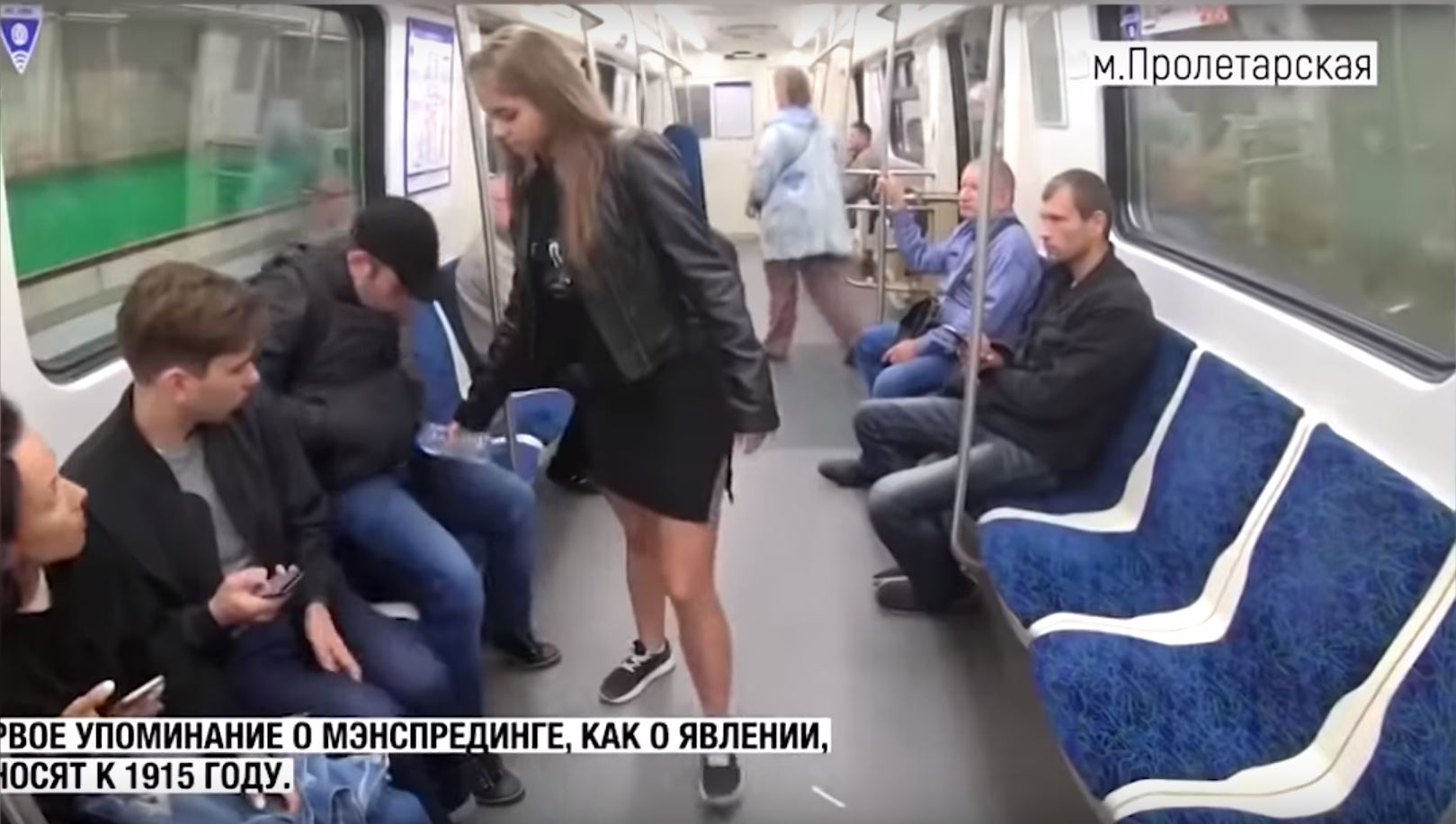 Holy f**ken cabbage rolls, gents, it turns out it’s safe to manspread the shit out of your legs on public transport after all. What a bloody relief that is! After a video last week infuriated the sh*t out of red-blooded males everywhere and made them think they’d never be able to sit comfortably on the train again, people were worried. Well, you needn’t be. It turns out that widely spread video about the Russian feminazi who poured bleach on dudes ‘manspreading’ on the train was actually a load of borscht.

All right, you probably remember that video fairly well. It was f**ken huge on social media last week, In it, a young Russian feminazi assaulted men on trains with bleach when they were ‘manspreading’. Yeah, deadset, the cheeky bitch was straight up drenching any dude sitting with his legs apart in ‘bleach’. How f**ked is that?

Well, it turns out the video wasn’t that f**ked at all actually. Yeah, nah, it wasn’t real. All of the dudes who copped a drenching were paid actors. But wait, just f**ken wait, the conspiracy goes deeper still. The chick wielding the bleach – Anna Dovgalyuk – was put up to it by The Now, an English-language social media channel owned by the Kremlin. 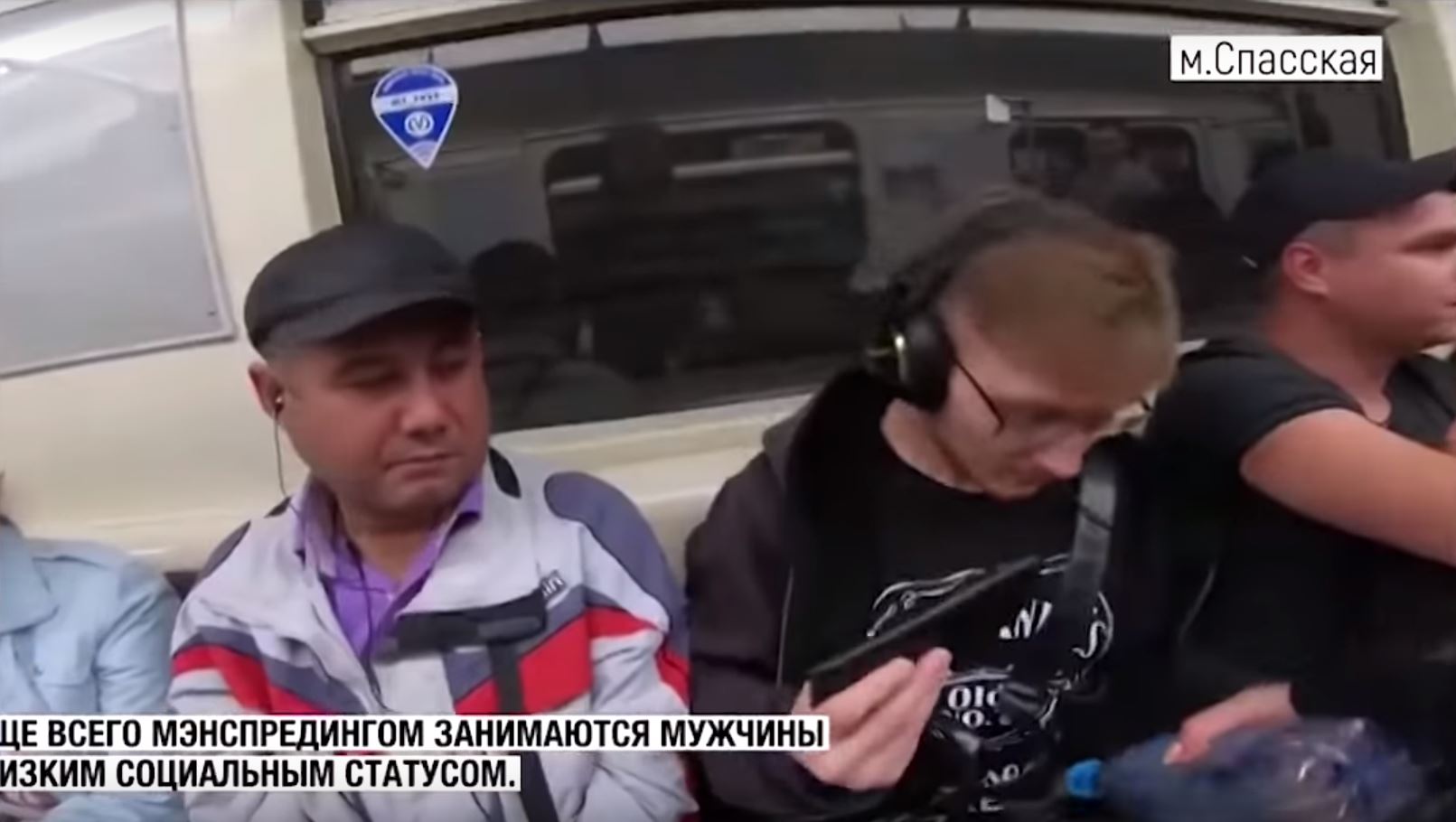 F**ken Russians, man. Still, shame on us for believing it. We should have known that no self-respecting feminist would be seen dead using a common laundry product to clean dude’s clothes for them.

Anyway, EU versus Disinformation, a group dedicated to debunking pro-Kremlin bullsh*t points the way to several of the actors playing ‘manspreading’ dudes on the train talking about getting paid for helping to make the video. Going further down the rabbit hole, the studio that filmed it has made Kremlin propaganda before.

So why this one, you ask? Well, apparently, by getting dudes in the West all pissed off about the ‘hateful behaviour’ of feminazis everywhere, they can crack down on them at home. Crikey. 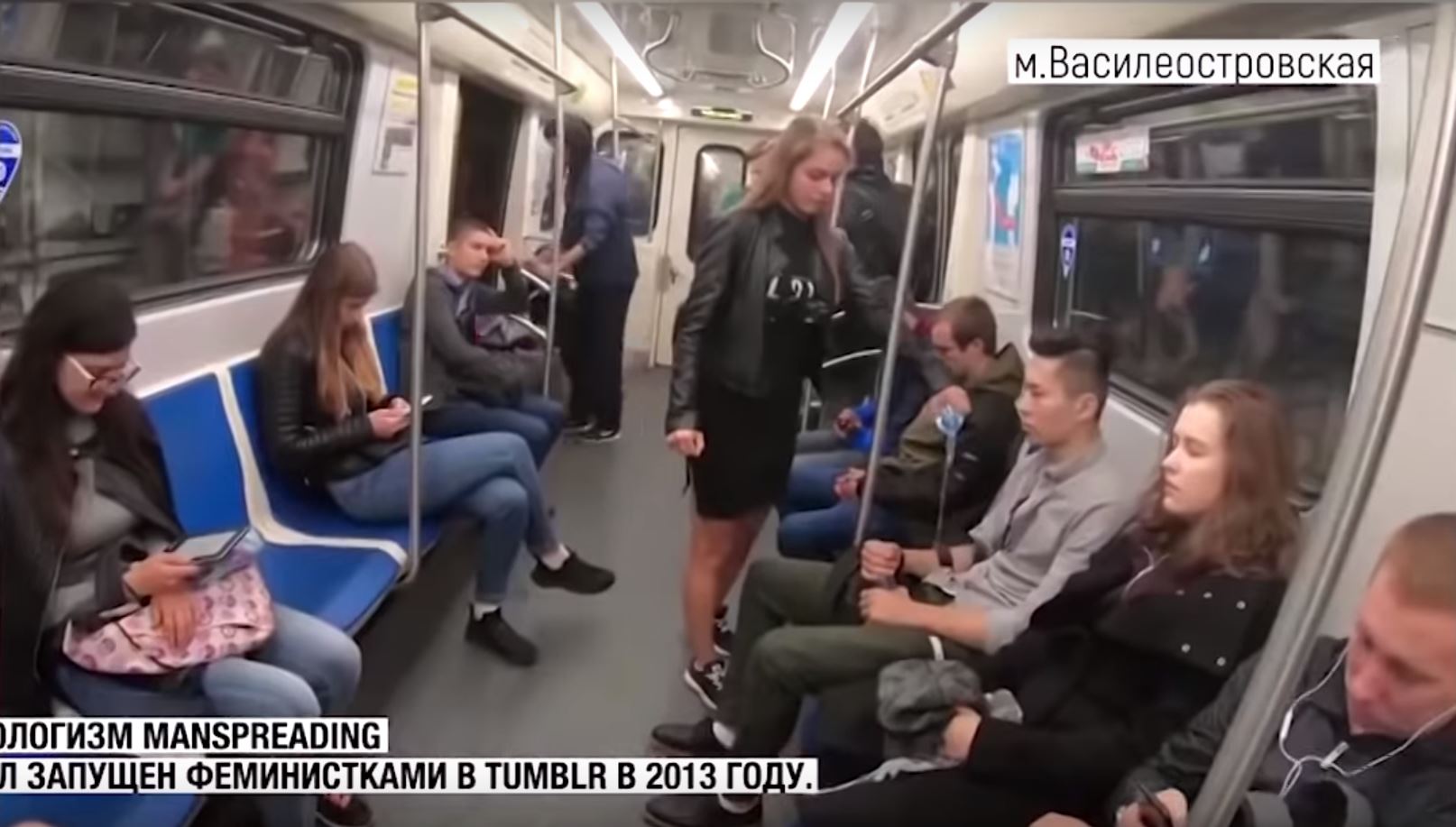 Final thought: We should be glad about this. Not because Russia is pretty easily filling the internet with propaganda, but because we can now manspread like our lives depend on it. F**ken get to it, chaps!