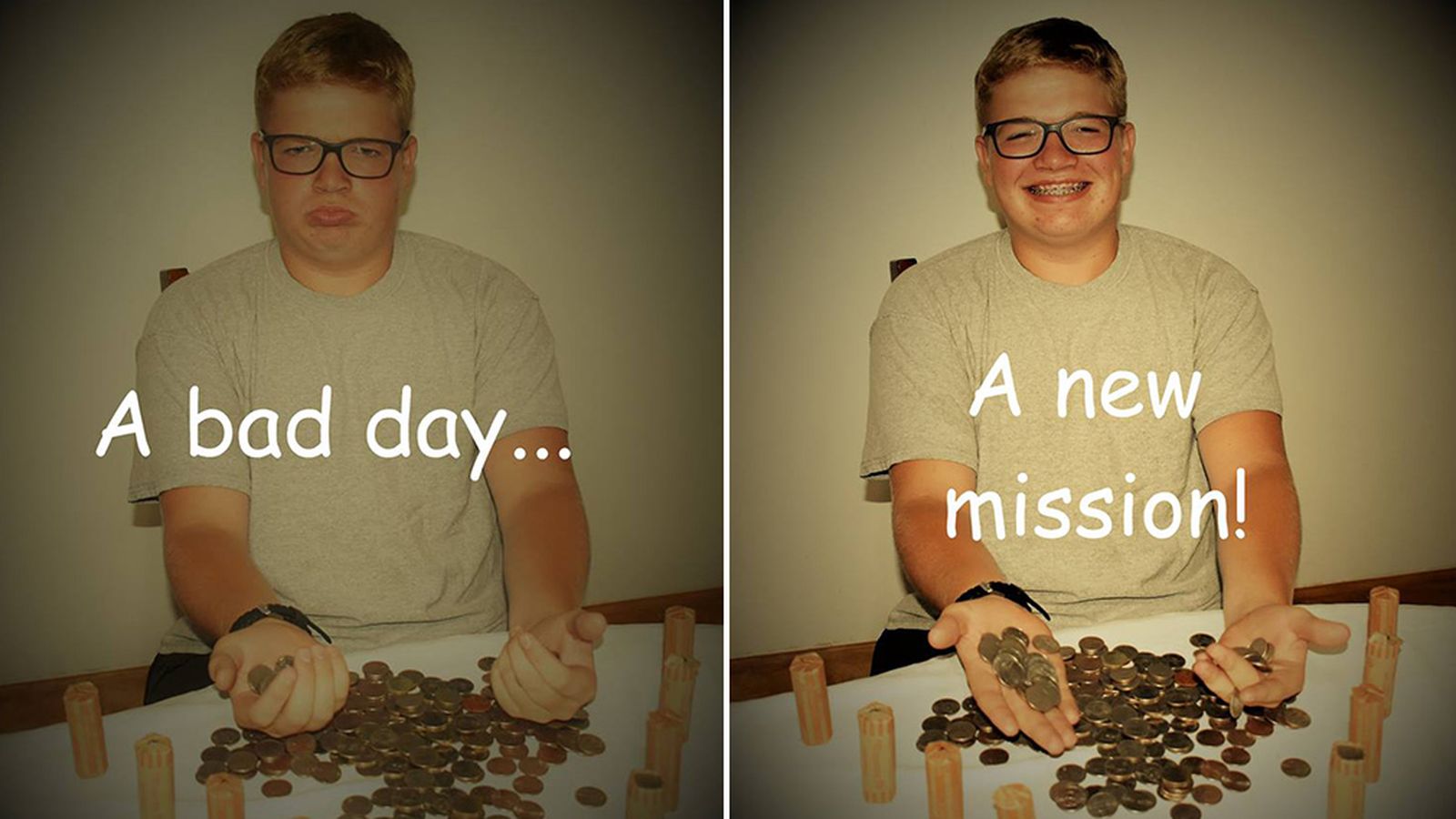 He's had the last laugh with this classy respo

Bloody hell! Talk about ungrateful. A young bloke shouting his mate a free lunch with all the quarters he’d earned as a tip at his own job has been called out and shamed by the Lynchburg restaurant they ate at despite the fact he paid half of it with a note and tipped them ten bucks!

Apparently, the staff at Beer 88 must have been having a bloody shocker of a day when young Cohen Naulty, a 17-year-old legend, took his mate out for a feed. For some reason, they weren’t happy with his method of payment. 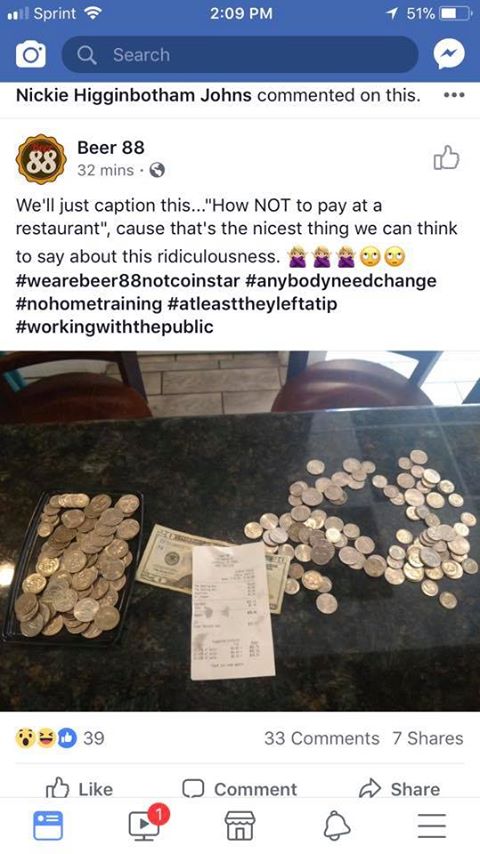 Instead of bitching about it out the back like normal people, they made the mistake of shaming young Cohen on Facebook. “We’ll just caption this ‘How NOT to pay at a restaurant’ ‘cause that’s the nicest thing we can say about this ridiculousness,” they wrote on the social media platform. They then hashtagged it with the phrase #Nohometraining. 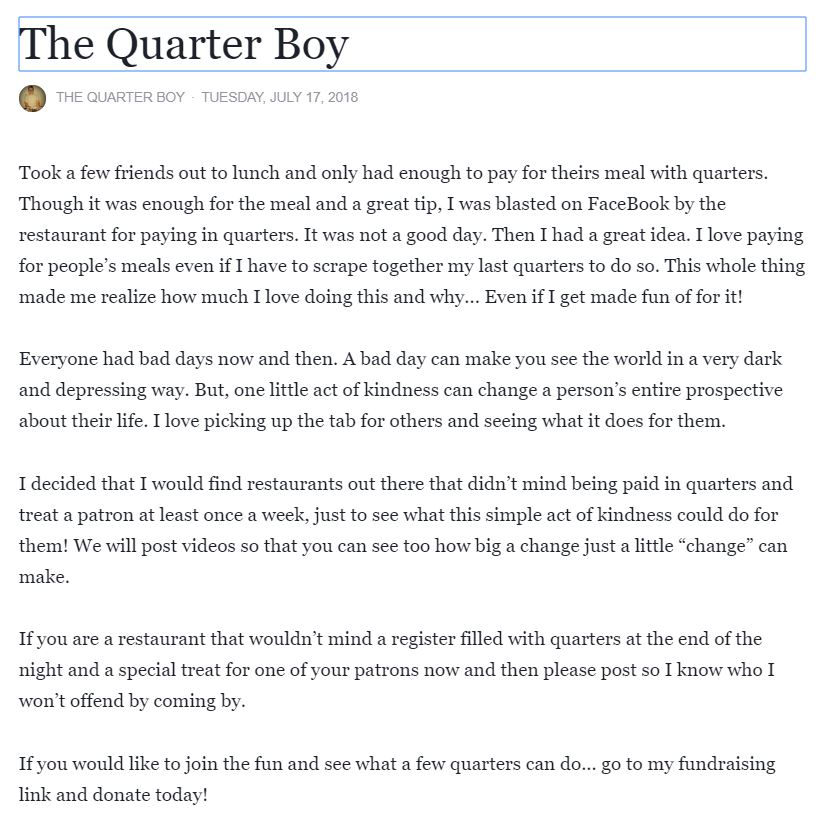 He’s had the last laugh with this classy response though. Credit: The Quarter Boy

Right, first, a question: coins are f**ken money, right? If you didn’t want them you could have discounted the little legend’s meal and gone without.

Anyway, as you can imagine, there’s been a backlash. I’d love to tell you that every Bob, Bruce and Shazza has been in there paying for sh*t with coins, but I don’t know if they have or not. Still, things are a bit sh*t there. Owner Yao Liu said she’d received threats about the post. Not that she wanted to take it down or anything though.

“I was going to delete it, then after all that they said, you know what, we’re not backing down, because, originally, we never mean anything bad to them,” she said. Yeah, nah, that’s not how apologies work. 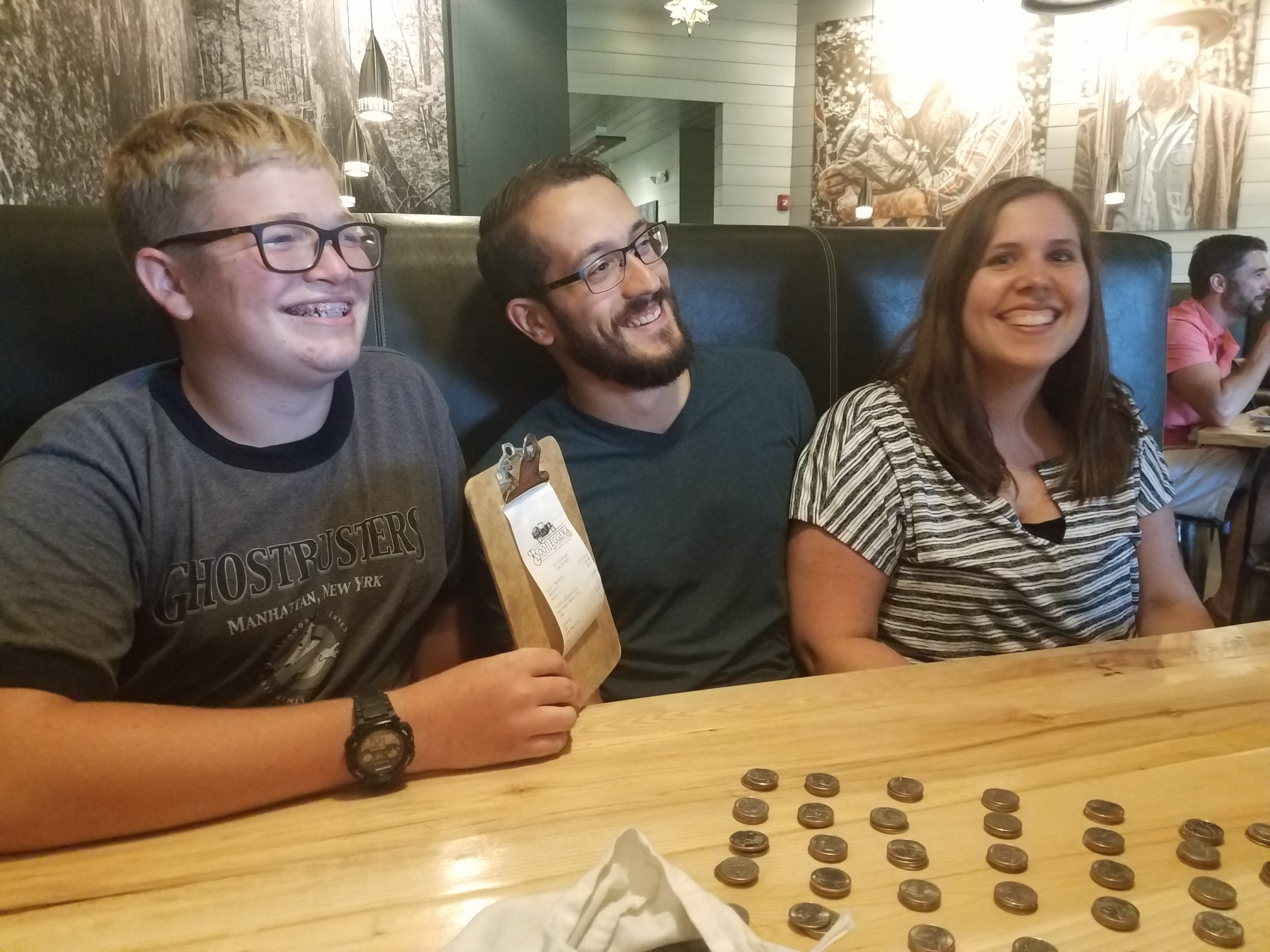 Raising funds in the most trollworthy way possible! Credit: The Quarter Boy/Facebook

Cohen though, what a little legend he’s turned out to be. After his initial disappointment, he’s turned the drama into a positive. He’s started a fundraising campaign on Facebook to pay for other people who can’t afford a meal – with quarters.

“Paying for someone’s meal can change a really bad day around in just one moment of kindness,” he wrote. I would like to keep this going and make it fun.” 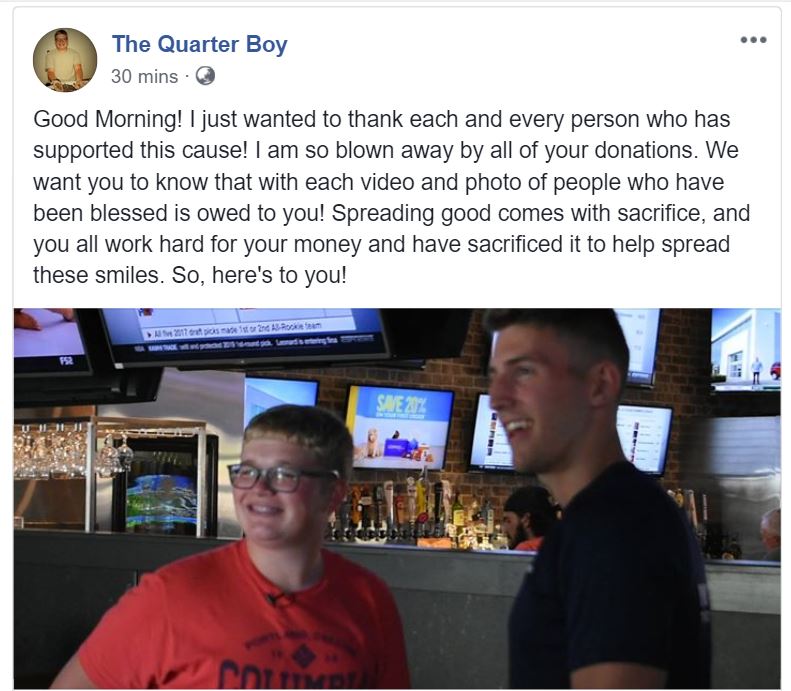 Final thought: Look, I know it’s hard work counting coins when you’ve got tonnes of important sh*t to do. But you know, it’s not like you’re at work and you can still deposit all that money in your account or anything? Come on, blokes and blokettes, let’s be better than that. Count the coins, take your tip, and shut the f**k up.