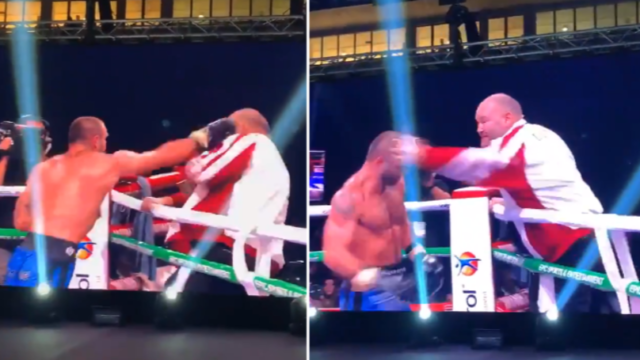 Angry Boxer Loses Control And Attacks His Own Trainer After Losing

Anyone who’s ever enjoyed a rollicking game of Monopoly with the family – and had to suffer a heavy defeat at the hands of the banker – has probably been told no one likes a sore loser. More often than not, that’s fair advice. Whether it’s a contest at home or a professional sporting contest, no one wants to see a loser making excuses. It’s undignified. So why are we telling you this? Well, because in Bulgaria, a boxer has belted his bloody trainer after losing a bout. What a bell-end! Check it out below… 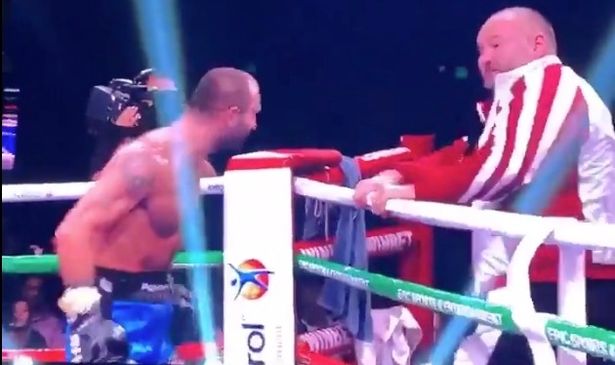 The poor-losing pugilist is a Georgian bloke by the name of Levan Shonia, and he’s been around for a while. His results are something of a mixed bag. He’s won fifteen and on eleven of those occasions, he’s knocked the other mother**ker out. That means when it comes to a points decision, he’s usually getting the sh**ty end of the stick. 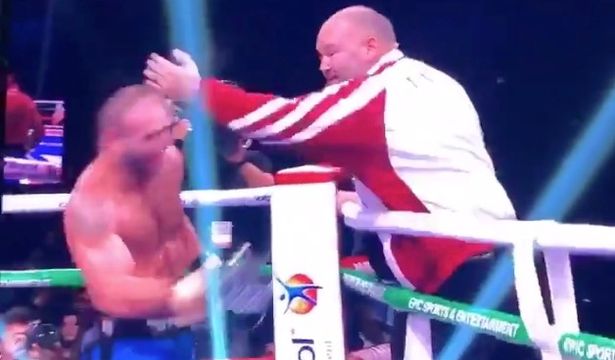 Anyway, after this particular bout, he finally cracked a f**ken wobbly. Yeah, deadset, instead of taking a long hard look at himself and realising that while he’s okay if he can land some punches, he might need to focus on his technique, he blames his trainer.

What makes it worse, is he didn’t even offer some salty words to the poor bloke and let him know they need to focus on the skills that’ll get him some points, he just f**ken unleashes the fury. He bloody well cracks him one. 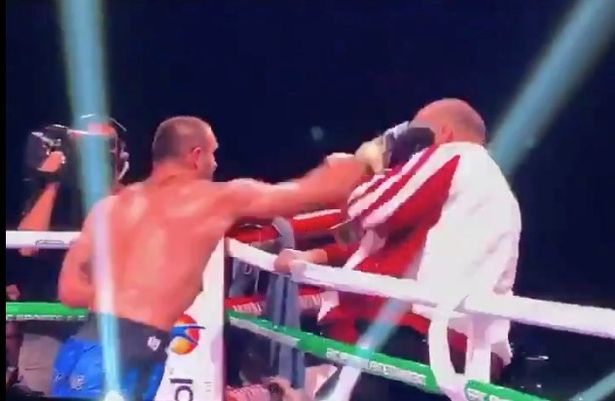 The coach, chagrined by this outrage, strikes one back, clipping the young bloke over the ear. Essentially, these two dudes are reprising the classic chorus of ‘f**k you, nah f**k you, nah actually f**k you.” Shonia gives him another one before the referee breaks it up.

The Bulgarian Boxing Authority is set to sanction the sore loser and punish him for bringing the sport into disrepute. 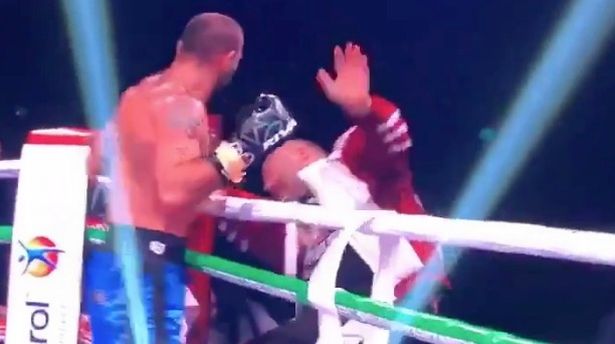 Final thought: Deadset, blokes, don’t be a f**ken sook. If you lose a competitive sporting match, a friendly round of banter, or even a bloody board game, don’t lose your sh*t. You’ll also lose your pride in the process.

?? Astonishing stuff from Bulgaria tonight as a boxer goes rogue after refusing to accept defeat and exchanges shots with his own coach. pic.twitter.com/mVsVOPB42p