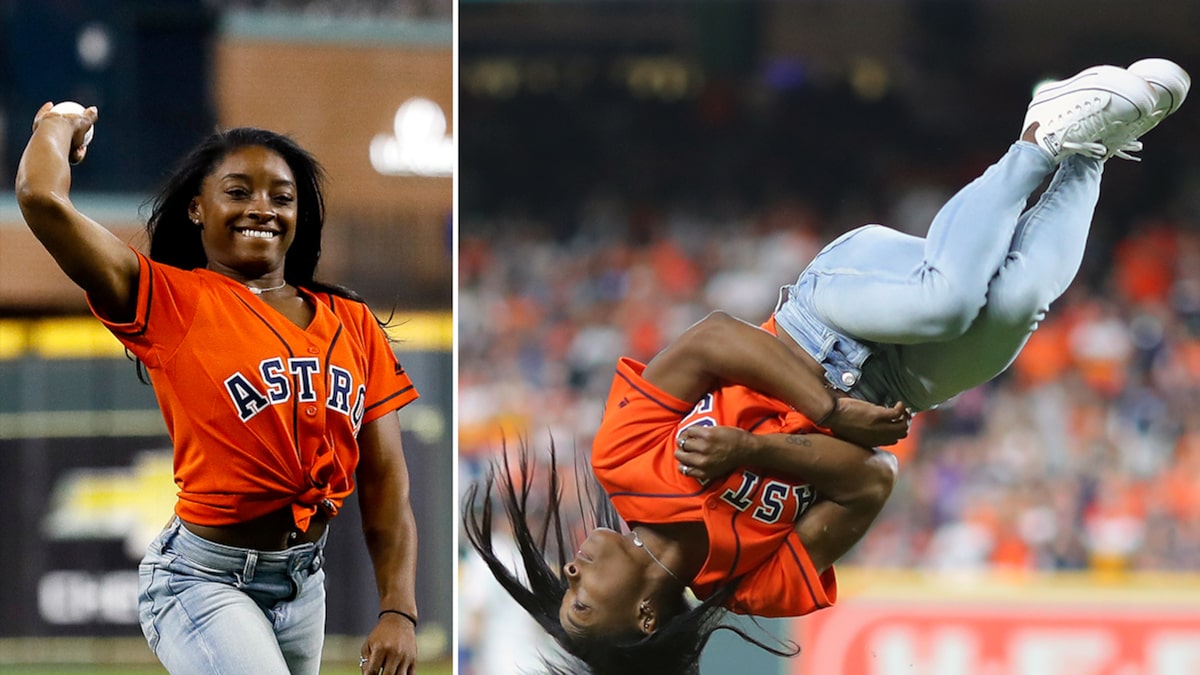 As you probably know, the World Series is a pretty bloody monumental event in baseball circles. Naturally, there’s a whole bunch of fanfare and ceremony that comes with it, and one of the things they do is invite a celebrity or sports star to get things started with the first pitch. This year, world champion gymnast and gold-medallist Simone Biles was asked to kickstart the game, and she did that in a way that you know we love here at Ozzy Man Reviews. With some epic flippy-spiny s**t! Check it out..

Rightio, if you don’t know who Simone Biles is, she’s kind of a big deal.

According to the internet, she’s the 2016 Olympic individual all-around, vault and floor gold medalist, and balance beam bronze medallist.

She was also part of the gold-medal-winning team dubbed the “Final Five” at the 2016 Summer Olympics in Rio de Janeiro. 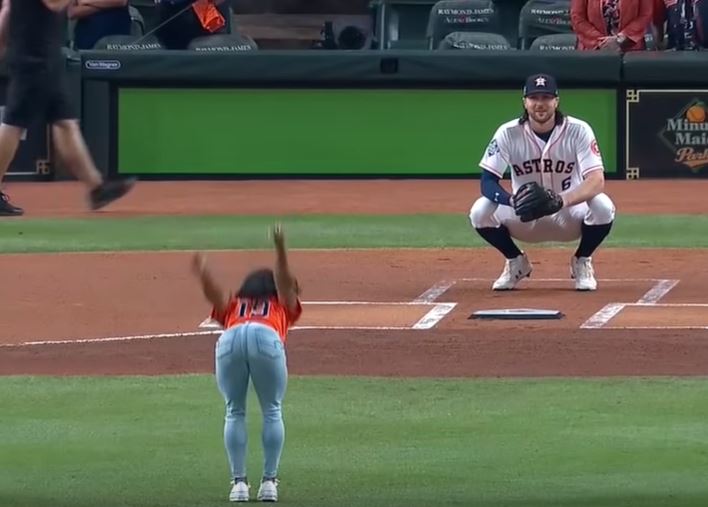 So it was only natural that she busted out an awesome demonstration of her agility before the World Series got started. Before taking the mound she took a little bit of a stance and then f**ken bam! Twisting backflip! 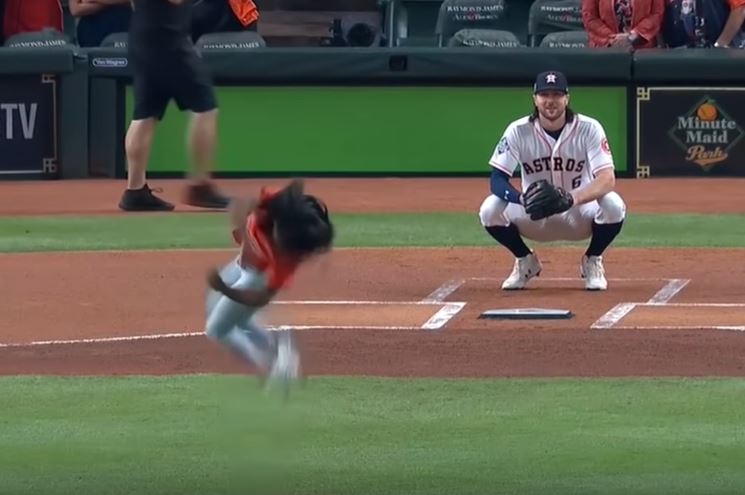 From there, she steps into the throw and lollipops the pitch to Houston Astros player Jake Marisnick. As you can imagine, the crows loved Biles moves and gave her a grand old cheer as Marisnick signed the ball and gave it to her. 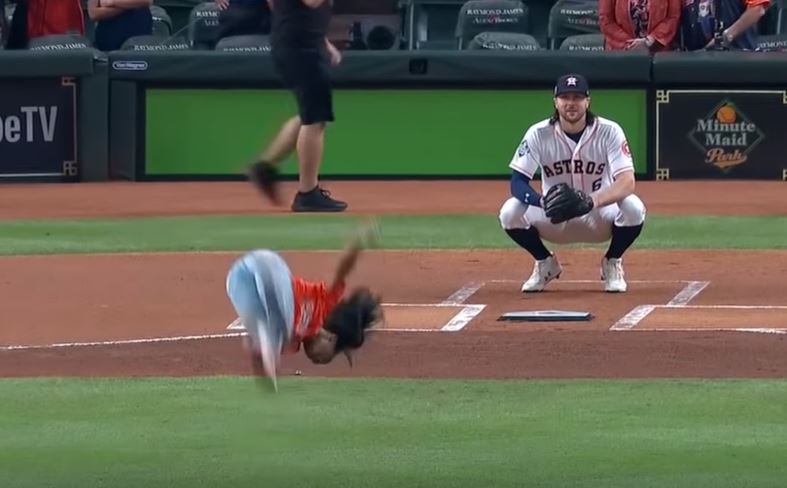 Still, even though she’s got some pretty awesome accolades under her belt, the Olympic star had to contend with some nerves! “Gymnastics is the only sport I’ve ever done, so when it comes to anything else, I’m literally terrified. So, I get more nervous doing this stuff than competing, which is really weird. So, yeah, hopefully I don’t end up on celebrity fails.” 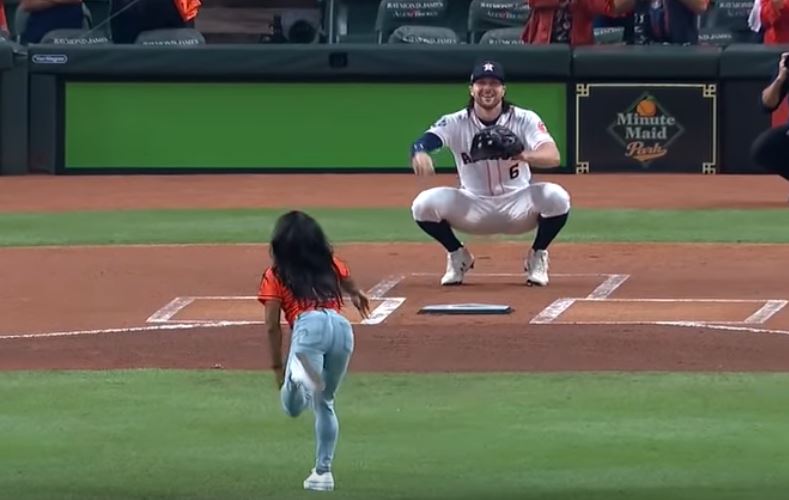 Final thought: Pretty safe to say this one’s not going to end up on any celebrity fails compilations anytime soon. Yeah, nah, you don’t see many blokes or sheilas just casually flipping like a ninja before they start one of the most famous sporting events in the world. Good s**t, Simone. Good s**t.