It’s pretty well known that if you’re under arrest the last thing you should do is act in a way that makes the situation worse. Of course, most people who actually are under arrest didn’t get there by making a series of good choices. Yeah, nah, far from it. So when the sheila in this video was under arrest, she continued as she started: by acting out and making things way worse than they might have been already. While being handcuffed, she decided to press her arse all over the cop while moaning and groaning.

To start off with, context for this one’s pretty thin on the ground. Apparently, the arrest happened in a well-known night-spot, but we don’t really have any clue why the sheila’s under arrest. Yeah, nah, we know Buckleys about her alleged crimes. 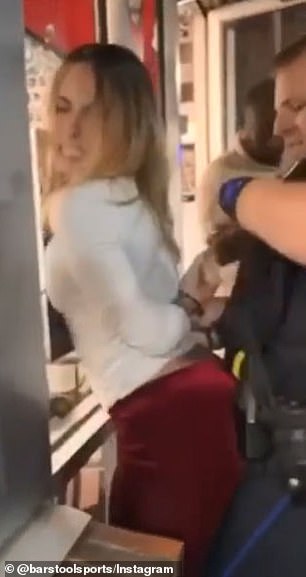 What we do know, though, is that she responds to the arrest in a pretty strange way. While being handcuffed, she decides to start making the kind of noises weird kids make when the substitute teacher’s in for the day. You know the ones, don’t pretend you don’t.

Essentially, she starts moaning and groaning like she’s getting railed silly, before thrusting her arse into the cops junk and grinding it back and forth. “You like that,” she asks? “You like that?’ 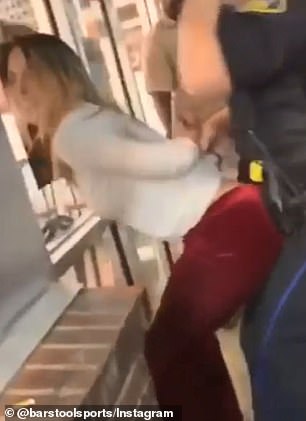 The cop, for what it’s worth, is super-professional. He just calls for back-up and keeps tightening the handcuffs. Obviously, being what it is, there’s a whole bunch of people laughing in the background, but the cop doesn’t let that affect him.

We don’t know what happened to the sheila after the fact as there’s only six seconds of video, but you have to assume she spent the night in the slammer. After all, whatever you make of the circumstances, that s**t wouldn’t fly if it was a bloke doing it to a woman. It’s unwelcome conduct no matter how you look at it. 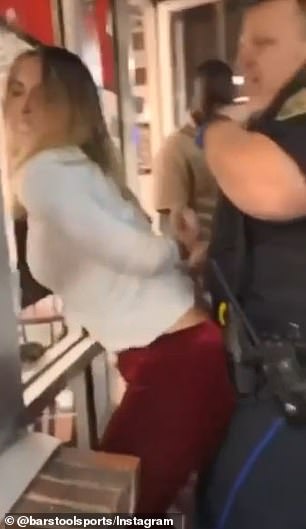 Final thought: So, yeah, while the obvious reason for the chick’s response is that she was pretty bloody inebriated, you’ve got to admit that it’s pretty disrespectful behaviour. In a worst-case scenario, the cop’s probably going to be glad it was all caught on film. You never know how someone’s going to try to spin an event like this into a sensationalist news story.

If you’ve been out an about lately, you’ve probably noticed that the most maligned of dodgy haircuts – the mullet – has been making something of a comeback. Deadset, if you’ve thought that over the last few months, th...

The internet has given us some marvellous things. It really has. It’s also opened the door to all sorts of strange fascinations and kinks. And, nah, yeah, nah, there’s nothing wrong with that, it’s just that sometimes...