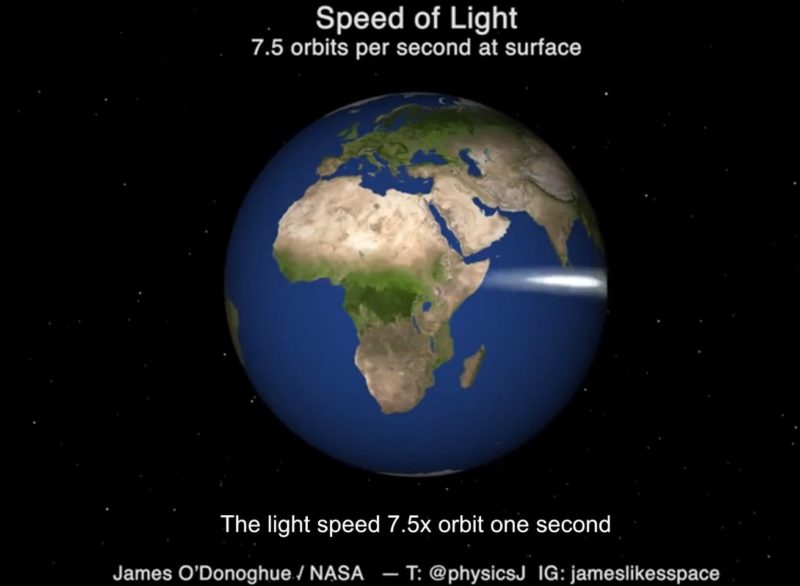 Look, we all know that if there’s one thing that’s really bloody quick, it’s the speed of light. Deadset, it’s pretty much the go-to for referencing things that move really quickly. And that’s one of the things that’s been getting on planetary scientist, James O’Donoghue’s goat. While we often talk about the speed of light in hyperbolic terms, he’s like, ‘settle down, ya larrikins. It’s not as quick as you think.’ He even made some animations to prove it. Check ‘em out…

Look, we’re gonna get a disclaimer out of the way straight away. The way you read this will probably depend on whether you’re a glass half-full or a glass half-empty kinda bloke. You might think that travelling the distances O’Donoghue mentions in the timeframes he provides is pretty impressive. But, and it’s a big but, he made the videos, so you’re gonna have to deal.

His point comes from the fact that he recognises the speed of light (299,792km per second) is even faster than the speed at which a dodgy curry travels through your intestines, but if you’re trying to communicate to people at the other end of that distance, it’s still a bit s**t.

To communicate that point, he made some pretty rad animations that show exactly how long you have to wait for light to reach different places in the galaxy. “My animations were made to show as instantly as possible the whole context of what I’m trying to convey,” he said. 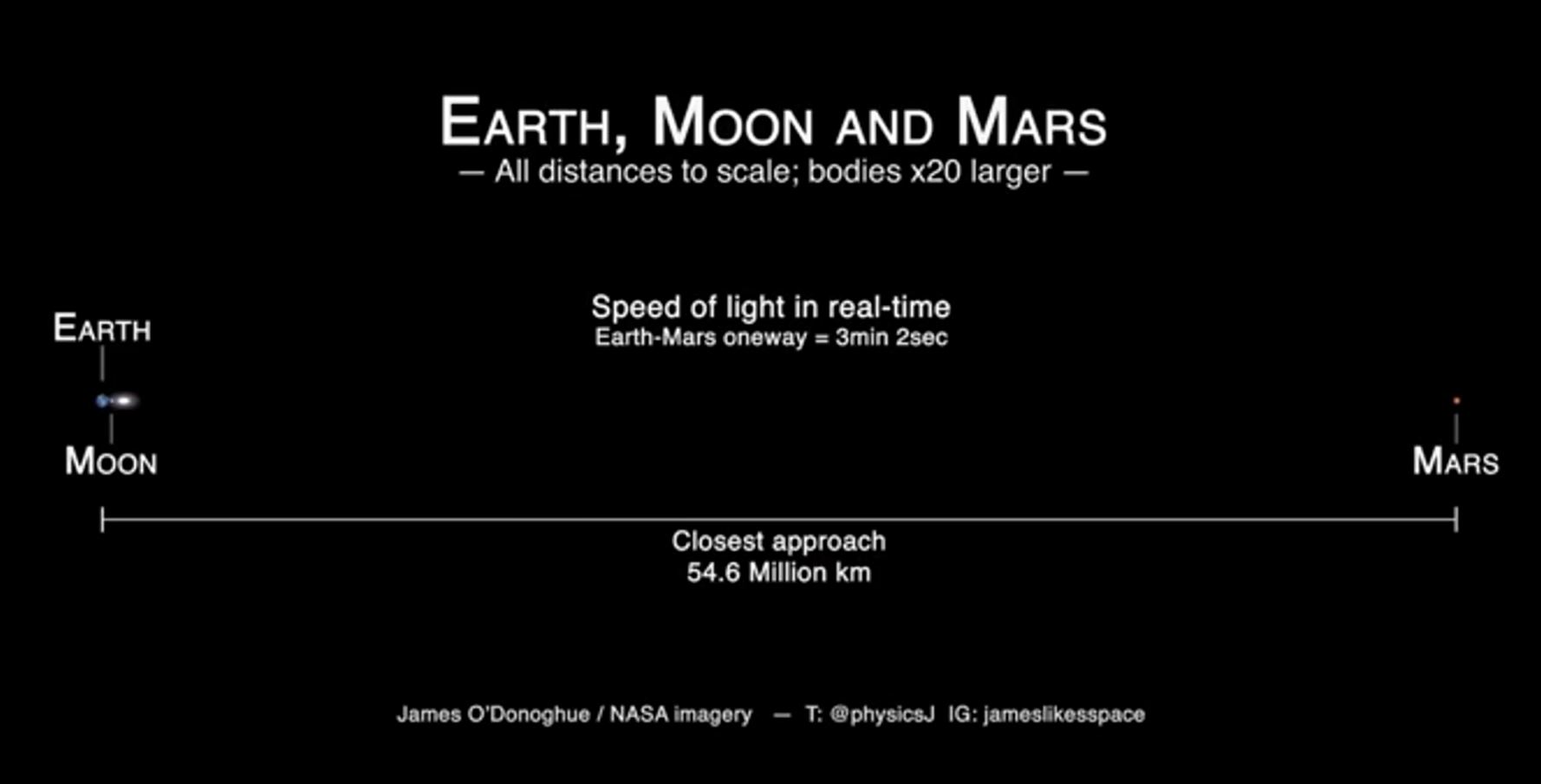 Using his images, it’s possible to actually get some scale on the amount of time it takes light from various stars and planetary objects to reach Earth (and other places). Basically, this means that if you were chatting to someone on Mars, it would take more than 6 minutes to hear their response to your question.

In real terms, that means that instructions given to remote-controlled technology – or other people – from a distance need to be carefully planned in advance. 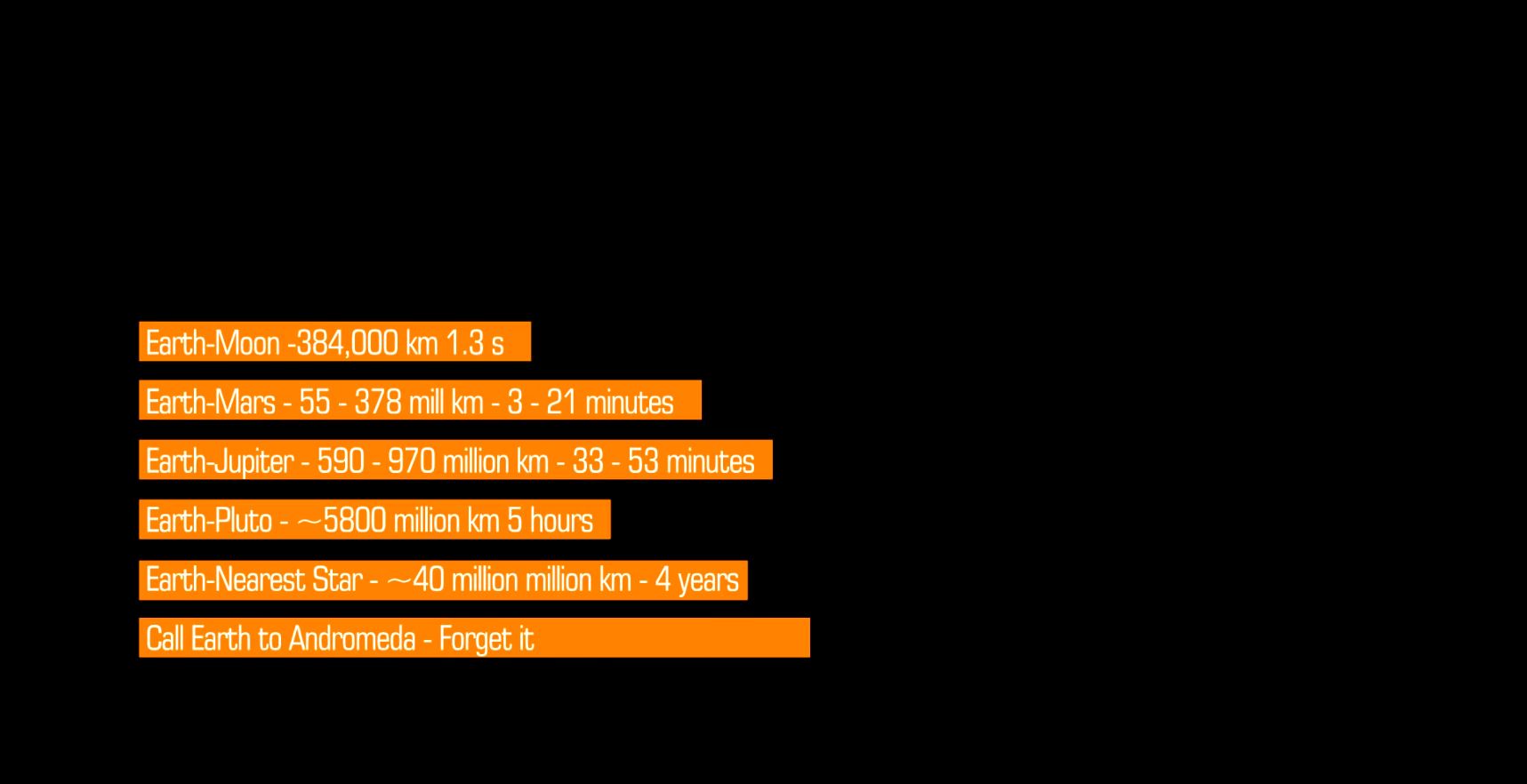 Final thought: As we said before, you can probably look at this from both angles and have it make sense. After all – Earth to Mars and back in 6 minutes is pretty swish, but if you’re using drones to fight little green men, that’s got to be a pain in the arse.