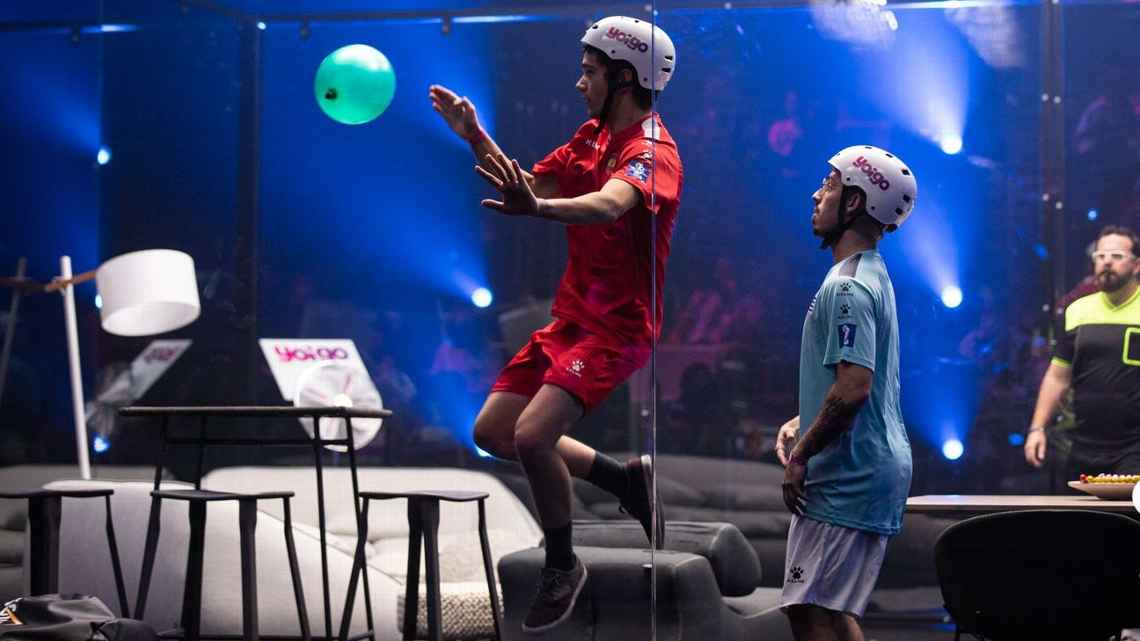 Here at Ozzy Man Reviews, we’ve got a proud tradition of reviewing some of the most exciting moments in the most underrated sports. Yeah, nah, when it comes to flippy-spinny s**t, flappy-whacky s**t, and tricky-dicky s**t, we’re all over it. With that in mind, we bring you the Balloon World Cup.

Okay, before we get into this epic balloon world cup final, we’ve gotta give you some context. Organised by Barcelona legend Gerard Pique, this year’s was the inaugural competition, and the final was an epic contest between Peru’s Francesco de la Cruz, the eventual winner, and Germany’s Jan Spiess.

In the footage you’ll see below, the contest is fast and furious, and it takes place on a court that delivers all the f**ken chaos deserving of this brand new sport.

When it starts, you can see the balloon wafting through the air as the two players fall over themselves as they desperately try to keep it afloat. That’s because the rules are pretty much what you’d expect they are.

Obviously, the Spanish commentary only adds to the excitement, but this is a f**ken thrill-a-minute contest. As the players dodge obstacles, slip, leap, spin and try to wrong-foot their opponent with wily placement, the balloon just floats happily around the room with all the menace of a fluffy white cloud.

Eventually, the final battleground, though, is the car. For some reason, it’s been parked in the middle of this lounge-room, and it certainly creates a proper danger-zone in this pitched battle. We don’t think this is the match-winning play, but after some desperate measures, de la Cruz finally uses the car to his advantage and places the balloon in a spot Spiess will never reach.

All we can say is that we hope this s**t catches on, and we get more of it. Deadset, that s**t would be grouse.

Final thought: We’ve gotta say that we reckon the world needs more sporting contests like this. There’s something very wholesome about a competitive meeting of a domestic sport. Deadset, this is the kinda thing we reckon many of you would have a good chance of winning. So, with that said, what should be the next sport of this nature that gets a proper f**ken world cup? Let us know!