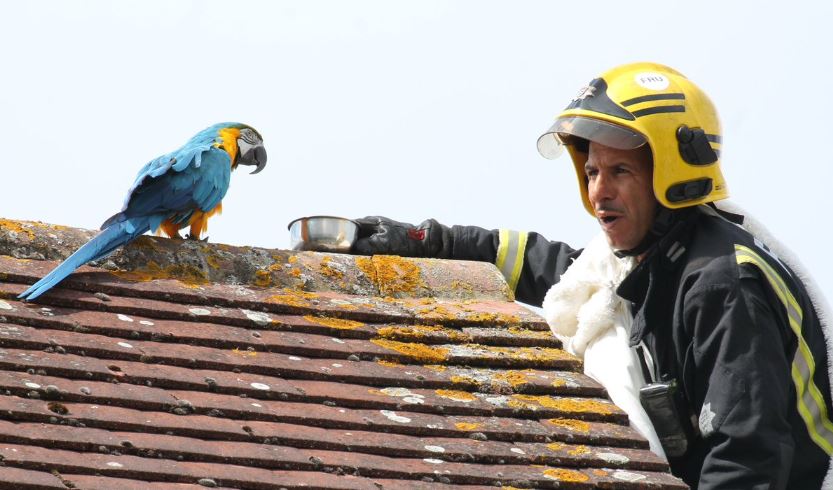 You know, for all the cheeky, belligerent and angry animals we invite onto Ozzy Man Reviews, we really don’t see enough parrots. And that kinda sucks. Parrots are f**ken awesome. Not only are they gorgeous little buggers, but they can bloody well talk too. Sh*t, more than that, some of ‘em can swear like troopers. If you know any Ozzies, you’ll know it’s a skill that can lead to some pretty interesting situations…

With that in mind, meet Jessie the Macaw. Jessie’s an interesting and complex little parrot. Sometimes she just needs to escape company and be a little introspective. She likes solace and poetry. She’s also stubborn as f**k. 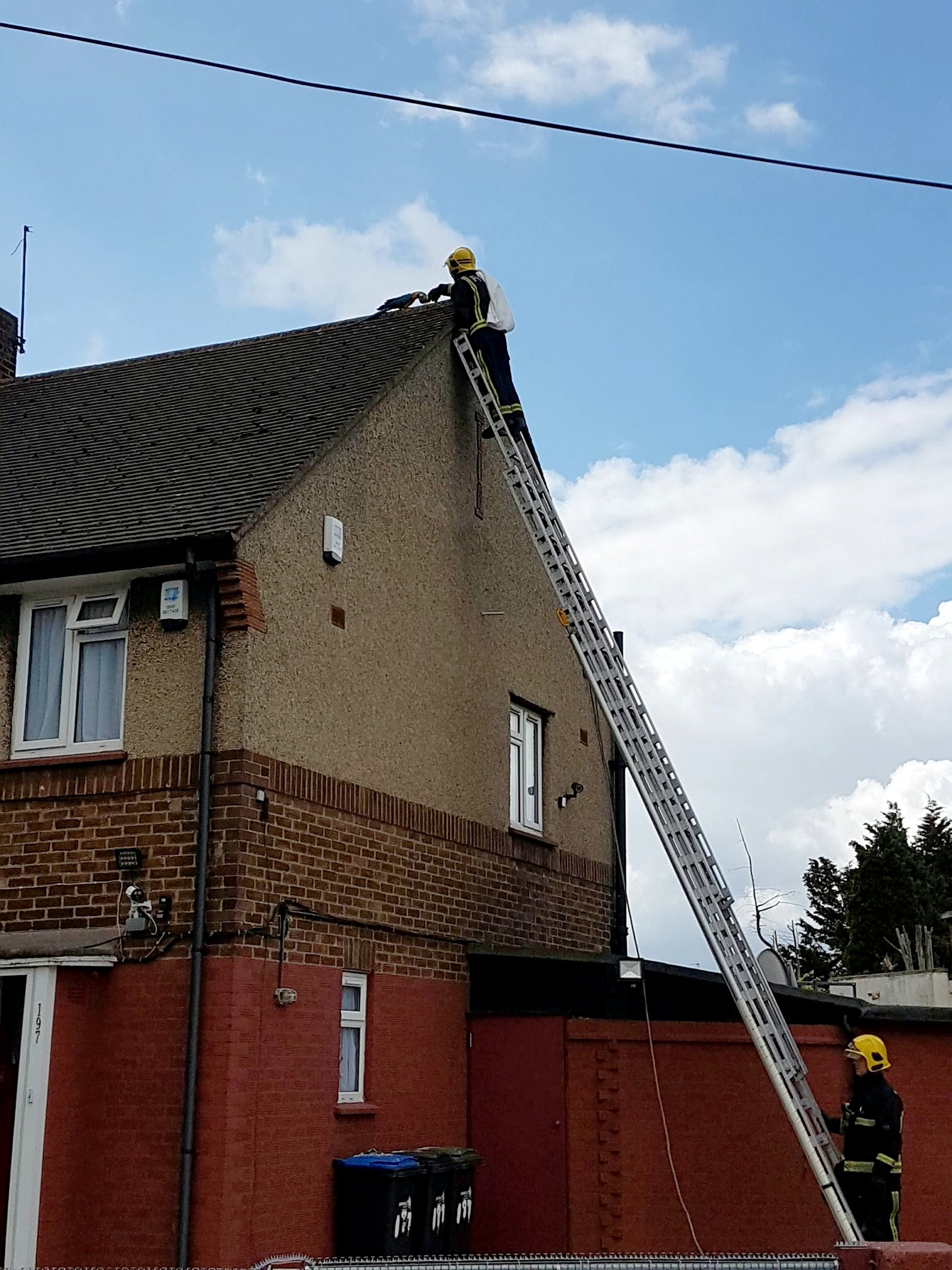 So when she escaped the cage and flew onto the roof, her owners weren’t too worried at first. After all, Jessie knew where dinner was. She knew that she could come home any time she wanted. But as the clock ticked and the hours melted into days, her family began to think their temperamental little parrot might have hurt herself.

So they called the fire brigade. Watch Manager Chris Swallow, who was at the scene, said: “Our crew manager was the willing volunteer who went up the ladder to try and bring Jessie down. We were told that to bond with the parrot, you have to tell her ‘I love you’, which is exactly what the crew manager did. While Jessie responded ‘I love you’ back, we then discovered that she had a bit of a foul mouth and kept swearing, much to our amusement. Jessie also speaks Turkish and Greek, so we tried telling her to ‘come’ in both those languages too.”

Unfortunately, that wasn’t going to convince Jessie. She told the laughing fireman to ‘f**k off’ and flew onto another roof. In response, the fire fighters did just that. Realising that Jessie wasn’t injured and they would be unable to catch her, they decided to give her the time she needed.

Eventually, Jessie did return home. Her family filmed the following video of her apologising to the fire fighters for her cranky attitude.

Jessie the parrot in now home safe & sound with her owner and she had this to say to the firefighters who came to help her in #Edmonton https://t.co/Th2nlVCq7I pic.twitter.com/3ABkzH2nHY

Final thought: Don’t worry, Jessie, we all know what it’s like to long for three days alone on a roof where you can watch the world turn in isolation. Unlike you, we don’t get to do it, but as long as your family know you’re all right, you keep it up, ya bloody legend.