This Paragliding couch potato will make your palms sweat

Chilling the f**k out on your couch is a pretty bloody swish thing to do at the best of times. Deadset, if you know the feeling of wanting to just sit on your arse, watch cartoons and eat potato chips when you know you should be doing other s**t, you’ve probably got something in common with Turkish paragliding instructor, Hasan Kaval. This dude loves that s**t so much, he rigged up a paragliding couch to a paragliding television and took to the sky…

Before we go into this one, you have to know that any quotes or paraphrasing we’ve got here for you come courtesy of Google translate. If you speak Turkish and you need to correct us, just keep that in mind. We’re trying here, all right. 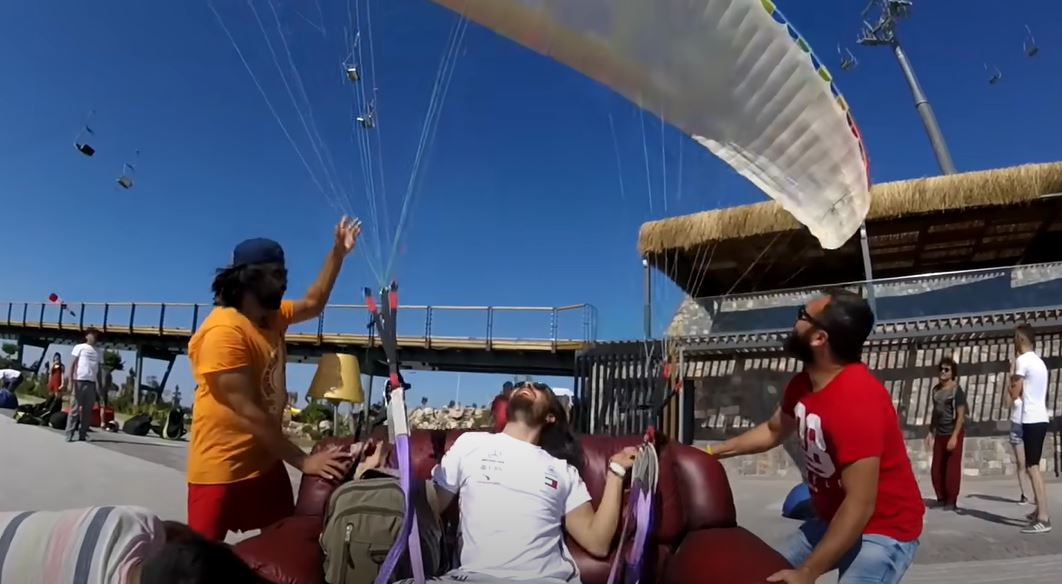 Anyway having said all that, Hasan, who’s a bit of a legend judging from his stunt here, reckons he wanted to prove just how safe paragliding was to people, and he figured the best way to that was in total comfort. 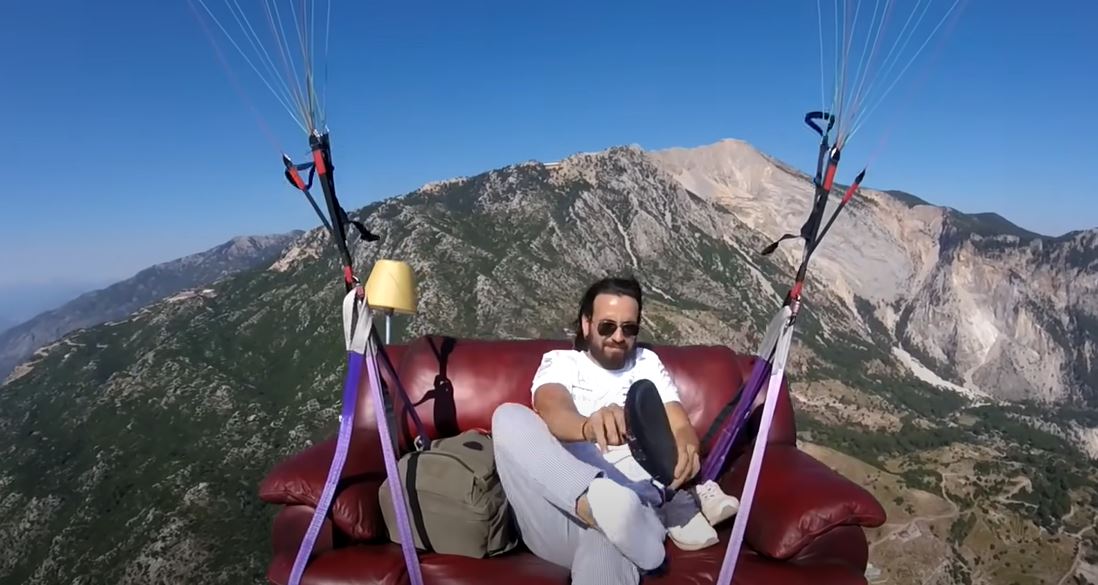 Have a bloody squiz at his video, and you’ll see him gliding above the scenic surrounds of Babadağ in Turkey. Once he’s up in the sky on his handmade paragliding lounge room, you’ll see him watch cartoons, shuffle around on his seat, and munch on chips while he proves his point. 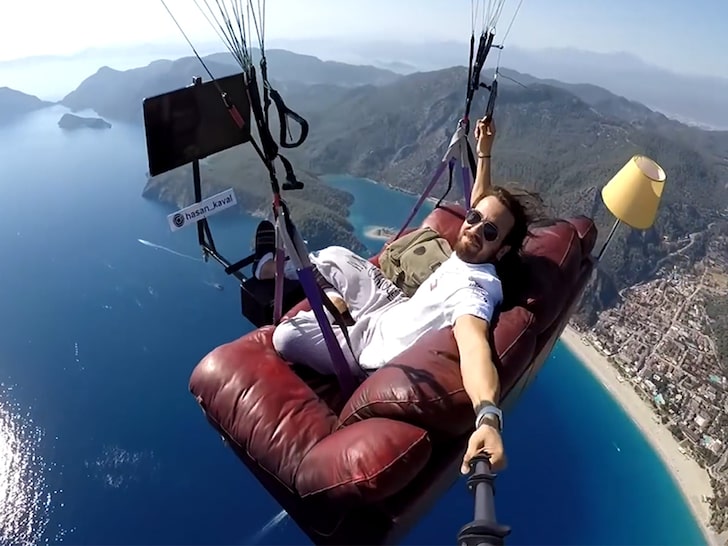 Crazily, though, he goes to extremes to prove his point – although perhaps it’s sheer laziness! The dude’s not even strapped in. Yeah, nah, he’s just cruising without any concerns at all. 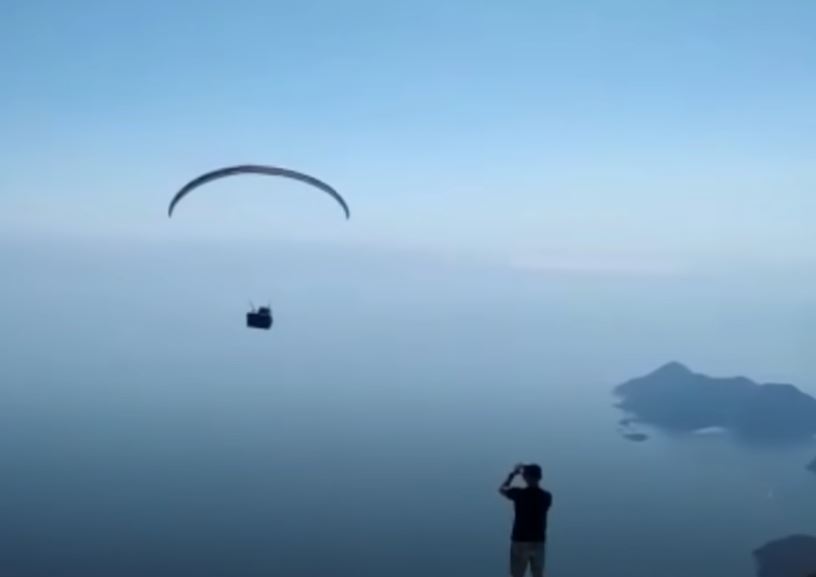 Once it was all over, he’s supposedly claimed that he felt safe and secure the whole time. F**ken hell!

Final thought: Look, we’re totally there with you if you’re claiming this is a hectic bloody stunt. Yeah, nah, you can’t deny that the visual is spectacular, and the dude needs balls of steel to pull it off, but f**k us sideways, you’d think that strapping yourself in would be the bare minimum. Anyway, let us know what you reckon in the Facebook comments section.