All right, we know that releasing this one puts us at risk of outing a classic ‘Strayan prank that’s usually reserved for gullible tourists, but it’s too bloody good not to share. Basically, what we’ve got here in ‘Straya is two main types of koalas – the standard vegetarian one, and the less friendly carnivorous one. And, yeah, nah, we’re not sh**ting you. Basically, the prank is to get a friendly one and tell the tourists to watch out because it’s a bloody meat-eater. It doesn’t always work, but when it does, well, check this s**t out.

If you’re unaware of drop bears, you really do need to know a little bit about them if you’re ever coming to ‘Straya and going on a bushwalk.

These f**kers are highly-developed ambush predators.

They hide in the foliage of trees, and then, when a critter like a kangaroo or a bloody emu goes wandering by, they f**ken pounce. 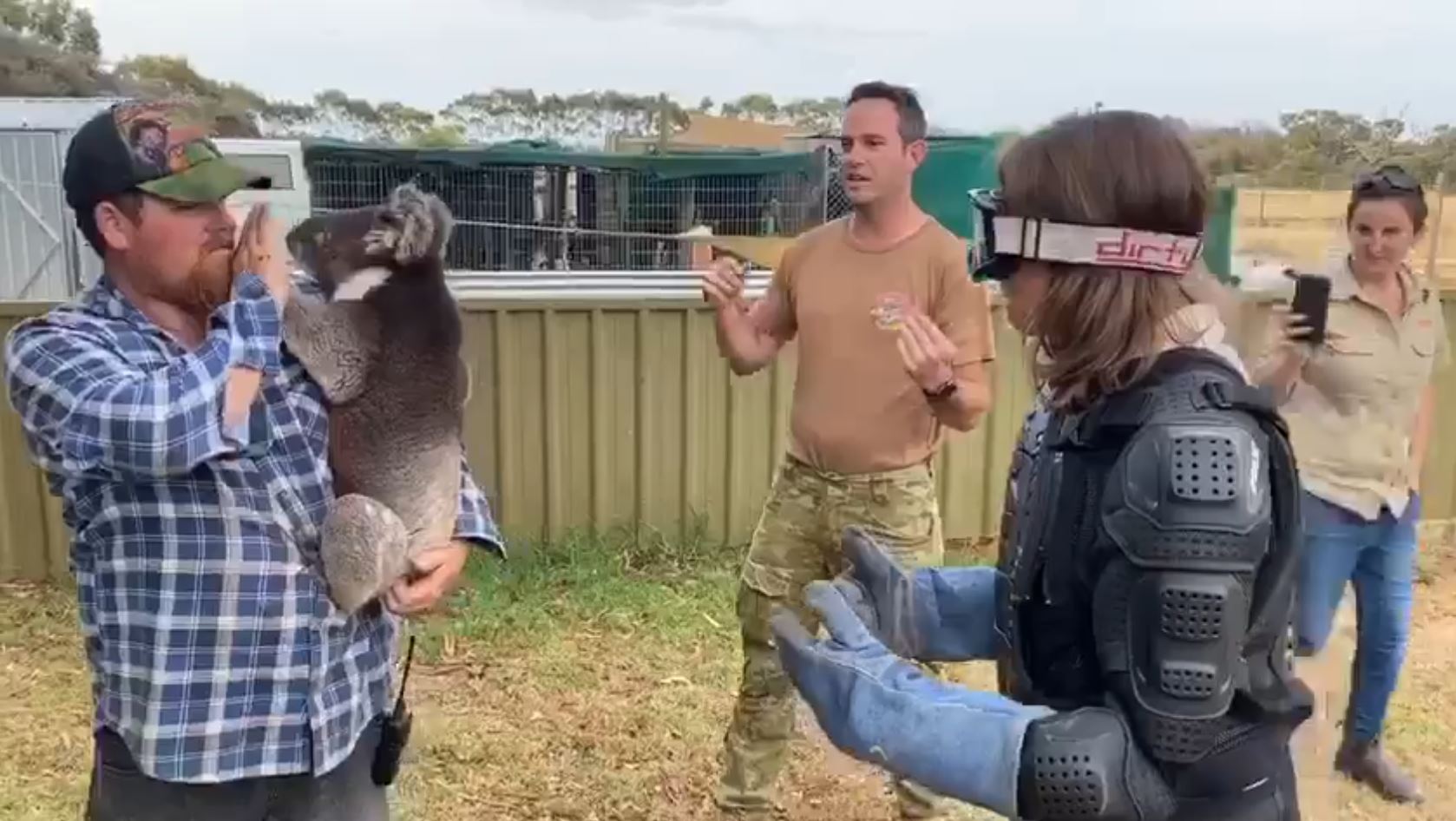 It’s quick, it’s brutal, and they’ve been known to take down people as well. You’ll discover a bit more about ‘em in the video down below, but basically, if you’re heading out bush, and into their territory, you need to rub a bit of vegemite on your ears. And again, we’re not f**king with you. This is pretty much the home of the deadly animal after all. 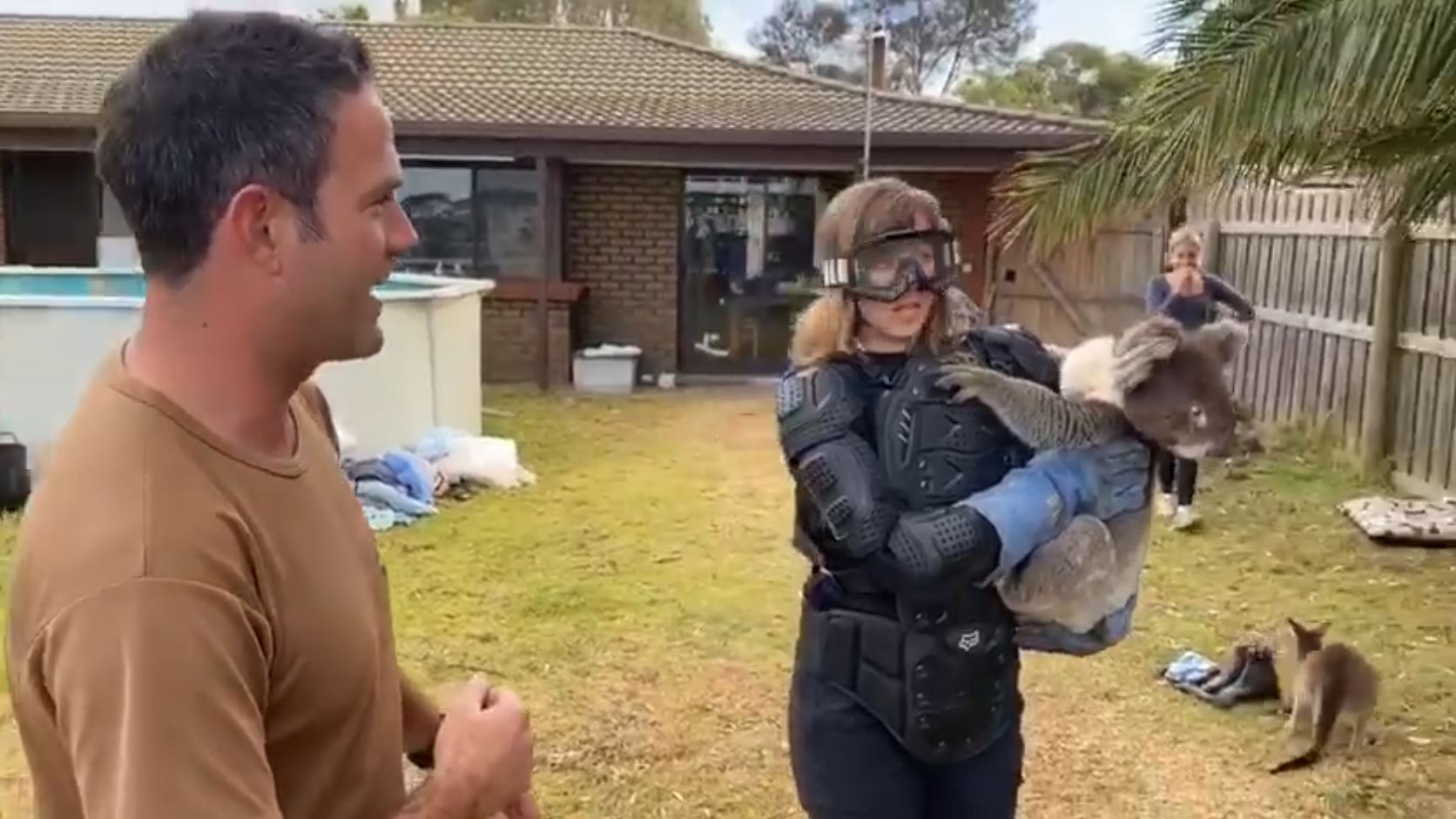 So when Debi Edward was sent to our big bewdiful country to report on the bushfires, some of the locals thought she was ripe for a bit of pranking. They got her all set-up to handle a real drop bear – complete with goggles, body armour, gloves, and boots. Naturally, a real one’s far too dangerous for just anyone to handle, so they give her one that eats salad instead. They just didn’t tell her that. 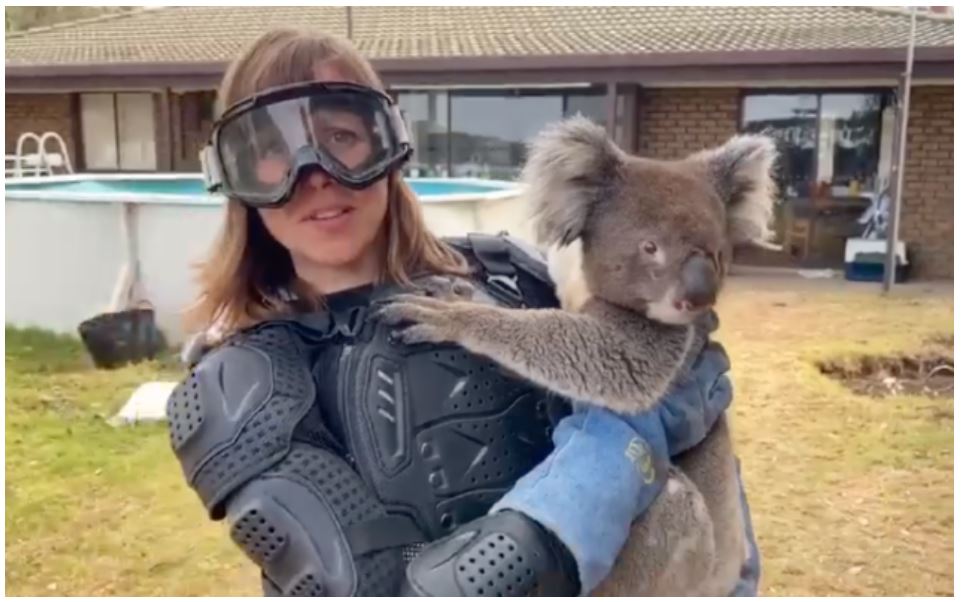 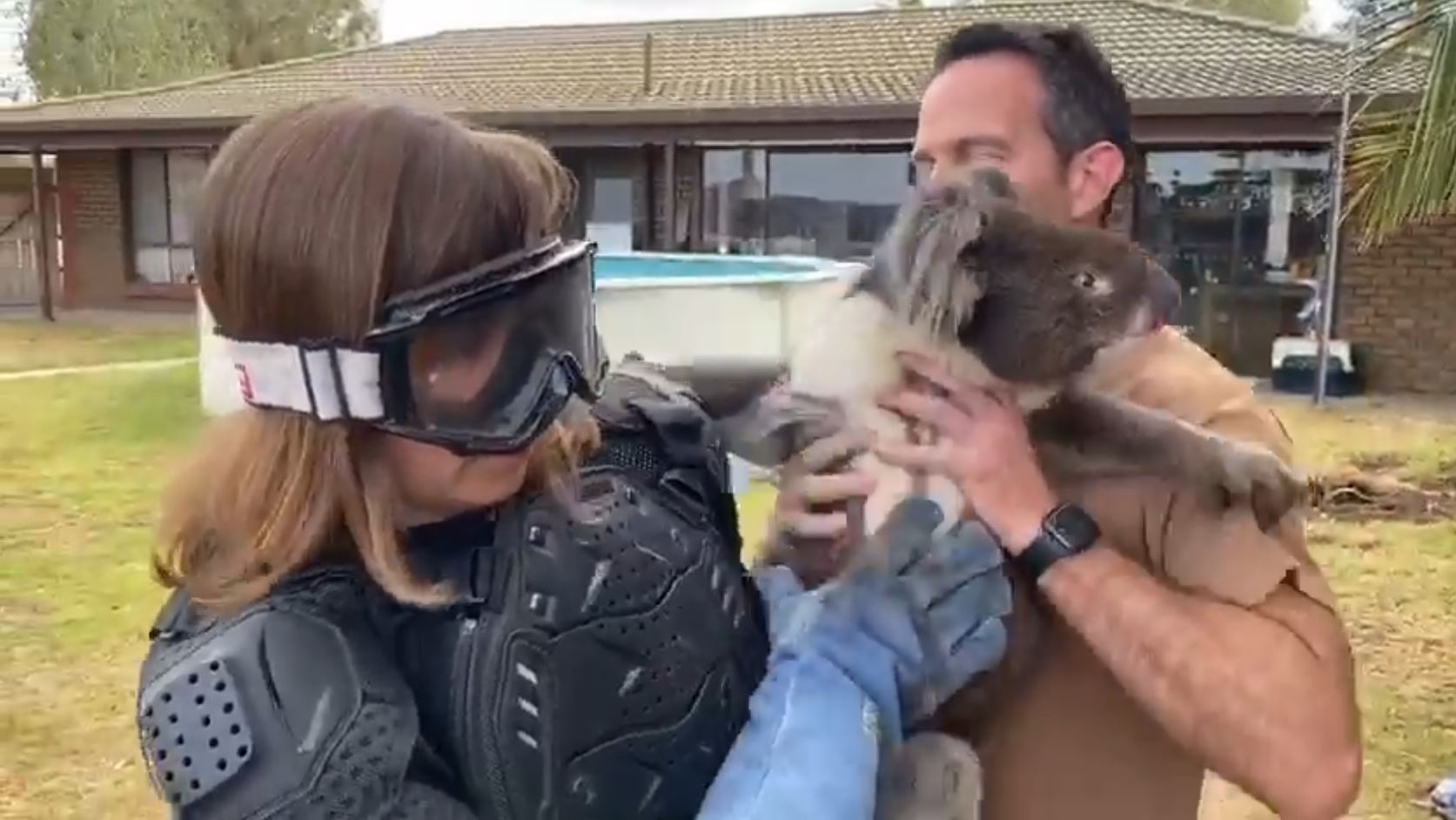 You throw in a few facial reactions from the locals who are stitching her up, and the whole thing’s a bloody barrel of laughs. Well, if you haven’t had one of your rellies ripped apart by one it is. 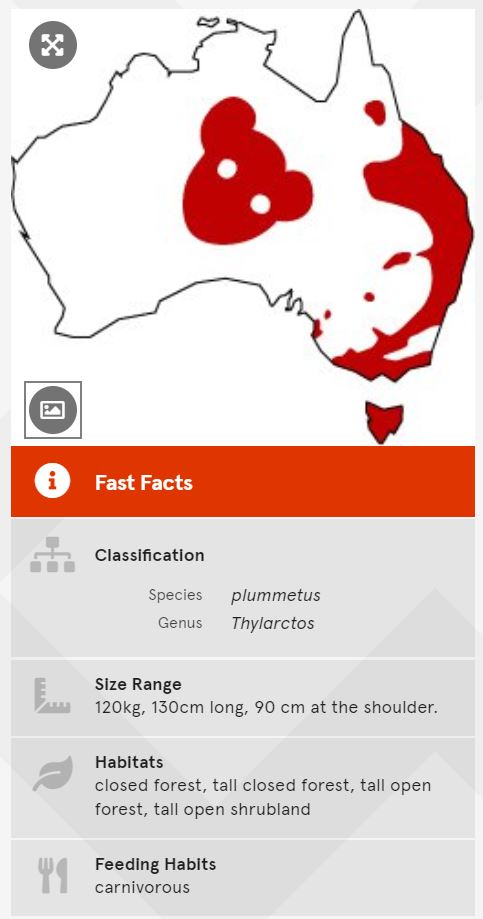 Still, check out. It’s worth it for Debi’s “F**ken Aussies” alone.

When Sean Mulcahy posted the prank video to Facebook, he made an important point about not letting the laughs at Deb’s expense go to waste:

“In times of tragedy and incessant misery, sometimes humour is the best medicine
This is the UK’s ITV News, Asia correspondent Debi Edward.
I have had the pleasure of working with her now on a number of occasions and she is an exceptional journalist and a lovely lady.
However, I am Australian and by proclamation a dirty rotten scoundrel.
If you enjoyed this video, please don’t let Debi’s humiliation be in vain. Please donate directly to help the park who are treating these koalas.”

The link for that is here: www.gofundme.com/f/help-save-kangaroo-islands-koalas-and-wildlife

Final thought: Look, all jokes aside, if you are heading out in the bush while you’re here on holiday, play it safe. We know these things are less known when compared to some of our cuter creatures, but they’ll f**k you up. Only last year, they took out a couple of German backpackers, so, be safe, rub vegemite on your ears, and keep your eyes open. If you hear suspicious rustling in the trees above you, get the f**k out of the sticks real quick.