Yeah, straight off the bat, some of you out there are gonna whinge about this one being a slightly political post. At the end of the day, sometimes you’ve just gotta deal in facts. Sometimes those facts don’t match partisan untruths, and that can rankle fans of the Government of the Day. We’re gonna say tough titties on that, because while Facebook’s arguing, there’s a pretty easy-to-look-up record on this s**t. When it comes to Scomo, it’s not flattering…

So, what’s brought us to this discussion is a bit of news footage you might have seen on the tele or on the internet. Quite simply, it featured an exhausted firey from Nelligen in NSW telling the media to give the PM a message: 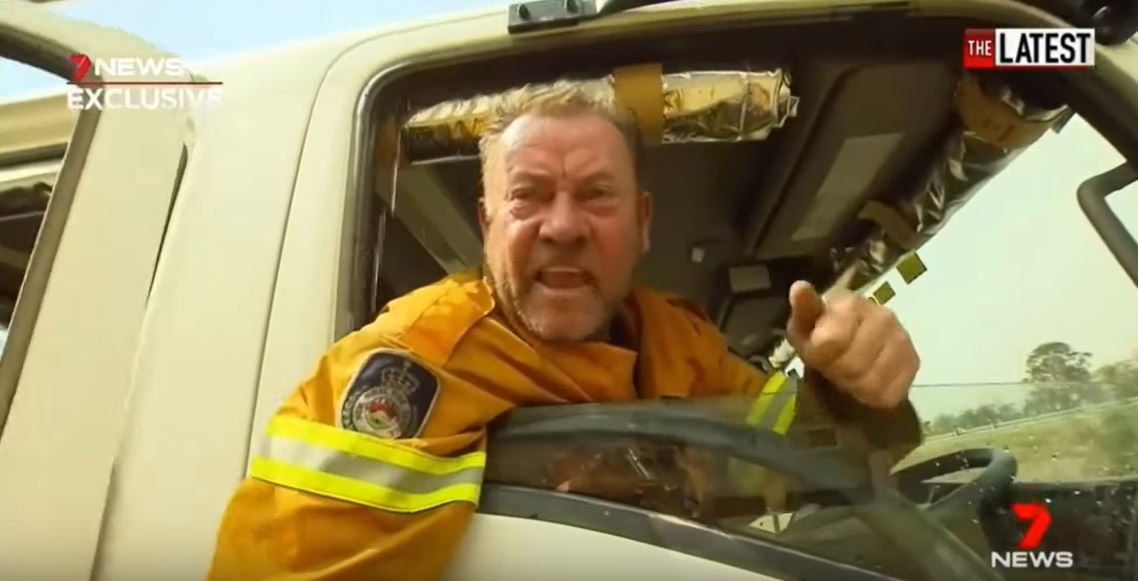 When he sees some media types on the side of the road, he pulls the fire engine to a skidding halt and leans out the window. “Are you from the media? Tell the Prime Minister to go and get f**ked from Nelligen!”

Seconds later, his message is reinforced in more polite tones: another firey leans into the camera, clearly asked whether she had any message for dear old Scomo. Hers was straightforward: “Stand. Down. Now.”

There are growing calls for old Scomo to get the f**k out of Canberra. There are plenty of reasons for this, but we’ll look past the ties to the questionable Hillsong Church today and focus on the bush fire crisis. First of all, though, let’s get one thing real clear. 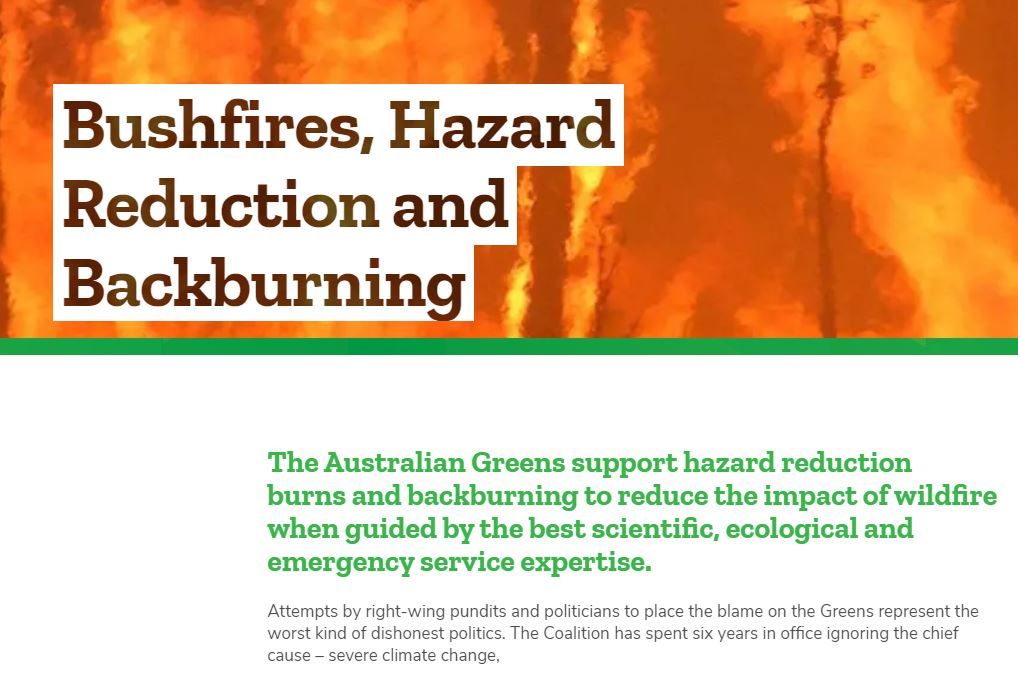 Despite what your Uncle might be parroting on Facebook, it’s not the Greens’ fault. Those guys aren’t against backburning. That’s just a nice bit of partisan propaganda designed to mislead. Yeah, nah, the Greens website actually says, “The Australian Greens support hazard reduction burns and backburning to reduce the impact of wildfire when guided by the best scientific, ecological and emergency service expertise.”

We’re not gonna sit here and say exactly what the Prime Minister’s fault is, but the fact he keeps trying to delegate a clear and obvious national emergency to the states isn’t helping. Making matters worse, in April last year, the Ozzy government was, according to the Guardian, “alerted to the threat of ‘increasingly catastrophic extreme weather events’. Yeah, nah, The Emergency Leaders for Climate Change, led by the former head of NSW Fire and Rescue, Greg Mullins, wrote to them, and asked for  both major parties to recognise the need for “national fire fighting assets, including large aircraft, to deal with the scale of the threat.” 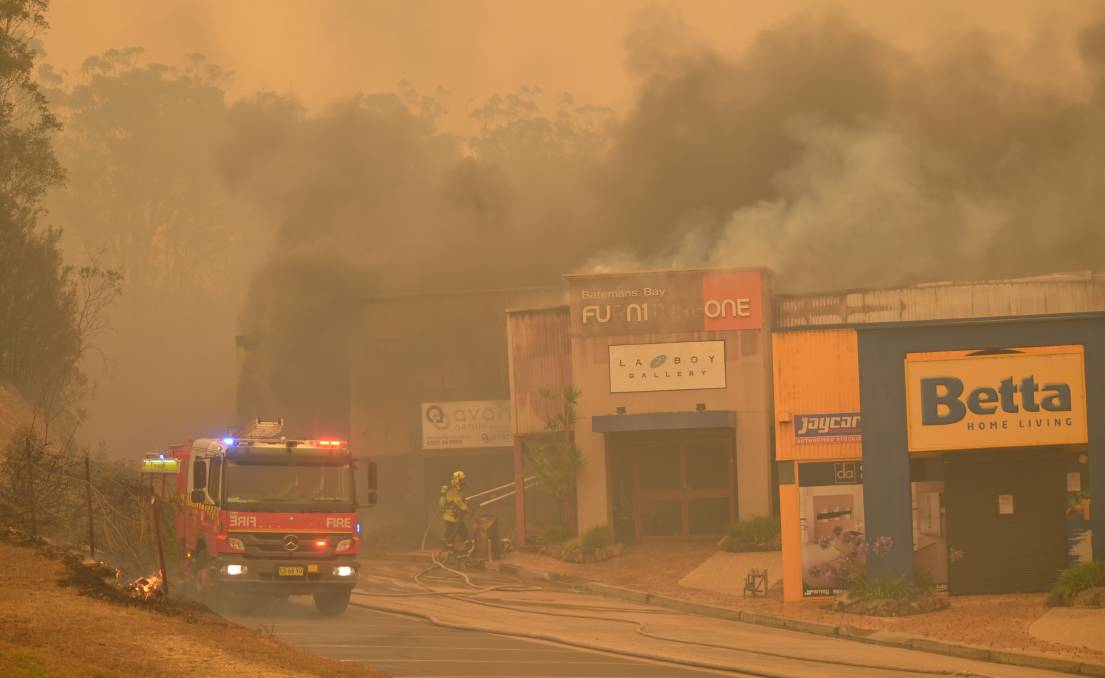 By September of the same year, the Emergency Leaders for Climate Change hadn’t heard anything from the Government of the Day. Yeah, nah, f**ken bupkiss. Mullins said, “It appears that Minister Taylor, or perhaps his office, fails to grasp the urgency of this matter. I must assume from this response and the months of delay in Mr Taylor making contact, that the minister appears at best disinterested in what the Emergency Leaders might have to say.”

As you can guess, nothing happened. And then, in November, an inferno killed two in Glen Innes, which is most definitely not in the city. The Mayor, Carol Sparks, said, “We are so impacted by drought and the lack of rain. It’s climate change, there’s no doubt about it. The whole of the country is going to be affected. We need to take a serious look at our future.” 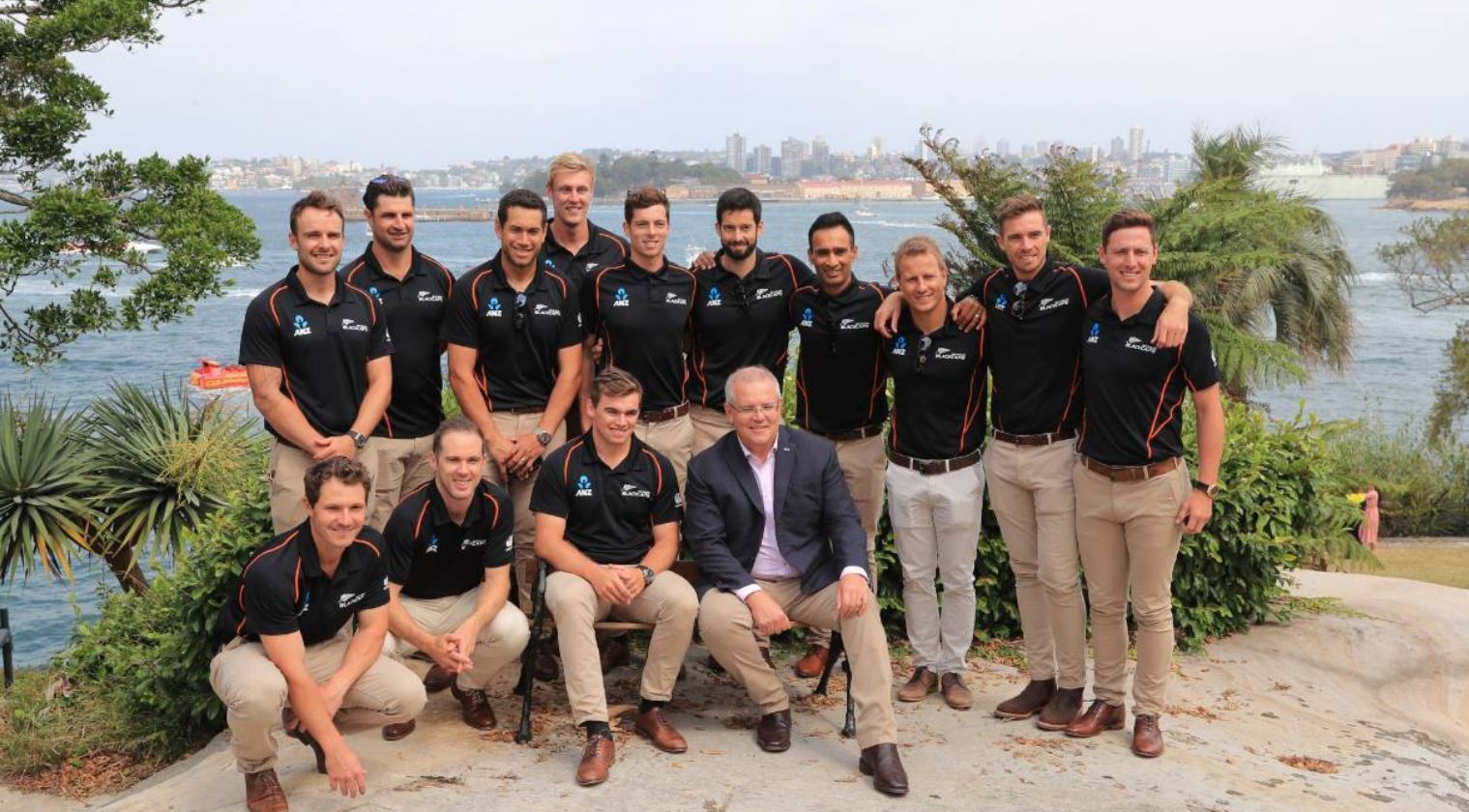 This photo with the Kiwi cricket team was taken while bush fires raged. Credit: Mark Evans

And then, in true head-in-the-sand style, the Deputy PM responded with, “pure, enlightened and woke capital-city greenies,” and “inner-city raving lunatics,” were trying to score political points for raising a link between the climate crisis, the drought and the fires.

We could go on and on with this s**t, but what happened next was a big f**ken let-down, and whether you’re a card carrying pro-Scomo bloke or not, you can’t deny that saying, “Yeah, nah, I accept the link between climate change and an extended fire season,” and then f**king off on holiday while the country burns is inappropriate for a leader of a country. 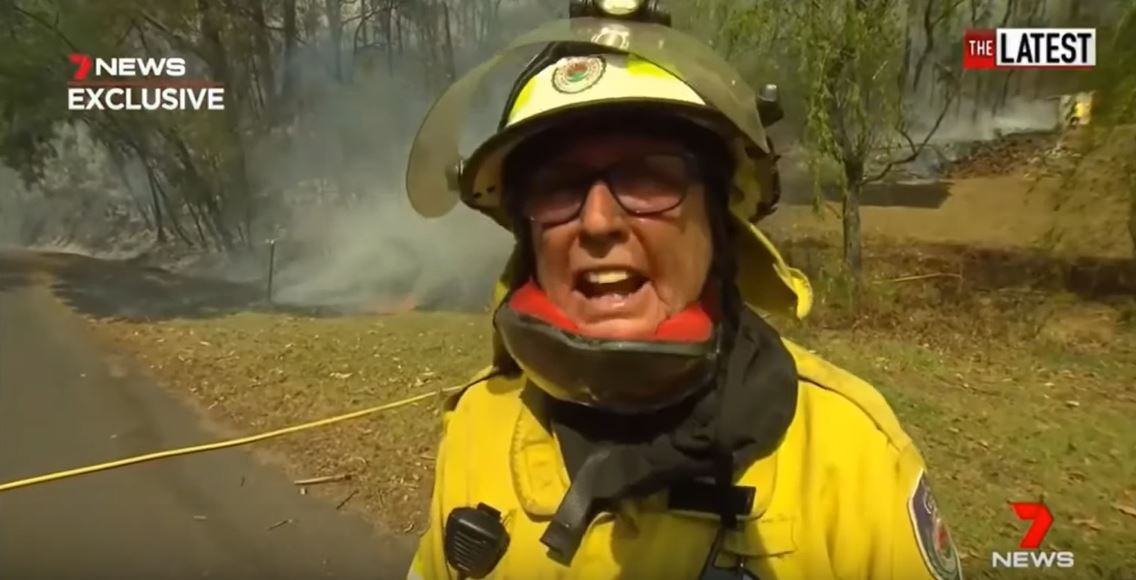 As we mentioned above, there’s tonnes more to this, but we’ll recommend you check out this timeline and leave it there before we come to write a bloody essay. We will ask you, though, is holding a cricket match the day after two of your fireys have died fighting some of the worst fires we’ve seen in donkey’s years, and suggesting that all of Australia will be sitting around the tele and taking inspiration from the match a bit s**t, or is that just us?

So, yeah, can you really blame these fireys for having a crack? Houses are burning down, people are dying, and nearly half a billion animals have been incinerated in the blazes. And, as mentioned above, organisations who know what they’re talking about have been warning the PM for f**ken ages. They’ve just had no response.

Final thought: As we’ve said at the start, this isn’t necessarily about going political. This is about having a look at the f**ken facts, and deciding as a nation what the bloody hell we want. And that’s the important thing, right? No matter who’s in power, they’re there to look after the country’s best interests. Do you reckon that’s been done? If so, sound off in the comments section, If not, f**ken let us know.

By Chuck Steinway 45 mins ago