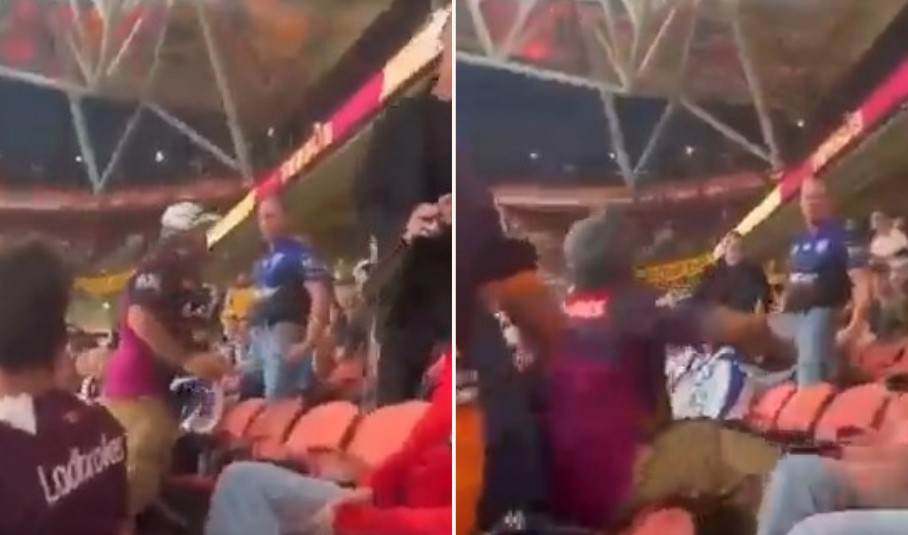 Here at Ozzy Man Reviews, we’re all about giving people a fair go. Yeah, nah, it’s just right. We reckon that most people have some sort of redeeming quality. We reckon that when bad s**t goes down, there’s usually some way we can say it was a bit harsh. Sometimes, though, you just can’t defend s**t and you have to say, yeah, old mate should’ve seen that coming. This is one of those times. An NRL fan has been absolutely clattered for interrupting the minute silence during the Anzac weekend fixtures in Queensland.

Look, first off, we really don’t condone violence. Sometimes you’ve gotta defend yourself and whatnot, but typically, we don’t reckon there’s a good reason to assault someone. And it’s by that token we won’t say a beating was deserved. 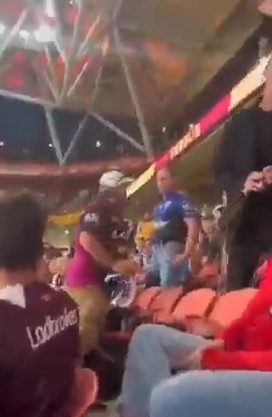 What we will say in this instance, though, is that when you’re surrounded by a stadium full of rough and tumble footy fans on the most important memorial weekend in the Aussie calendar and you choose to be a d-ck about the minute silence, you’re asking for trouble. 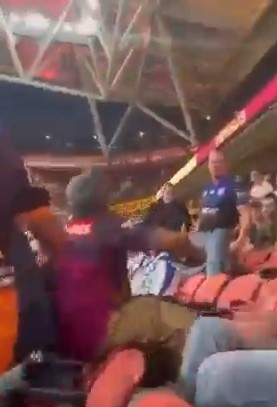 Again, did he need to be f**ken destroyed for his dumbass actions? Probably not, and certainly not to the extent he was. After all, it was a bit of a mismatch when you look at the footage.

But, the clincher is this. If one of your mates was considering calling out during the minute silence at a public event, surrounded by people who love a bit of biff, you’d say, “Yeah, don’t do that, ya dickhead. Someone’ll f**ken deck ya.” 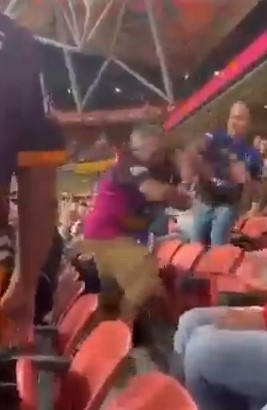 Evidently, though, this bloke had no one to warn him, and it didn’t take long for the crowd to turn. Once the bloke in the Bulldogs jersey sends him to Destination F**ked, the other fans get on his case and tell him to get the f**k out of the stadium.