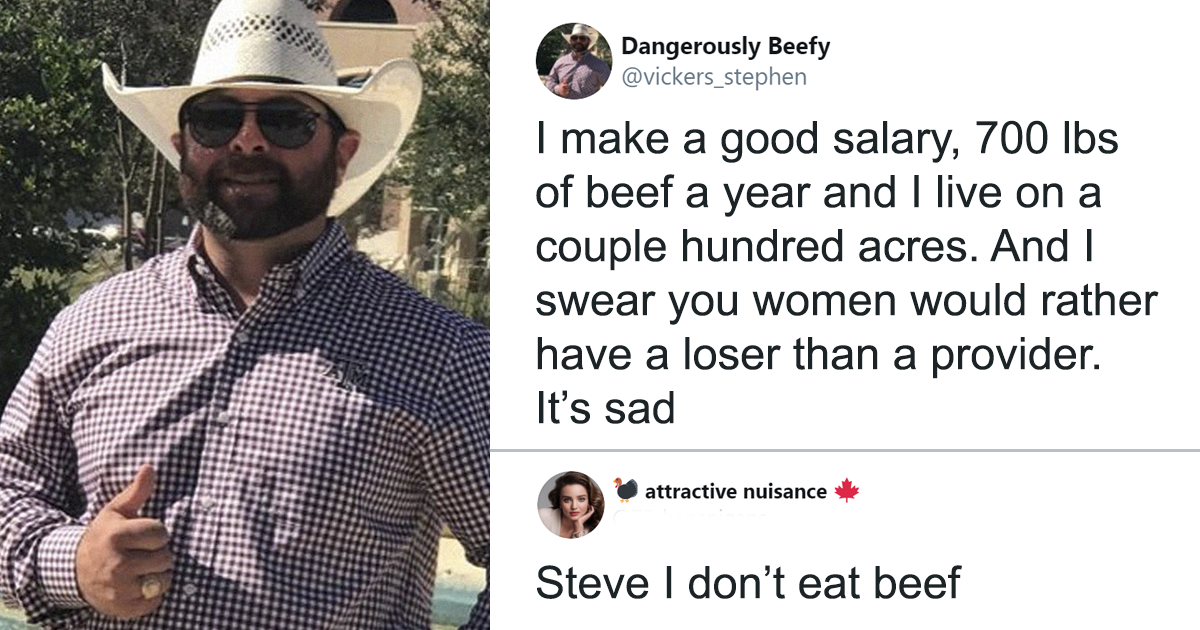 We all know that the internet’s changed dating forever. Whereas women used to just have to marry whoever’s father had the most cows, they’ve got a bit more freedom in their choice of partner these days. Unfortunately, not everyone’s happy with the current arrangement where you pretend to be nice for long enough to convince your prospective partners you’re not bats**t crazy before moving into a life where you sit in front of the television with them and sniff each other’s farts. Deadset, have a crack at this ‘traditional nice guy’ who doesn’t understand why his ‘beef’ doesn’t cut the mustard with the sheilas… 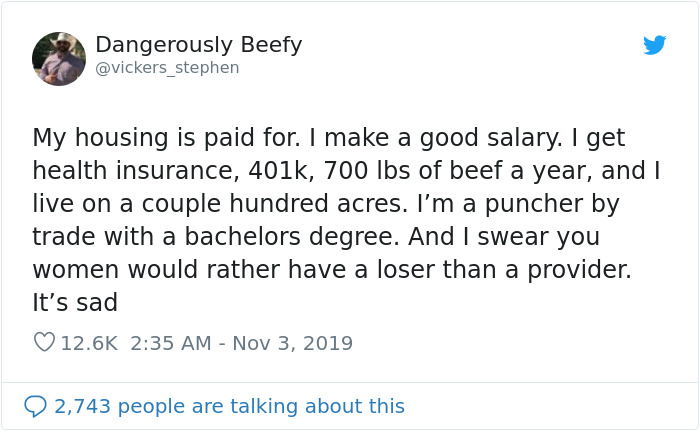 Rightio, for this one we’re taking to the mecca of dating, the internet. As you probably know, the way you find a partner these days involves listing your best traits in a snappy bio and hoping you can entice a sheila to read it with a perfectly punctuated come on.

Of course, some blokes still think that a d*ck pic will do the job, and some blokes think their best trait is a report on how much beef they have. And that brings us to Twitter user Steven Vickers. This Texan took to the internet to share his thoughts on the dating game. 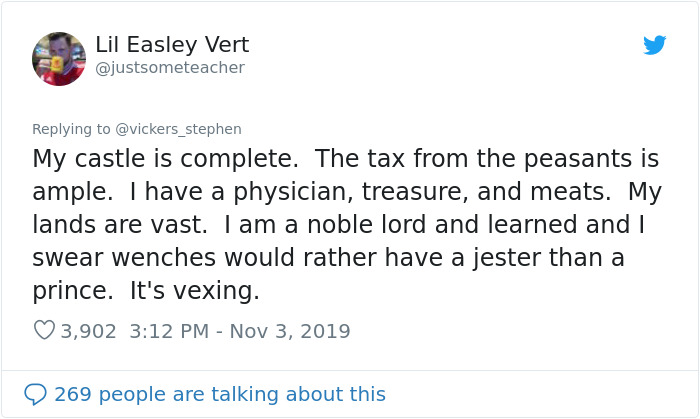 “My housing is paid for,” he writes. “I make a good salary. I get health insurance, 401k, 700 lbs of beef a year and I live on a couple hundred acres. I’m a puncher by trade with a bachelor’s degree. And I swear you women would rather have a loser than a provider. It’s sad.” 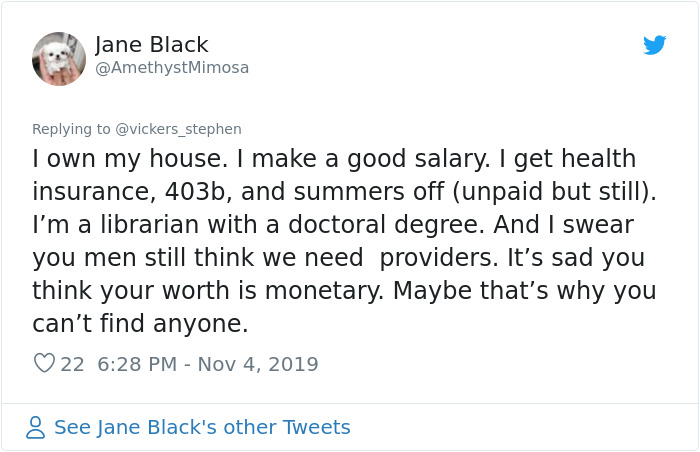 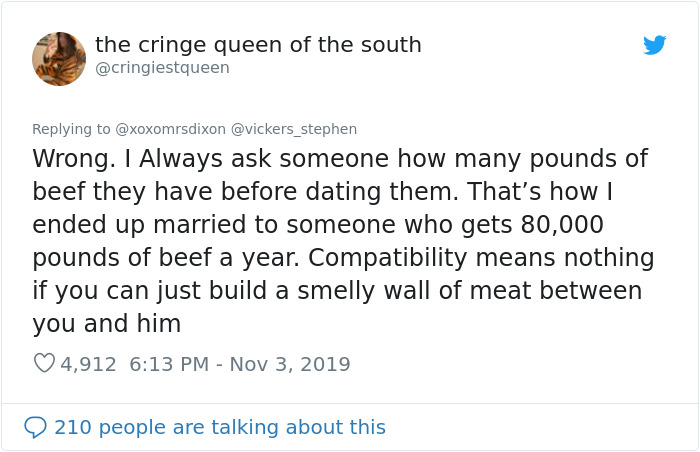 Yeah, it is sad, but you know, for the ‘losers’ out there who don’t have all that beef, it’s a good thing, right? Anyway, as you can imagine, the internet decided to pile onto Stevie’s tweet with the enthusiasm of an eager puppy. 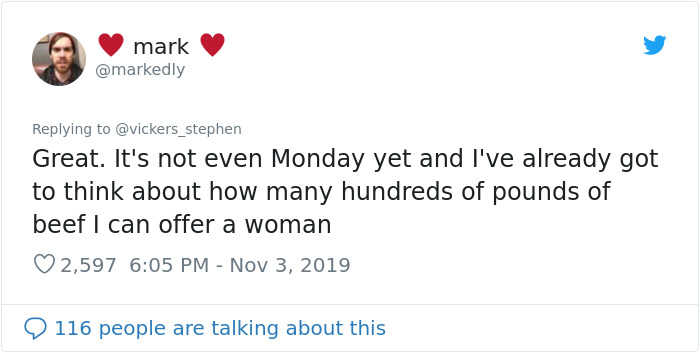 Check out some of the responses and have yourself a little chuckle. 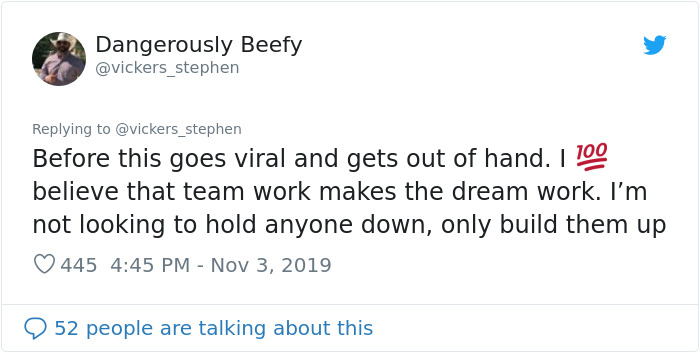 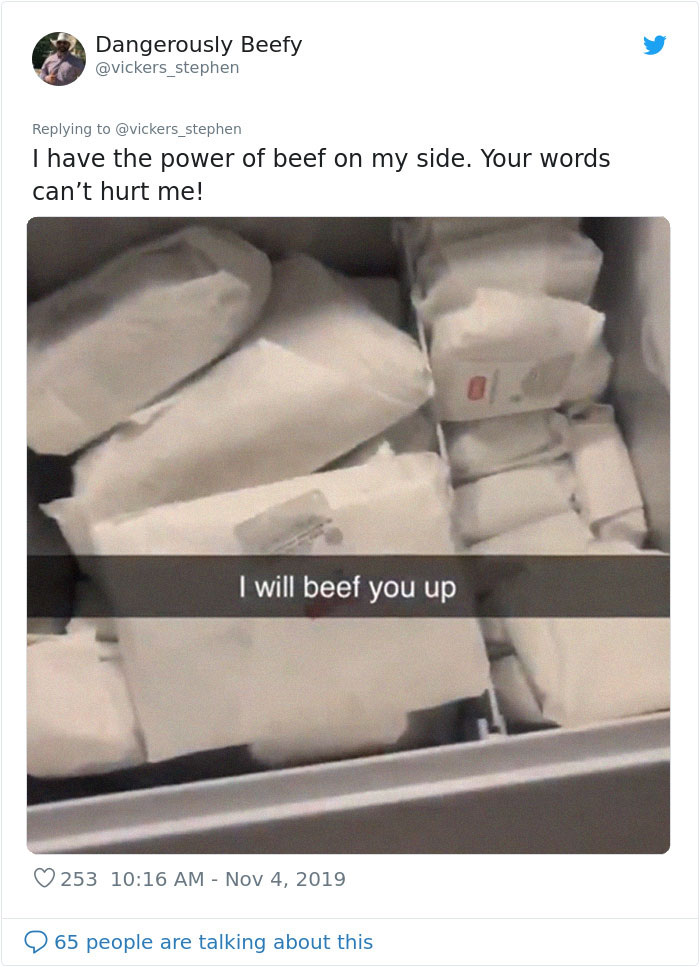 Final thought: We bloody love that Vickers is able to take some of the responses as a joke. We reckon that he does at least show some personality in his responses – even if he is still mighty proud of his beef. Anyway, if there’s anyone out there in the Facebook comment section who’d love to get a look at Steven’s beef, send him a DM. He’d love it!

As you know, bloody toilet paper has become the most sought-after item in all of Australia. Deadset, people have stopped searching for love on the internet. They’ve stopped seeking fame and fortune. All they’re doing ...