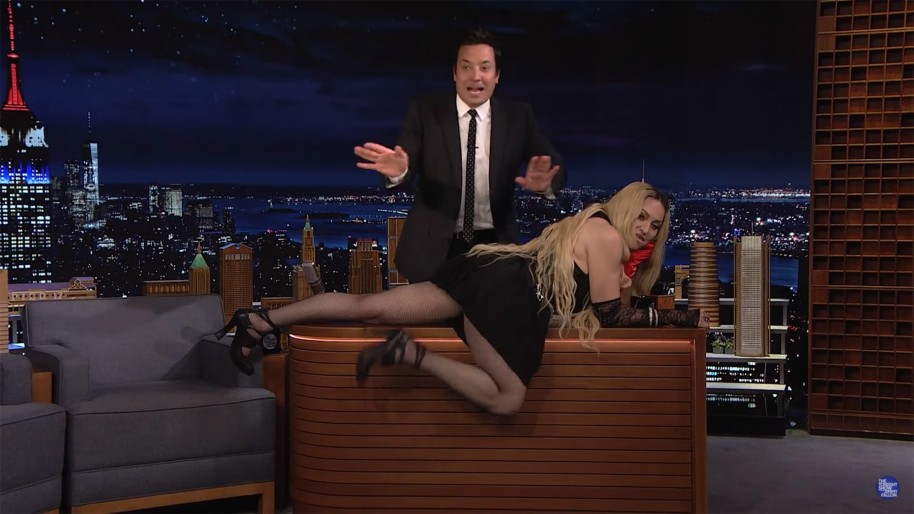 When you think about it, there’s no way that the proper elite celebrities aren’t completely bonkers. Especially once they’ve reached a point in their lives where they’re old enough to truly not give a f**k. Yeah, it’s gotta be a weird situation, and we’re not sure we’d be able to cope. Imagine being the centre of tabloid gossip for thirty-odd years, constantly receiving praise, sometimes stirring controversy, being rich enough to live your wildest fantasies, and just doing whatever you want. It’d be tonnes of fun, but it’d have to mess with your head.

Take Madonna as a case in point. We’ll be honest, we don’t know tonnes about her, but we do know that some of our first memories of ‘controversial’ pop-stars involve Madonna. We were just kids when she was wearing traffic cone bras and running amok, and we’re getting on now, so she’s been doing this for a long time. 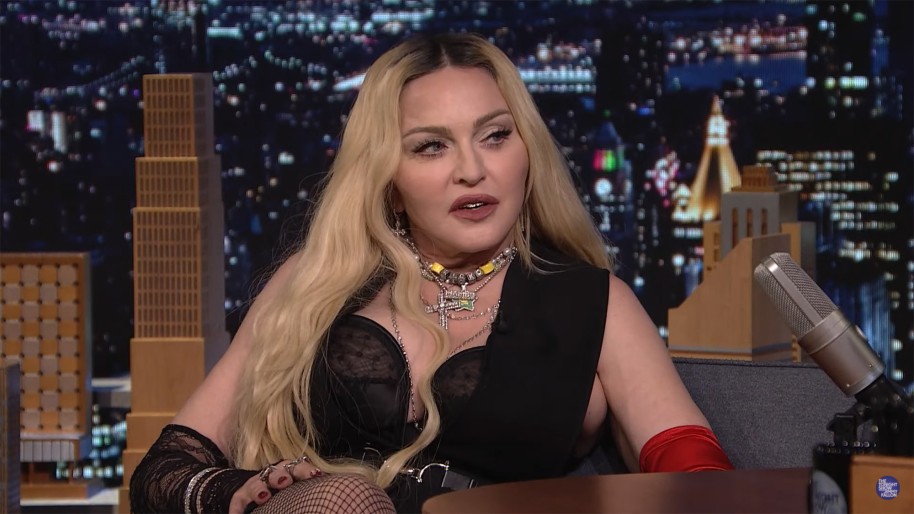 And let’s face it, even without knowing much about the lady who was once called the ‘queen of pop’, we know enough to know that she’s generated more than a few million tabloid headlines in her time.

Still, now that she’s 63, we didn’t think we’d be hearing much more from her. Turns out, though, that she’s given that idea the big yeah-nah and caused a ruckus on the Tonight Show with Jimmy Fallon.

While there to promote her new documentary, Madame X, she flashed her grundies and crawled across the host’s desk while saying, “Artists are here to disturb the peace, and so, I hope that I have disturbed not only your peace this afternoon but people’s peace while they watch the show.”

And then she climbed onto Fallon’s desk, and while he tried to cover her up with his jacket, she said, “No one’s going to see anything, my God!” And then she flashed her knickers. 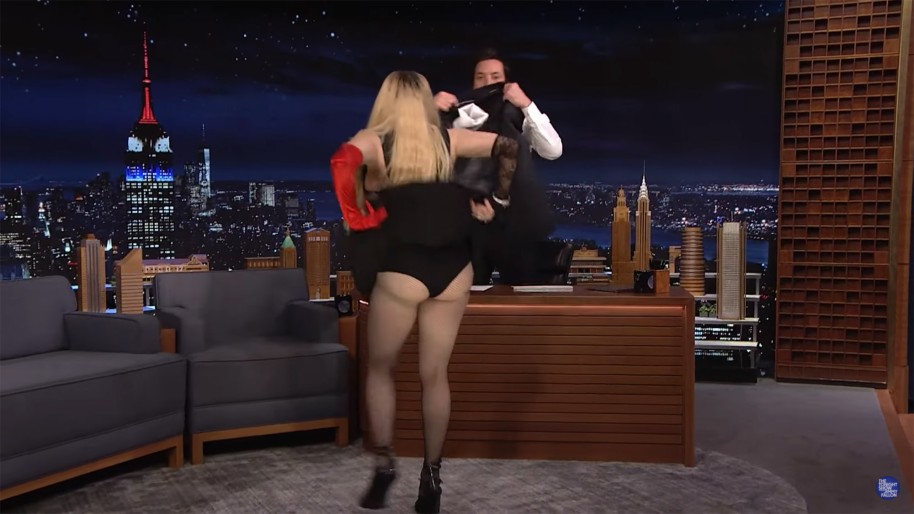 We don’t know what to make of it, but you can watch it down below.

Final thought: Yeah, we dunno how to feel about this. Is it a desperate attempt to cling to a bygone era or is it just par for the course. At 63, she has to be wise enough to know exactly what she’s doing. Unless, as we said before, years and years of fame have left her bats**t. Let us know what you reckon in the comments section.