Awesome bear goes for a swim in blokes backyard, drinks margeritas, then takes a nap

F**K YES! When it comes to having a great time on a hot day, this legendary bear has shown the residents of a California neighbourhood exactly how it’s done. In fact, considering his impressive itinerary, this bear has nailed all of the bear essentials for a great day in the sun. He’s gone for a dip, he’s commandeered some bugger’s margarita, and he’s taken a two-hour nana nap!

Let’s take a trip to our mate Mark Hough from California’s house to get the lowdown on this cheeky bloody bear. Mark, who looks to have a pretty banging backyard, became the unwitting host to our ursine mate shortly after his missus arrived home from work. 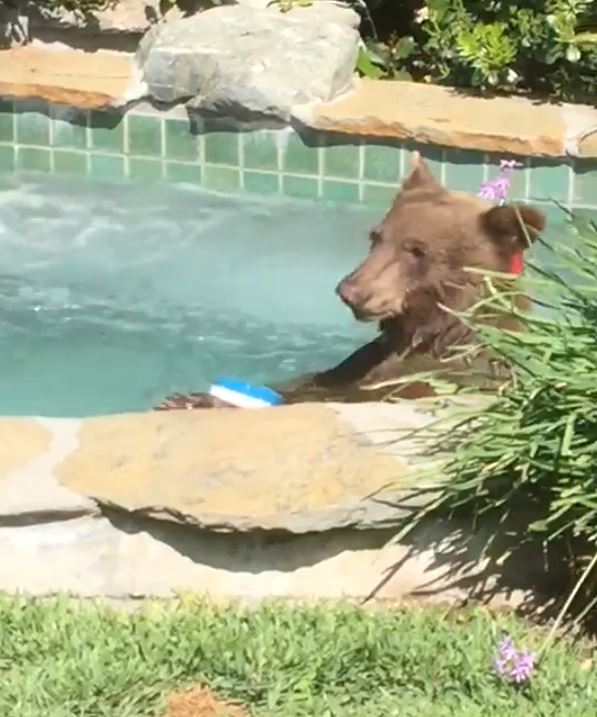 “This is the life.” Credit: Mark Hough

“My wife came home from work and requested a margarita,” he told Buzzfeed. “So we made a couple margaritas and went out to the pool to relax in the sun.” A few moments later, the bear (who we’re gonna call Chris) made his grand entrance.

Mark saw the bear coming. Understandably, he yelled the yank equivalent of, “Oi! F**ken bear!” to his missus. At this stage there’s no evidence to support the rumour that she initially thought he was suggesting they strip off to their bare arses and go for a skinny-dip, but you wouldn’t be surprised, would ya? Isn’t that what Jacuzzis are for? 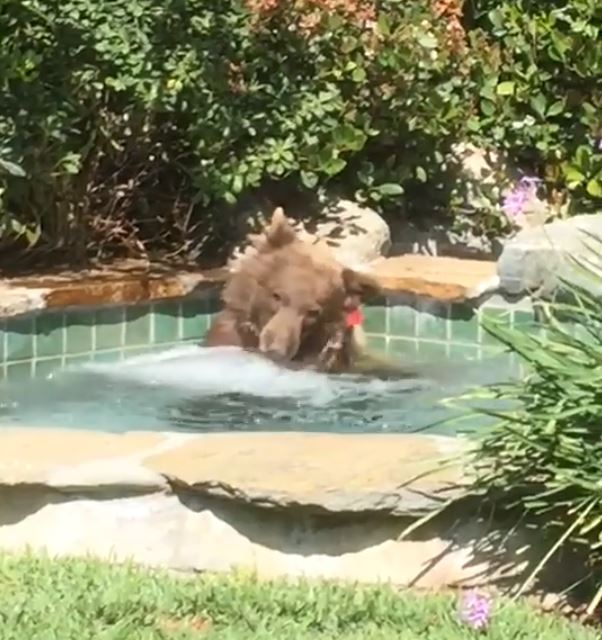 “I ought to do this more often.” Credit: Mark Hough

Anyway, f**ken Chris thought the Jacuzzi was a bloody mint idea. “That Jacuzzi looks tops,” he said to no one in particular. Once the humans had pissed off, he got his own bare bear arse in the pool. He chilled out in there for a bit before realising that Mark, the kind soul that he is, had left him a little drinky-pooh.

Evidently, Mark makes his margaritas strong. Once Chris had smashed it down, he decided he was a bit bloody dizzy and needed to take a nana nap. Once he’d gotten some shut-eye, he pissed off. Cheeky f**ker.

Mark reckons he wasn’t scared at all. He was able to get some good videos of Chris stinking up their Jacuzzi, and he even said the bear was playful and kinda cute despite his size. 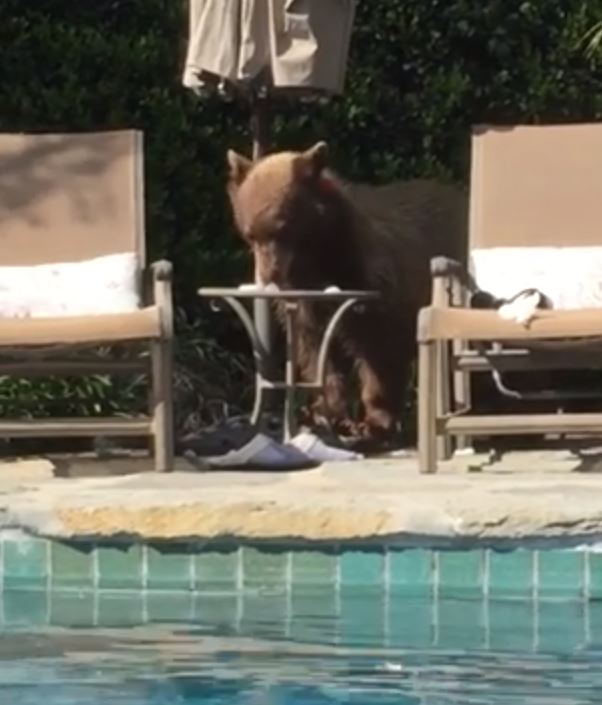 “Even left me a drink, the legends.” Credit: Mark Hough

Final thought: It’s been a bloody great week for animal stories, and this one just about takes the cake. While us Ozzy’s have a pig that got drunk and started a fight with a cow, you seppo b*stards can probably say your bear is a little bit cooler. Good on ya, Chris. Good on ya, Mark. Good on ya, California!

As you know, we’ve got some pretty bloody heinous spiders here in Ozzyland. Don’t get us wrong, we’re not trying to brag, but we’re pretty proud of our eight-legged friends. Still, we can’t claim to be the only place ...