Anyone who’s seen Game of Thrones knows that Daenerys loves having blokes – and blokettes – drop to their knee and swear their allegiance to her. If that person shares affinity with a bear, then that’s even better. Yep, Sir Friendzone himself, Jorah Mormont, is from Bear Island and the family sigil is a mighty bloody bear. Now, though, seeing as there’s one-hundred per cent no chance the old coot can help Daenerys any further, the mother of dragons may have a new bear servant. And, er, yeah, nah, this one doesn’t just align itself with a bear as part of its coat of arms; it’s a full-on bear mascot! 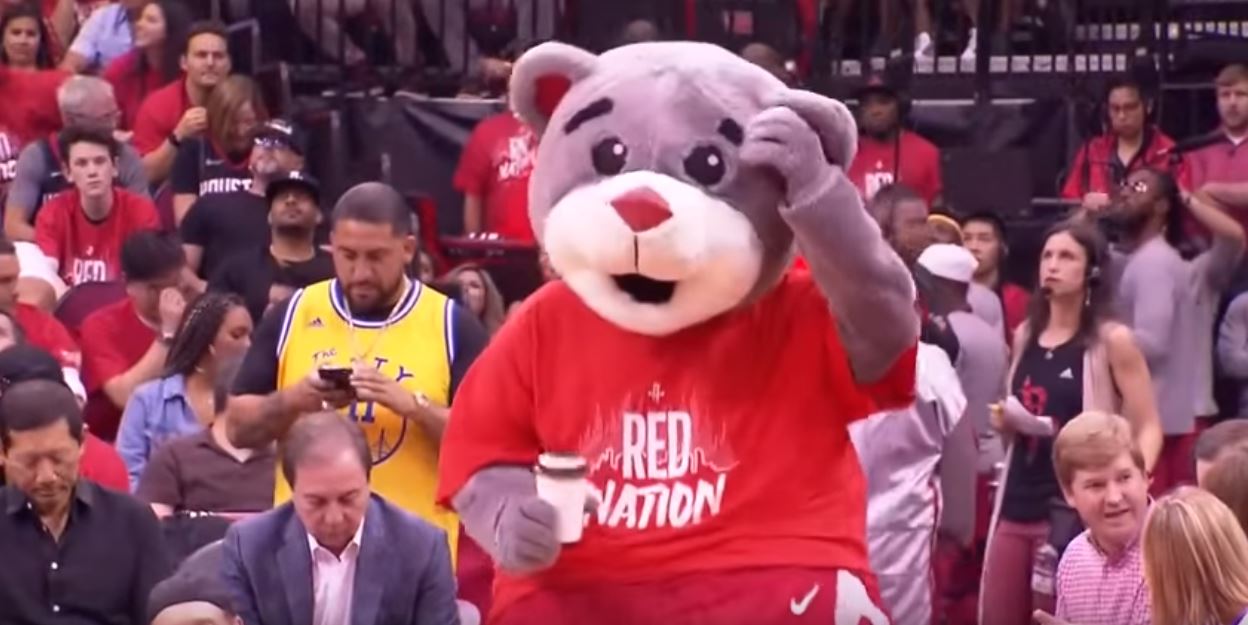 To give you a little context, Clarke, the actress who plays Daenerys in Game of Thrones, was courtside for the Houston Rockets’ defeat to the Golden State Warriors in the NBA playoffs series. While she was there, she was approached by the Rockets’ mascot, Clutch. 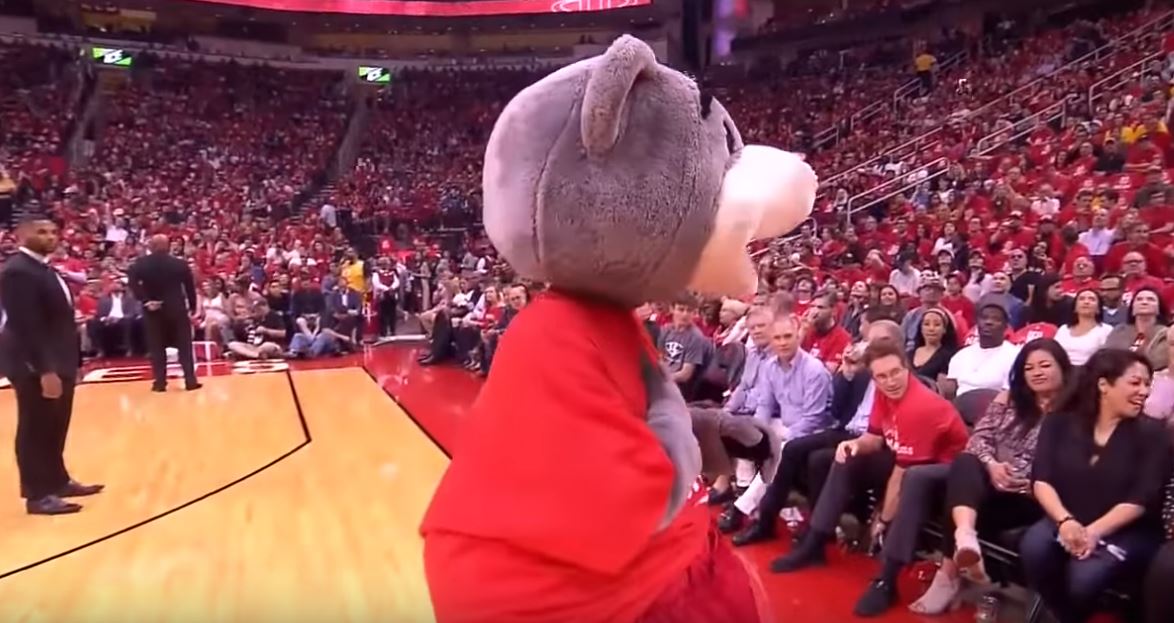 When Clutch, carrying a bloody coffee cup, saunters up the court, you could be mistaken for thinking he initially has no idea Clarke is there. Deadset, his convincing drop of the coffee cup really delivers on the raw emotion that shock can deliver. 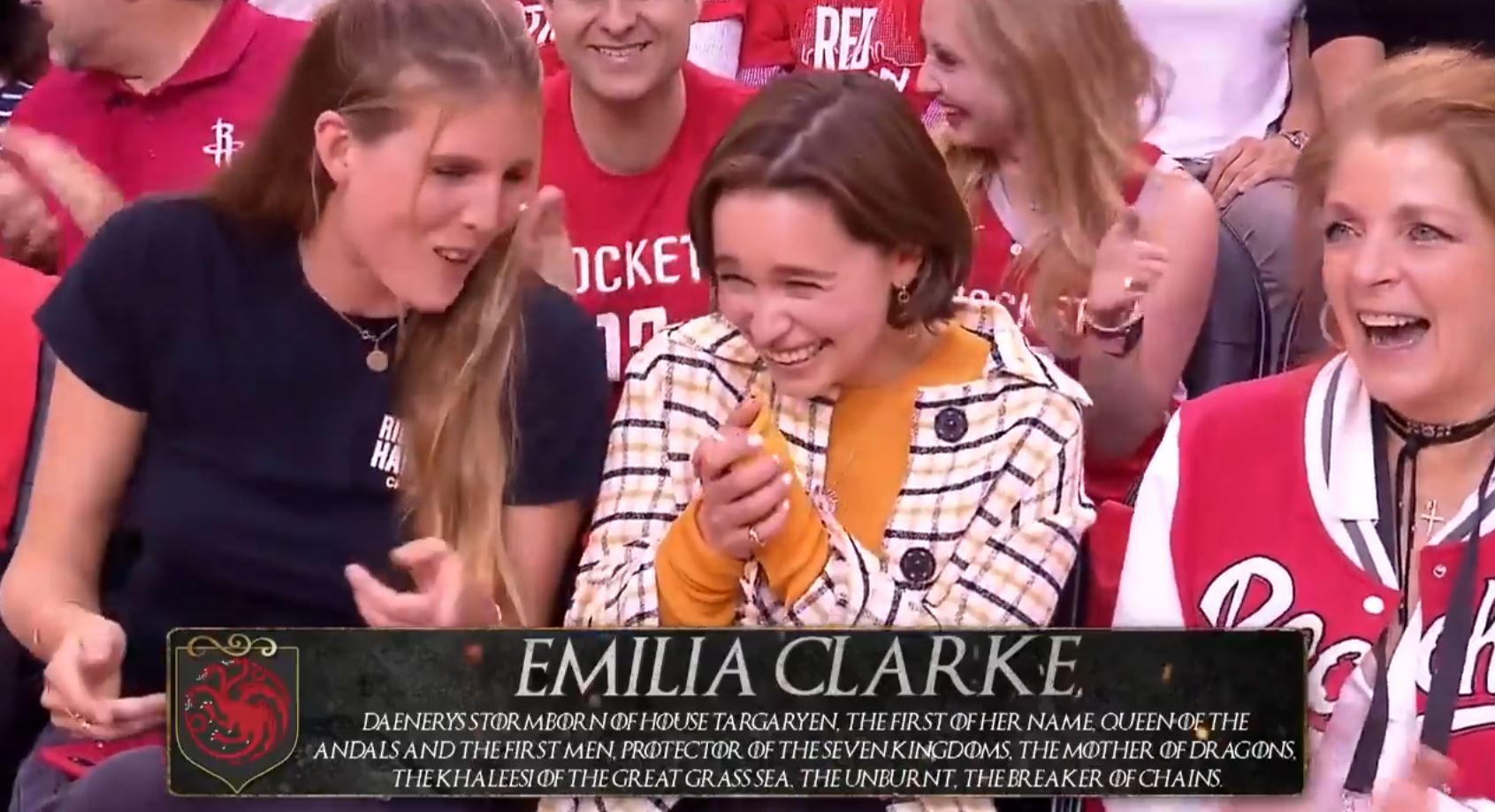 Nevertheless, Clutch is clearly taken aback by the appearance of television royalty. He clutches his heart, before making like Jon Snow and dropping the bloody knee. At first, it’s not clear whether it’s done out of loyalty or love, but it pretty quickly becomes evidence that Clutch is swearing his sword to her service. 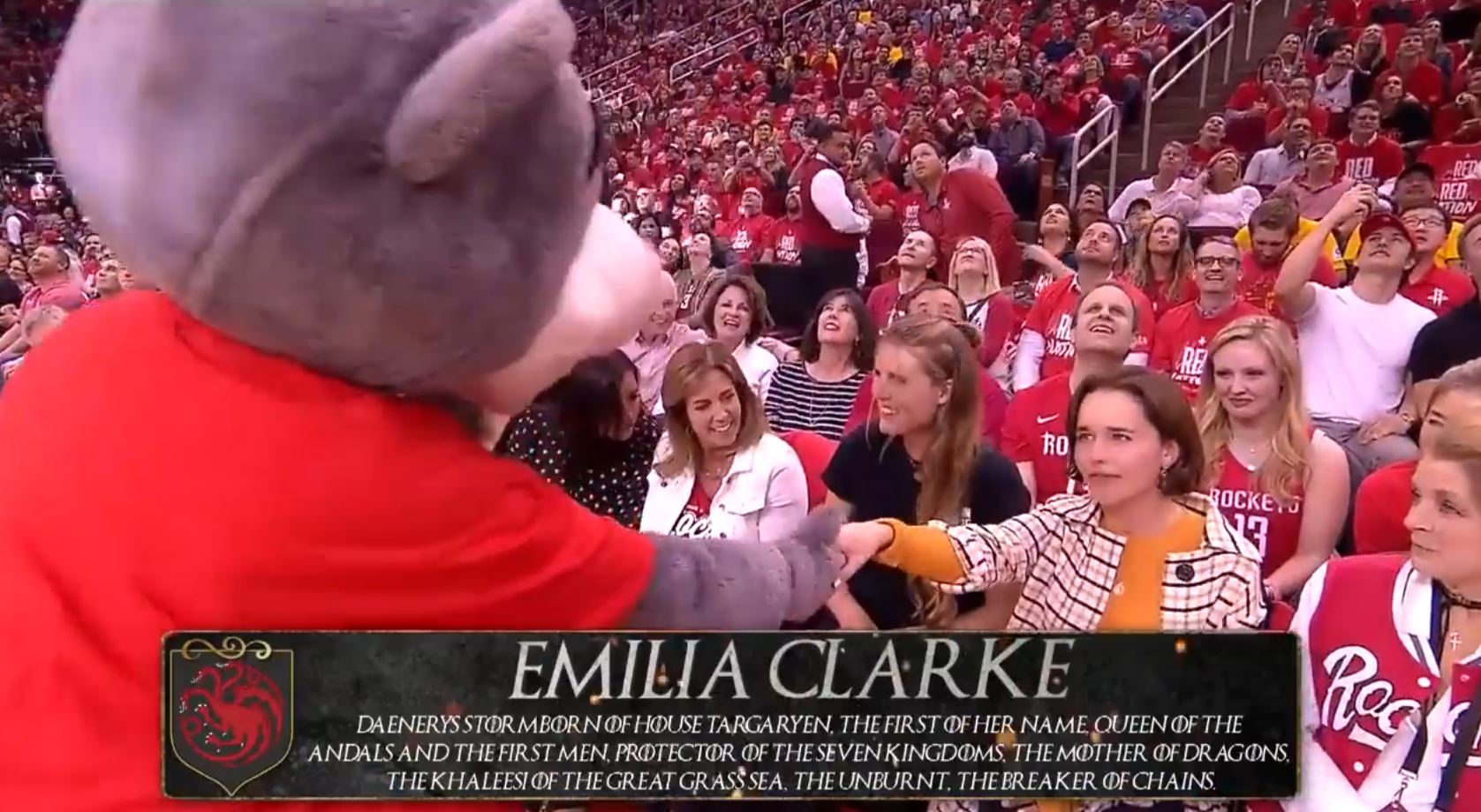 For her part, Clarke plays the coquette well. She blushes. She giggles. She covers her face and pisses herself laughing. People around her are stoked with the bit of fun, the bit of spectacle, the bit of free drama. Eventually, Clarke offers the mascot her hand. What a bloody good sport!

Final thought: Now that the bear is sworn to her service, those around her would want to watch their manners. After all, there’s nothing worse than a man in a mascot suit attacking someone. Still, though, we’d pay to watch him fight The Mountain. It’d be quick and it’d be brutal, but it’d be good television.