If you’ve been on the internet in the last week or so, you might have managed to catch a pretty bloody funny viral video of a bloke on a mobility scooter leading cops on a wild goose-chase through some of Kiwiland’s busiest streets. Well, now that the dust (or should that be dist) has settled and he’s copped it sweet from the police, Charlie Durham, a double-amputee, reckons the pursuit was pretty bloody funny.

In the video, which puts the lie to the idea that Kiwis have the world’s sixiest iccent, you can watch Charlie hoon around Timaru while a patrol car tries – and repeatedly – fails to bring him to a stop. Speaking about the event, Charlie, who lost both his legs in separate accidents three years apart, reckons he didn’t stop because the car, “Sounded like an ice-cream truck and I didn’t want any ice-cream.” 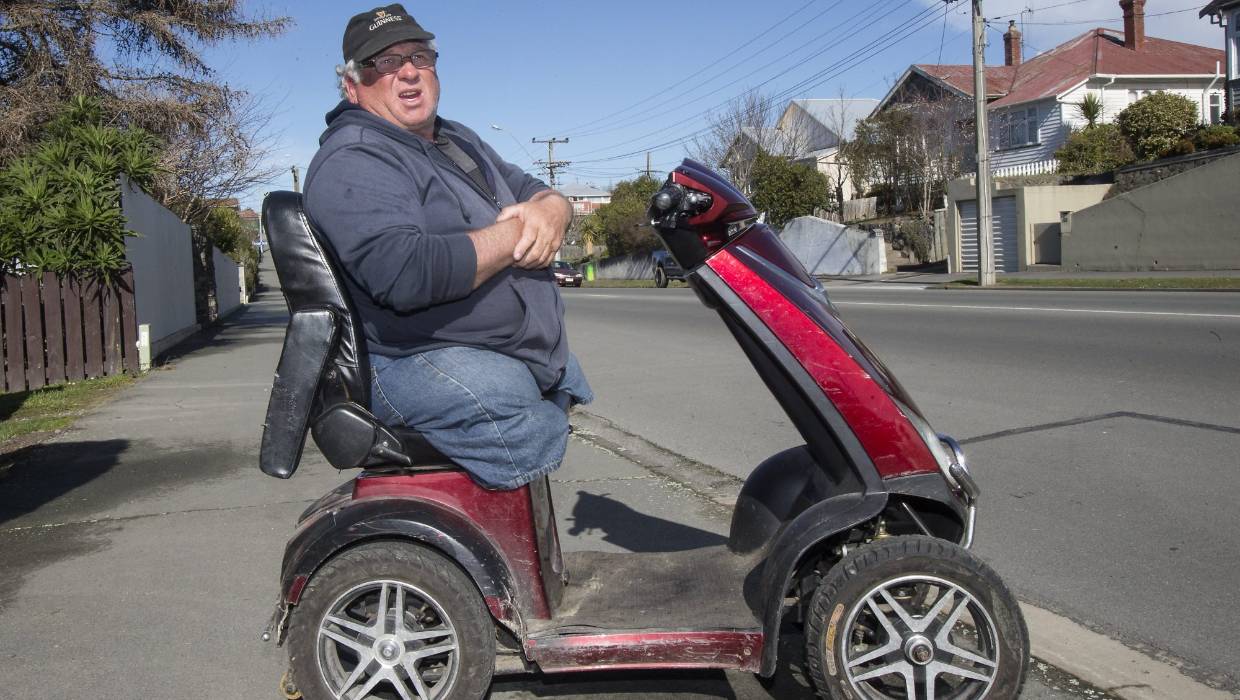 Footage of the chase has been floating around on YouTube for about a week now. In that time, the cops have drawn a bit of flack of their own. Some reckon their driving was a bit unnecessarily reckless. “I just thought he was being silly,” said Durham. 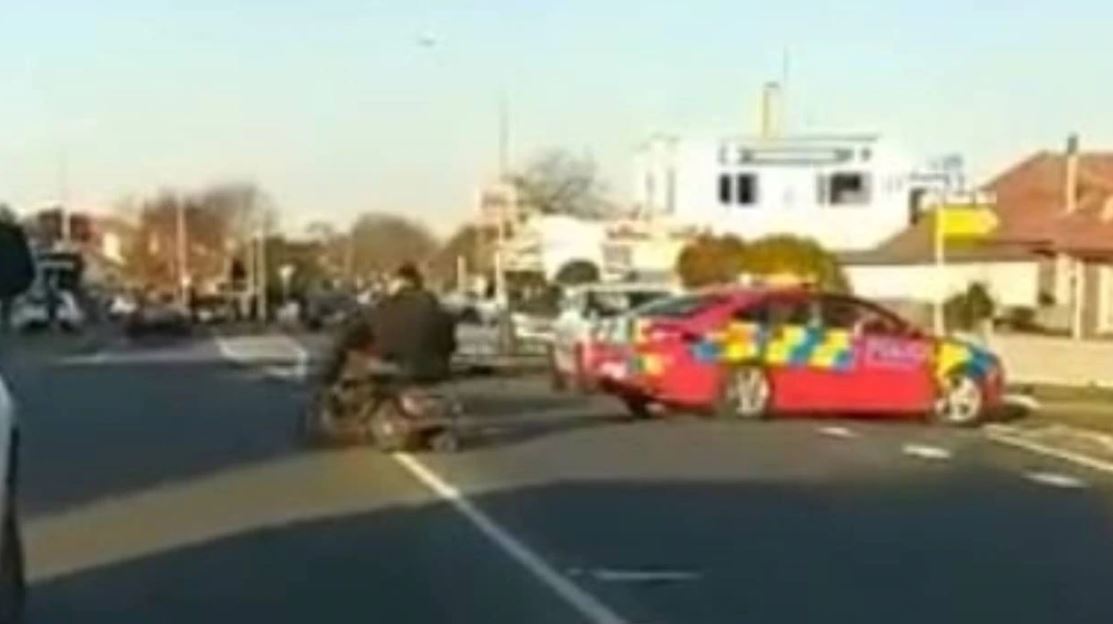 Still, silly or not, the legendary old bloke has gotta face the music. He’s gonna cop one fine for running a red light and another for going too fast on the footpath. “I know there’s a speed limit on the footpath, but I don’t understand why it’s not just in the city centre. There’s not much life on the footpath around here [Wai-iti Rd] and I can pretty much stop on a dime. I’ve never hit anybody.” 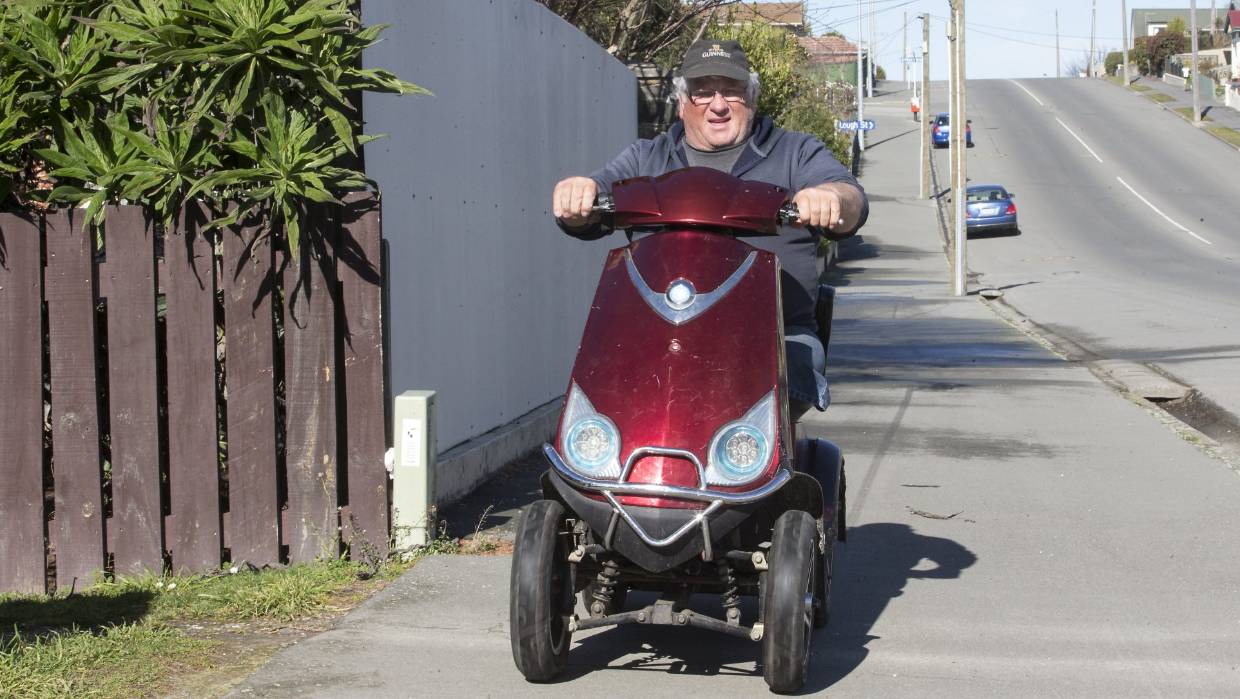 A police spokesperson reckons police “believed the rider was a danger to himself and other road and footpath users.”

As for us, we’re with the sheila who was filming it. We reckon it’s hilirious. 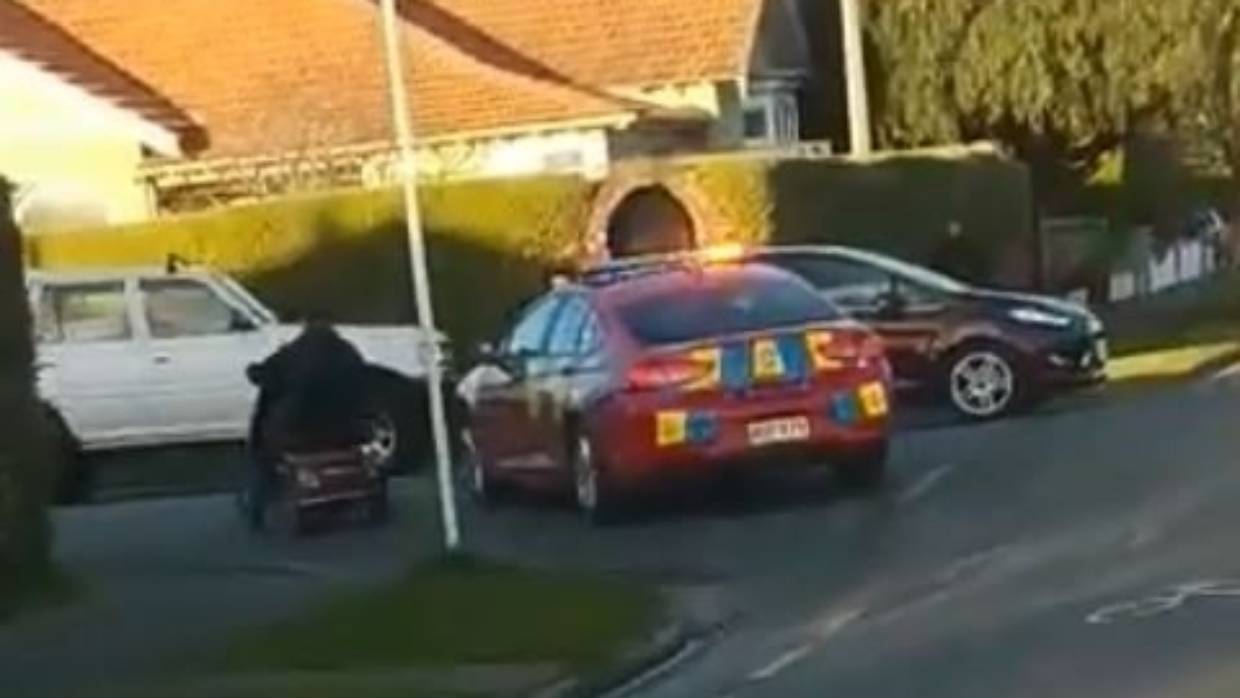 Final thought: This, in all honesty, is one of the reasons we love Kiwiland. We give ‘em a bit of stick, but we reckon they’ve got an awesome country, even if they do all think ours is way bitter. But you know what, if this is one of the biggest problems police have to face, things must be going all right.