As you know, millions of people across the world are once again fighting for recognition of the simple fact that black lives matter. Yeah, nah, some of the media coverage might have died down, but rest assured this important fight is still going strong. And that annoys some people. Take the Karen from today’s story as an example. When she saw Jaime Toons stencilling the words ‘Black Lives Matter’ onto his own property, she called the cops.

So yeah, this one is pretty symptomatic of all the Karen stories doing the rounds of late. What we can say, though, is that this one doesn’t feature a hysterical Karen screaming that she’s in danger, even if it does adhere pretty strictly to the ‘there’s no way that you, a POC, live here’ trope. 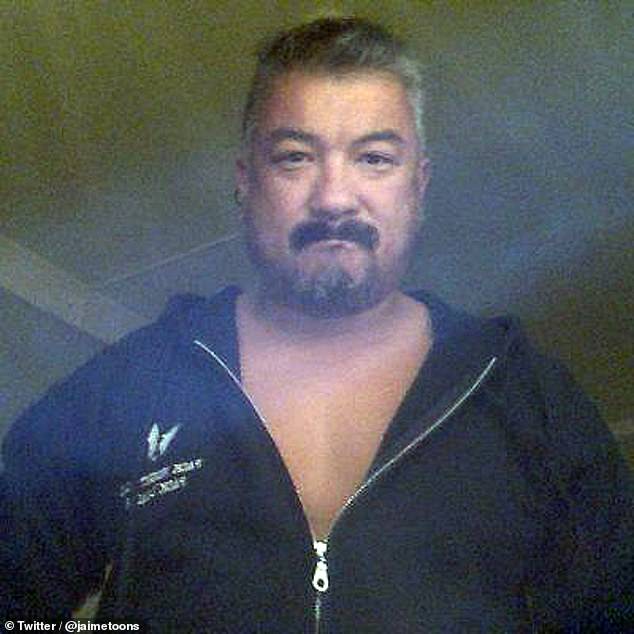 As a matter of fact, this particular Karen, whose real name is Lisa Alexander, a business owner from San Francisco, is super calm. Like eerily so. Don’t get us wrong, you can see the Mike Myers-like rage simmering beneath the façade, but outwardly, she’s a f**ken cucumber. 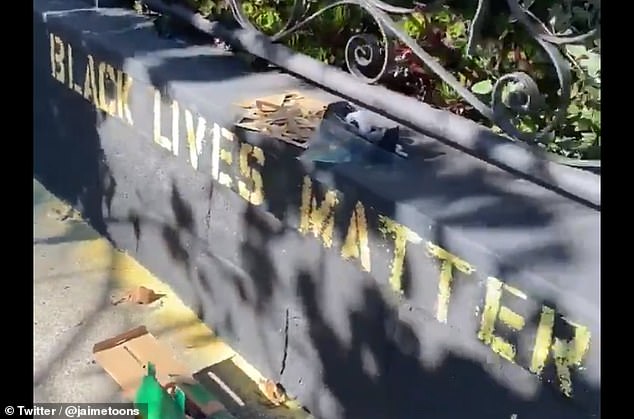 Anyway, we’ll let you watch the video to see exactly how the conversation pans out. Needless to say, soon after she left Jaime to his business, the cops arrived. 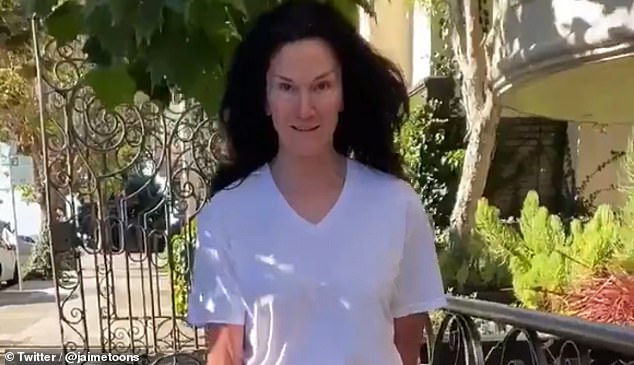 “A white couple call the police on me, a person of color, for stencilling a #BLM chalk message on my own front retaining wall. “ Karen” lies and says she knows that I don’t live in my own house, because she knows the person who lives here. #blacklivesmatter”

“Don’t be mad that a POC outsmarted TWO WHITE PEOPLE. The discussion went exactly as I thought it would. Why do you think I started recording? So, I could record a pleasant conversation with a racist who wouldn’t believe I lived in a big old house?” 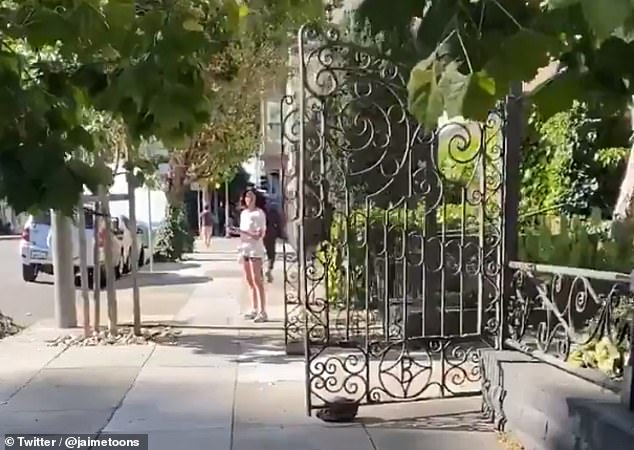 Final thought: You know, it might seem like only entertainment, but as more and more Karens are called out for their bulls**t, you have to hope that there’s a lesson in there for the future. And it’s not just that you might get put online being a dickhead, it’s that you’re wrong if you think like this. We’ve said it before. Black lives matter. Everywhere.

A white couple call the police on me, a person of color, for stencilling a #BLM chalk message on my own front retaining wall. “Karen” lies and says she knows that I don’t live in my own house, because she knows the person who lives here. #blacklivesmatter pic.twitter.com/rOpHvKVwgP

Have a squiz at this Tweet to see how s**t’s gone down since Jaime’s video went viral:

I walked by @jaimetoons’ place where he was confronted by that white couple for stenciling BLM on his own wall. It’s completely covered with supportive chalk art now! #BlackLivesMatters pic.twitter.com/PkgroV88v1

We’ve all heard the jokes about vegans being a bunch of pasty buggers unable to fight off even the most innocuous of illnesses, but if you’ve ever wondered just how realistic that stereotype is, an experiment conducte...