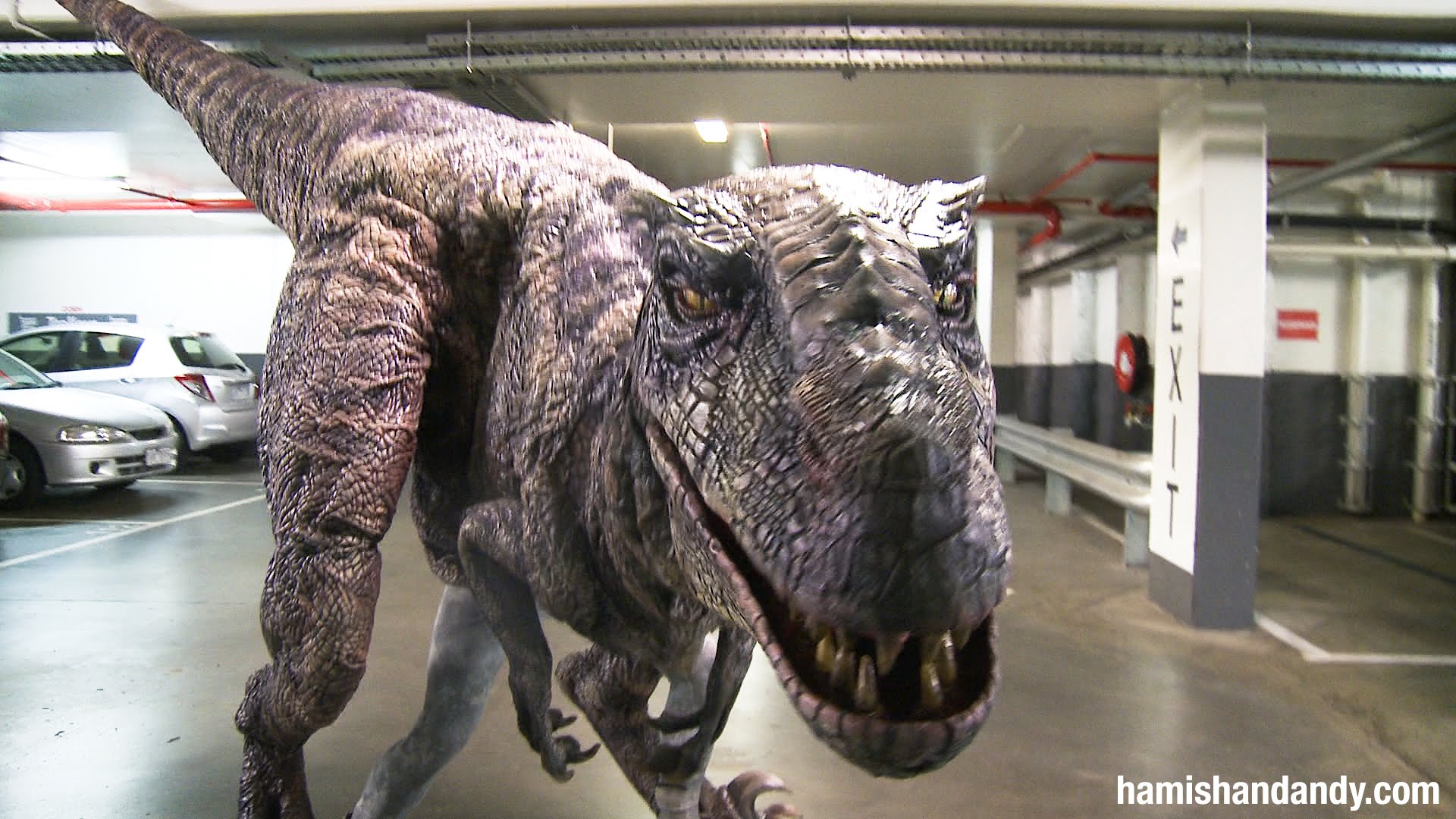 Jurassic Carpark: This Is Some Solid Prank Work

Hamish and Andy have been providing Australia with solid laughs for over a decade now.

I haven’t fanatically followed their work, but I’m always thoroughly entertained when seeing what they’re up to.

For the international folks here who may not of heard of these fellas… Hamish and Andy are a comedy duo that have predominantly worked in radio. They venture into TV as well, but radio is where they’ve been real snug and cosy and brilliant for ages.

Anyhow, they’ve made a video for their YouTube channel!

In the vid they go about pranking the shit out of folks with an awesome looking dinosaur.

Not sure where they conjured up this dino, but you can see it in the video below:

It reminds me of a prank that was going round some years back. I believe that one was on Japanese television. One sec, I’ll have a quick word with my intelligence about bringing it up *has a chat to intelligence*.

It takes Australia a few years to catch up on trends, including reptilian ones, but we do get there.

I need to get one of these dinosaurs for my vids ey. Teach him to chill out, relax, and grab a beer.