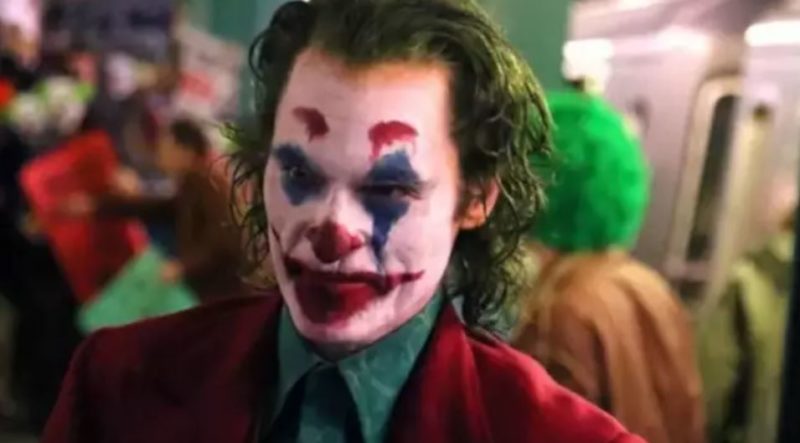 We don’t know if you’ve been living under a rock or not, but right now, the new Joker movie is all the bloody rage. It’s smashing box-office records, gathering heaps of praise, stirring a bit of controversy and shedding some light on the origins of Batman’s greatest nemesis. If you haven’t seen it, don’t worry. There are no spoilers in here.

Rightio, as you’re no doubt aware, most of the talk surrounding the build-up to this film was about whether or not this Joker could rival Heath Ledger’s. And, look, that’s always a tricky conversation. Ledger’s Joker was pretty bloody spectacular and there’s a reason its cemented into pop culture. 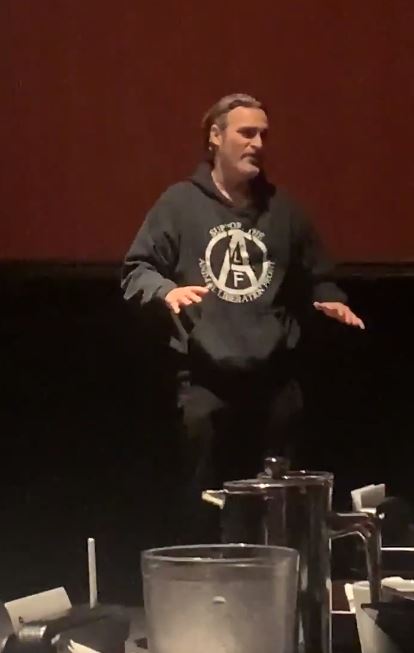 But, and it’s a tiny but, there’s almost a feeling that because of the circumstances surrounding Heath’s death, it almost feels a bit disrespectful to suggest anyone could do better when he’s not here to defend himself.

Still, plenty of people are saying this one should pretty much guarantee Phoenix the Oscar. But, er, yeah, nah, it seems like just appearing on the cinema screen isn’t enough for the three-time nominee. Yeah, nah, he straight up popped into a cinema to say g’day. 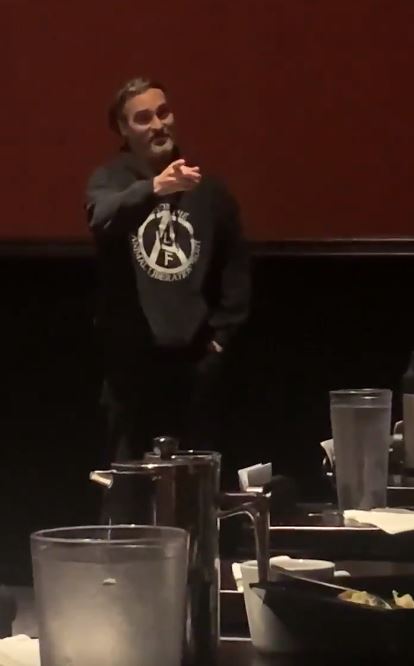 In the video down below, you’ll see him introduce himself to the audience at the Drafthouse LA. Photographer Paul Sanchez, who was there, captured it on film. He said, “What a moment. Joaquin Phoenix, who will win the Oscar for this film, was cool enough to drop in. Top five LA moment ever.” 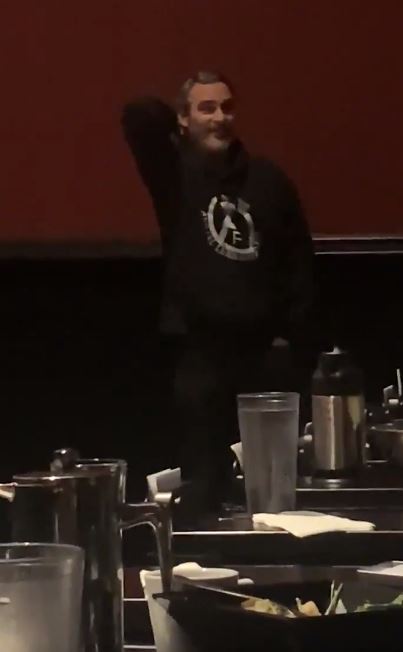 Final thought: With tonnes of buzz around this one, including Oscar talk and controversy, it’s great to see it kicking ass on its own merit and not needing to rely on the comparisons to Ledger’s legacy. If you’ve seen it already, let us know what you reckon in the Facebook comments.

If you missed the 7:30 show of #JokerMovie at @DrafthouseLA, you missed this Joker coming in and interrupting the end credits.

What a moment. Joaquin Phoenix, who will win the Oscar for this film, was cool enough to drop in. Top five LA moment ever. pic.twitter.com/GgCU2F9k1y