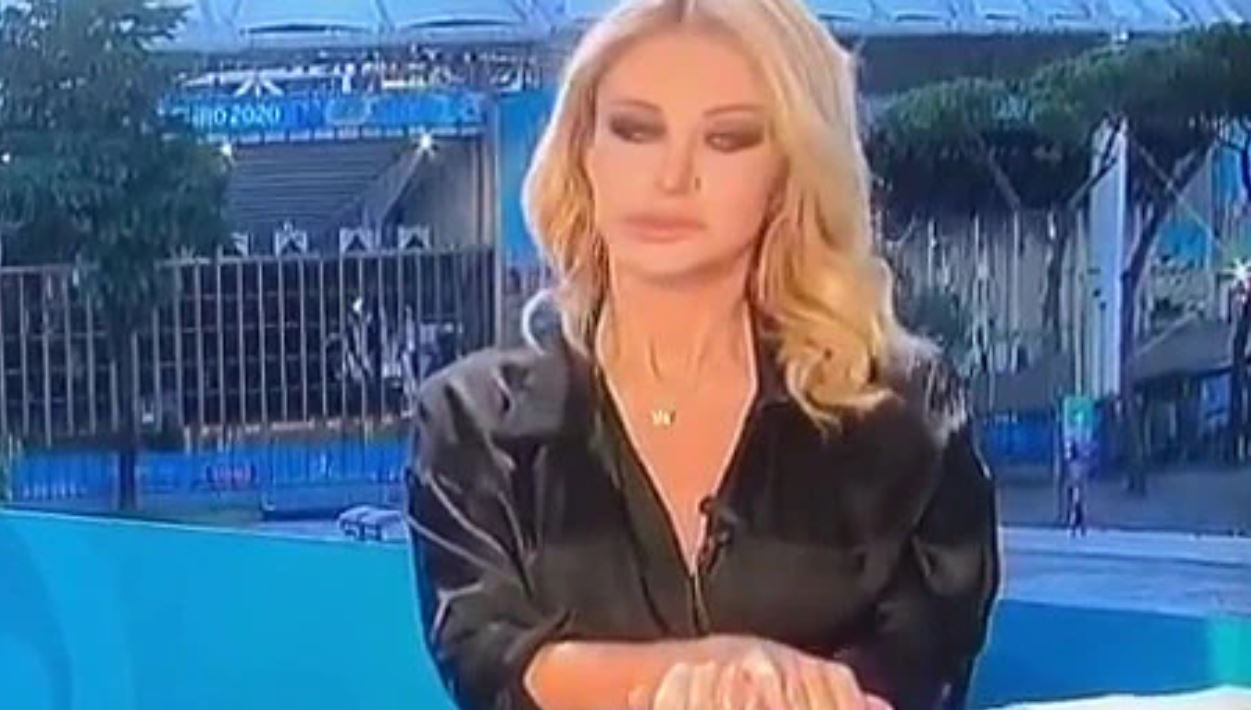 When it comes to the gash-flash there probably isn’t one more infamous than Sharon Stone’s from Basic Instinct. Yeah, nah, whether you’ve seen the movie or not, you probably know that it’s the one in which Stone gave everyone a grin from the vertical smile. Right now in Italy, though, the nation’s talking about their Euro 2020 host Paola Ferrari and claiming she’s had her own Sharon Stone moment.

Rightio, for a bit of context, a gash flash is when a sheila flashes her gash. By all accounts, it’s often done through cheekily switching their crossed legs. We wouldn’t know, because we’ve never had the joy of actually seeing one. Yeah, nah, the Misso won’t humour us and demonstrate.

And according to Ferrari, she bloody well didn’t either. She reckons that Italian blokes are kidding themselves if they think she’s given them a glimpse.

The supposed incident happened during a live broadcast when Ferrari swapped her crossed leg. Since then, Italian fellas have been rewinding the footage and playing it back on slow-mo while claiming they’re through on goal and they can see an open net. 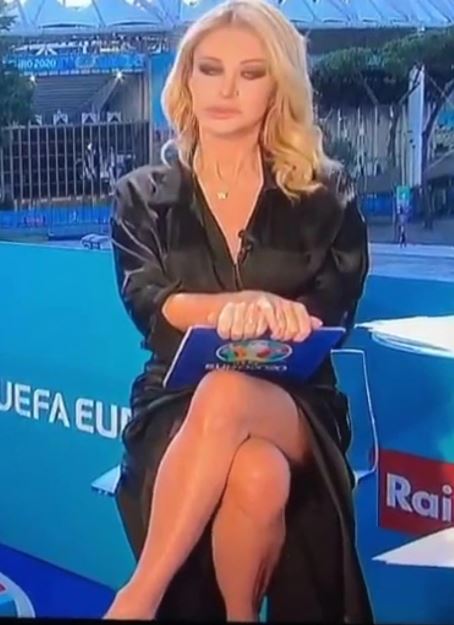 Ferrari’s not having it, though. Yeah, nah, she reckons they’re dreaming. Not only has she claimed that unlike Stone, she was actually wearing knickers, but that she doesn’t like going around commando!

“It has gone viral, they are using more VAR (video technology for this incident) than on the field at the European Championships,” she said.

She’s even claimed that those viewers who think they’ve caught sight of a tattoo are out of their minds. “I can assure you that I do not have a tattooed butterfly, I do not fly so high,” she said. “In short, the viral video seems a bit exaggerated, I presented two evenings WITH pants. Sharon Stone was not wearing underwear in that scene. I, on the other hand, prefer to protect health and hygiene.” 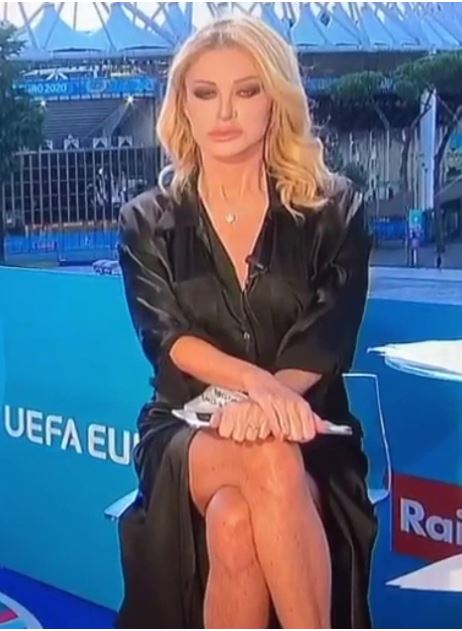 So there you have it. Ferrari’s gash flash will have to remain a pipedream for the thousands of Italian viewers who are desperate for an eyeful.

Final thought: There you go. For a minute there, some people thought something exciting might have happened in the soccer, but unfortunately, they were mistaken. Bugger.

Here at Ozzy Man Reviews, one of our favourite sayings is this one: ‘Opinions are like ar**eholes; everyone’s got one.’ The reason for that is simple. It’s true. Yeah, nah, take something like tattoos for example. You...

It’s not uncommon to hear the word ‘fearless’ thrown around to describe moments of courage and bravery, but have you ever wondered what it would be like to actually lose all sense of your fight-or-flight fear response...

9 things worn the f@#k out by time and nature

If you’ve ever gotten to the end of a tough week at work and felt worn down, we reckon you’ll relate to the images in this story. F**k, we reckon you might even relate if you’ve had a tough day. That’s because this on...