We don’t think we’re being particularly controversial when we suggest the existence of a certain perception when we talk about old folks driving. Yeah, nah, legit, we might even go so far as to say there’s a stigma, and we reckon that’d be pretty measured. Of course, like all ‘popular truths’ these widely held beliefs are often myths – and as you know, myths are there to be busted. And that brings us to today’s video…

Coming from Baldivis in Western Australia, it features an absolute speed-demon taking the downhill stretch on his mobility scooter like a f**ken champ.

No s**t, this bloke is fanging it.

He is taking that hill faster than a speeding bullet. 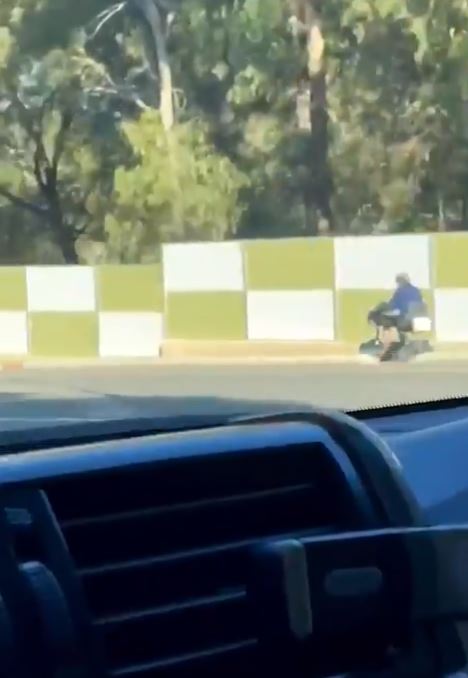 The video was brought to popular attention by the Bell Tower Times.

In turn, they’ve credited a sheila by the name of Janey M, and we reckon you’re gonna love it.

So, let’s set the scene: it’s a bloody beautiful day, and a lady we can only assume is Janey M is cruising along the street at about 80 clicks. As the video unfolds, you can see the old bloke going hard. 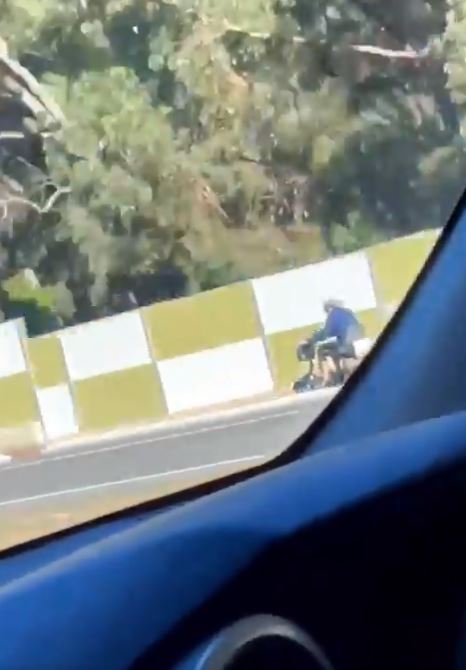 “He’s matching us,” one of the young fellas in the car says. “He’s not even wearing a helmet!”

Deadset, he’s got some speed wobbles going at times, but he’s in firm control of the mobility scooter, and we reckon this might be an old bloke who’s got a bit of experience driving fast things in fast places. 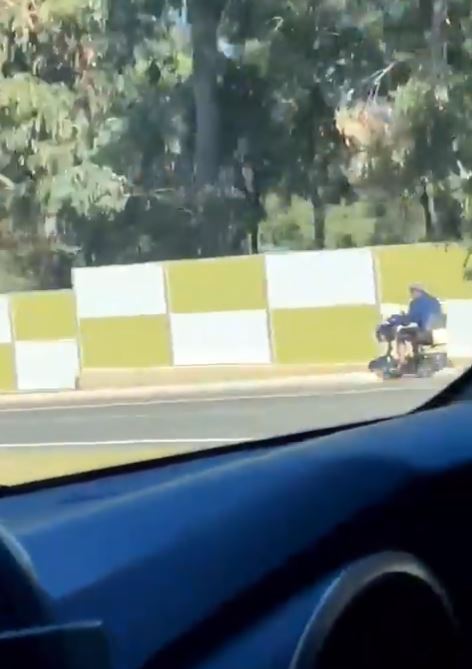 Yeah, nah, he’s probably done more than a few donuts in his time. There’s certainly no suggestion that his brakes are gone and he’s on holding for dear life.

Far from it! Have a look at his posture: this is a bloke who knows what he’s doing. He’s staring death in the face, enjoying the rush of the wind, and going hell for leather.

Final thought: Yeah, nah, we bloody love smashing stereotypes here at Ozzy Man Reviews, and we reckon this old bloke is all over it. He is a living legend, and he’s ready to step up to the big leagues. If you know an old fella who could give him a race, let us know. We’d love to see it!

By Chuck Steinway 44 mins ago

By Chuck Steinway 47 mins ago