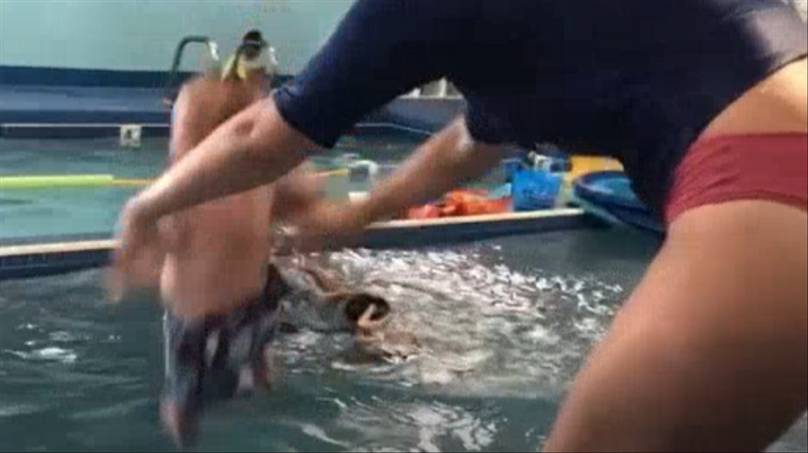 Raising kids in an age of ubiquitous mobile phones and video recording technology is an interesting prospect. Back in our day, when you had to walk sixty-miles to school, barefoot, on searing hot bitumen, you could raise kids however. If they needed a clout, they got it. If they needed the wooden spoon, they got it. If they had to learn to swim, they got thrown into box-jellyfish-infested riptides without a lifeguard. Of course, you can’t do that s**t anymore, just ask the mother of the kid in this video…

Yeah, obviously we’re overcooking it a bit. And if we’re completely honest, there’s a question to be asked about modern standards in this video. Still, we’ll give you a bit of a breakdown: the kid’s eight months old and its being taught to swim in ‘infant survival class.’ And, yeah, nah, you don’t have to ask. This s**t’s from the US. 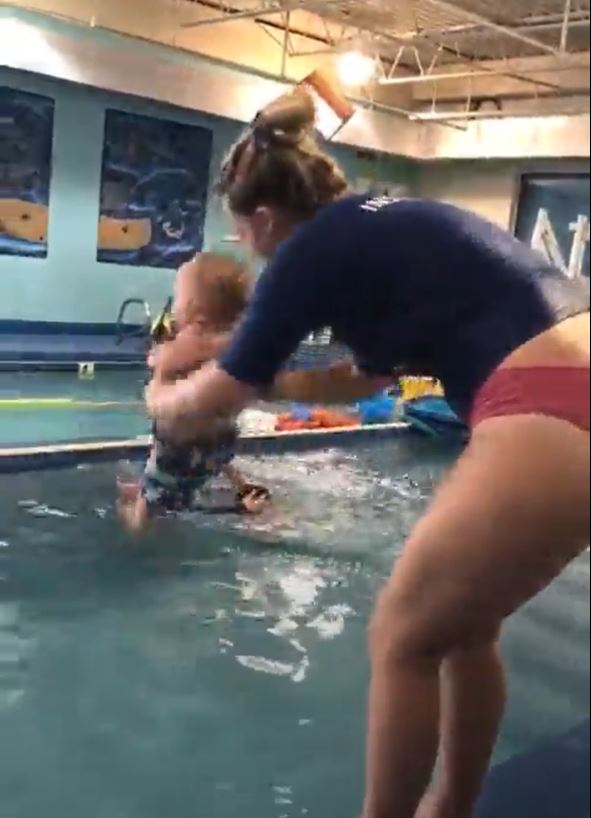 Anyway, as Krysta Meyer, the kid’s mum, tells it, she got a bit of a shock when she saw her video of Oliver learning to swim had racked up 50 million views online and not everyone’s happy. She says, “A lot of people are seeing a kid being thrown into the water and thinking, ‘That’s not good! You shouldn’t be doing that!’ I’ve gotten death threats. I’ve had people tell me I’m the worst kind of mom, that I’m endangering my children, that I’m traumatising them.” 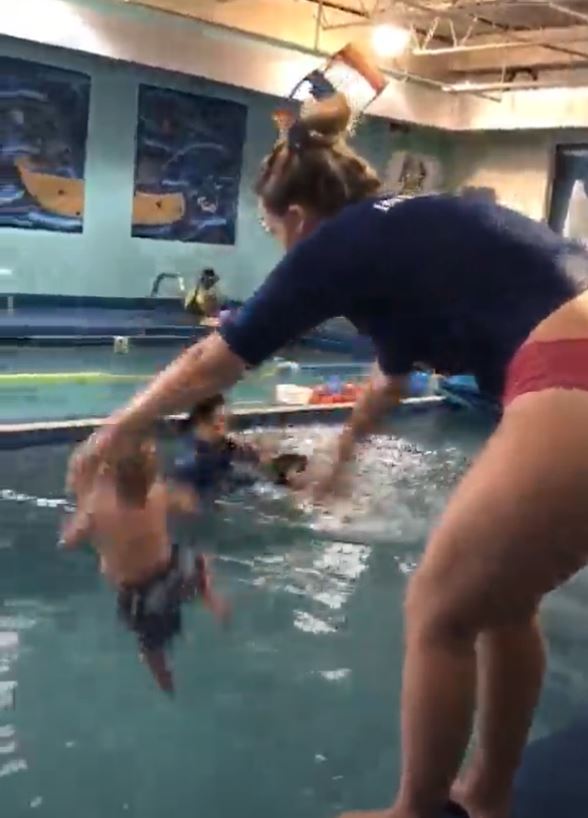 As you know, we’re not the arbiters of common sense here at Ozzy Man Reviews. We just wanna know what society reckons about s**t like this. Lauri Armstrong, the co-owner of Little Fins – the company that provides the infant survival class, which we can only assume ends up with the kid fighting Bear Grylls to death over the remains of a half-rotten camel carcass, has a different point of view. 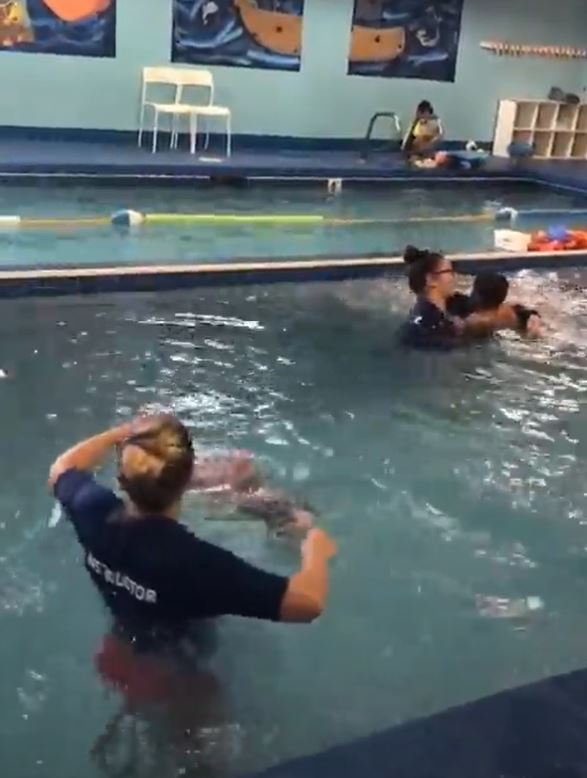 She reckons, “The whole premise behind what we do is safety. We teach eight-month-olds to assess their situation and find an exit strategy [in water]. I know it seems crazy. When kids fall into bodies of water, it’s often not pretty. It’s often very disorientating. They have to learn to come up and recover on their own.” 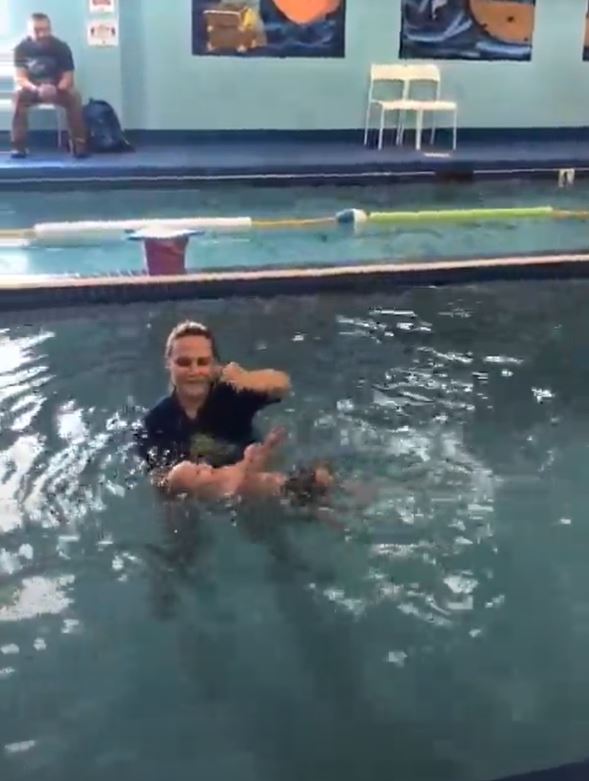 Other swim-instructors reckon that’s bulls**t. Liz Huber, founder and director of the CAST Water Safety Foundation says she “can’t think of a situation where it would naturally include force like that.” 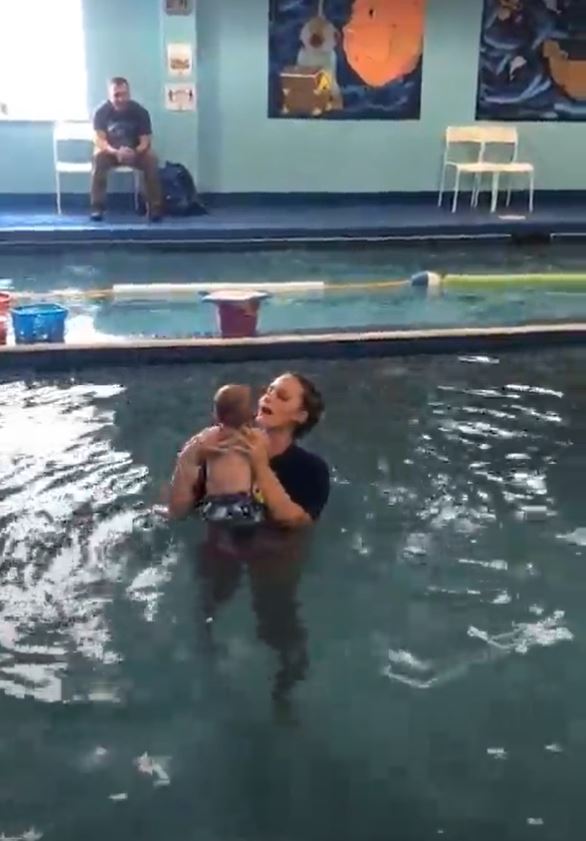 Final thought: So, over to you blokes and blokettes. This obviously doesn’t require death threats, but is this all good? Is it a case of what doesn’t kill you makes you stronger? Is it good parenting? Or, is it f**ken silly? Let us know in the Facebook comments section, you big bloody legends.

Just in case you missed it, here’s one of Ozzy’s latest commentary videos…Ozzy Man Reviews: Katelyn Ohashi Vs US Marines