Fresh from our post about Andy Dick groping Ivanka Trump on television, we’ve got another one for ya. And I sh*t you not, I could almost repeat everything I said there in this article. Essentially, what we’ve got is another brazen as f**k old b*stard just casually copping a feel in front of everyone and acting like it’s perfectly normal behaviour. This time former Spice Girl, Mel B, is subjected to the wandering hands…

Have a go at this sh*t will ya? The bloke in question is Louis Walsh. He is, apparently, a former judge on the pommy version of The X Factor and another bloke who just wasn’t raised right. When the video opens you can see Mel B, sitting next to the touchy-feely old git. 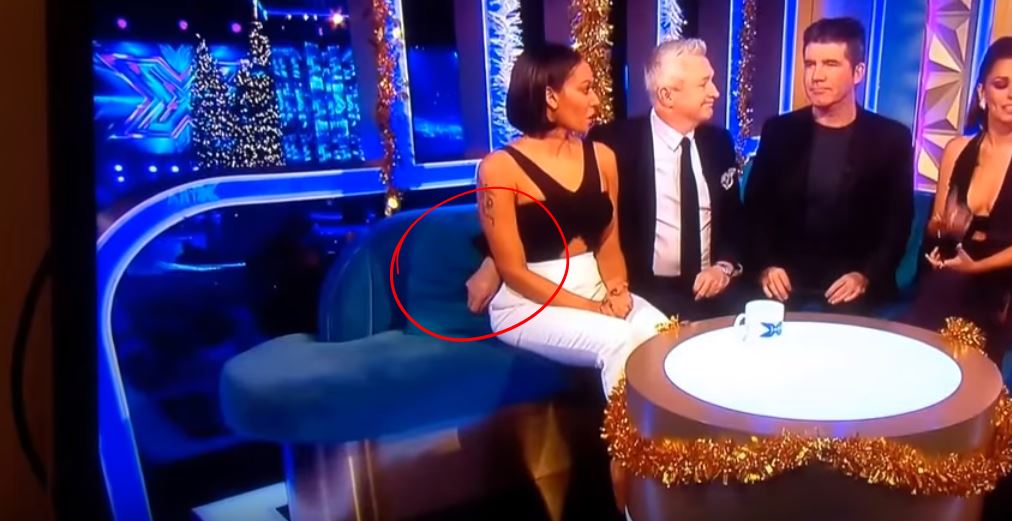 If you have a gander at where his busy, busy hands are, you’ll see they’re planted firmly on Mel B’s tush. Yep, he’s obviously stuck his arm around there in some sort of old grandpa move and then let his fingers do the walking. 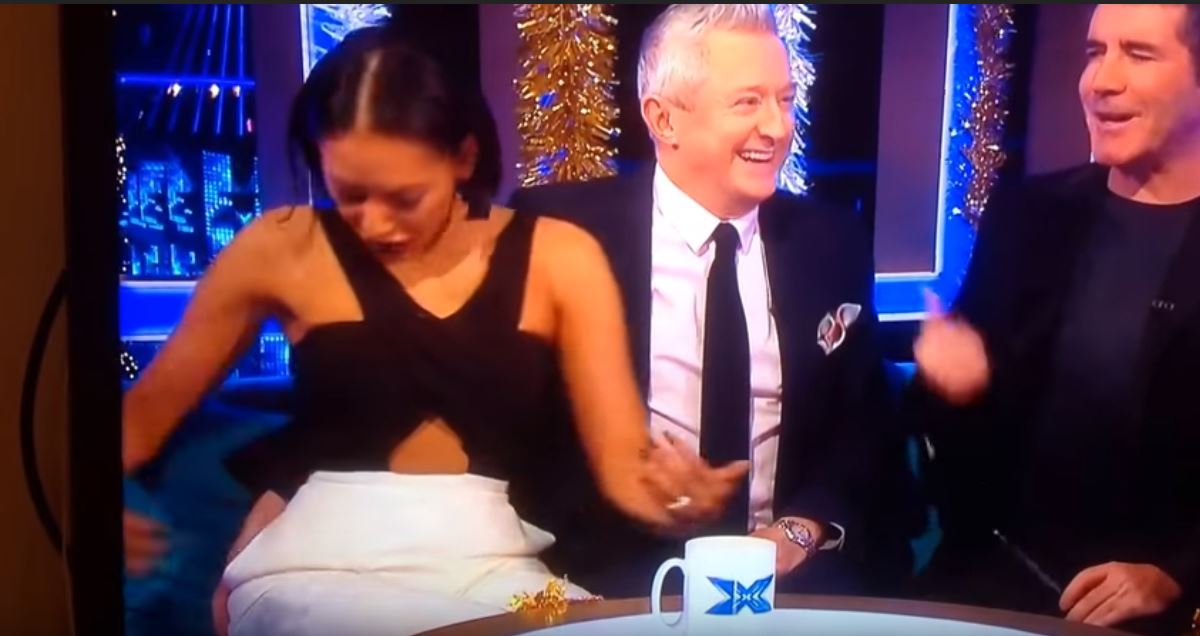 The look on Mel B’s face says it all. She is clearly uncomfortable, awkward, and f**ken disgusted all at once. And why shouldn’t she be? He’s not just cupped her arse, he’s slapped it, squeezed it, and jiggled it. That sh*t is sexual assault. There’s just no way to deny that. 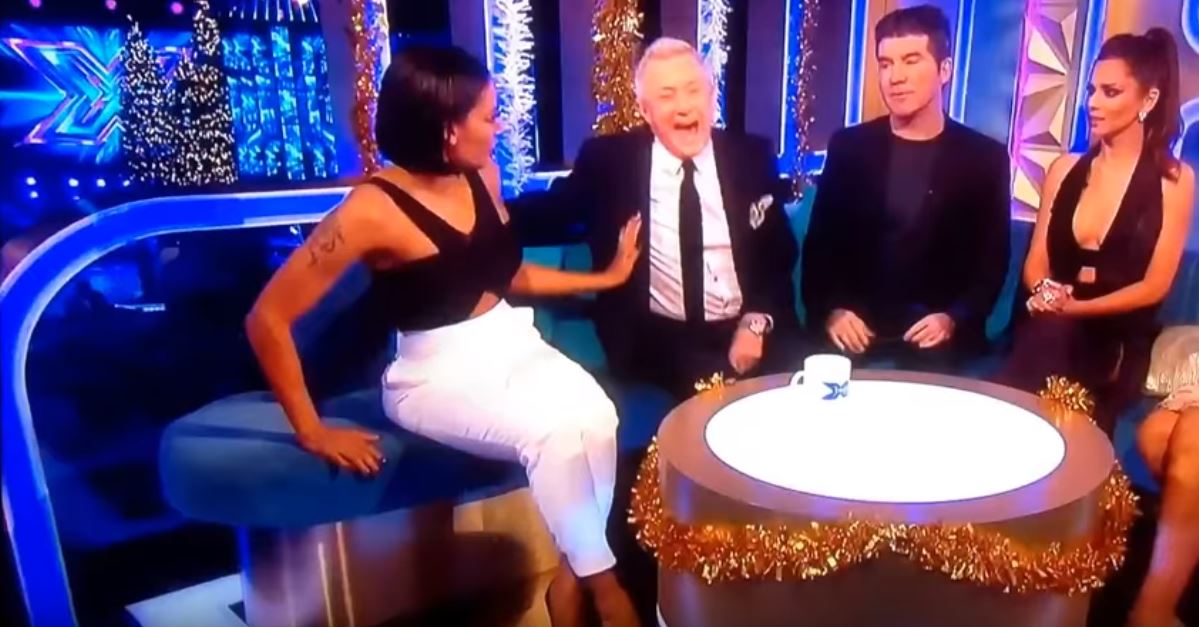 After being called on it, he thinks it’s funny despite her discomfort. Credit: The X Factor

Mel B, clearly f**ken outraged stops the show. She’s all like, “Hold up, Crawford,” whoever the f**k that is, “did this dirty old prick just grope me?” F**K YES! Call him out on it. That’ll surely piss everyone off won’t it. They’ll rush to her aid.

Yeah, yeah, nah. They don’t give a shit. Walsh says he’s ‘protecting’ her. Then, as she moves away from the snaky old c**t, he f**ken slides down after her. Bloody hell. 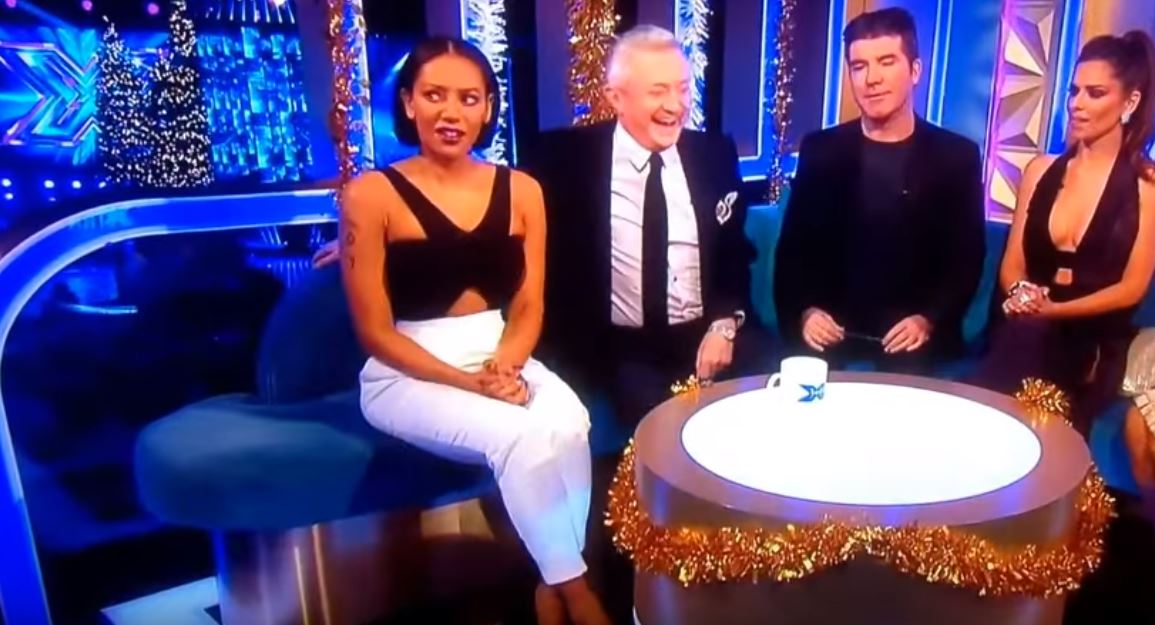 So he sidles down to back within arm’s reach. Bloody hell. Credit: The X Factor

Final thought: I just don’t get it. My Mum would have slapped the sh*t out of me if she saw me doing something like that. I guess all we can do is name and shame the pricks until people get the message that it must stop. As for the others who just treated it like it was completely fine, good on ya.