Granny spotted rocking out on bloke’s shoulders at music festival

One of the things we’re fairly confident you’ve heard your music-loving mates say is, “When I’m old, I’m still gonna be going to music festivals and gigs.” Crikey, you’ve probably even said it yourself. But for some reason, the numbers don’t seem to add up when you actually get to gigs. Obviously, you take into account that the oldies probably listen to better music than you, but it’s definitely rare to see an octogenarian rocking out at a contemporary festival…

Thanks to the magic of music, though, we can now share a video with you that will show you exactly that. Deadset, the video shows a legendary old duck at a gig, but she’s not just hanging out, she’s on a bloke’s shoulders and she’s having a ball. 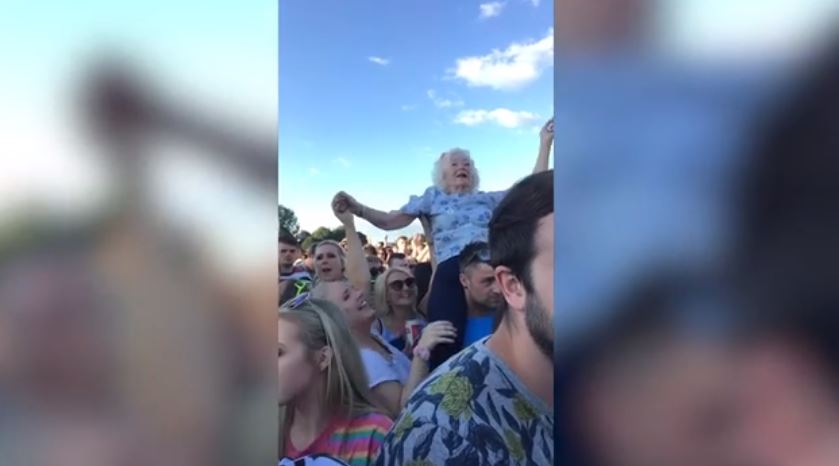 It was filmed by Cian McGivern in the audience for Lewis Capaldi’s set. He commented, “Highlight of @TRNSMTfest during @LewisCapaldi. What a f***ing woman,” and then followed up with a reprisal, in which he claimed, “One of the best things I’ve ever witnessed.” 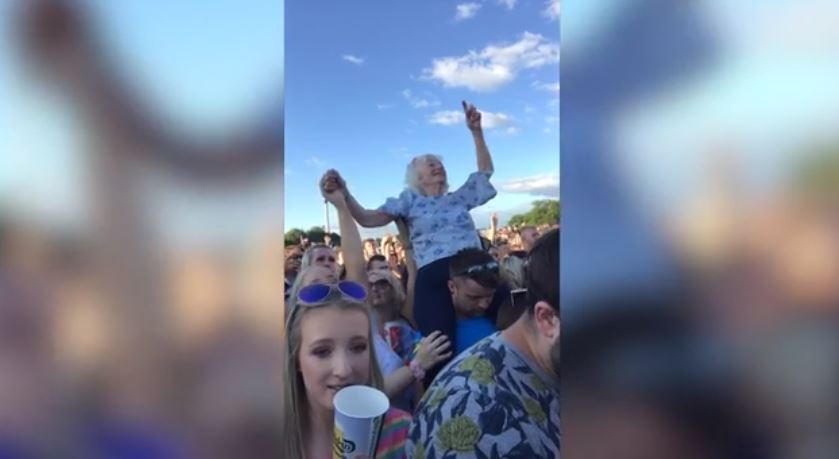 The tweet was shared around the web pretty bloody quickly and it didn’t take long before someone claimed the awesome old sheila as their gran. “That’s my gran,” she said. “Thanks for capturing it! She had an absolute ball! Honestly, if I have half as much energy as she has by the time I reach her age, I’ll be absolutely chuffed.

Of course, even Capaldi himself had to get in on the love-fest – and why wouldn’t he? He retweeted the footage, claiming that he “F**king loved it!” 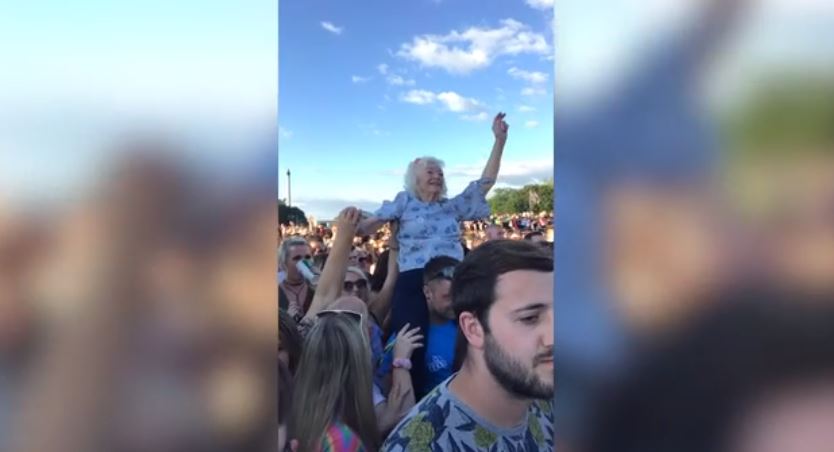 Next time you hear one of your mates claim they’ll still be dominating the pit in thirty years, show ‘em this video and tell ‘em that you need to see ‘em chilling out on some bloke’s shoulders, waving their hands in the air and ignoring the fact their back’s gonna hurt for the next week before they can say they’ve achieved it.

Final thought: We all know music is the ultimate way to bring people together and have them sharing the love, but if you reckon you’ve seen anything better than this, post your thoughts in the comments – and pics go a long bloody way as well.

You know, there’s a lot to be said for body language. Deadset, it’s almost as if we have this evolutionary ability to communicate information to people without saying anything. S**t, turning it around, it’s almost lik...