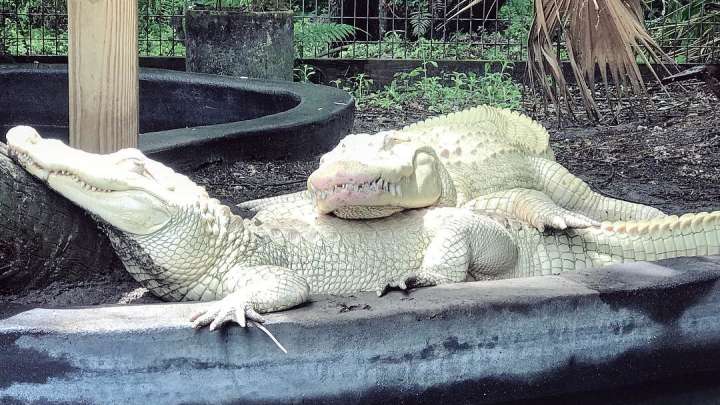 You’d better bloody believe we’re big fans of all of planet earth’s crocodiliacs here at Ozzy Man Reviews. Obviously, our legendary Ozzy crocs, the saltie and freshie, take pride of place, but across the world, there are all sorts of the cantankerous buggers. Keeping that in mind, you’ve no doubt heard of alligators. They’re the big American ones, and although, they’re actually a bit different to crocodiles, they’re just as awesome. So when we heard that a wildlife park in Florida’s captive breeding program has led to a batch of albino alligator eggs, we had to investigate!

Rightio, for this one, we’re heading to Wild Florida in, of all places, bloody Florida!

These guys love their alligators and in a remarkable bit of match-making, they’ve paired up two albino alligators, Snowflake and Blizzard. 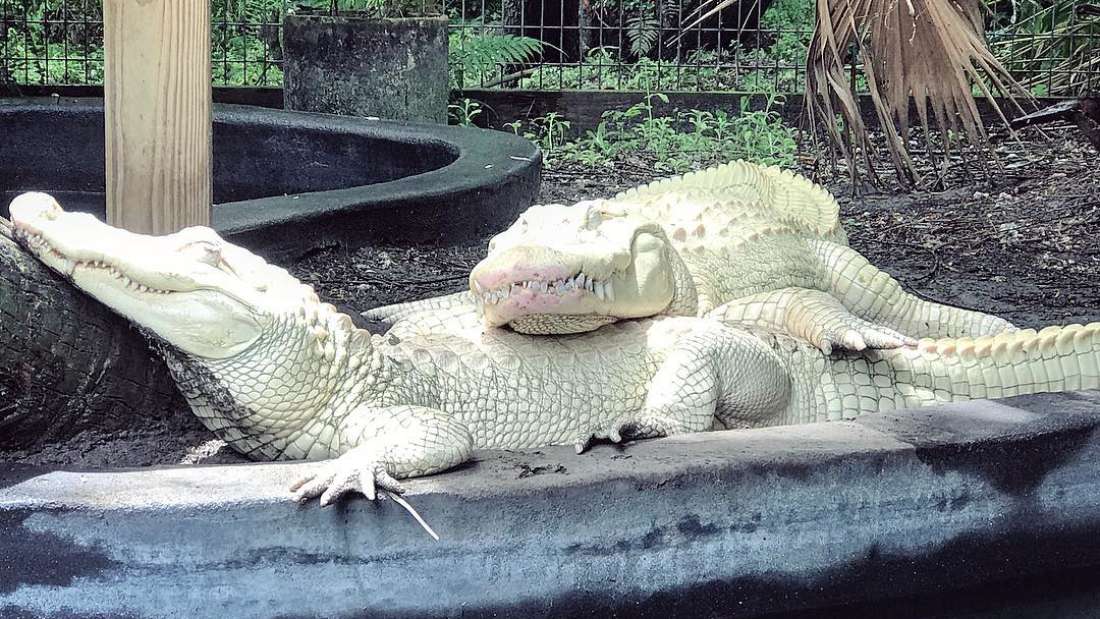 Obviously, after spending some time paired together, these two randy reptiles have danced the horizontal shuffle and there are now 19 albino alligator eggs underway.

A few weeks back, staff at the park noticed that bloody Snowflake had built a nest and was getting a bit feisty when people came near. Being a bunch of curious codgers, they distracted Snowflake and had a squiz.

Obviously, they found the eggs and moved them to an incubator. The park’s co-owner told WFTV, “Alligator moms are some of the best moms out there in the animal kingdom, but unfortunately Snowflake is blind due to her albinism. To ensure these eggs have the highest chance of survival, we’re relocating the eggs to a more secure location to help protect them from natural predators and monitor their progress.” 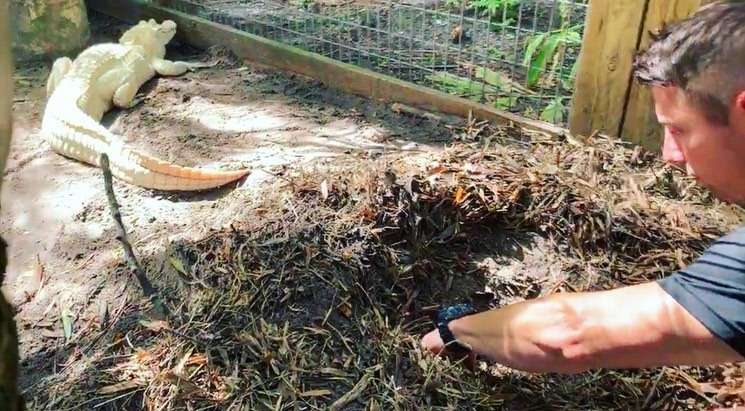 And speaking of progress, they know these things are cooking up just about right. Christian Martinez, another member of the croc team, said, “These guys are fertile, they’re connecting to the embryo and they’re developing, they’re healthy, fertile eggs. It’s working, fingers crossed!”

And we reckon that’s bloody great news. In the wild, albino creatures don’t tend to survive very long. Yeah, nah, they’re a bloody sitting duck for other predators. Besides, when you’re whole game is being a bloody ambush predator, living as a bright white reptile with pink eyes in a murky river system doesn’t hold much cop. 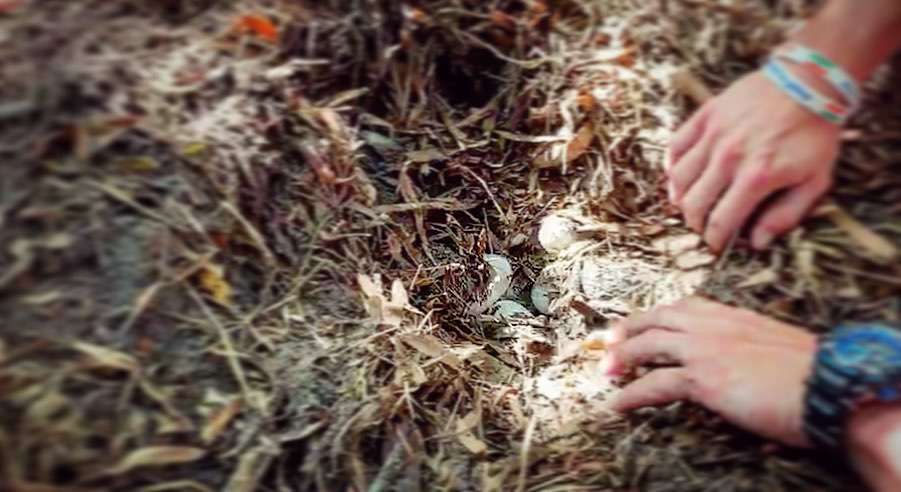 Staff at the park are giving these eggs a 95% chance of survival – and that’s bloody grouse!

Final thought: Honestly, we reckon this is a bloody marvellous bit of biological engineering. As a result, we’re giving the big congrats to Snowflake and Blizzard. Bloody good on ya, guys. Top stuff.