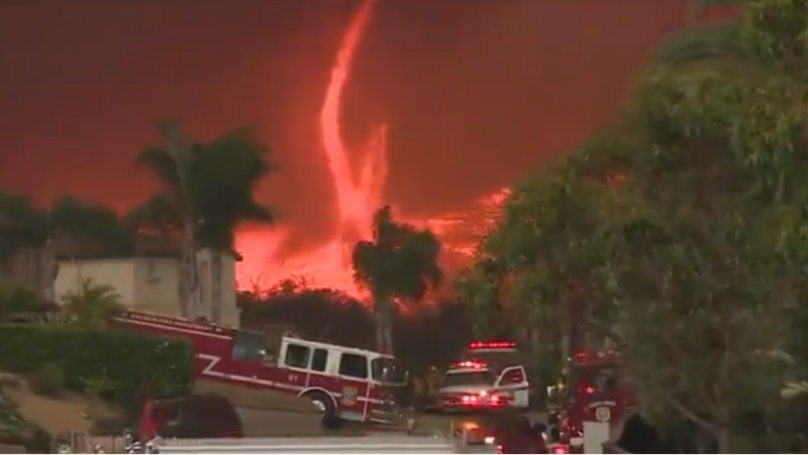 Holy sh*tballs, blokes and blokettes. Have you seen the f**ken fire that’s been tearing its way through California over the last week or so? It’s forced the evacuation of thousands upon thousands of citizens and shows no signs of stopping. As it continues to spread, take a moment to watch the fire tornado caught on camera…

We’ll start with the basics on this one – it’s a f**ken nightmare for the families and residents of affected areas and our thoughts are with them. A horrifying force of nature like this is something you wouldn’t wish on your worst enemy.

At last count, the blaze had totalled over 145 thousand acres of land, and was the sixth worst in California’s history. It’s believed to have been caused when a flat tire caused the rim of a wheel to spark on the tarmac and ignite leaf-litter and dry foliage. It’s already claimed the lives of seven people, including two fire-fighters. 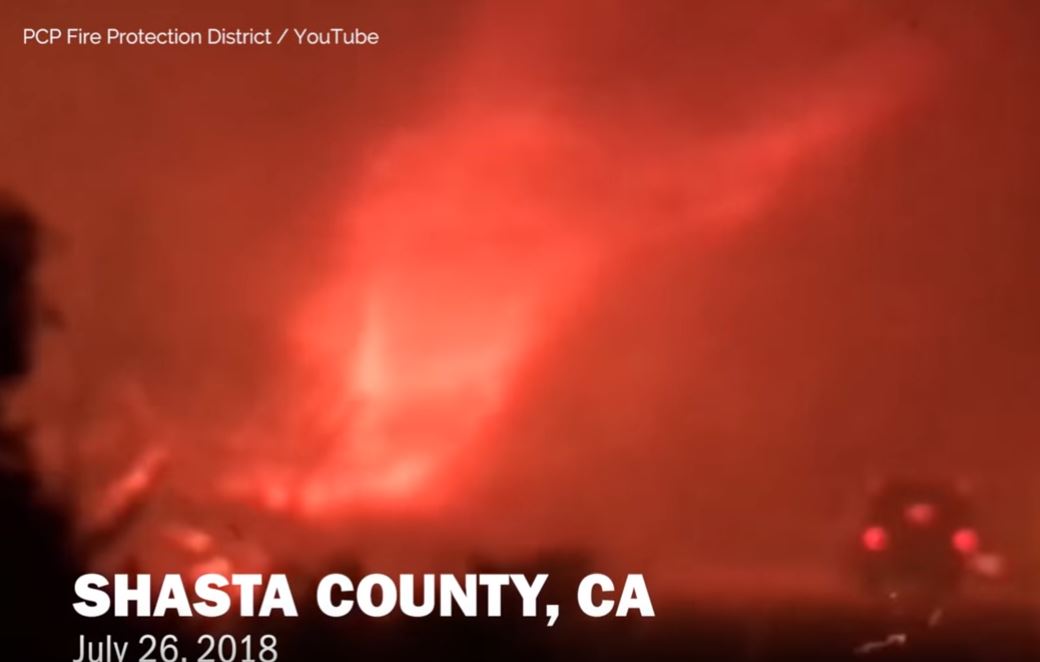 Keep that in mind when you view the footage of the fire tornado in this video. CALFIRE chief, Ken Pimlott, said crews had seen “fire whirls – literally what can be described as a tornado.” To add to the horror, he added that, “This fire was whipped up into a whirlwind of activity, uprooting trees, moving vehicles, moving parts of roadways.” 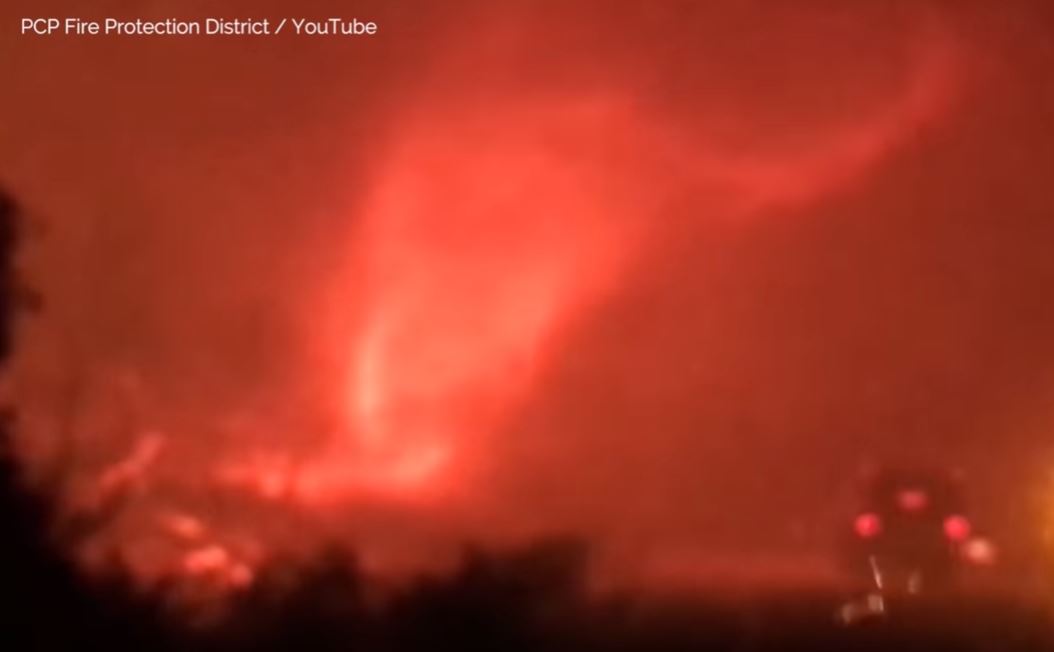 The video shows an army of fire trucks in position ready to try and contain the fire while in the background, the fire rages. As the wind gusts across the flames like a giant f**ken bellows, it fans the flames and like the very infernos of hell, the flames dance and cavort with murderous potential.

To show you just how devastating this fire is, we’ve included a few videos for you. This sh*t is frightening. 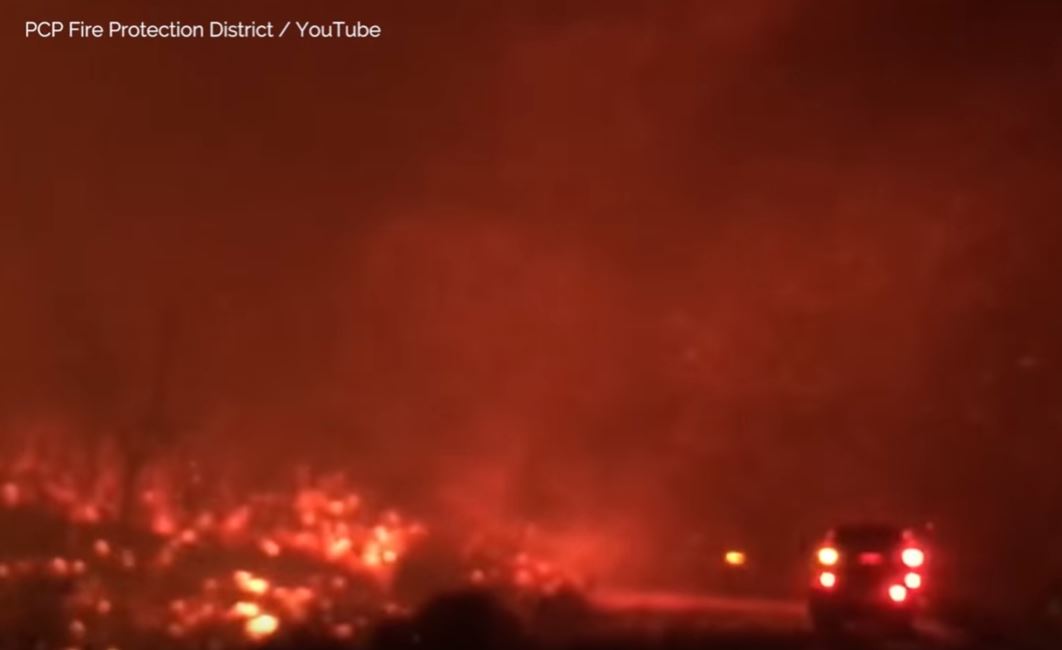 Final thought: As we said before, f**k we hope you guys get this under control soon. If you’re in the area, stay safe and don’t take any silly chances. F**k.