Blokes hack arcade game to get sh*tload of tickets

Mate, how the f**k are ya? Are you better than a dugong’s donut? Happier than a double-dicked dingo? Cheerier than a cassowary’s cockles? I hope so. BUT, if you’re not, we’ve got just the thing for you: a little life-hack that’ll have you rocking the f**k out of video games at the arcade, loading up on those sweet, sweet tickets, and taking home all the cool sh*t you can carry. Yeah, nah, deadset, thanks to three young dudes who’ve clocked the f**k out the Deal or No Deal game, we can now all enjoy the winnings…

You’ve gotta love a bit of ingenuity. They say that what sets us apart from the animals is our ability to problem solve. To adapt and overcome. To use technology to distance ourselves from the filthy four-legged creatures of the forest and our origins as f**ken monkeys. 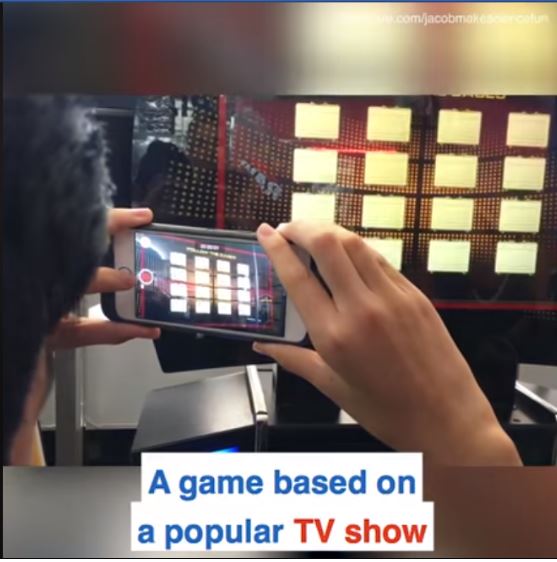 It’s fair to say the lads in this vid do all of that and a bit more. Thanks to the space age equipment they carry around with them – their mobile phones – they figure out that when the Deal or No Deal game thinks it can outsmart them by moving briefcases faster than a Corby leaving customs, they can just film it and then play it back at a slower speed. 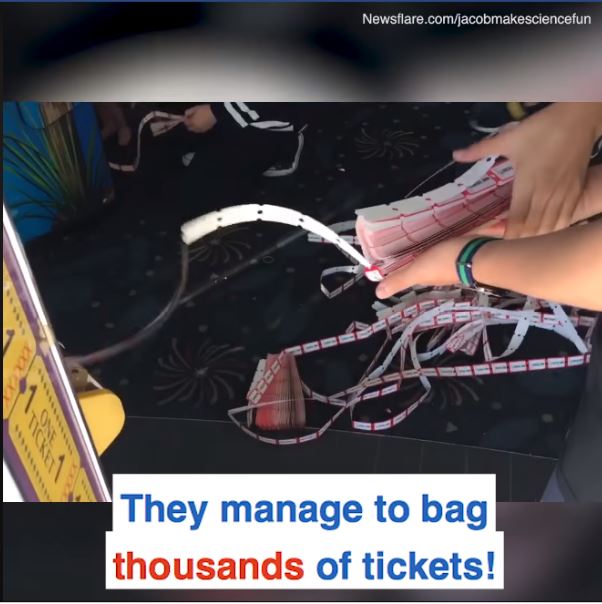 So simple. So smart. So effective. And seriously, once the f**ken results are in, these boys are cheering. They f**ken win big on the old Deal or No Deal and they collect all the tickets. From there it’s a short walk to the ticket counter and the adoration of the young kids who are blown away by the sheer number of tickets they have.

What must have been ten f**ken years later, the machine has finished counting and they’re off to collect their prize. With that many tickets they must be able to get something really awesome – like an eraser or a temporary tattoo. Ah, sh*t, it’s better than that, it’s f**ken Jenga.

Let’s see them drink a few beers and hack that sh*t! 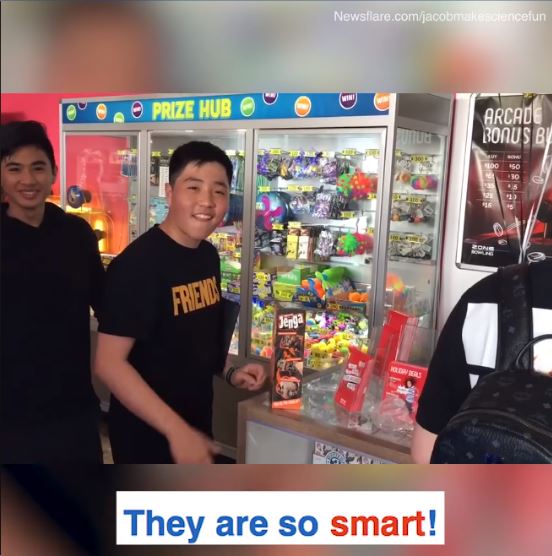 Final thought: F**ken good work blokes. With your hack, you’ve probably single-handedly caused the extinction of that particular game. No self-respecting arcade is gonna want one now. Not necessarily a bad thing. Not when they can load up a retro game instead – you know, like f**ken Tekken.

Just in case you missed it, here’s one of Ozzy’s latest commentary videos…Ozzy Man Reviews: The Queen’s Guard