Yeah, nah, we know some of you blokes and blokettes will be pretty f**ken keen on your dirtbikes, but you can’t deny that some young whippersnappers know exactly how piss off locals when they’re going for a spin. One local who got pretty bloody sick of kids tearing s**t up on their dirtbikes is Mike Hardiman. This bloke took matters into his own hands and f**ken took one of the little buggers down!

According to Mike, a couple of local teens have been driving the residents of a quiet suburban town completely f**ken batshit with their dirtbike antics. Yeah, nah, instead of nicking off into the woods and going nuts, they’ve been doing burnouts in the gravel and flicking rocks onto nearby cars. 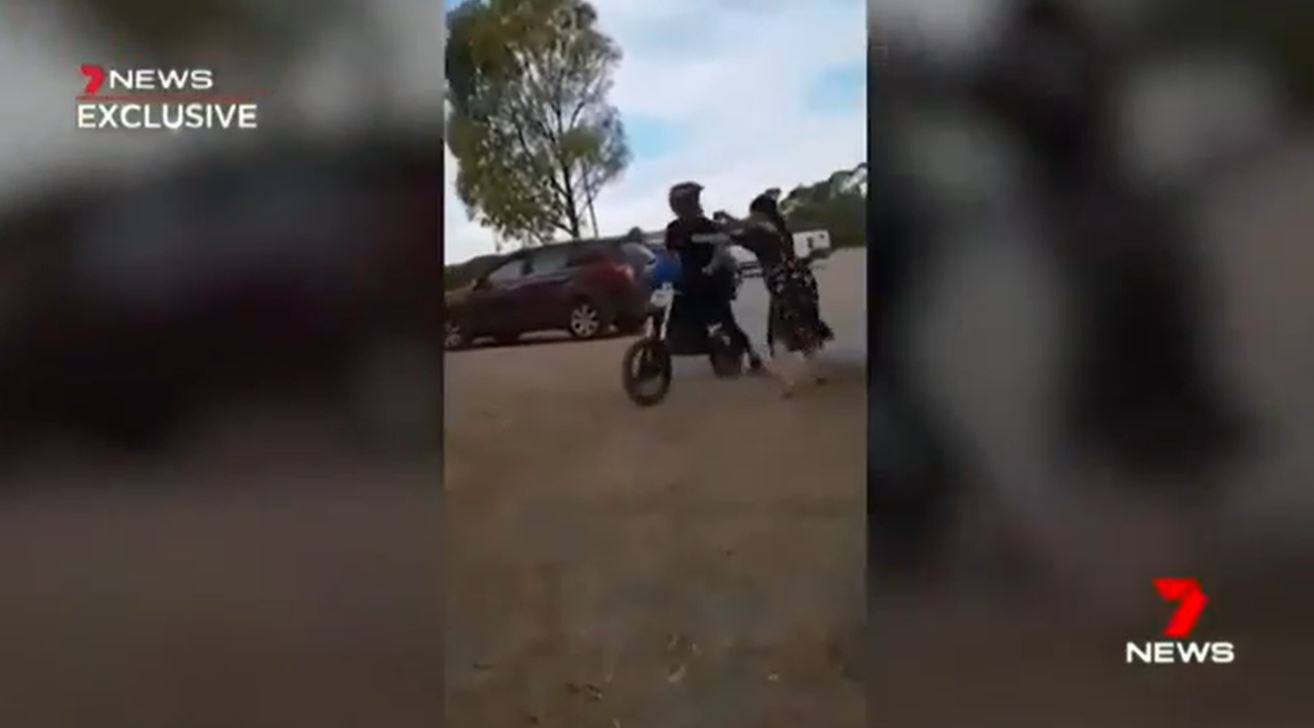 “You just don’t need people like this riding out in the open,” Michael reckons. “On and off the footpath, cutting across fields – it’s just too dangerous.” 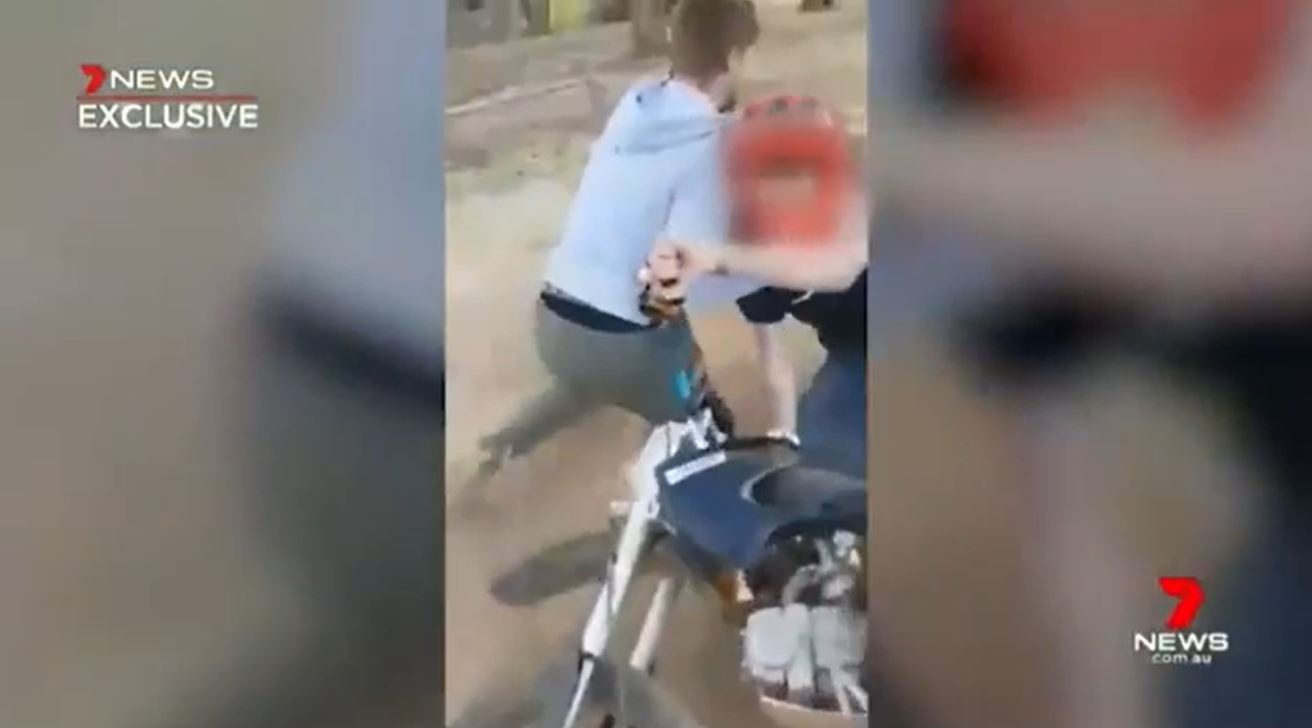 So when he saw his opportunity to grab the little s**ts and make a citizen’s arrest, he f**ken jumped on the chance. In the video, which is linked below, his missus gives one of the little hoodlums a good shove as he tries to get away. 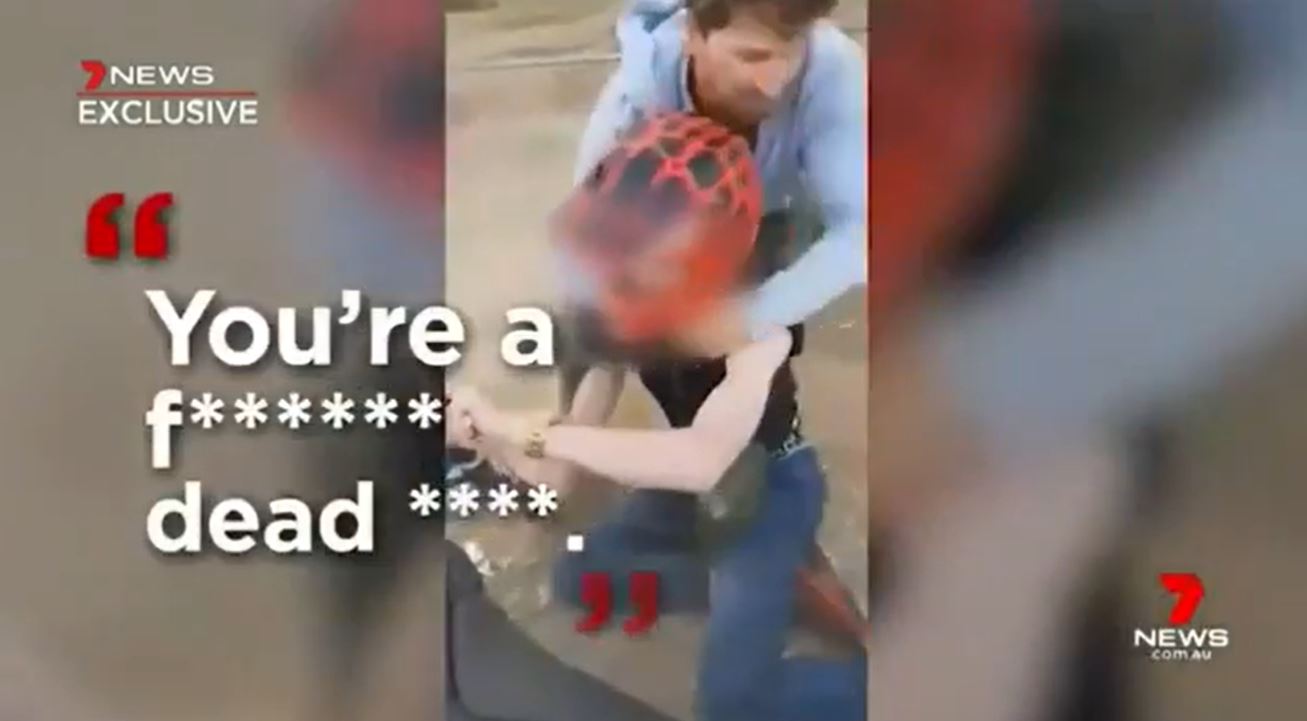 That knocks him off balance, but just as he rights himself, Mike’s like F**KEN BANG. He wraps his arms around the dude and drags him off the bike. “Call the police please!” he says to the missus. And you’ve got to give him credit for staying calm in a pretty tense situation.

While some reckon he should probably have let the cops handle matters, he reckons he’s done the hoons a favour. “Someone will probably get more aggravated than me and run them down with their vehicle so they should count themselves lucky this time.” 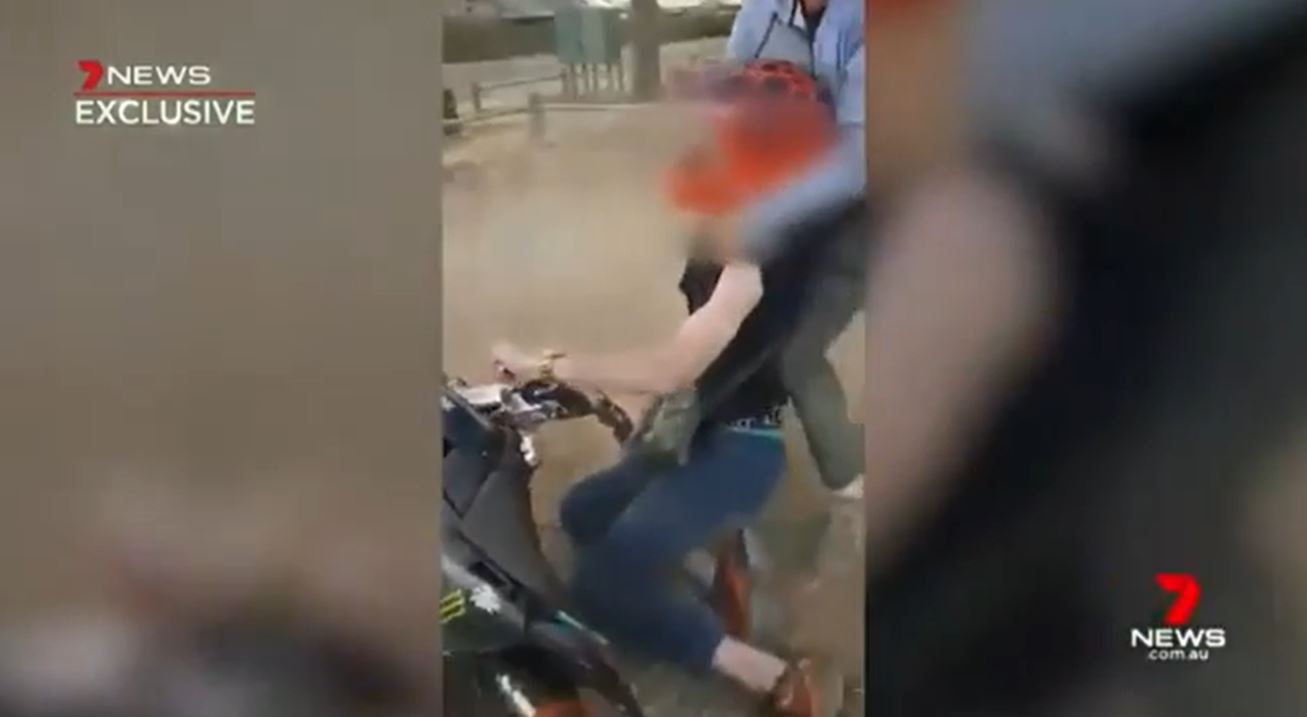 When the cops got there, they fined the riders for riding unlicensed and unregistered.

Final thought: Yeah, while there’s nothing quite like going for a spin out in the field or the forest, it can be pretty f**ken annoying for residents when dirtbike riders keep whizzing through suburban streets. What do you reckon, though? Was Mike within his rights to take the pricks down, or should he have let the cops handle it?