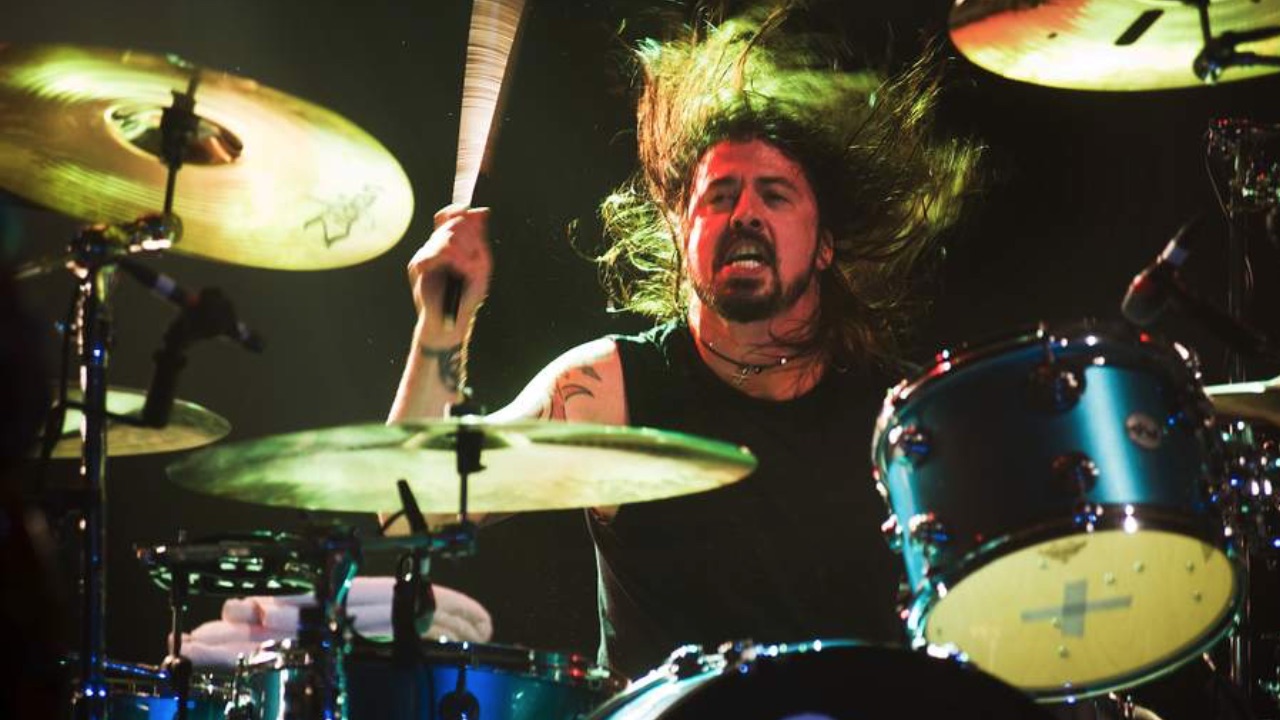 If you know anything about Dave Grohl, it’s that he’s a well-loved fixture of the rock pantheon. The former Nirvana drummer and Foo Fighters mastermind has lived his life to the full in the years since Nirvana came to their tragic end, but it’s obvious he’s a reflective person who’s always trying to make the most of everything he has. Now, while touring in support of his latest memoir, the beloved rocker has gotten back behind a kit to bust out an old Nirvana favourite.

Yeah, so, for a bit of that context you love, Dave’s not just a formidable musician and songwriter, he’s also a successful author. Having already written a memoir in the past, he’s been back at it lately, and his latest book, The Storyteller, is now available.

Just as he would for a new album release, Grohl’s been touring to celebrate the launch of the book, and at a recent stop in New York, he performed a few acoustic renditions of Fooeys favourites before hitting the skins and playing along with Smells Like Teen Spirit.

As you’re no doubt aware, it’s still one of those timeless songs that can send a crowd anywhere into raptures. Yeah, nah, if Grohl ever gives this one a bash, it’s going to be a huge event, and it’s always great to see him doing it.

Dave Grohl had a solo event the other day at @TownHallNYC for his new book and played the drums over Smells Like Teen Spirit pic.twitter.com/JCZtnRlK9b

Of course, you can never accuse him of not being a savvy operator. Nevermind, the album Smells Like Teen Spirit came from turns thirty this year, and it’ll see a special re-release to mark the occasion.

Dave Grohl, @PaulMcCartney and @acdc walk into a bar…
Not the setup for a joke, just one of the incredible stories contained within Dave Grohl's memoir The Storyteller, available here: https://t.co/7AG2raiuhI
See our full interview here: https://t.co/ogbtSOAUhW pic.twitter.com/Oh3UyuL5Yd

Final thought: It’s always interesting to consider just how Nirvana would have evolved if they’d remained together and had continued into the future. Would they have been one of those timeless bands like Metallica and The Rolling Stones or would they have called it quits. Let us know what you reckon in the comments section.

Rightio, ya big bloody bewdiful legends, for today’s piece, we’re gonna need to take a little ride back in time. We’re having a squiz at YouTube’s musical marble master, Wintergatan’s latest video and comparing it bac...

Whether you first heard it in a bloody Cadbury commercial or you’re an OG fan of Phil Collins’ classic-as-f**k banger In The Air Tonight, you’re probably no doubt aware of the fact the song straight rips. Yeah, nah, i...

Coolest bloke on Earth shreds some Hendrix while skateboarding

When it comes to being rad, gnarly, and a fully-sick mad c**t, there are a couple of ways you can go. You can be the kind of dude or dudette who cruises through a city on their skateboard, or you can be a f**ken shred...

Some people dedicate their lives to the art of mimicry and impersonation. They work hard at that sh*t, and they drop lots and lots of coin on it, but every now and then along comes a natural. An impersonator who doesn...