G’day blokes and blokettes, Chuck here again. How ya going?

My missus is always telling me there’s nothing more annoying than someone smiling at you when you’re already pissed off and blowing ya top at them. It is, apparently, red rag to a bull. And she’s right.

If you remember being a little whippersnapper who was only as tall as a wallaby’s wanger, you probably remember smiling while your oldies were giving you a lecture about your sh***y behaviour. “Don’t you f**ken smile at me, young man!” 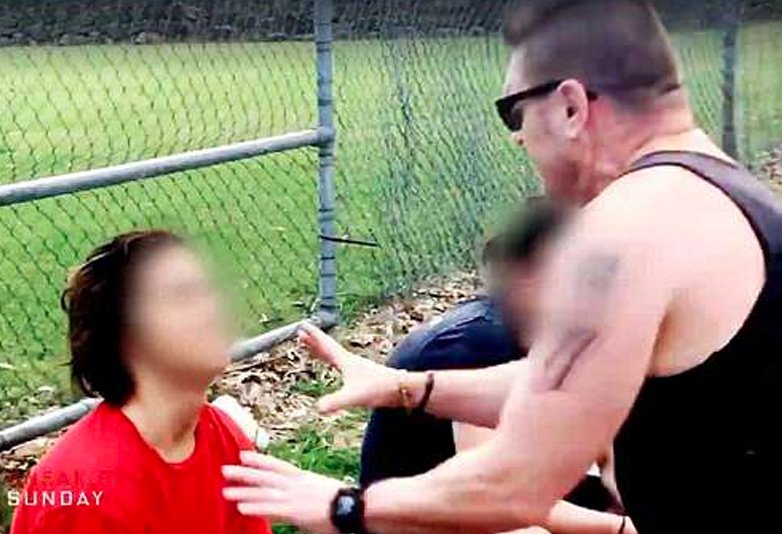 Keep that in mind while you watch the video of a Brisbane dad talking to his daughter’s alleged bully at the bottom of the page.

In the first few moments, Dad’s all like, “Listen here, ya little vajoyna. If you ever f**ken bully me daughter again, I’m gonna make ya pull me finger so f**ken hard I fart fire. I’ll rip ya head off and sh** down ya throat.”

Then, yeah-nah, he’s not playing, he’s genuinely trying to pop the kids head off. He’s choking him harder than a chicken on a Tuesday.

We know now that he told that bastion of quality Ozzy journalism A Current Affair that the accused bully f**ken smiled at him in the middle of his lecture. If that’s true, it probably explains the split-second switch of gears. Because in the video, he wrings that kid’s neck like it’s a pair of dick-togs after a swim. 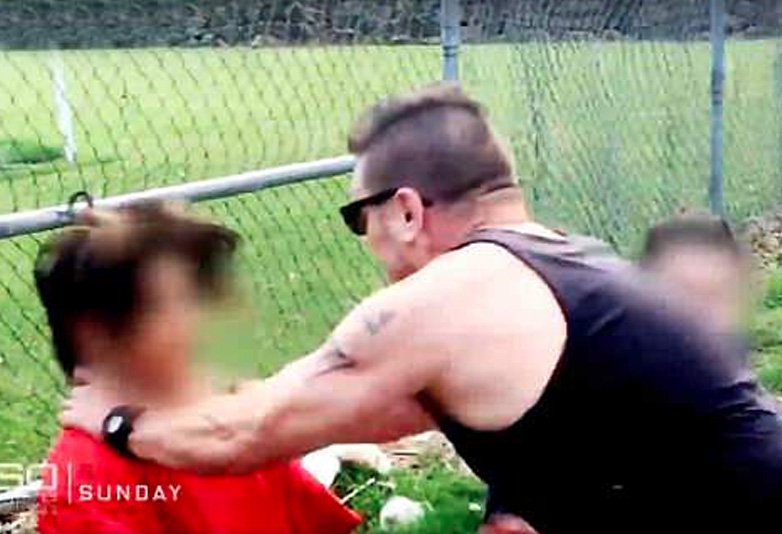 The kid’s probably thinking, ‘Ah, f**k, if I knew was gonna die today I wouldn’t have done me bloody homework.’  Who am I kidding? That kid didn’t do his homework anyway.

At this point, I’d like to imagine Dad’s thinking something like, ‘Bugger. I can’t really escalate this from here. Maybe a punch would’ve been a better move…’ In reality though, if Dad’s thinking anything, it’s probably ‘F**KEN RAAAGGGHHHH’.

In the ACA story, the daughter revealed the alleged bully had been taunting her for a while, even buying her gifts like shaving cream and telling her to use it. If that’s true, it’s hard to say the kid doesn’t deserve it. That’s bloody sh**house behaviour. On the other side of the coin, there are better ways to handle it and Dad’s probably fairly lucky he only received a $1000 fine for his efforts. 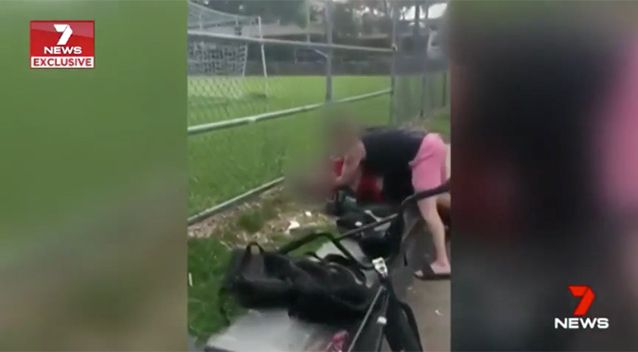 Final Thought: It’s really hard not to feel a bit of sympathy for Dad here. He’s bang on when he says that in his day you didn’t treat women the way this kid is supposedly treating his daughter, but at the same time, whether you like it or not, you can’t just assault people. If the problem’s so bad you need to resort to violence, get a restraining order. It won’t cost you nearly as much as coin. (Having said that, it seems like plenty of his mates would buy him a round for his actions – and I probably would too!)

Finally… if you’re the kid who copped the throttling, don’t f**ken smile at people when they’re angry with you. Just say sorry, shut the f**k up, and do your homework!