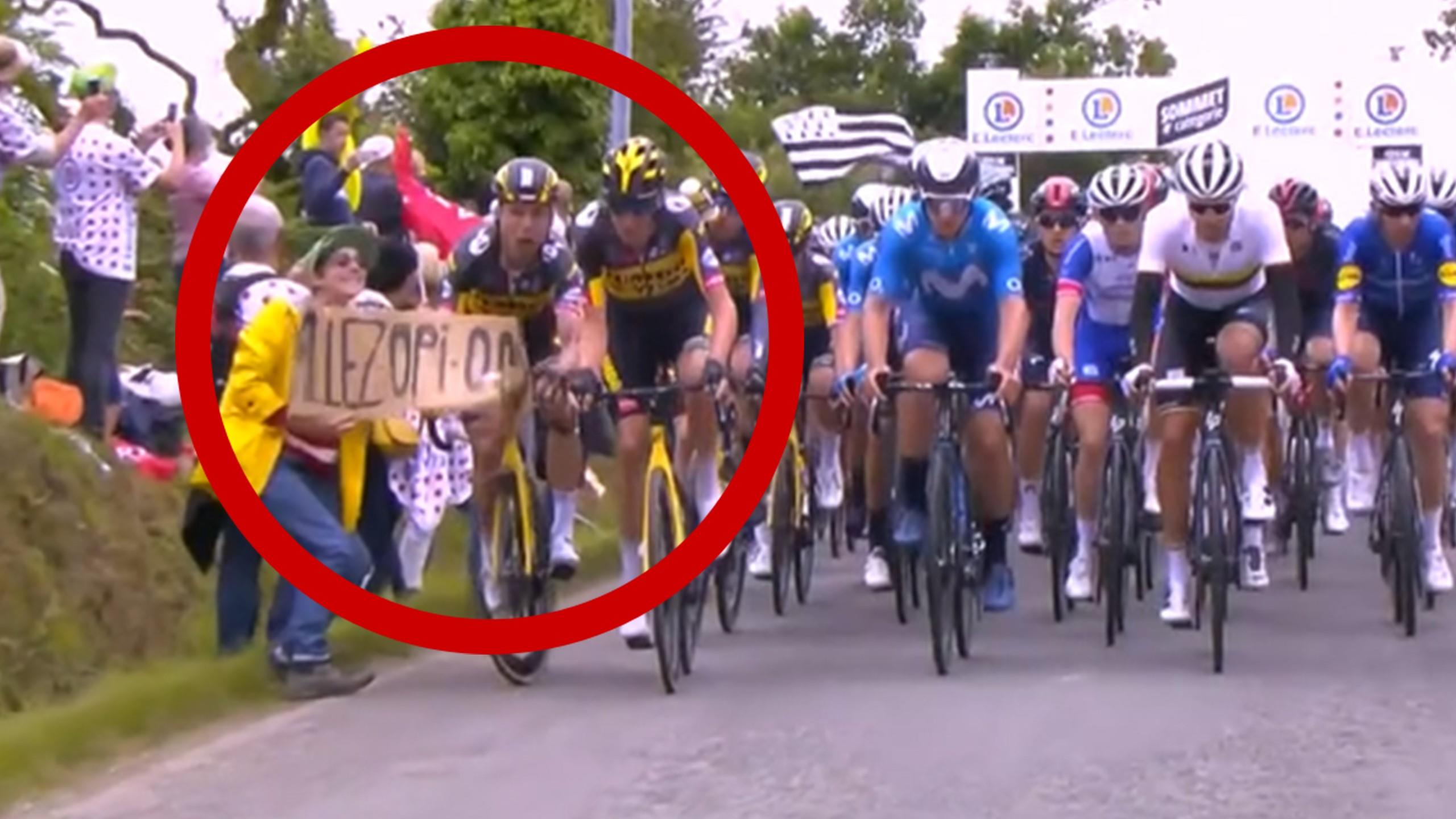 Yeah, look, we know that cycling’s good for the environment and all that, but we f**ken love it when road cyclists take a trip to Destination F**ked. When that s**t happens on camera during the world’s biggest cycling competition, we love it even harder, so with one of the Tour De France’s biggest ever pile-ups having just made news – and with it being caused by one spectator – we had to share the footage with you.

Rightio, let’s be clear here – we don’t actually have anything against cyclists.

We reckon that when they ride in the bike-lane (and not on the outside of it) and when they realise that they should just get out of the way of cars (not because cars own the road but because its common f**ken sense) they’re bloody grouse. 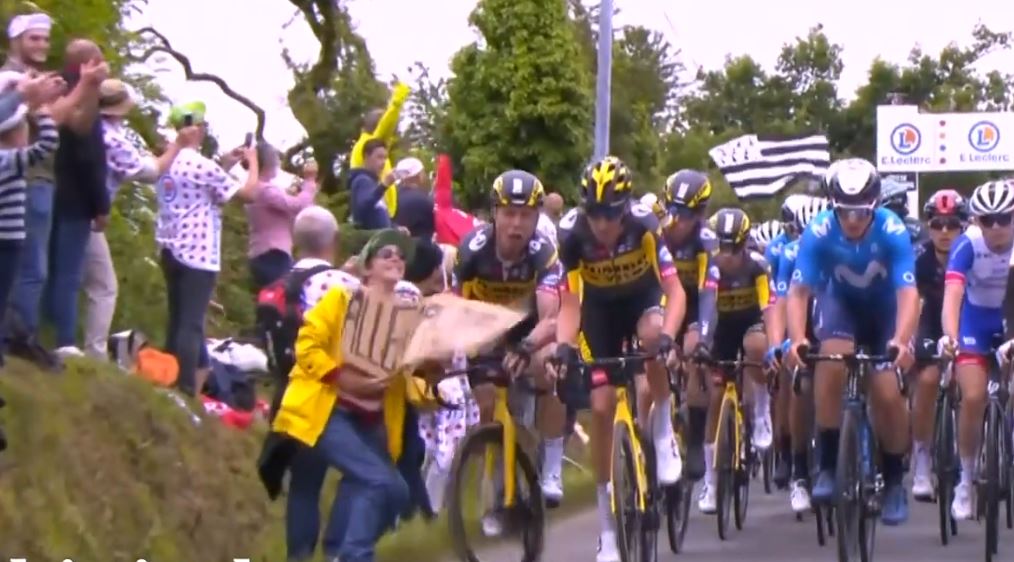 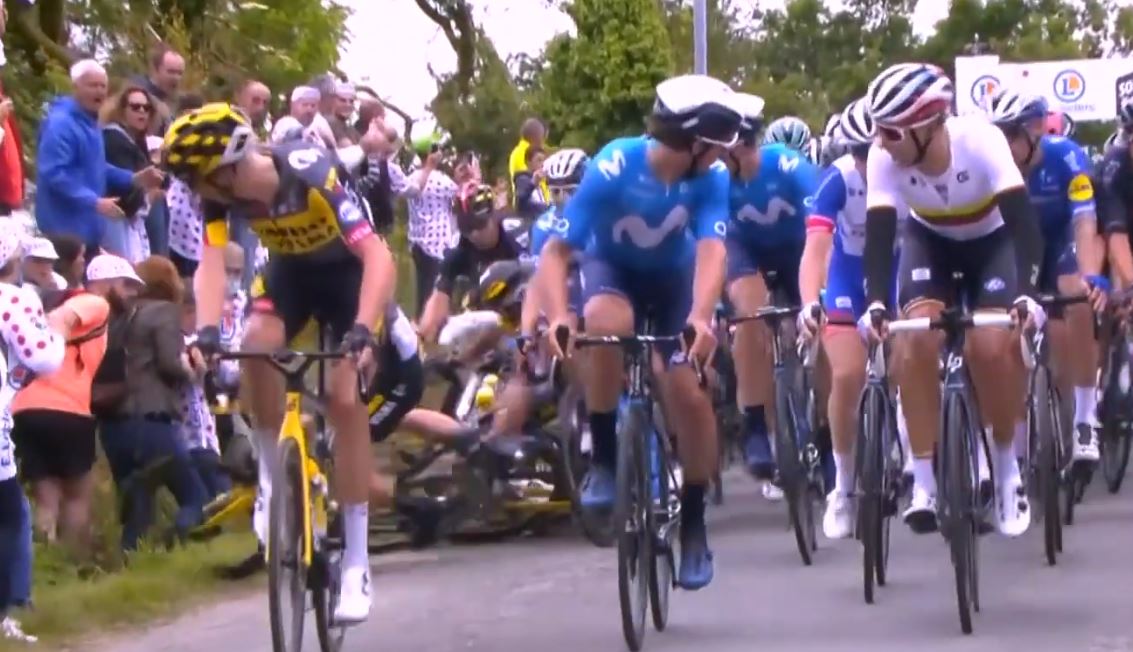 Yeah, nah, it’s just satisfying to watch. For real, if someone put footage of a group of hardcore cyclists right in the middle of one of those ‘most satisfying video ever’ videos, we wouldn’t bat an eyelid. We’d just watch it on a loop.

Give this video a squiz, and watch the moment that one cyclist, Germany’s Tony Martin rides into the spectator’s sign and goes for a bit of a wobble. A second or two later and he’s going down hard. Better yet, f**ken everyone behind him and to the side of him is caught in the chaos. 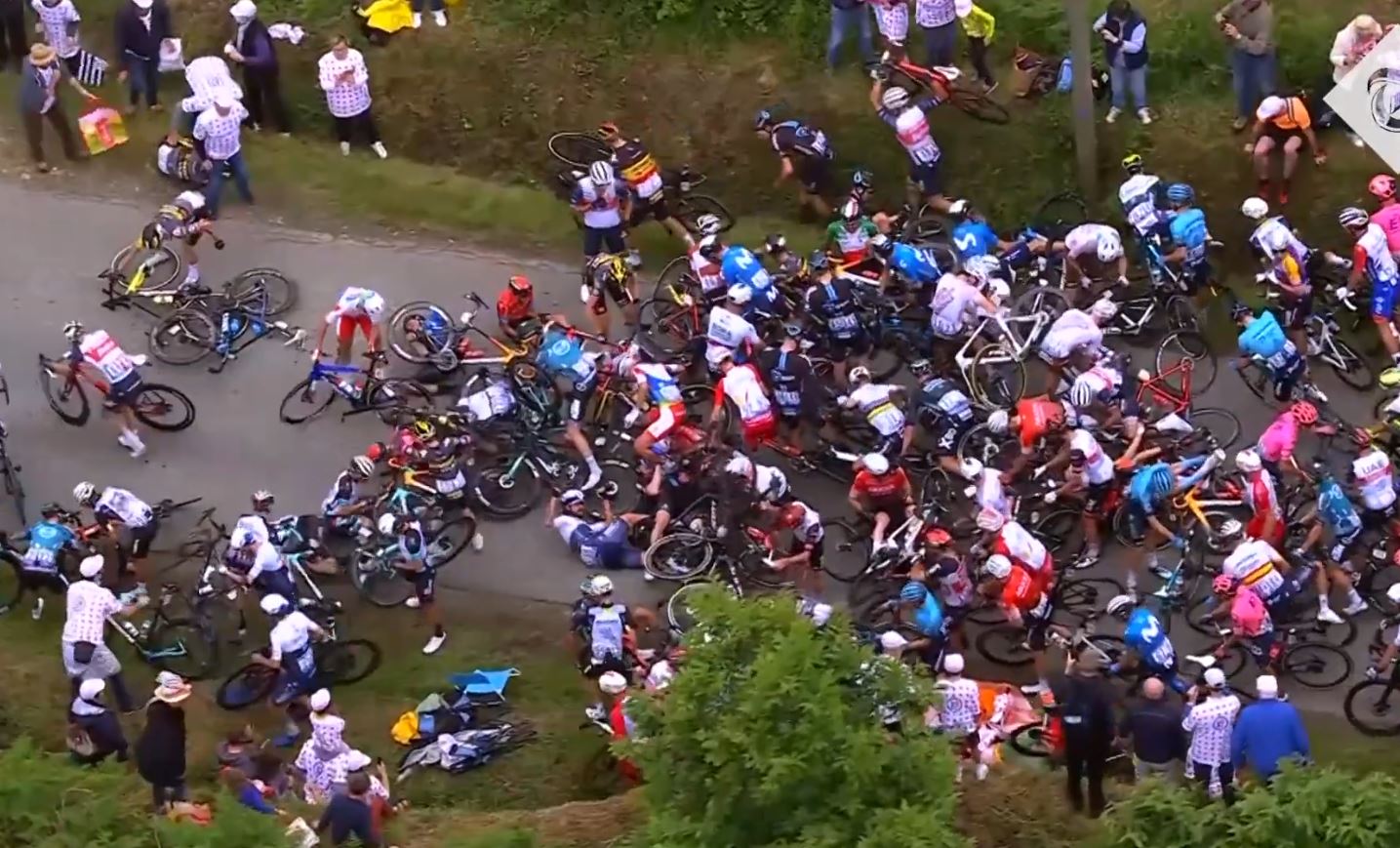 There’s that old saying about the butterfly flapping its wings, but that s**t’s got nothing on the chain reaction that starts when one cyclist takes a tumble. Yeah, nah, once that happens, they’re all going to Destination F**ked.