We’ve said it before and there’s f**k-all doubt we’ll say it again: Russian (and in this case, Ukrainian) internet videos are the best. Insane car-wrecks, huge brawls, vodka-induced craziness, they have it all. Check out this vid to see a man get close enough to the spectre of death to slap it in the face, kick it in the shins and flick its nose to no ill effect.

All right, first up, have a look at this hectic-as-f**k crash. Old mate’s cruising down the wet road when for no sensible reason at all, another driver just t-bones the shit out of him. He loses control and veers into another car – complete with a family inside – with the impetus of a bloody bowling ball. 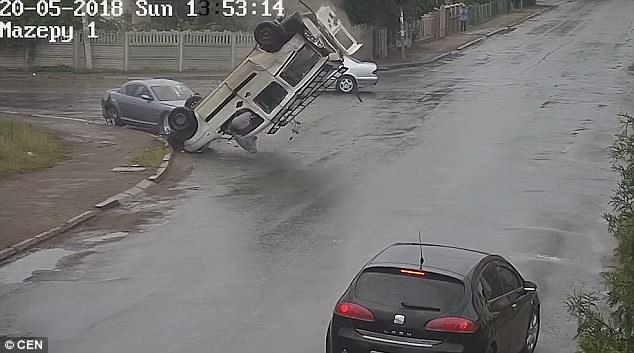 His car does its best impression of any vehicle in a Michael Bay movie and mickey-flips hard. It’s not quite as epic as the sort of somersault Eleven from Stranger Things can engender, but it’s pretty bloody hardcore all the same. The guy inside is up shit creek. There’s no doubt about that.

Or is there? Fark! There is a doubt. There’s a big bloody doubt. He’s not wearing his seatbelt and he’s just squeezed outta the window like a newborn foal is squeezed out of a… you get the idea. He lands all balled up and, most probably, sh*ts himself as the car wobbles and rotates like a broken spinning top, falling just short of squashing any part of old mate’s anatomy. 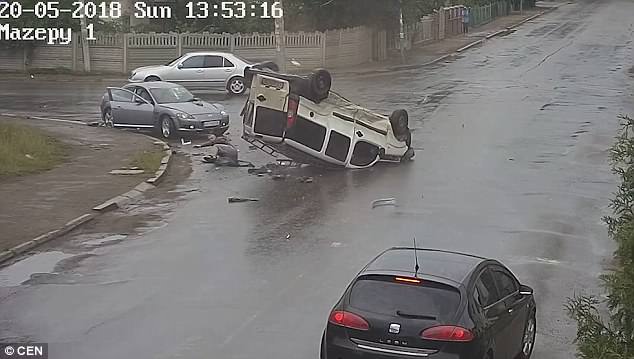 Don’t f**ken land on me, please! Not after that lucky escape! Credit: CEN

Seriously, how the f**k did that happen. The ensuing wreckage is caught on CCTV. You can see the young family get their bloody kid outta the car while the family in the first car scramble out of theirs. Mr Howthefuckdidthatjusthappenikov takes a dumbfounded look at his upside down car and thanks his lucky stars that he wasn’t wearing his seatbelt.

In all, seven blokes and blokettes went to hospital after this one. None of them needed to stay the night. 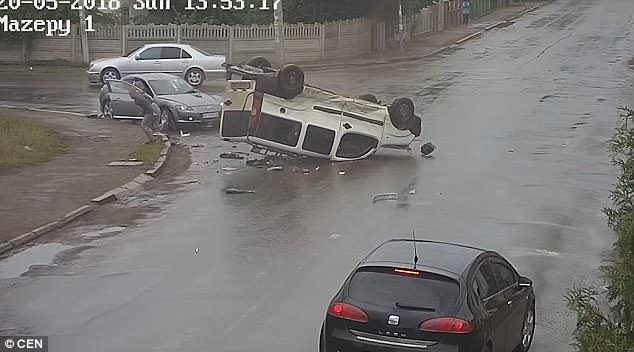 Final thought: We can make jokes about crazy Russian internet videos all we want, but this sh*t could happen anywhere. Be safe on the roads, ya wankers.