Bieber calls out Tom Cruise again, this time for the Bottle-Cap Challenge

In lieu of recent events with Justin Bieber developing some sort of weird beef with Tom Cruise, we’ve come to the conclusion that he’s just one of those young blokes who talks copious amounts of shite. To be honest, we’re as confused as everyone else as to what Bieber’s problem is, but we’re gonna put forward the theory that he’s only now catching up on South Park and he’s just hit the Trapped in the Closet episode. The ensuing publicity from that didn’t do Matt and Trey any harm, so we’re wondering if Bieber’s trying to generate some of his own with a ‘sue you!’ moment… 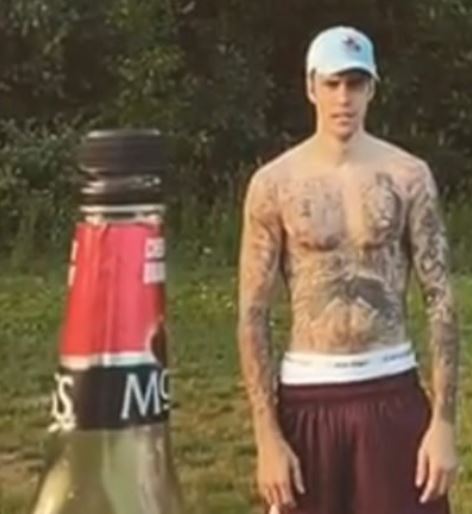 Anyway, we know you blokes and blokettes are pretty bloody familiar with the bottle-cap challenge here at Ozzy Man Reviews, so we’re not going to harp on about the intricacies of it. Instead, let’s just have a bloody squiz and see what all the fuss is about.

All right, so the Bieber posted his bottle-cap challenge to his Instagram account a day or so ago with the caption, I challenge Tom Cruise and Hailey Bieber. When the video opens, the big rig’s standing there looking like one of those colour-in dinner mats the kids get at a restaurant and he lays down the gauntlet pretty bloody early. ‘This could be Tom Cruise’s head,’ he says. 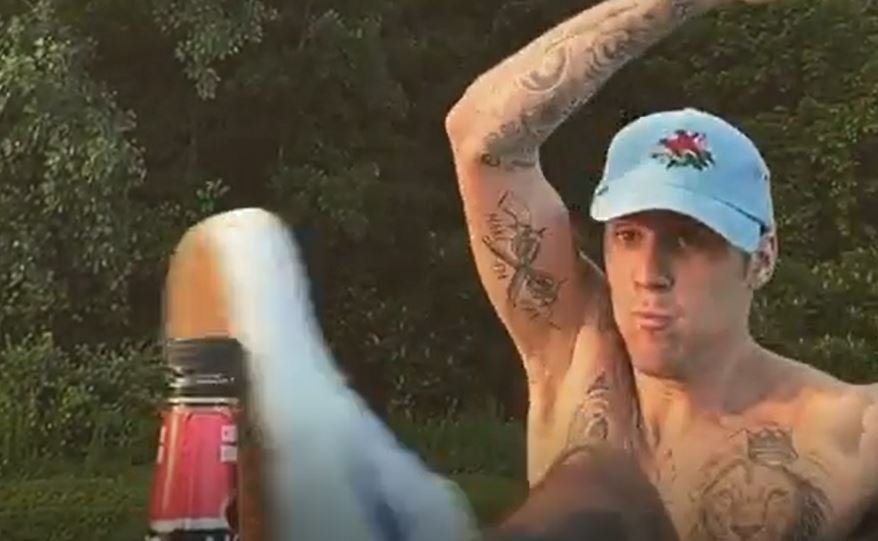 First of all, bloody settle down, Tyson. A spinny-twirly kick like that’s gonna go right over the dude’s head. He might feel a rush of wind, but if you’re not careful you’ll leave yourself open to the deadly middle-tooth counter-attack. He’ll plant that right in your bloody shinbone.

As for the form on the kick, it looks all right to us, but you know, bottles don’t fight back. Well, not unless you’re that dude from Panic at the Disco. Remember that? Friggen DONK! Good times. Good times.

Anyway, have a squiz. Beebs is clearly enjoying his one-sided tiff with the Captain Crazy, but surely he’s gotta move on soon. The scientology-worshipping weirdo hasn’t bitten yet. 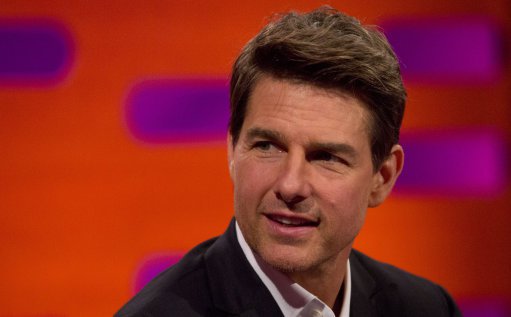 Final thought: Let us know what you reckon about the video and just what the Beeb’s problem is. As for us, we’re really struggling here. We really can’t come up with any logical reason – and it seems a bit weird to just pick a random celebrity and start hanging crap on them. It’d be like Ozzy just starting a beef with Rove McManus. Baffling.