Anyone who was raised right knows that spitting on another bloke means it’s time throw fists. Deadset, there’s probably no faster way to guarantee a friggen fracas than hocking a loogie on someone. Obviously, there’s also a pretty fair line of logic out there that says the dude doing the spitting needs to be the one getting sent on a painful trip to Destination F**ked, so when the bloke in today’s video does the dirty and spits on another fella, there’s only one course of action possible…

For this feisty little video, we’re taking a quick trip on the New York Subway. The video opens with two dudes involved in some sort of exchange as the train doors slide open. It’s not clear what’s going on, but as the doors slide closed, the little fella makes like a camel and bloody spits. 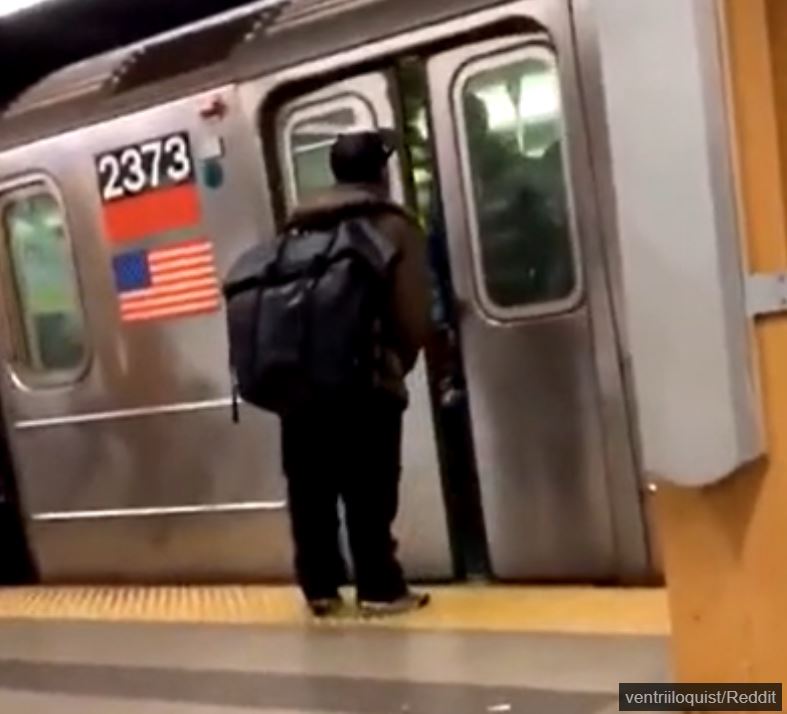 Yeah, nah, that’s not on at all. That’s an invitation to a beating. Then, counting on old mate not being able to retaliate because of the doors, he has another crack. This time he gets right up close and sends the other bloke into Hulk mode.

Unfortunately for Captain Camel, his infuriated victim busts open the doors and comes after him with a friggen vengeance. People in the background are hooting and hollering and the big fella starts swinging at him like a bloody pinata. Naturally, the spitter hits the deck. 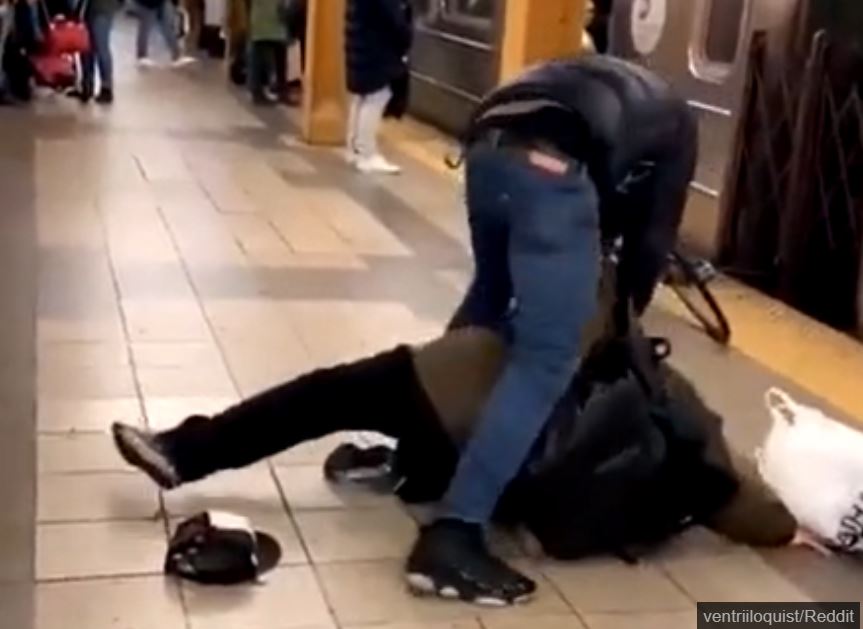 By this stage, others in the station are calling out for the big dude to stop, but others who’ve seen the whole thing are like, ‘Yeah, nah, the prick spat in his face. He bloody deserves it!’

And let’s be honest, it turns out to be quite a savage beating. Once he’s down, old mate keeps smashing him. To be fair, even when someone deserves it, we’re not really cool with the whole punch him while he’s down thing. It’s pretty hectic.

Fair dinkum, it’s one thing to give a deserving wanker a hiding, but beating them senseless – and probably sending them to hospital – is a bit much. 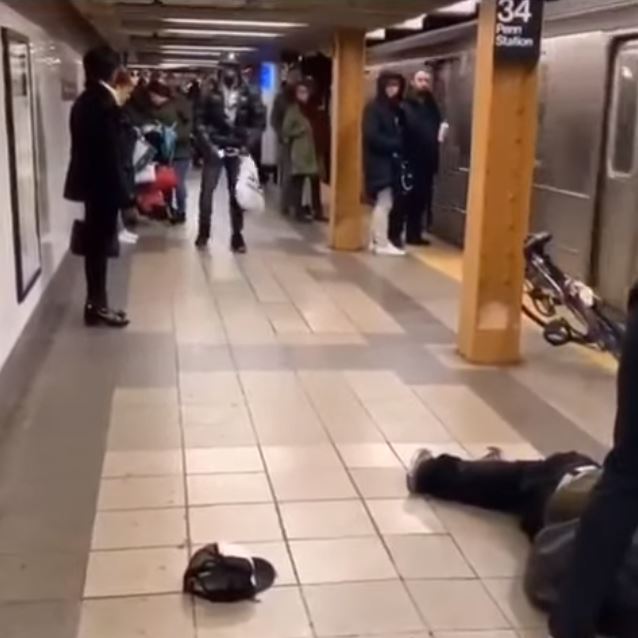 Final thought: It’s hard to know where to draw the line with stuff like this, but when you consider how much bloody damage a punch to a prone head can do, we’d hate to think you blokes and blokettes are out there doing this stuff. We get that a hiding is sometimes necessary, but bloody hell. He definitely would have learned his lesson with the first knock-out punch, don’t ya reckon?