The idea of being watched while you sleep is pretty much a staple of horror movies and phobias. After all, it’s pretty f**ken creepy to consider that while you’re sleeping, and no doubt snoring and farting your arse off, there might be a strange dude watching you. When you start tallying the numbers of viewers up, it doesn’t get any less creepy, either. Nope, that s**t only gets scarier. Thankfully, though, Tim Burbank, a Twitch streamer saw the funny side…

We’ll get the ball rolling here and say that Tim seems like a pretty bloody good bloke. First of all, he doesn’t only stream video games. Nah, not at all. As he told Bored Panda, “I like to have a chill streaming from my couch stream once in a while where people can just come by and hang out and just have a conversation.” 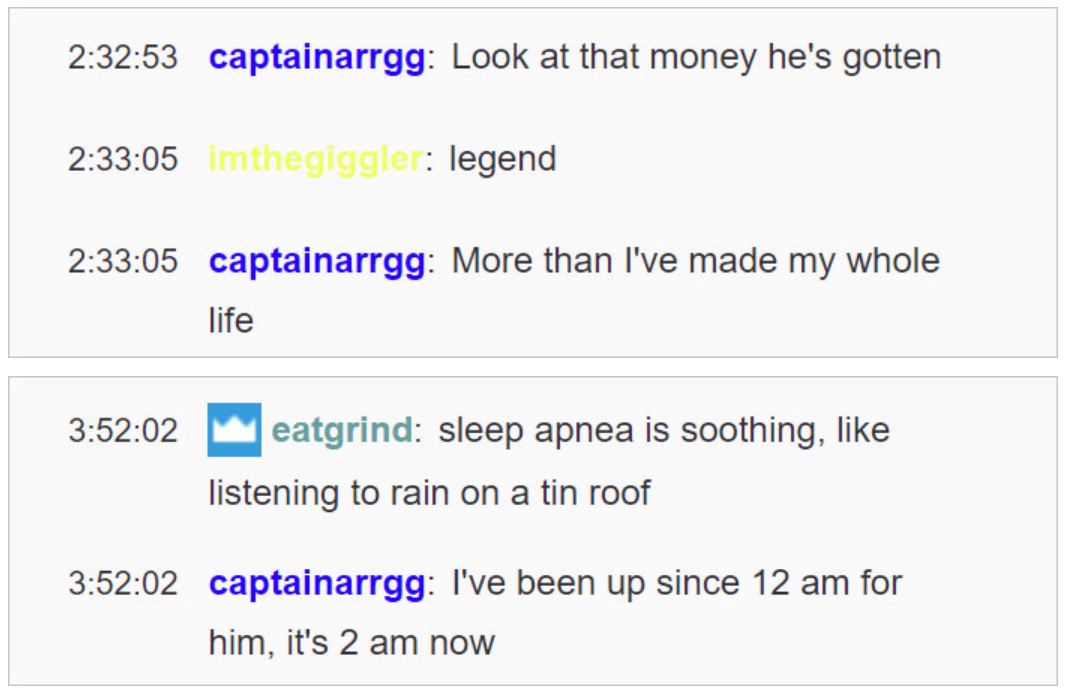 That’s exactly what was happening when the sleepy bugger found himself drifting off to the land of forty-winks. With the internet being what it is, people didn’t see that as their cue to bugger off and let Tim catch up on some much-needed Zs. Instead, they decided this was scintillating viewing.

In defense of their somewhat voyeuristic predilection, though, this watchers did donate money to Tim.

We’re not really sure if that makes it more or less creepy, but as the man himself put it, “It wasn’t too much but to me, it was a lot.”

Finally, when Tim woke up – as captured by his Twitch stream and presented down below – he took the whole thing pretty well.
What we really love about this video is that once the big fella comes to his senses, you can see the whole thing dawning on him. 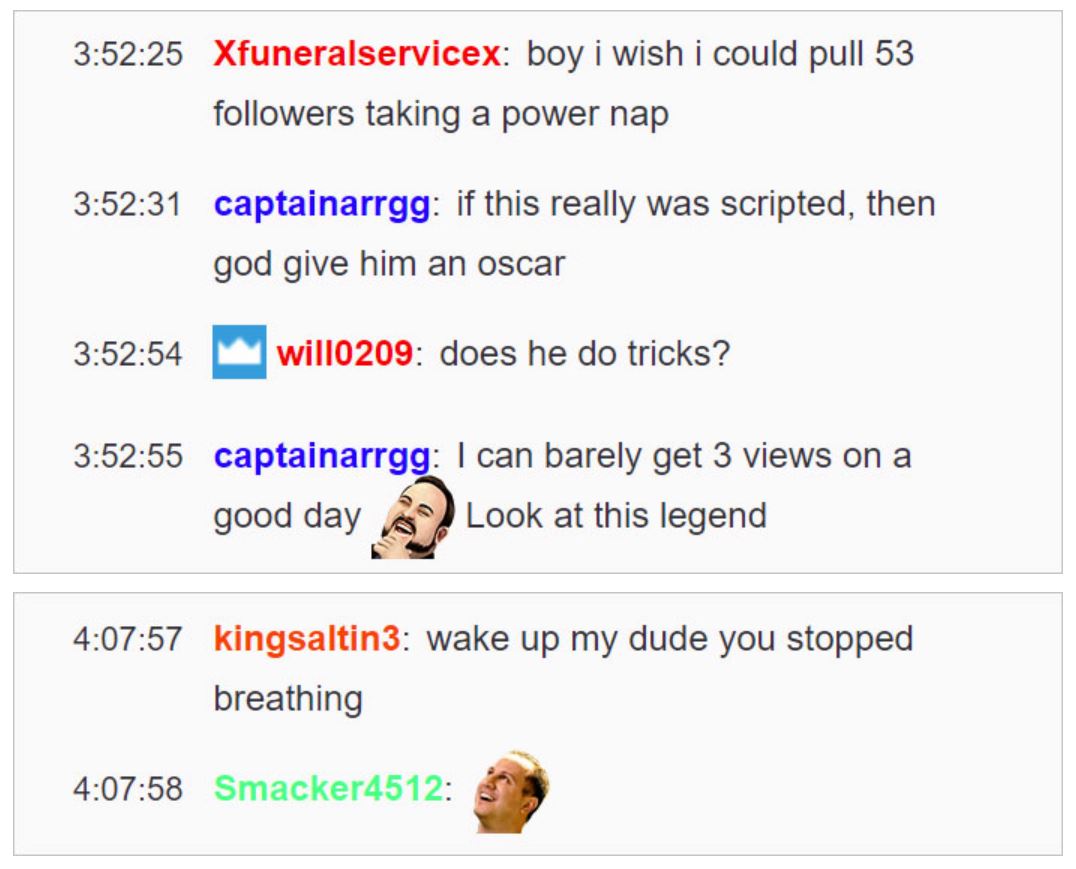 At first, he looks confused. That confusion pretty quickly turns to genuine mirth, as you can tell from Tim’s belly laugh. Obviously, the video has since gone viral. Check it out yourself, down below. 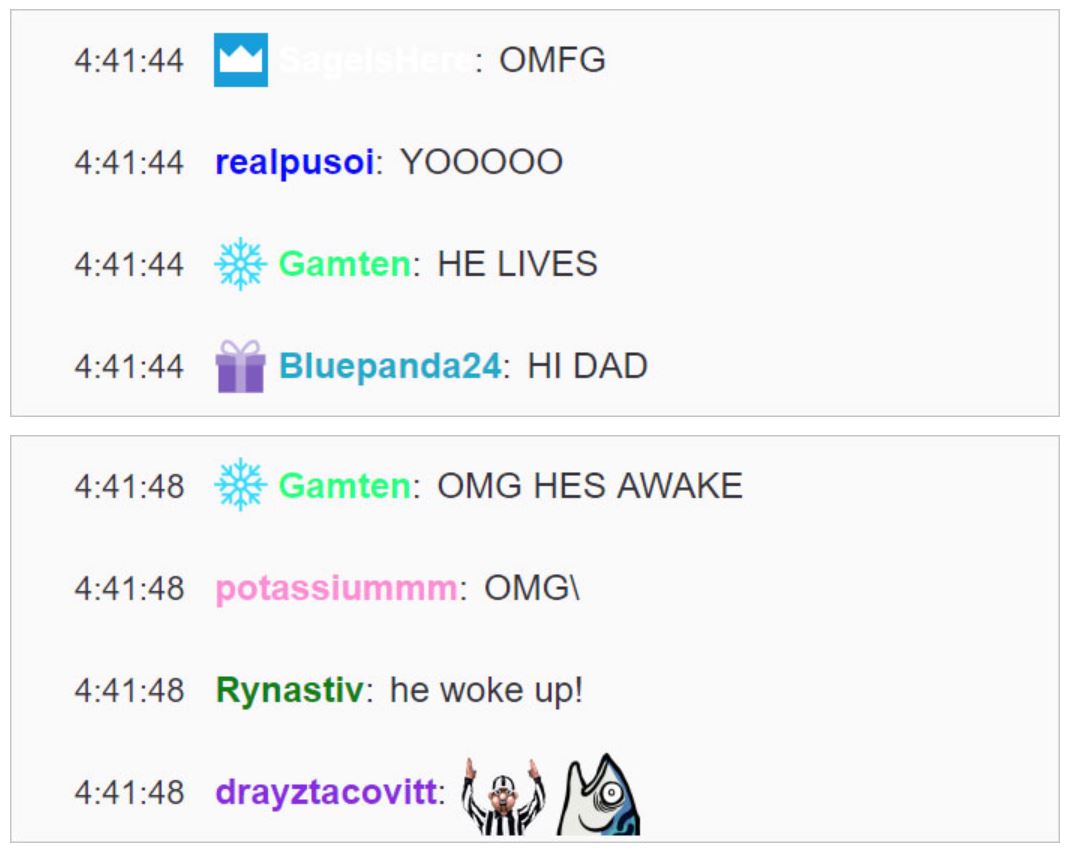 Final thought: Whether you think watching someone sleep is creepy or not, you can’t deny the good nature Tim treats the whole thing with.

What a bloody legend. Good on ya, Tim. You’re a top bloke.