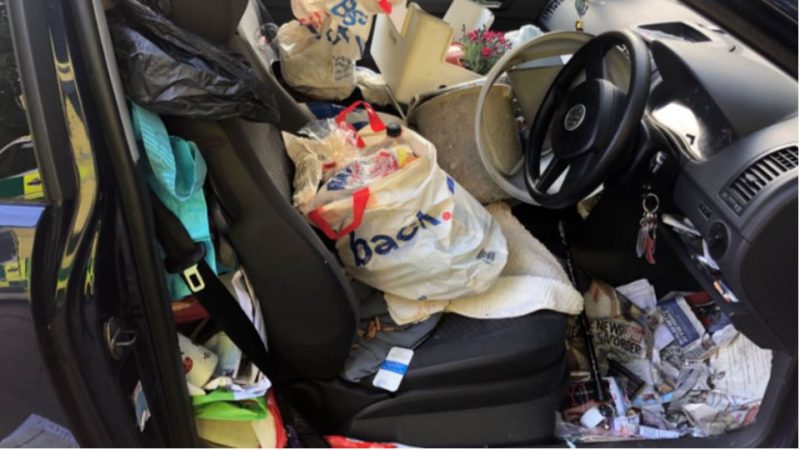 There’s not one of us who doesn’t have a mate with a car that looks like a bloody tip. Honestly, that bloke might even be you. Still, even if you are a bit of a grub when it comes to keeping your car spick n span, you probably don’t let it get so bad it causes an accident… 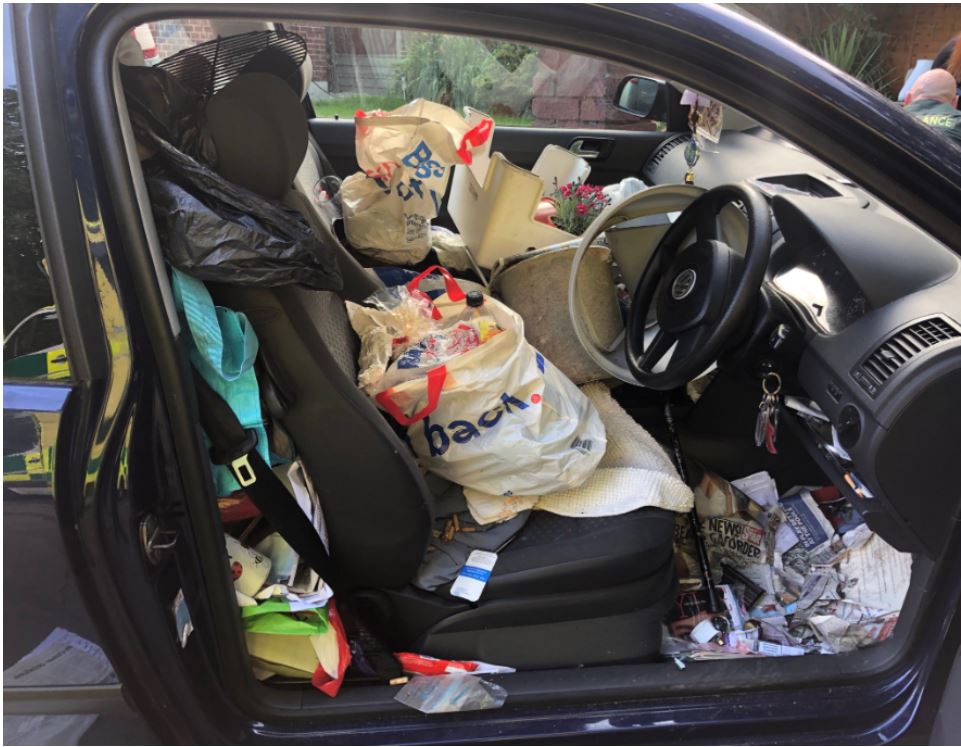 Before you say something silly like, “Well, no one’s that bad. That’d just be bloody silly,” we reckon you should have a look at the car in this story. Honestly, it’s so full of crap, the bloke who owns it has to be a hoarder. And we’re not being harsh; we say that because we wouldn’t be surprised if there was a crack-fox living in there.

Anyway, the owner has taken his car for a spin through Hampshire and when it’s come time to park, he hasn’t been able to pull the handbrake in time because of the mountain of crap in his way. As a result, the cops who came to investigate the cause of the accident even posted an image of it online. 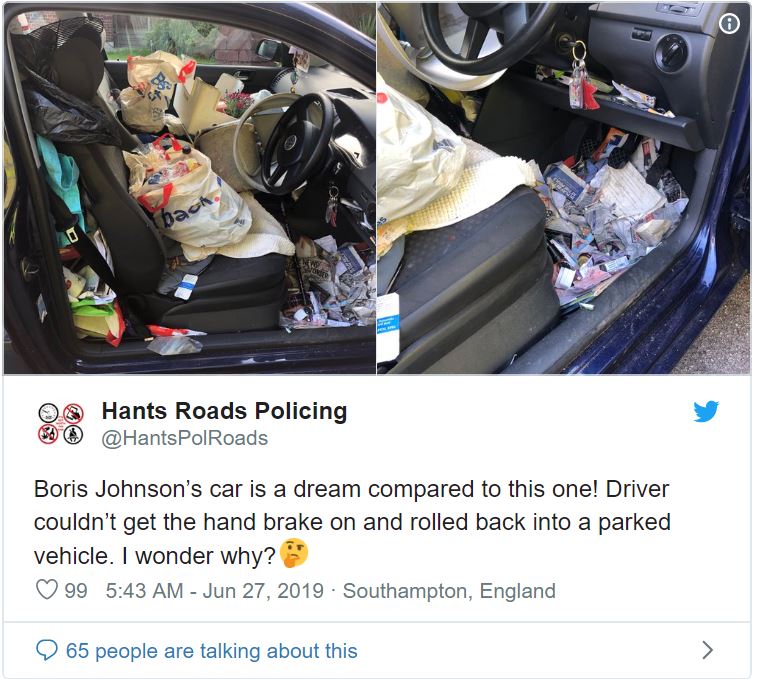 Deadset, have a bloody squiz at the rubbish on the driver’s side. While most of us have seen a bloody messy car – and perhaps even driven one – we reckon not too many of us have seen one with a layer of rubbish underneath the pedals before.

Apparently, the cops found all manner of junk inside: bags for life, newspapers, empty food wrappers, plant life, electronic items, a bucket and an upside down stool. The cops posted images of the rubbish-filled car with a caption that read: “…Driver couldn’t get the hand brake on and rolled back into a parked vehicle. I wonder why?” 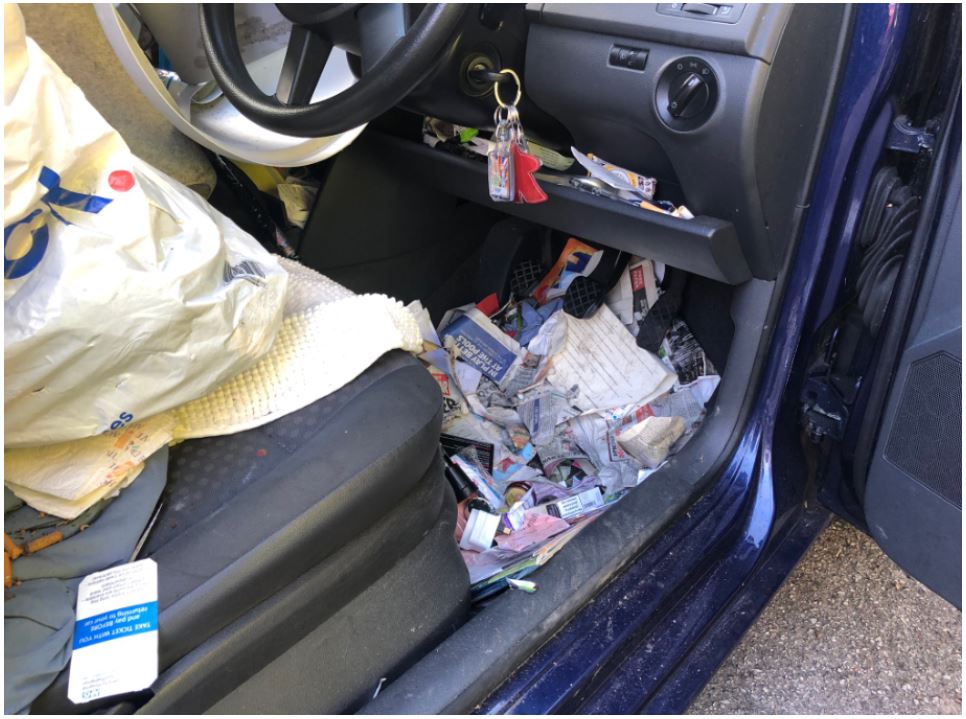 Final thought: Look, we love to give people the benefit of the doubt here, so we’re going to say it’s possible the car was just stopping off on its way to the tip, but if your car looks like this it might be time to give it the old once-over. After all, you need to be able to reach your handbrake. That’s just common sense!