Here in Ozzyland, there are few things we love more than a good fish, a good beer and an opportunity to take in a bloody good view. So when Sam Foreman took to the skies – courtesy of a specially designed drone – for a spot of fishing, people were pretty bloody excited. Of course, the other thing we love here – for some friggen reason – is a bit of bureaucracy. Naturally, the two have met and the bureaucrats are trying to ruin everyone’s fun. 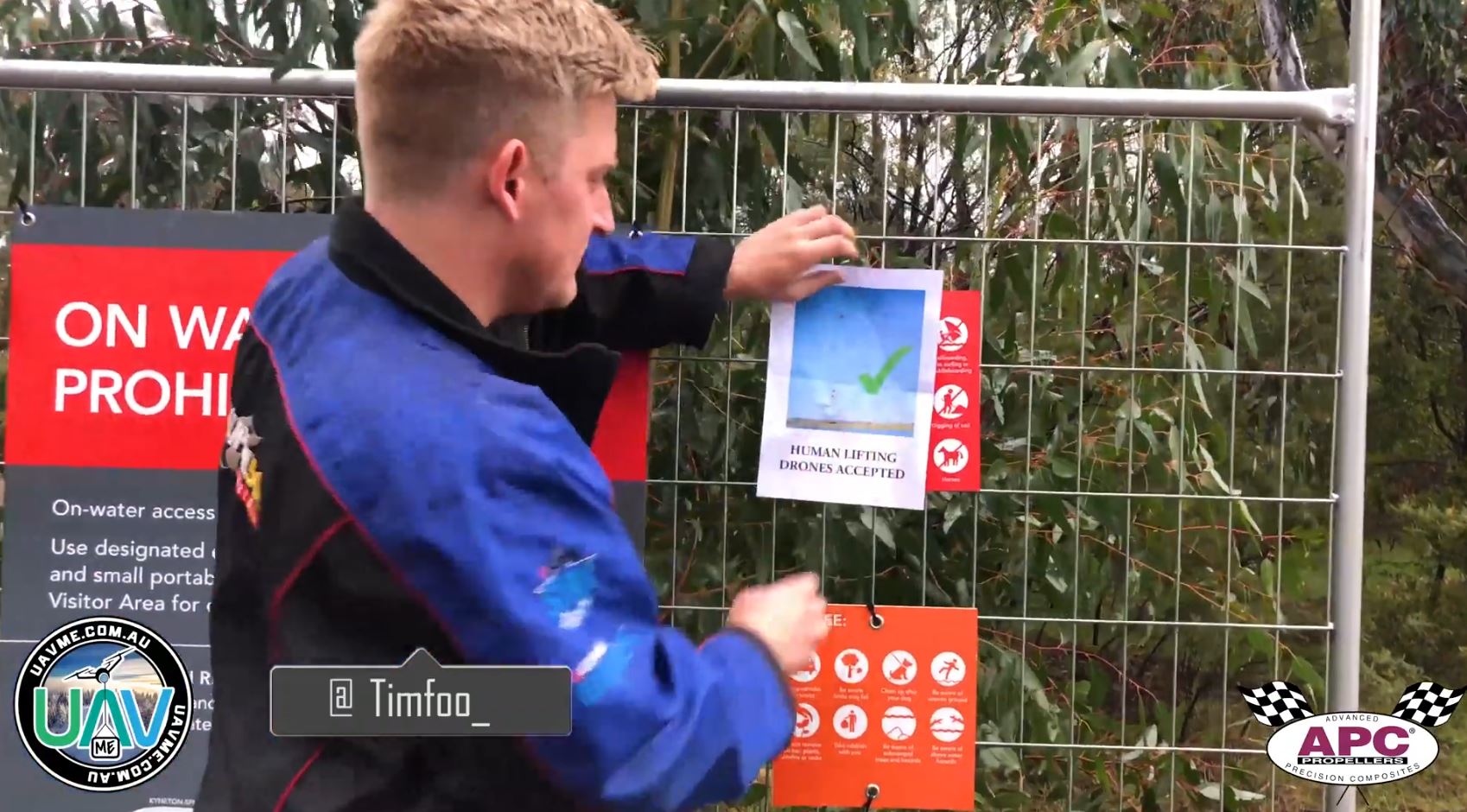 Rightio, for a bit of context here, we’ll take you back to a little bit earlier this month when a bonza little video surfaced online. Put together by UAVme.com.au and APC Propellers, it’s a nice little bit of content that details the creation of a human-lifting fishing drone before showing Sam, the big bloody legend, catching a fish from the comfort of his flying chair. 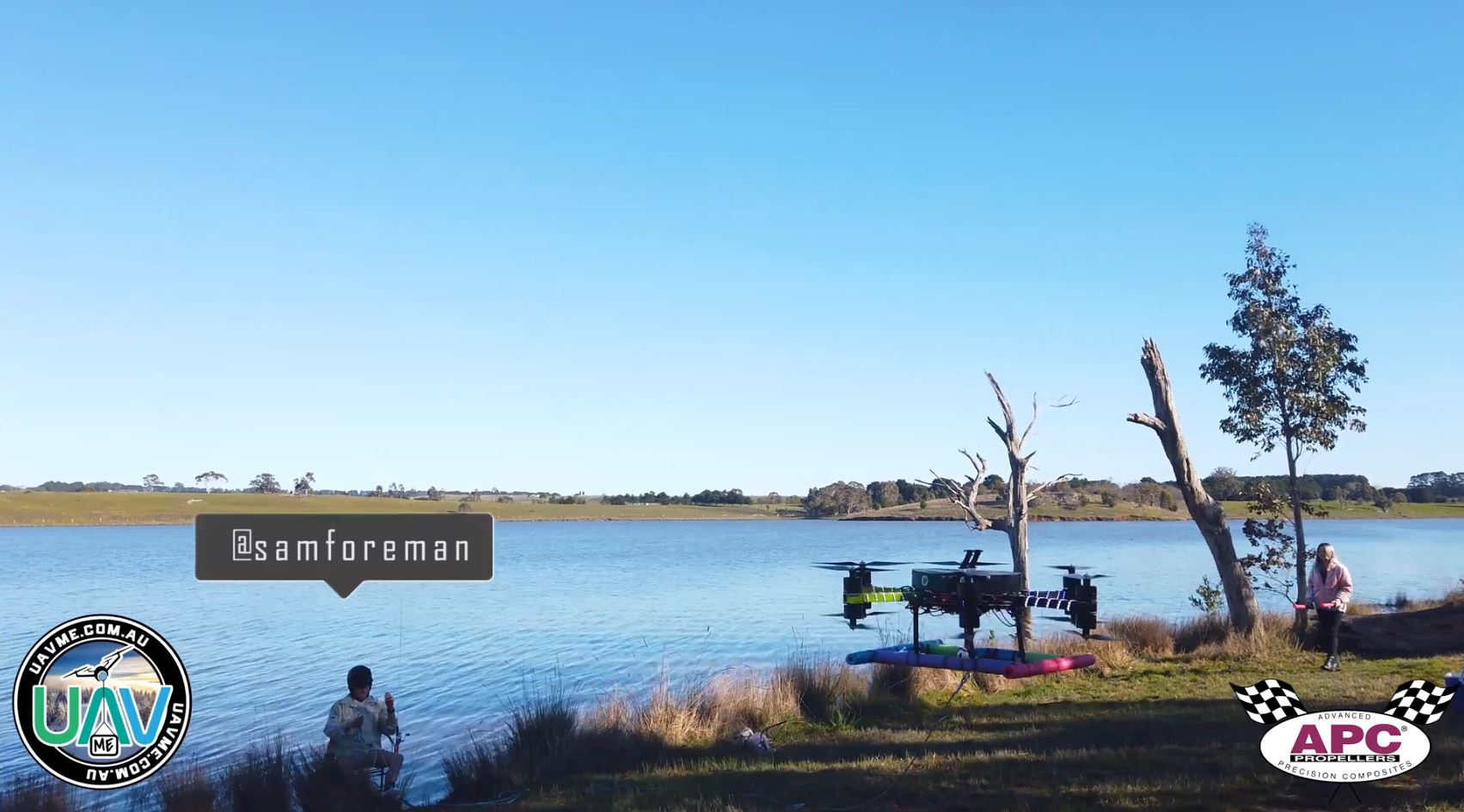 Have a squiz at him. He’s happier than a pig in s**t. He’s got his VB and his fishing rod, it’s a beautiful day and, apparently, the fish are biting. Serious, he catches a fish that looks like a proper beauty. 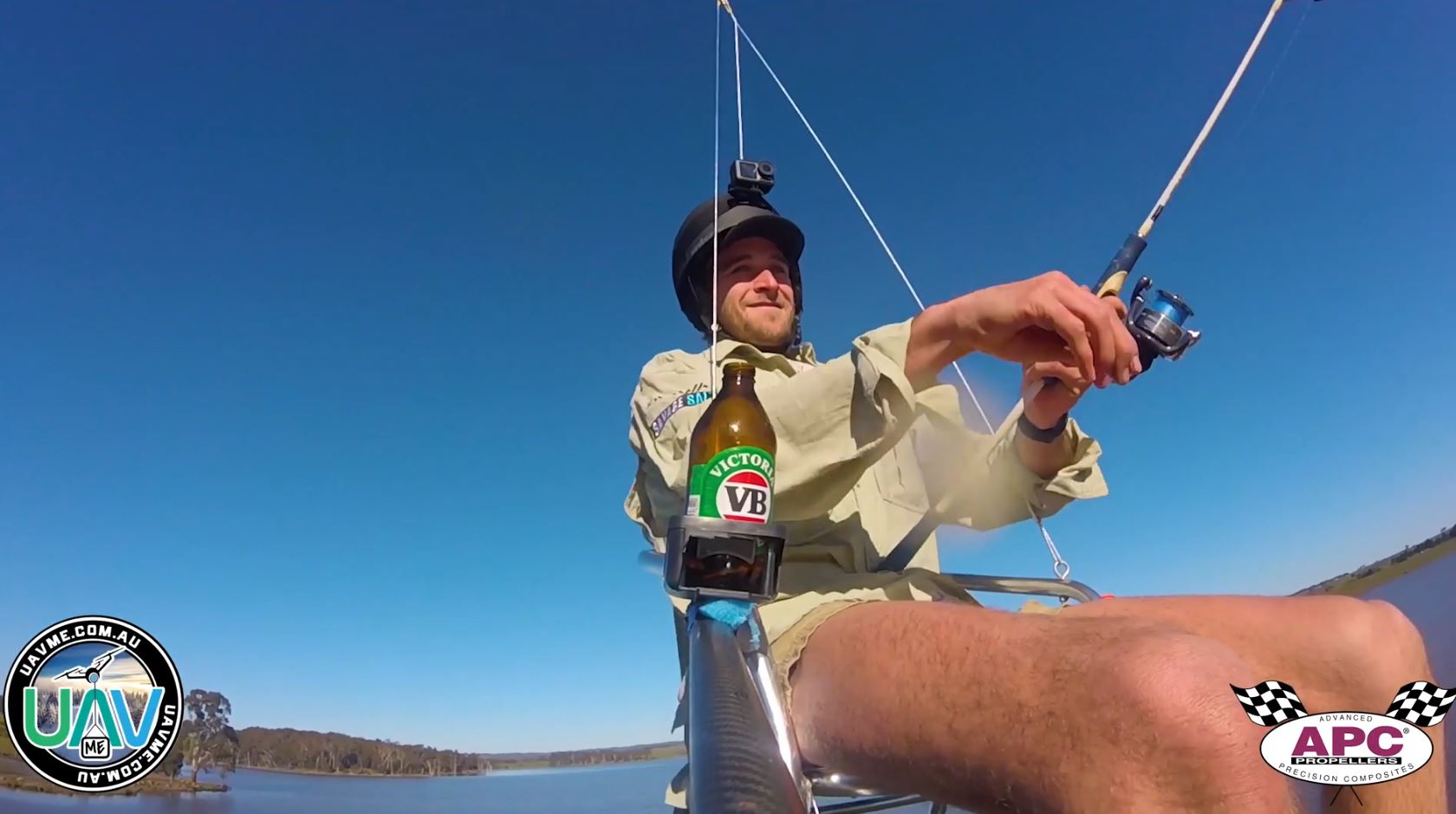 Anyway, since the video was released, the Civil Aviation Safety Authority have gone, ‘yeah, nah,’ and started an investigation into the incident. They reckon it’ll take ‘em a little while, but it looks like they’re out to make an example of Sam and his mates. Here’s what their barrel of laughs spokesperson, Peter Gibson, rambled on with: 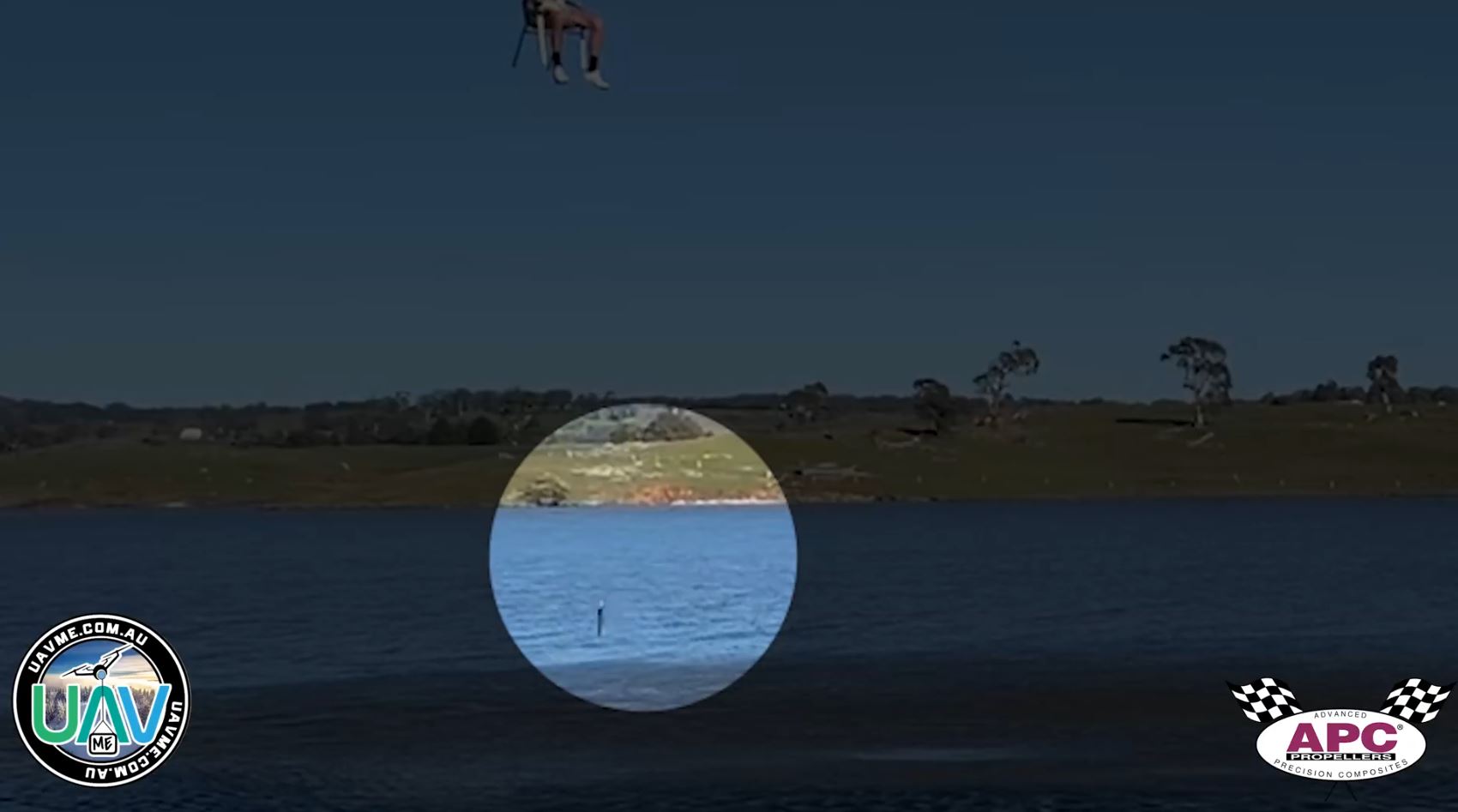 “It’s really not a sensible thing to do in any way, shape, or form; there’s lots of things that could have gone wrong, someone could have been seriously injured. For the person on the chair, the risk could be computer errors where the aircraft flies away, [or there] could be motor failures where the aircraft ends up in an uncontrollable state. Best-case scenario is the battery sets die and it plonks straight into the water.” 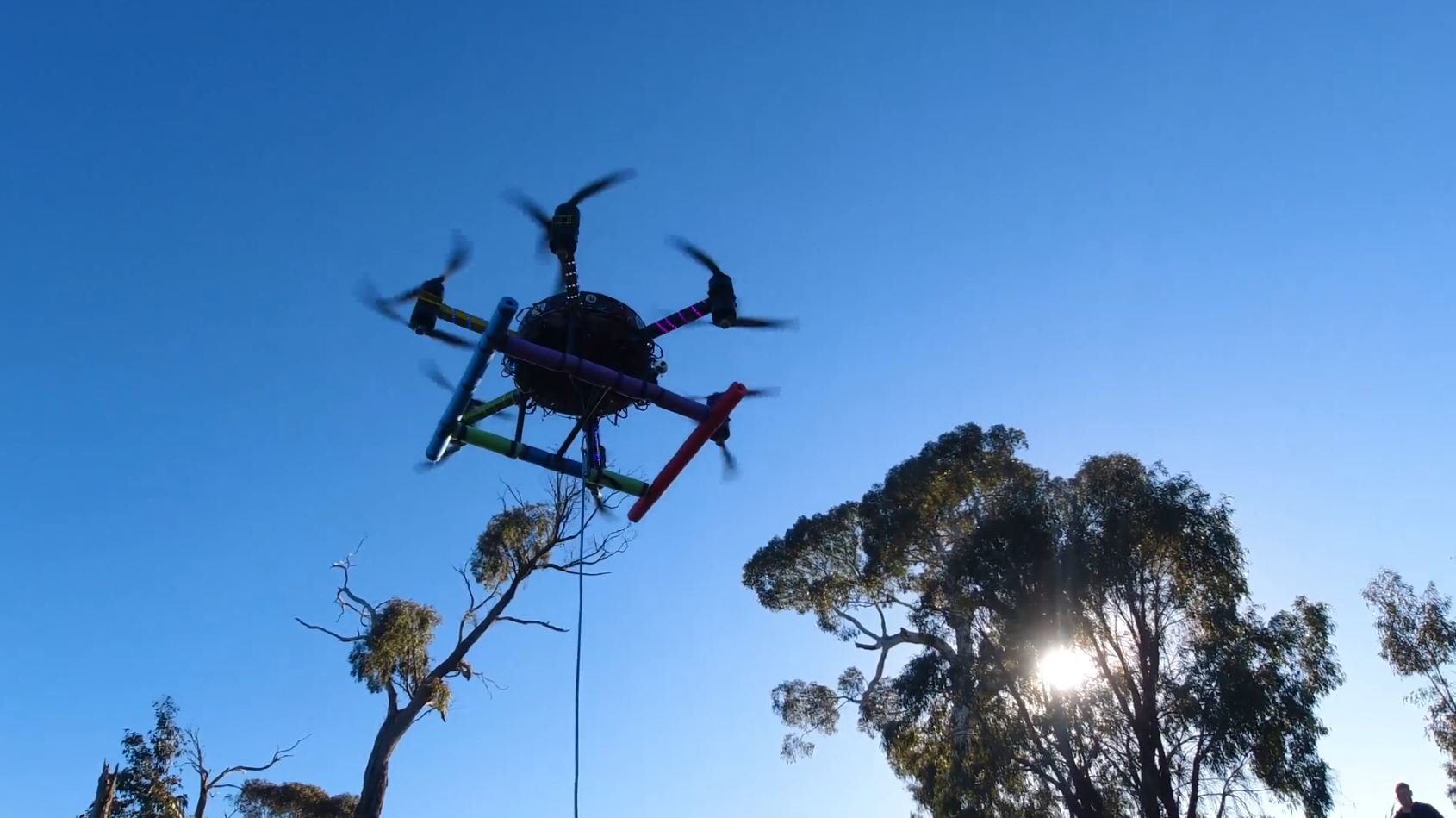 That’s hardly the best-case scenario for anyone, but anyway, the boys in the video could be up for fines of $10,000 Ozzy dollarydoos if Gibbo has his way. Can we get a ‘BOOOOOOOOOOO’ and a ‘HISSSSSSSS’ for Gibbo?

Final thought: Now, we get it. Gibbo’s right. Old mate could have been hurt. But, you know what. He’s hardly Icarus. He hasn’t flown too close to the sun. He landed safely, it was a good bit of marketing and, as the vid points out, these things aren’t commercially available. Let’s reward ingenuity rather than stifling it. S**t, if the boys get this right, they could put Ozzyland on the map. Then what would those flat-earthers think?