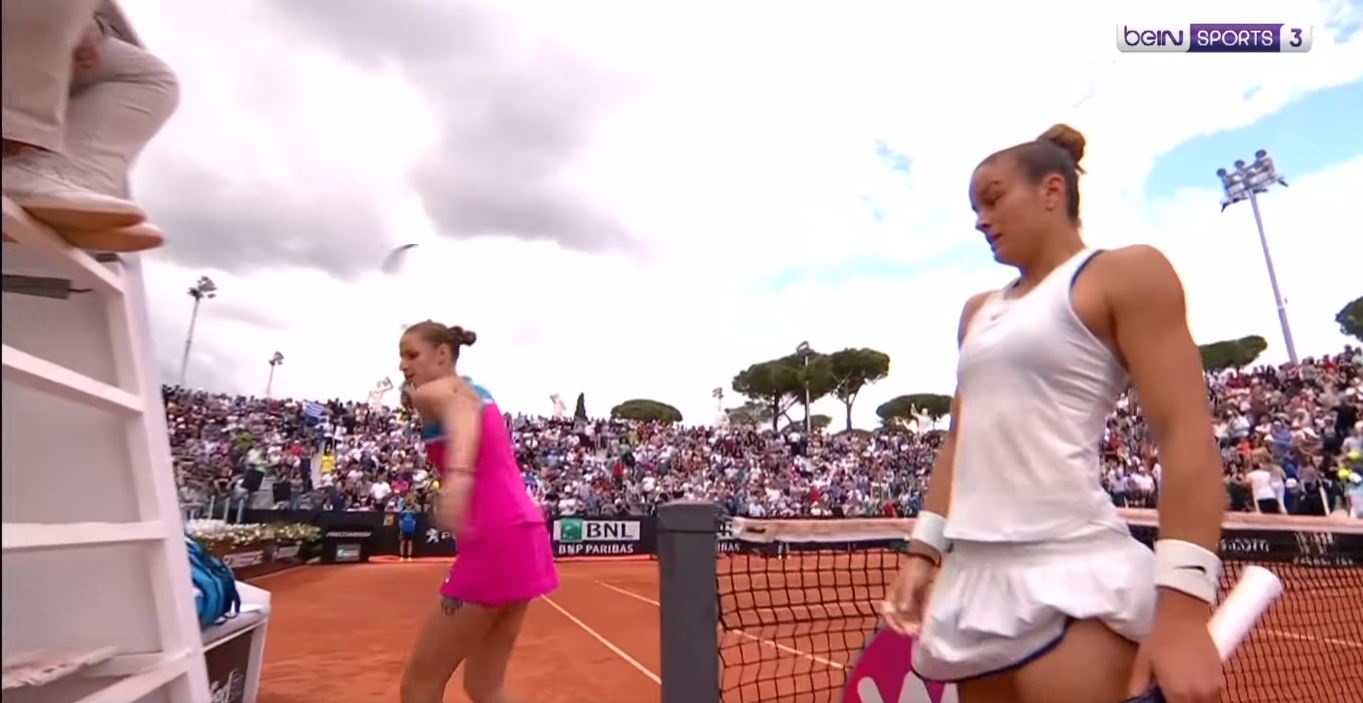 There aren’t too many moments in sport as piss-funny as a tennis tantrum. From the heyday of John McEnroe to the threats of Serena Williams, tennis might be synonymous with strawberries, cream and beautiful sunny days, but its stars sure know how to crack a f**ken wobbly. Czech sheila, Karolina Pliskova is the latest in a long-line of hotheads to crack the sh*ts and let the umpire know exactly what she thinks! 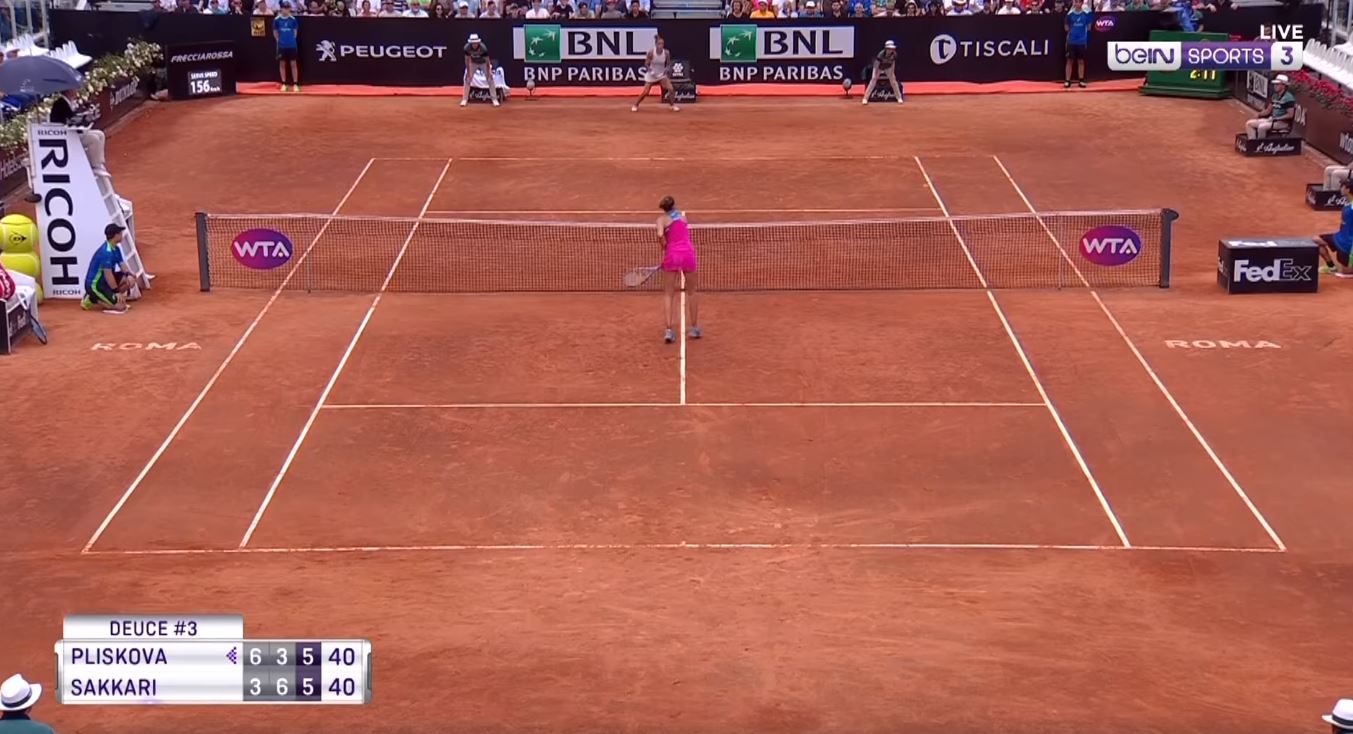 In her recent second-round upset to Maria Sakkari, the former world number one (and current world number five) fair dinkum lost her sh*t. It was a joy to behold for the neutral and even though it’s cost Pliskova a hefty fine, it really was pretty f**ken funny.

Right after she nailed a forehand smash at an integral point of the match, she was probably thinking what a cracking shot it was when the dopey bugger watching the line called it out. 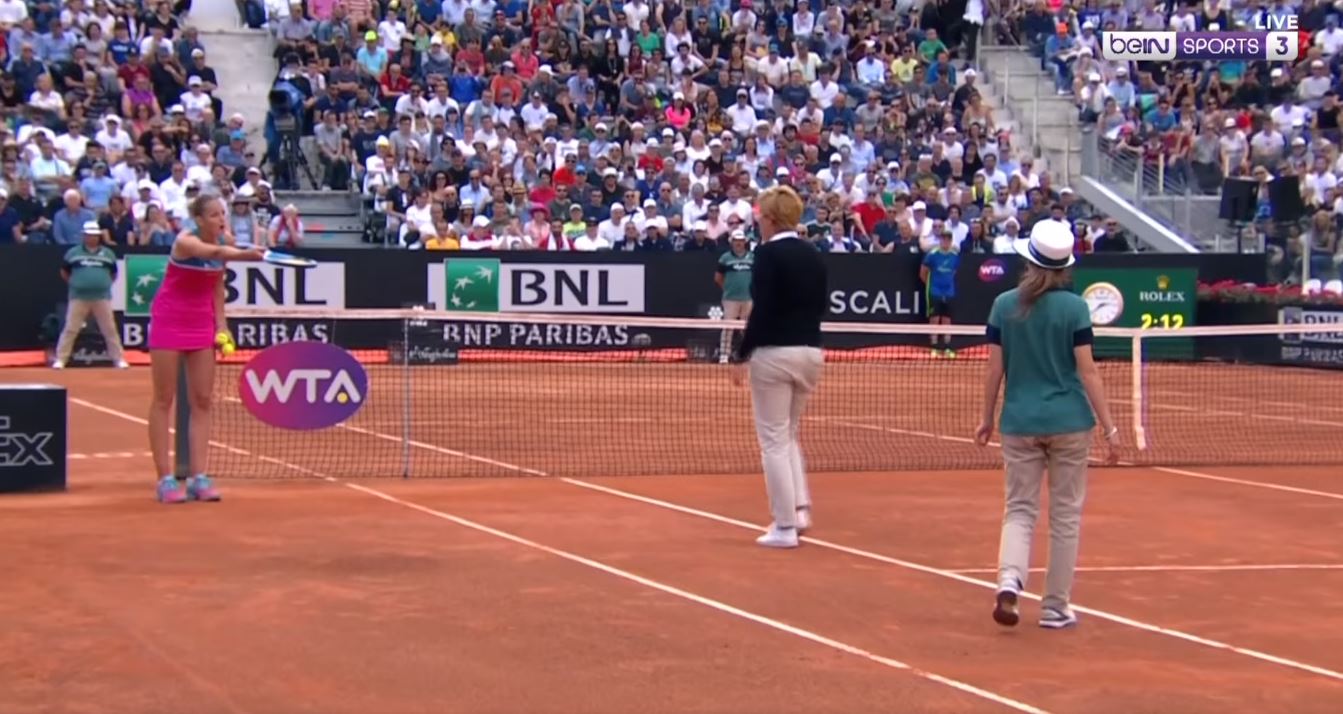 Pliskova went f**ken mental. She went apesh*t. She got her knickers in a twist and challenged the umpire to overrule the decision. 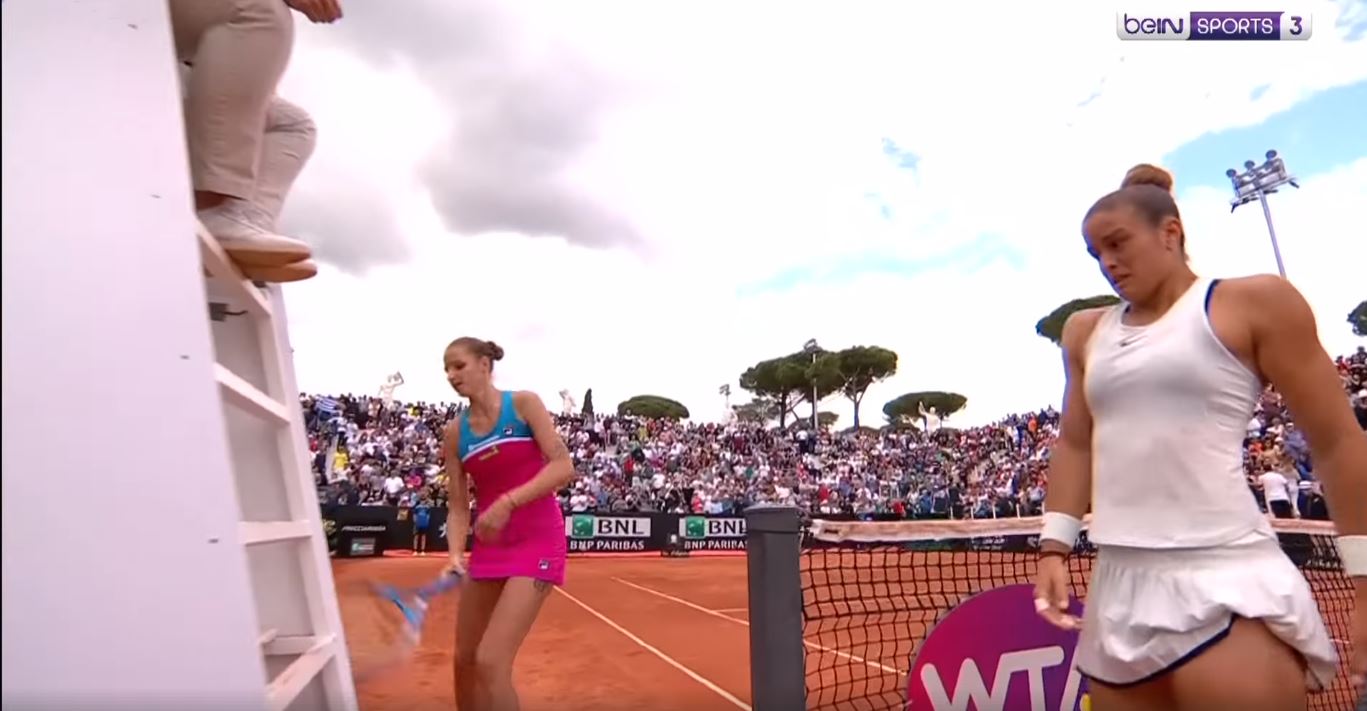 I’m not exactly sure what Pliskova’s response was, but in Ozzy it loosely translates as, “What the f**k?” She even challenged the umpire to show her where the ball landed. 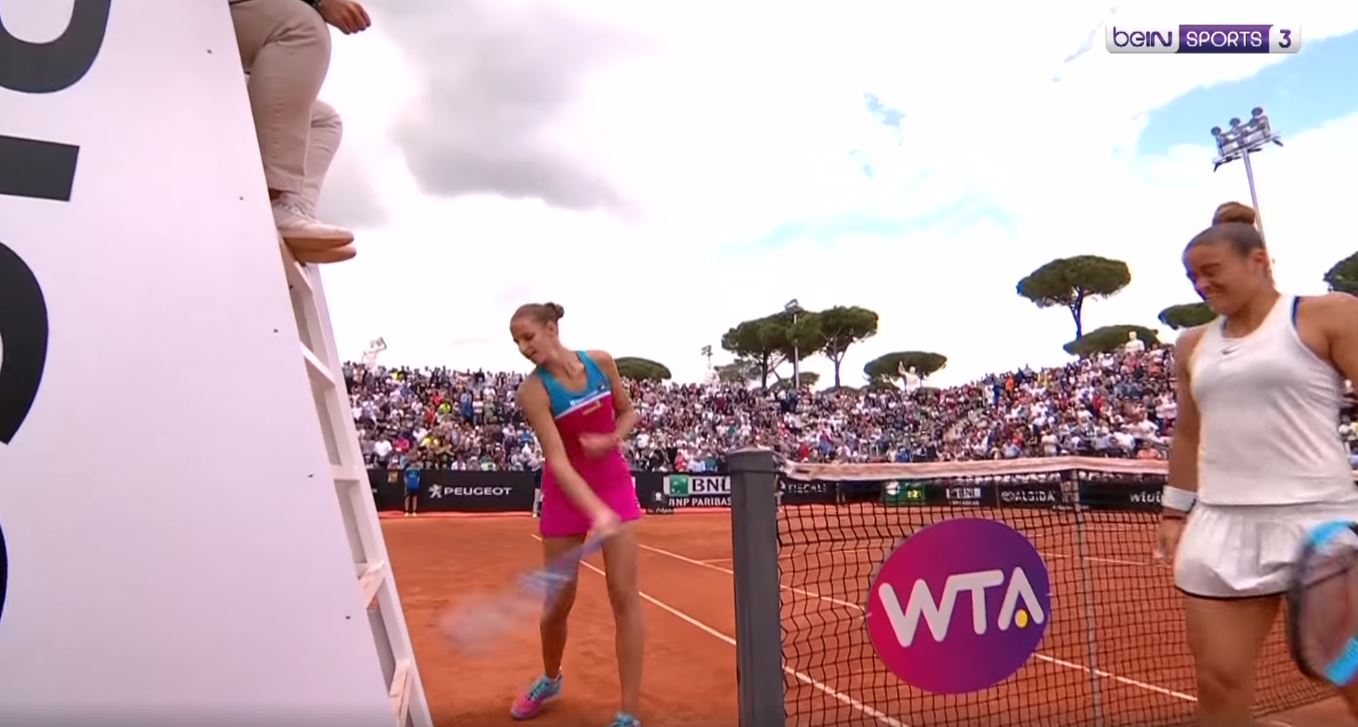 Of course, the umpire was in the wrong. Pliskova could have told you that without the backing of the video replay, but nevertheless, the backing she had. 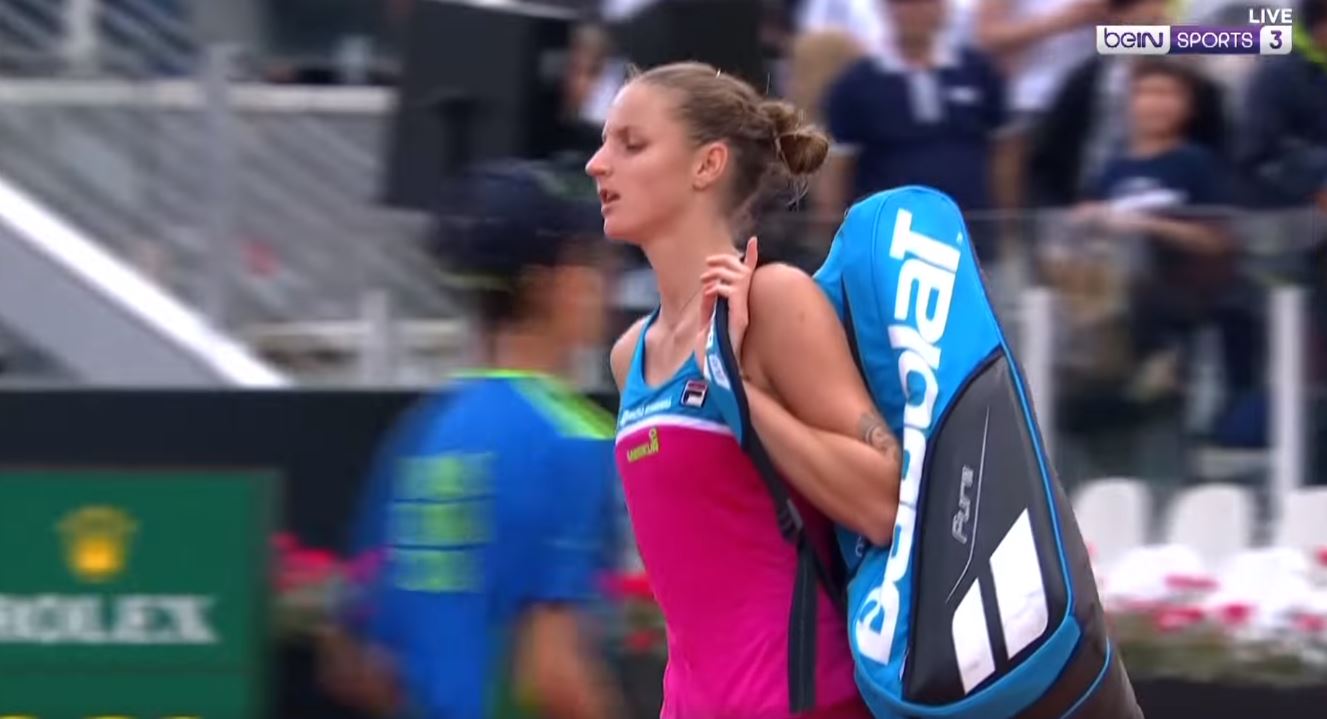 At the end of the game, once Sakkari had claimed victory, it was time to shake hands with the ref. Pliskova thought about it. She really did. But the John McEnroes took hold.

She punched a gloryhole in the chair – presumably sending a coded message to the umpire that she’s a blind old bitch and she sucks a fat one. 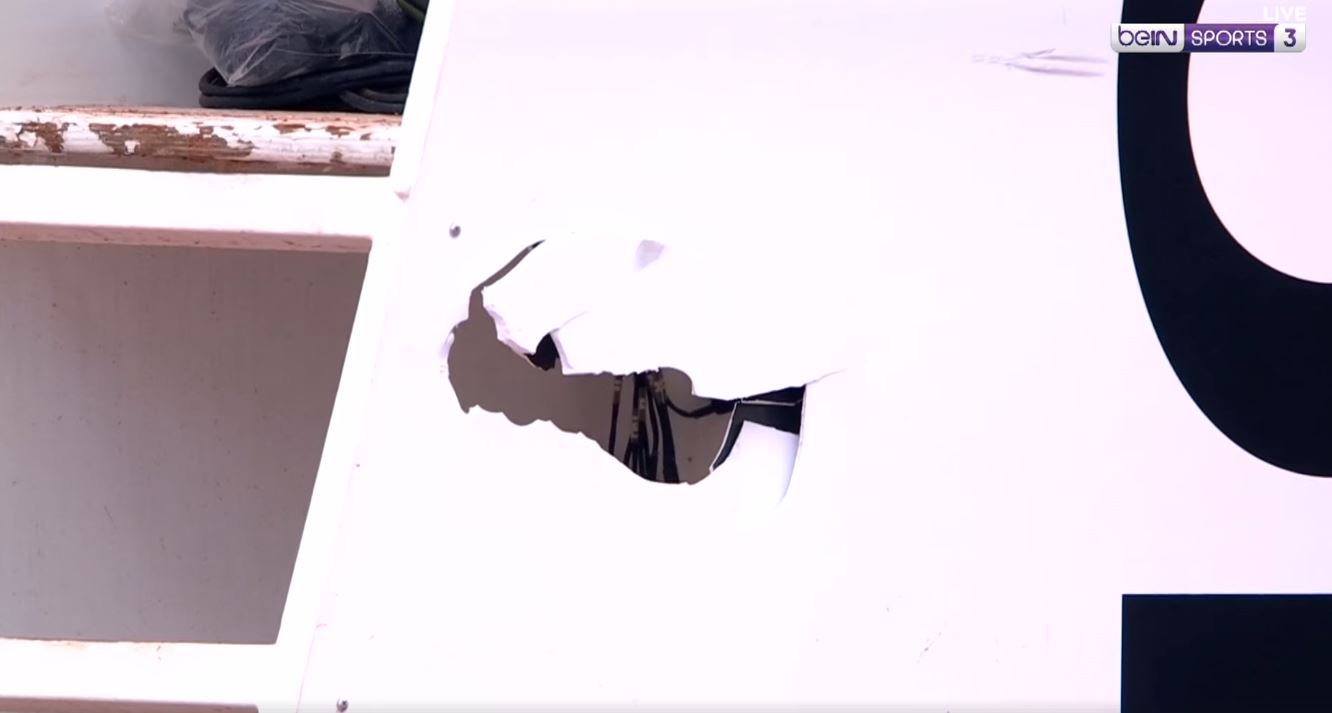 Someone should photoshop Jack Nicholson’s face into the hole. Credit: Bein Sports.

Final thought: These bloody tennis players. They need therapy, the lot of them. As for poor Sakkari, how’s her reaction? She mightn’t say anything, but her body language lets us know what she’s thinking. Holy sh*t, love. It wasn’t like that f**k-up was the only point you lost.

Of course, Sakkari can comfort herself with the knowledge she’s through to the next round. The rest of us get to enjoy another tennis tantrum and have a chuckle at the results.

Here at Ozzy Man Reviews, we have massive respect for athletes and their dedication to taking their sports seriously. Of course, we also f**ken love it when an athlete knows how to have a bit of fun. And that’s what b...