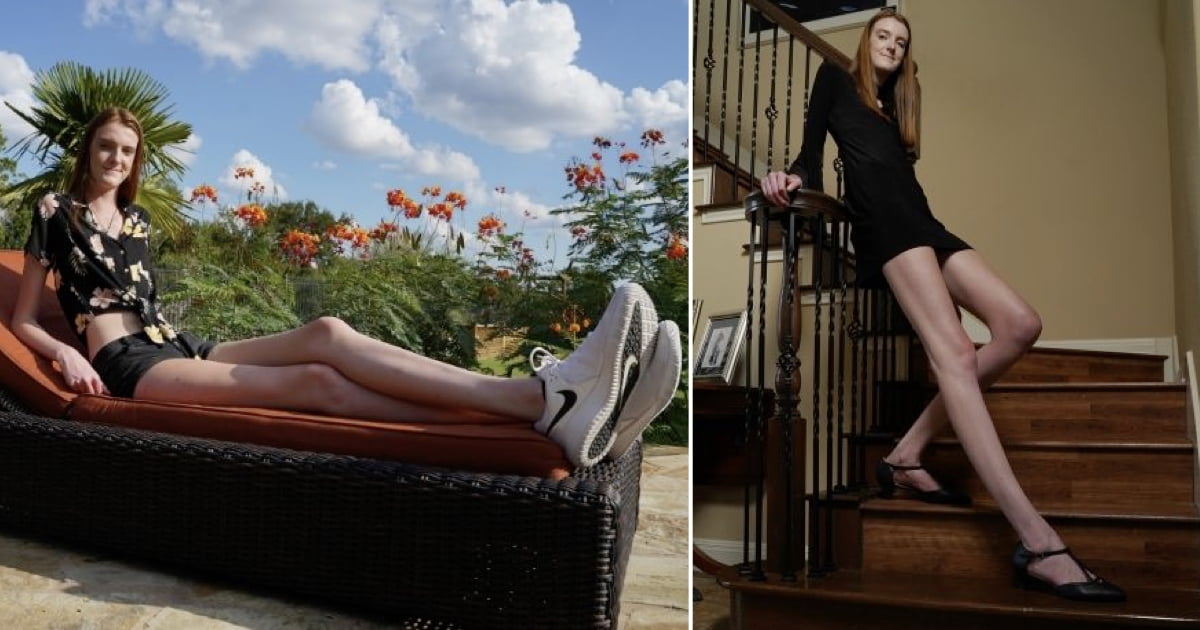 If there’s one book that everyone in the world bloody loves, it’s the Guinness Book of World Records. Year in, year out, that thing gets tongues wagging, settles arguments, and creates a comprehensive list of the greatest feats that humans have achieved. Deadset, whether it’s a feat of skill, endurance, or pure bloody coincidence, you’ll find it in the famous publication.

This year, there’ll be at least one new entrant. Yeah, nah, the fact that even a year as fundamentally strange as this one is getting a book—and having new records being entered—shows how bloody important the Guinness Book of World Records really is.

Anyway, we’ll get to the point. A US sheila by the name of Maci Currin will be gracing the pages of the world-renowned codex. Her feat is one of coincidence, but that’s totally okay with us. It turns out that bloody Maci has longer legs than any other female in the world.

Unfortunately, she reckons she copped a bit of s**t for being tall when she was in school, but she hopes she’ll be able to give other tall sheilas a bit of confidence. “I hope that tall women can see that height is a gift and that you shouldn’t be ashamed that you’re tall – you should really embrace it.”

Final thought: Yeah, nah, this is bloody awesome. Imagine how good it must be to know that in years to come you’ll be a f**ken trivia question at the pub. On another note, though, do any of you remember the dude with the really long fingernails from the Guinness Book of World Records? That was a mind-blower as a kid. Let us know in the comments. And, of course, congratulations, Maci!