Yeah, let’s start this one by saying that language matters. Considering the furore over the recent acts perpetuated by the total scumbag who ended the lives of six Asian women in the US, we’re gonna say the obvious: there’s a pretty serious context amongst these stories that suggests the men responsible for it shouldn’t be excused as having ‘bad days’. What we will say is that the f**ken thug in this story did have a bad day – and it started right after he assaulted an innocent Cantonese woman.

Xiao Zhen Xie, a 76-year-old legend of a woman, was going about her business on Market Street in San Francisco when a complete d-ckhole decided to ruin her day by randomly punching her in the face. It all occurred only hours after the horrific attack on six Asian women working in massage parlours in Georgia. 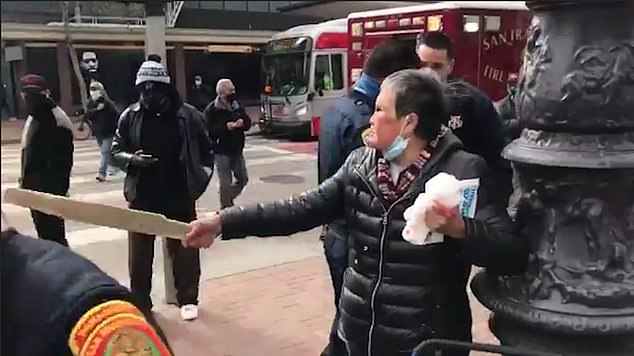 Fortunately, the ending to this assault was much less terrifying. Bloody Xiao Zhen Xie grabbed a stick and fought back, completely f**king up the dirty prick and leaving him to be carted away by ambos as she screamed, “You bum, why did you bully me?” and “He hit me, he hit me!” in Cantonese. 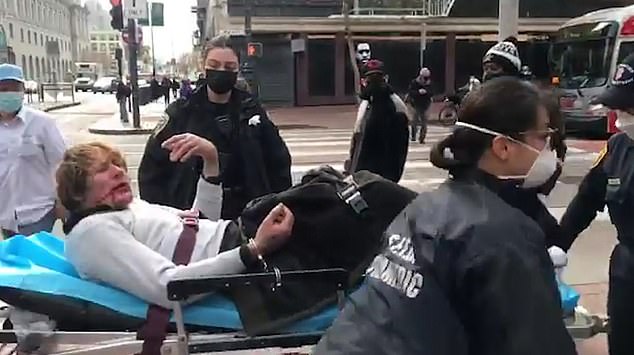 The aftermath of the footage was captured by Dennis O’Donnell, KPIX Sports Director, and it’s evident that Xiao Zhen Xie is ready to give him more of a hiding. We’ll be honest, he f**ken deserves it. 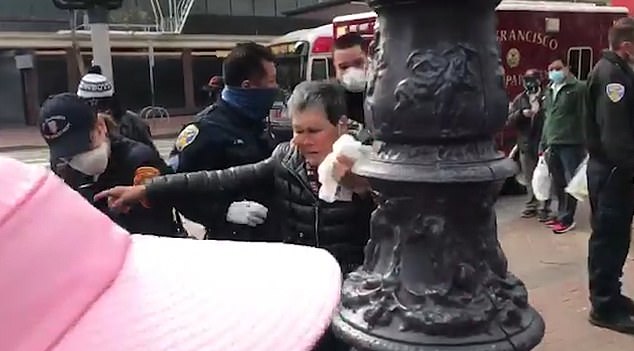 Anyway, the footage shows Xiao Zhen Xie looking pretty traumatised. After the event, she spoke to KPIX from her retirement home. She was left unable to see out of her left eye, and is now terrified of going outside. 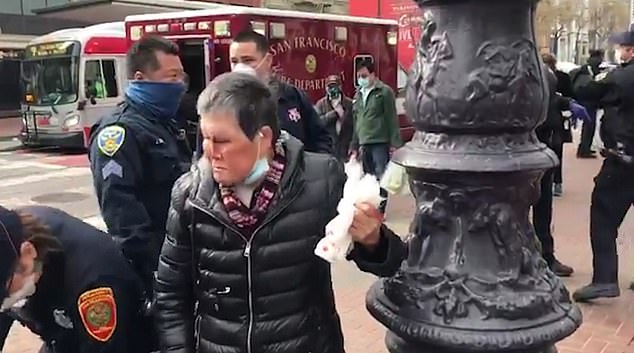 In a GoFundMe designed to raise funds for her injuries, her grandson, John Chen, wrote that:

“She was the one that defended herself from this unprovoked attack. But she is now suffering two serious black eyes and one that is bleeding unstoppably. Her wrist has also swelled up. She has been severely affected mentally, physically, and emotionally. She also stated that she is afraid to step out of her home from now on. This traumatic event has left her with PTSD.” 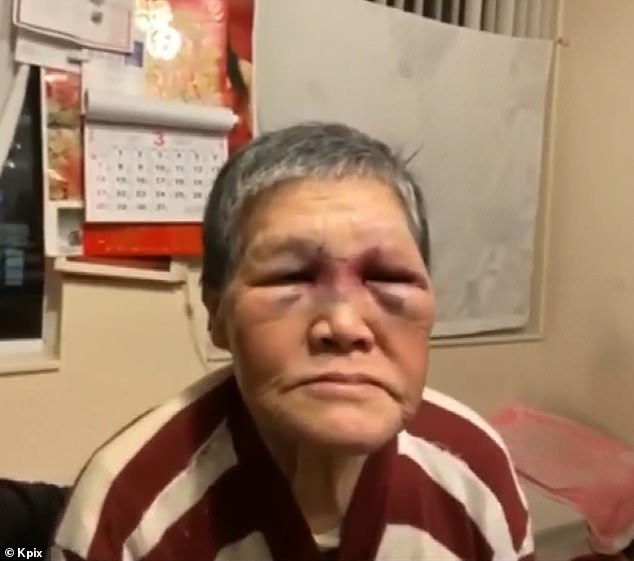 The GoFundMe cleared its goal, raising 67,000 dollarydoos to help with her recovery.

Final thought: Two things here: first, this is f**ken terrible, but at least Xiao Zhen Xie hot her licks in, meaning that the scumbag responsible for the assault might think twice next time he wants to randomly attack an innocent old sheila. We have to say, though, that we hope he doesn’t get the chance. Racially motivated crimes should always end up with jail-time, don’t ya reckon?

Just came upon an attack on an elderly Asian woman on Market Street San Francisco. Effort I got more details pic.twitter.com/5o8r0eeHE2

Just in case you missed it, here’s one of Ozzy’s latest commentary videos…Ozzy Man Reviews: Nobody (exclusive scene)