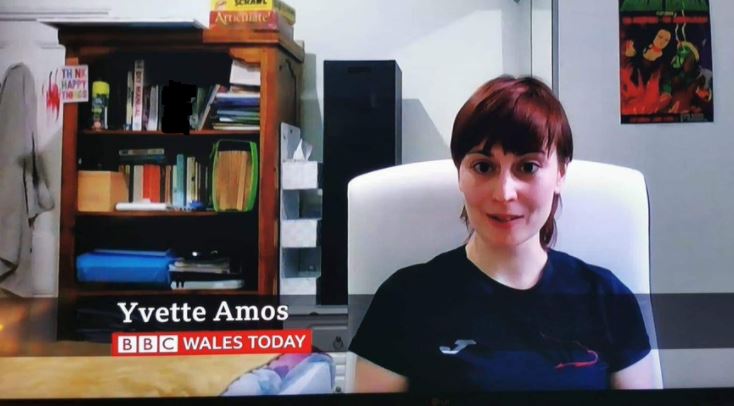 You know we’re not the type to kink shame here at Ozzy Man Reviews, but we have to say that in polite company or the public eye, sometimes it’s just couth to keep some of your more intimate joys, well, intimate. Of course, s**t doesn’t always work out that way. Yeah, nah, sometimes there’s an oversight that leads to a proper c-ck-up, and we have to assume that’s what led to a HUGE mistake in front of a television audience when Yvette Amos appeared on BBC Wales the other day…

In case you haven’t guessed right now, the sheila sat herself in front of her bookshelf, and right there, holding prime position, was a big ole donger. Yeah, nah, a big pink p-nis was right there amongst the books and board games.

Perhaps the greatest guest background on the BBC Wales news tonight. Always check your shelves before going on air. pic.twitter.com/RK6GCiFuHk

Now, we’re not gonna claim that we’re experts on this kinda thing, but from the picture we’ve got, that’s not the kinda thing you can accidentally leave unnoticed. Yeah, nah, once you were done, everyone would be talking about the elephant c-ck in the room. 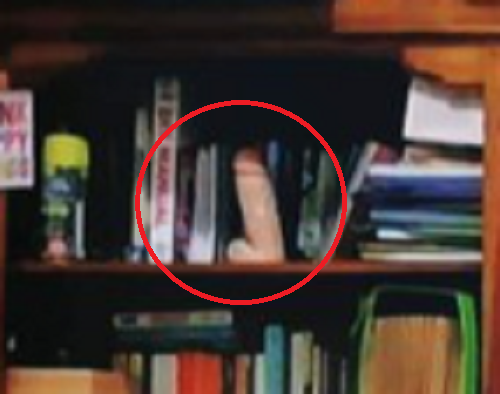 Who's for a game of monopoly kids?

So, the question is, obviously, whether or not Yvette meant to leave it there. Of course, it didn’t take long for journalist Grant Tucker, to tweet a picture showing the phallus. Once it hit the internet, hard debate as to whether or not it was accidental or ‘accidental’ raged.

I’m guessing novelty candle. Not that it helps much.

Some thought it was a novelty p-nis rather than a toy, and we’re kinda leaning that way. It looks more like a joke statue from where we’re sitting.

So, we’ll put the questions to you: is it a donger and was it left there deliberately?

Final thought: Yeah, either way, we’re not gonna judge. When you’re a grown-ass adult, you can keep your big fake schlong on whichever shelf you want. Besides, it certainly gets the conversation going. Still, let us know what you reckon in the Facebook comments section.