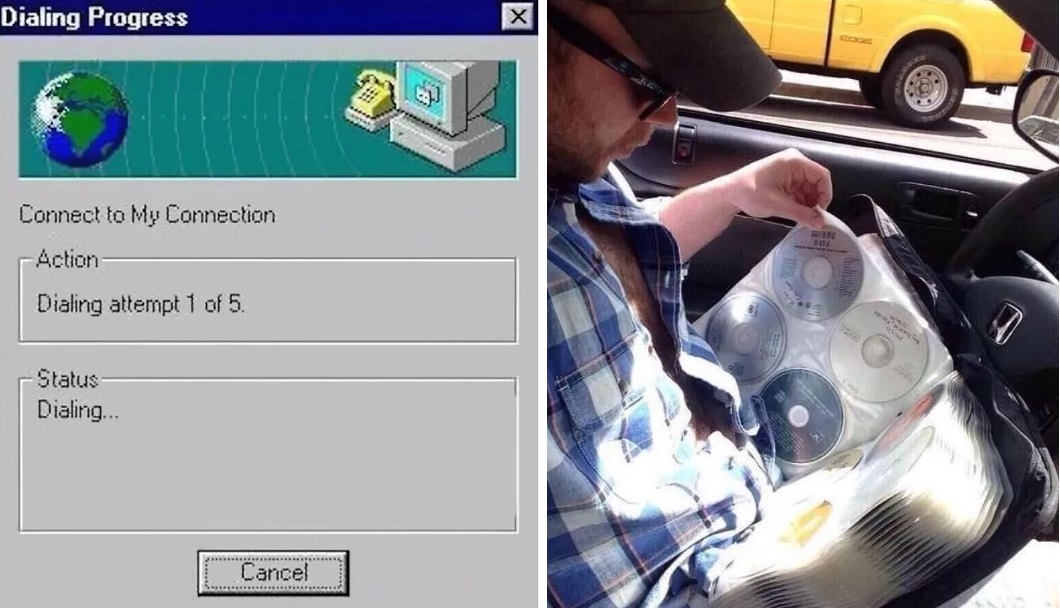 It’s no secret that every old b**tard you know reckons they had it way tougher back in their day than you do. That’s probably true. Some people had to deal with some really poxy s**t. Those 90s kids, though, they occupy a kinda unique niche in grand scheme of things. The world was starting to get a bit tech savvy, but the engineering of the tech hadn’t really caught up – and that meant loads of the s**t was actually pretty f**ken clumsy. Check these bad boys out if you’re too young to remember… 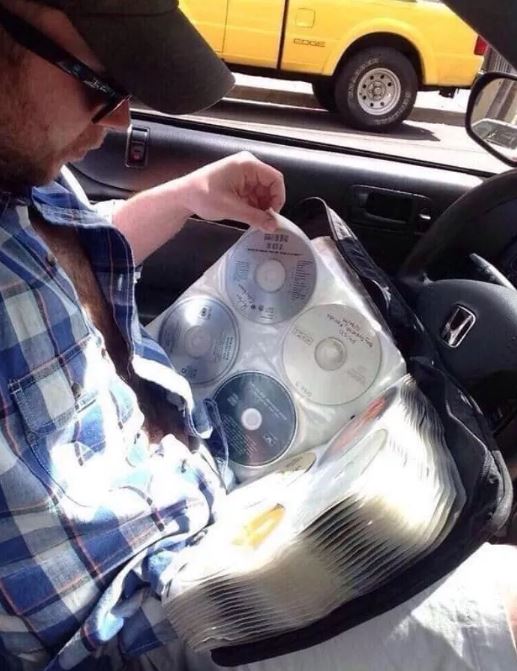 First up, take a look at this bloody loser. Without counting, we’d have to say that’s your standard 64 disc CD case, there. F**k me, they were a pain in the arse to carry around. The only time they were worse was when some lowlife f**k broke into your car and stole it. Pricks! 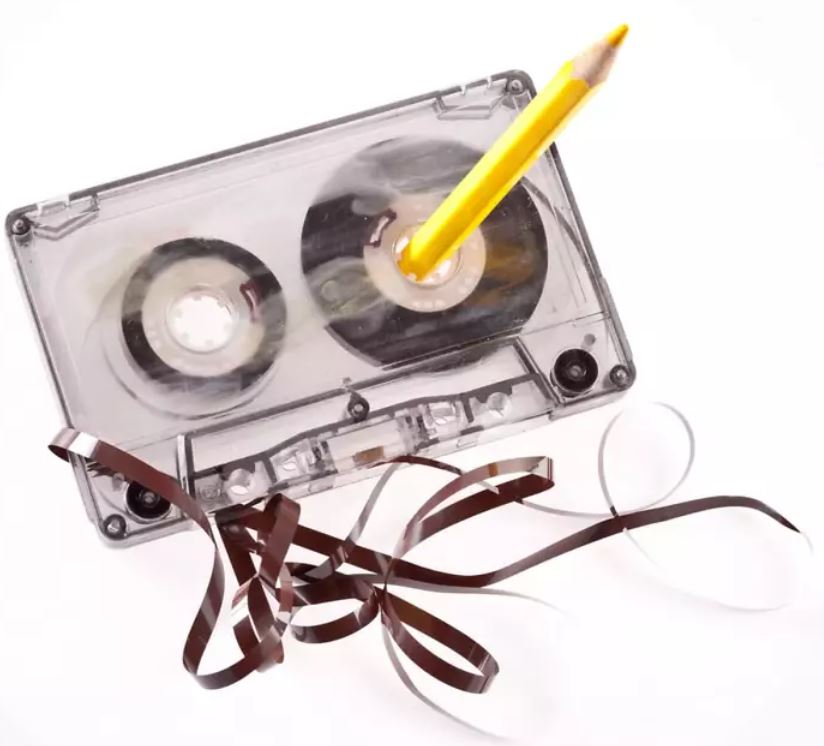 Man, as much as CDs were huge in the 90s, cassette tapes were still the reliable way to deal with portable music. If you had a 90 minute tape, you knew you could usually get one album on either side. Pretty sure, I had a f**ken awesome one with the debut albums from Deftones and System of a Down rocking back to back. Good f**ken times. Of course, when they f**ked up, they f**ked up big time – and out came the pencil to fix the bloody mess. 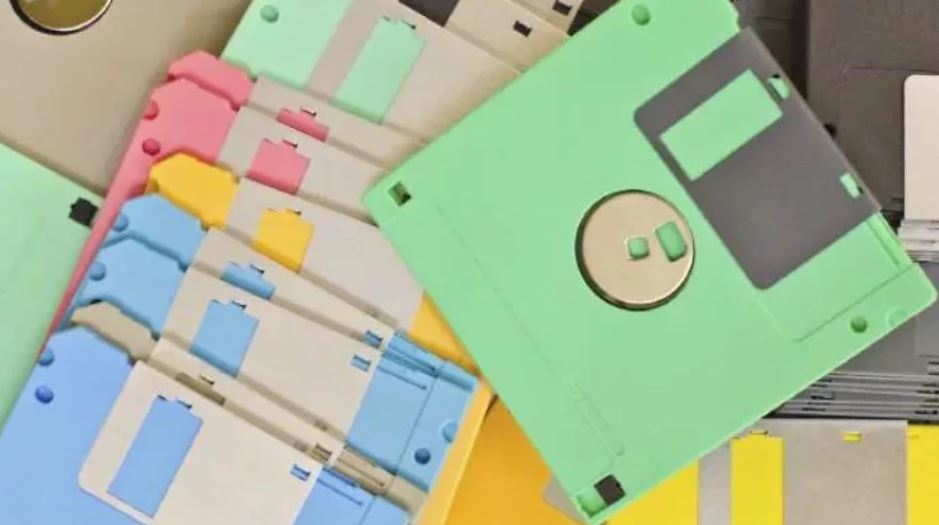 The old floppy disc. These bloody things were ubiquitous. You could fit barely anything on them, but we got by. They carried games, documents and guitar tabs as far as they needed to. In fact, I think I still have a pack of some in the garage. I’ve no reader to open them, but there you go. 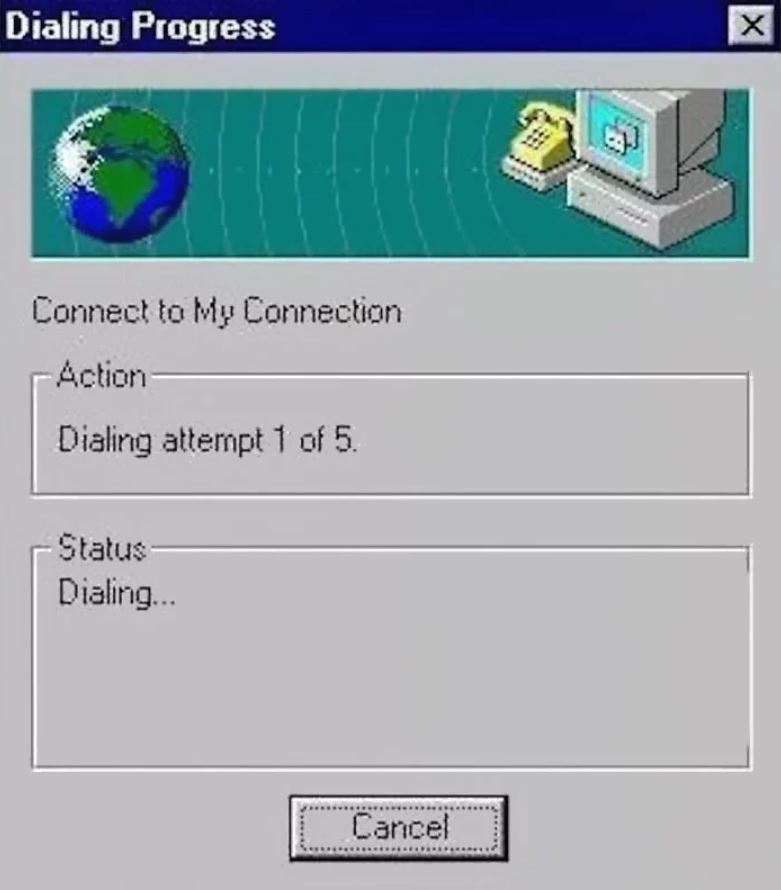 Dialling up to the f**ken internet. You didn’t just open up your computer to get online. You had to actually call! F**k that s**t. 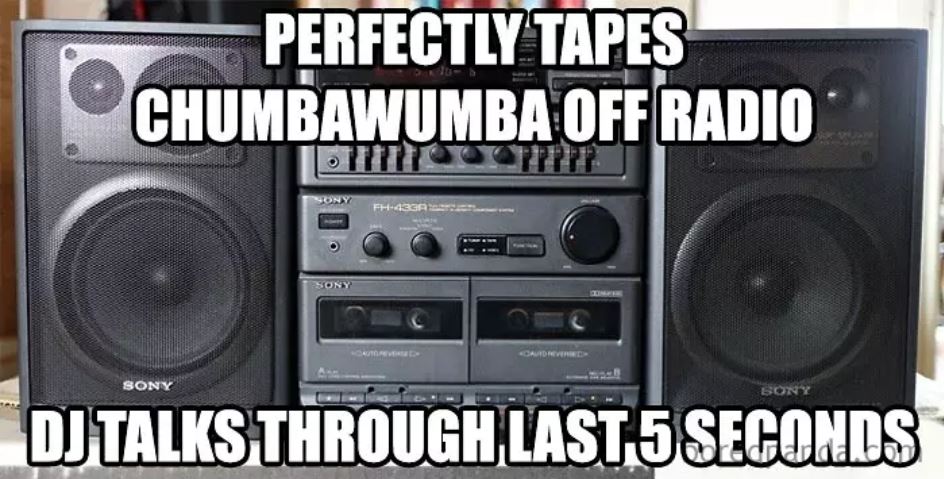 Well, that’s what you get for pirating music. Besides, it just adds to the charm. 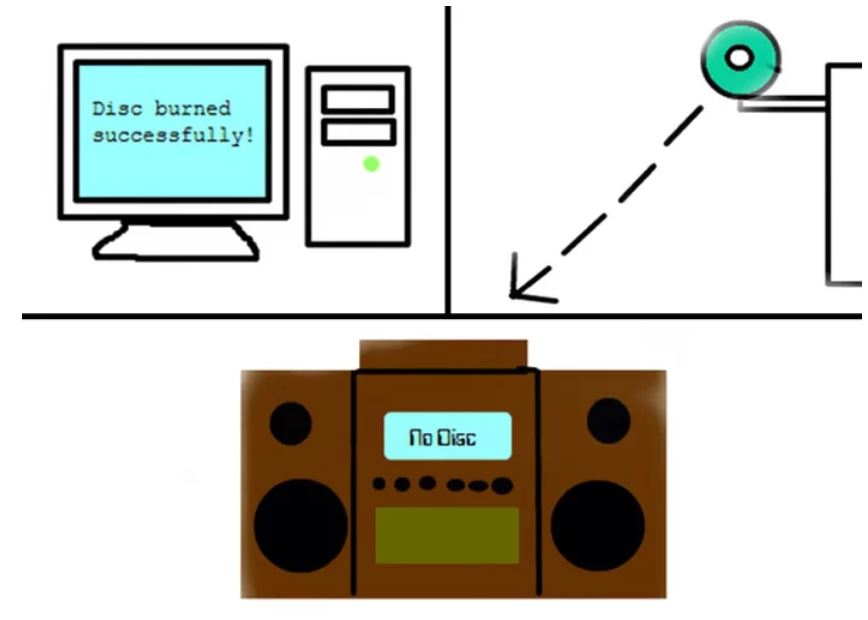 This s**t was hell. It took f**ken ages to burn a CD too. We really don’t reckon there’s anyone who misses those days. 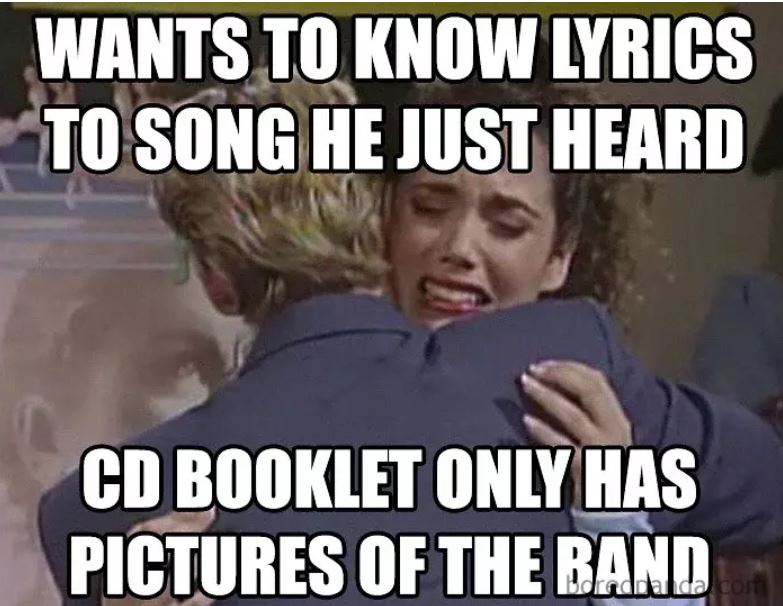 CD Booklets were the s**t. When they were good, they made the whole package a f**ken collector’s item. Also, hot bloody tip, the best place to find cool new bands was in the liner notes and thank you section. F**K me, you got onto some gold that way. 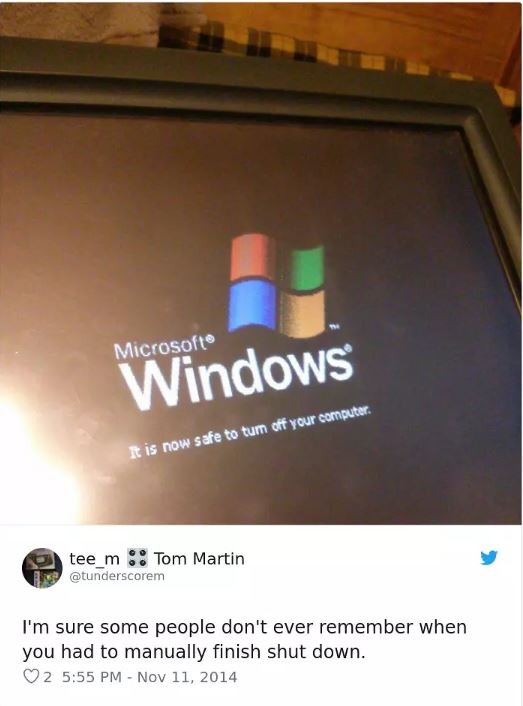 Ha, they’re right. We’d forgotten all about this s**t. What a pain in the d*ck that was. 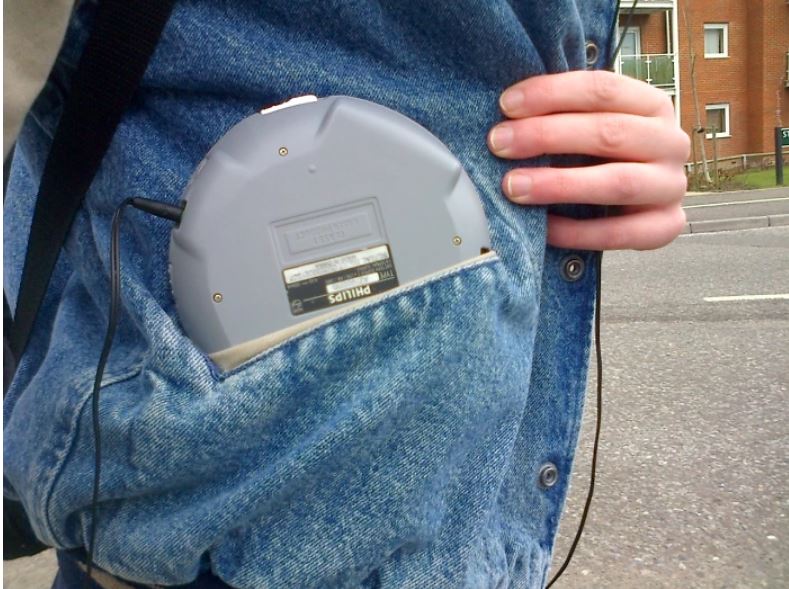 See, this is why the Walkman was always superior to the portable discman. It didn’t skip and jump like a coked up kangaroo. That thing was supposed to read a rapidly spinning disc – without losing sound quality – as you moved around. Needless to say, it was usually a pretty quick way to scratch the f**k out of your CDs. 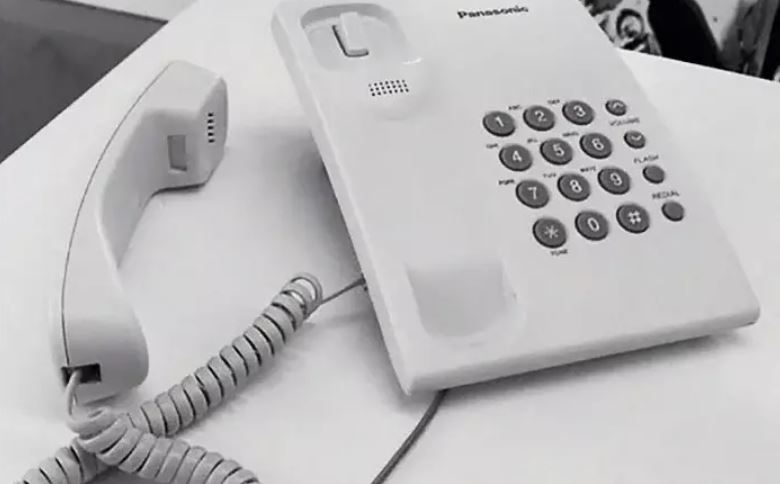 Didn’t want telemarketers to call you through dinner? You just had to take the phone off the hook. It was the only reliable way. At least now we have mute and silent mode. Old-school phones were bloody s**thouse.

Final thought: You know, most of this stuff really didn’t seem that bad at the time. F**k, some of it still holds a cherished place in my heart. We’d probably do our nut trying to use it today, but at the time, old f**kers used to look at the advanced technology and marvel. F**k we miss the 90s.