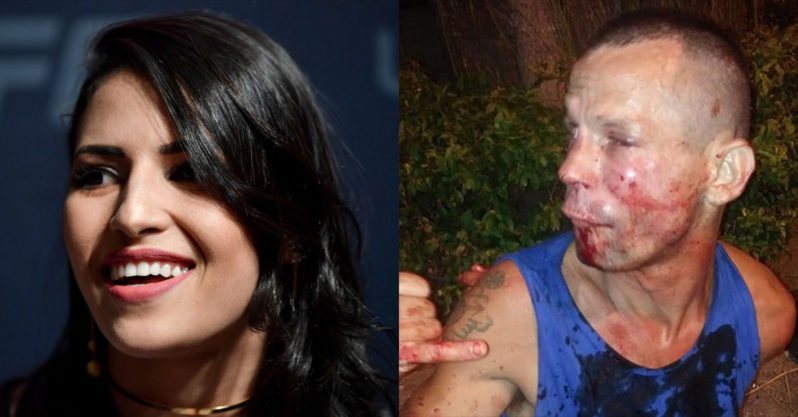 Here at Ozzy Man Reviews, we’re pretty anti dodgy f**ken behaviour like theft. Stealing from anyone, let alone other people, is a dick move and it’s one of the few we’ll say always deserves a beating. That’s why we’re smiling like Cheshire cats at the prospect of a Brazilian mugger trying to steal a phone from Polyana Viana – a UFC fighter from Brazil.

Yeah, make no mistake, no matter who you steal from, we reckon you deserve a swift uppercut and a big f**ken kick in the dick, but unfortunately, it’s not always so straight-forward. In many cases – like this one – the mugger will be armed, or at least claim they are. In those instances, we reckon you should just do as they say. Unless you’re Polyana, that is. 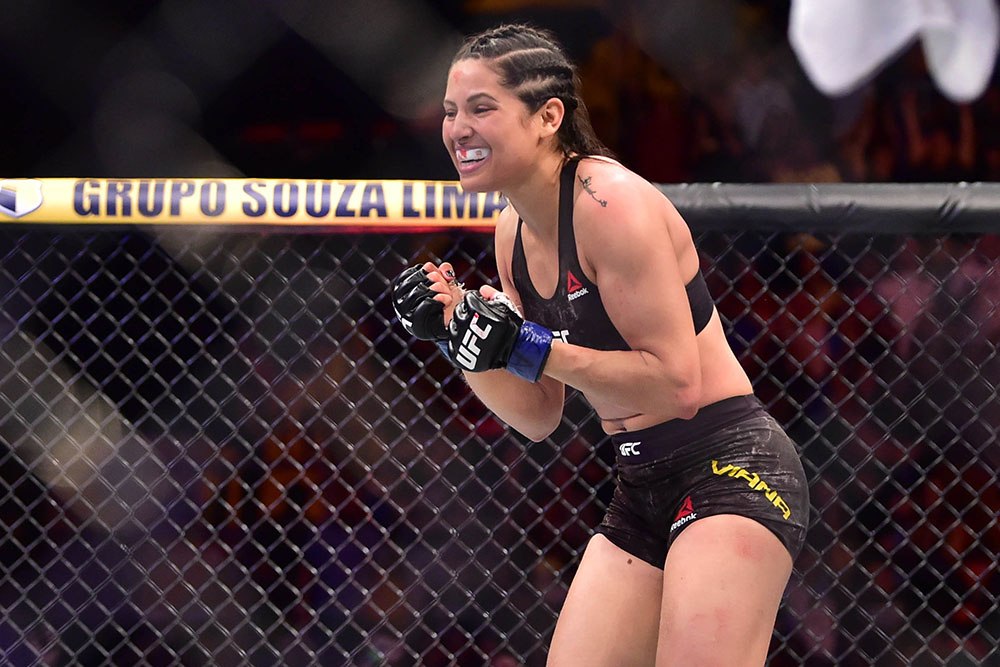 Deadset, have a read of her story, because she went out on a limb considering the circumstances, but f**k me sideways, she gave the scumbag trying to steal her phone a solid f**ken touch-up. She told MMAJunkie, “He said, ‘Give me the phone. Don’t try to react, because I’m armed.’ Then he put his hand over [a gun], but I realized it was too soft. 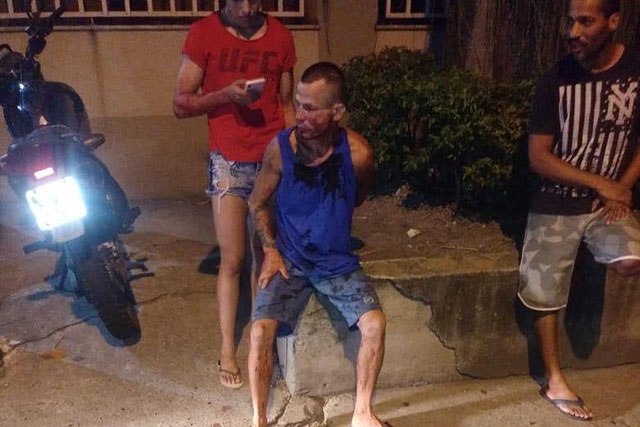 And this is the point when old mate should have seen the error of his ways and backed the f**k off, because, as Viana explains, “He was really close to me. So, I thought, ‘If it’s a gun, he won’t have time to draw it.’ So, I stood up. I threw two punches and a kick. He fell, then I caught him in a rear-naked choke. Then I sat him down in the same place we were before and said, ‘Now we’ll wait for the police.'”

Shortly after the incident, UFC President Dana White posted images of old mate’s face with a hashtag that said “#badf—ingidea.”

On the left is @Polyana_VianaDF, one of our @UFC fighters and on the right is the guy who tried to rob her #badfuckingidea pic.twitter.com/oHBVpS2TQt

Final thought: Look, don’t steal from anyone; that sh*t’s f**ked. However, if you must try to relieve people of their hard-earned belongings, do what this silly c**t did. Pick a sheila from the UFC who can give you the flogging of a lifetime in return.