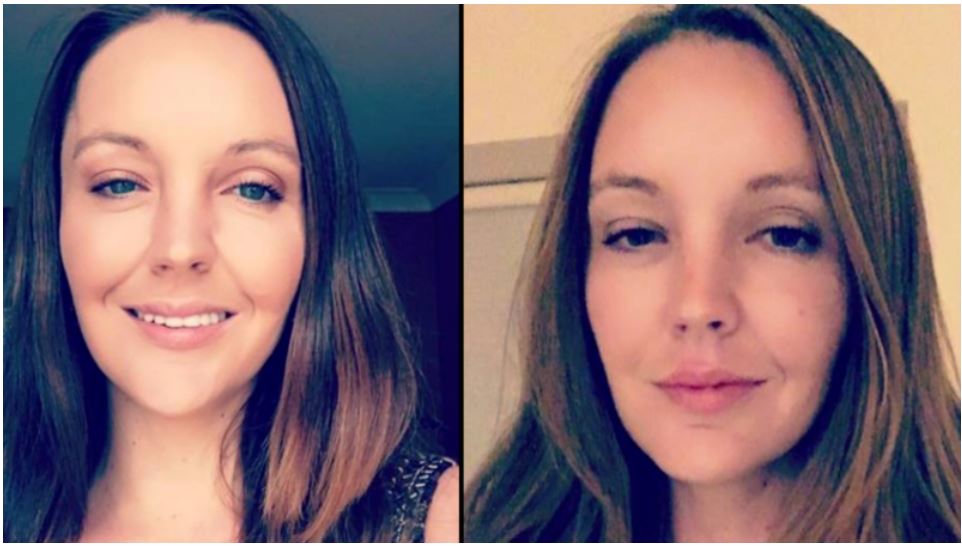 Sheila who lost her forehead has a warning for others!

Let’s not beat around the bush here, we’ve all referred to the balding bloke’s forehead as a fivehead – or sixhead, sevenhead or eighthead – and that’s okay. It’s all well and good to make fun of your mates, but the reality is, your forehead might just be something you take for granted. We know how that sounds. It’s not exactly your car-keys and wallet, so you can’t really misplace it, but after reading this warning from a young sheila who lost her forehead in a car accident, you might be grateful for yours – and heed her warnings.

Rightio, how’s this for context. You’re twenty-two years old and you’re loving the splendour of your youth. You’re f**ken cruising along, riding shotgun, as your boyfriend drives the car and you’ve got your feet up on the dash. Then he hits the black ice, loses control and f**ken prangs it into a wall! 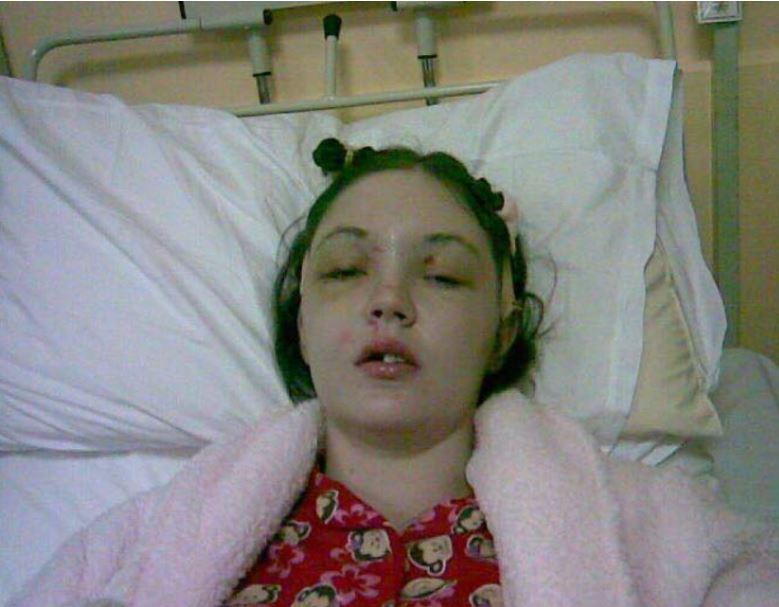 If that car’s got airbags – and most of ‘em do – it’s gonna ram your f**ken knees right back into your head, breaking every bone in your face. That s**t is exactly what happened to Gráinne Kealy. Since then, the poor lass has had a metric s**tload of surgeries to deal with the complications. 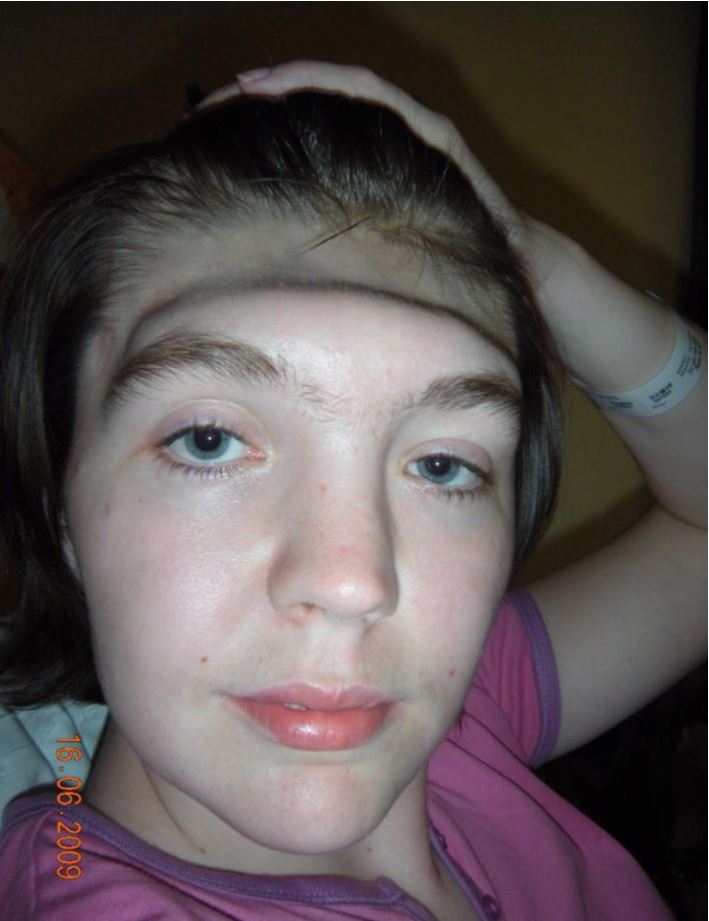 That’s why she’s warning others not to put their feet up on the dash:

“My feet were on top of the airbag and, I know now, they inflate at 200mph. The force of that meant my knees were sent back into my face really powerfully. I broke nearly every bone in my face. I had a brain leak [called a CSF (Cerebrospinal Fluid)] and I lost two teeth.” 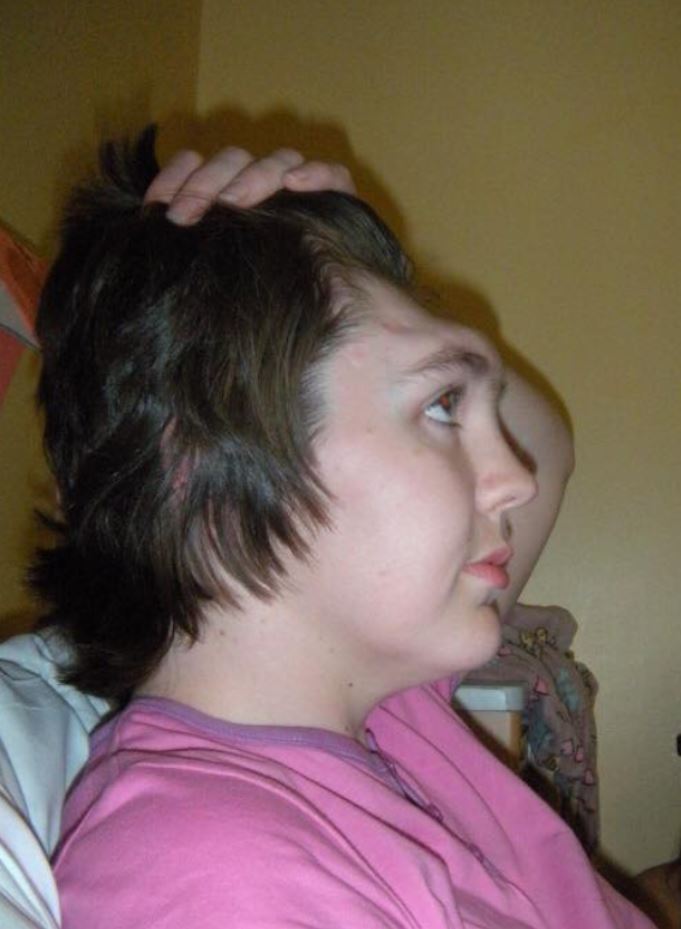 As a result of this, the bone in her forehead became infected and had to be removed. F**k that!

“It took a while to slowly go down,” Gráinne told Ladbible. “It wasn’t like I suddenly woke up and it was sunken in. It took a while, which probably helped me get used to it. For a long time, I was afraid to leave the house. I became a bit of a hermit. I didn’t want to go out and then when I did go out, I would get looks. I bought hats to cover it. I was also worried about banging my head.”

Surgeons were able to fit a ceramic plate in to reconstruct Gráinne’s forehead, but that wasn’t the end of her woes.

“It was strange,” Gráinne said. “I’m aware of it, but I can’t really remember what it was like before I had it. Since it was first fitted, I’ve had fat taken from my stomach and injected either side of it to plump it out because you could see the edges. I think I’ll need to have that procedure one more time and then hopefully it’s done.”

Finally, she hopes others can learn from this and save themselves the trauma she’s had to endure. 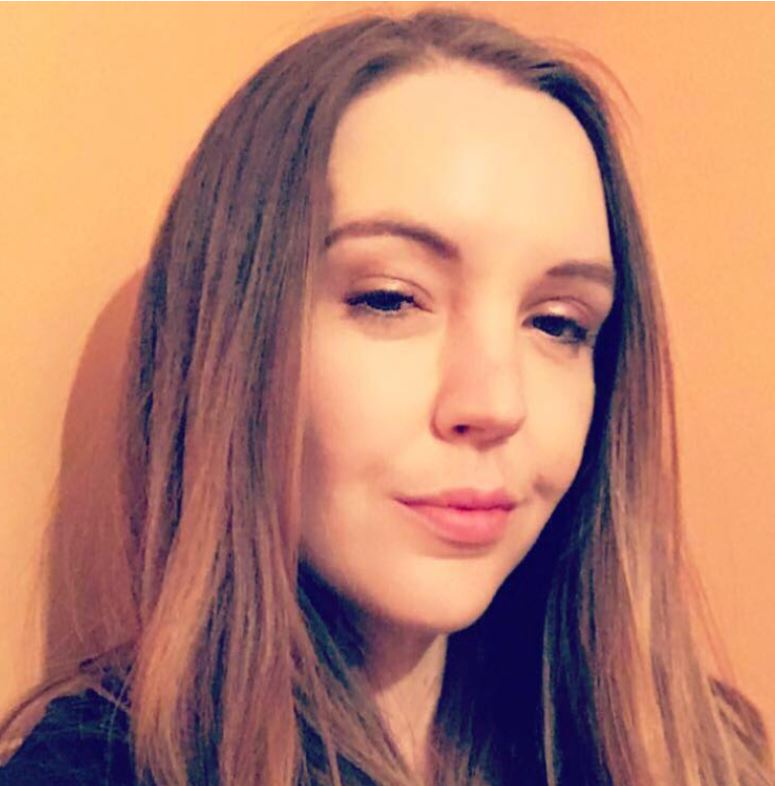 “I just want to warn others about how dangerous it can be. I didn’t know – and some people say to me ‘how could you have been so stupid?’ but I honestly didn’t realise it could be so dangerous. I thought because I was wearing a seatbelt and was sat up properly in the car, I was safe. I want people to learn from my mistake.”

Final thought: F**ken hell, Gráinne, you’re one tough sheila. Hopefully everything’s all f**ken sweet from here and you’re able to live an awesome life – and save other people from ruining theirs!

Just in case you missed it, here’s one of Ozzy’s latest commentary videos…Ozzy Man Reviews: Guess the Ozzy Slang with the Game of Throne Cast-Members