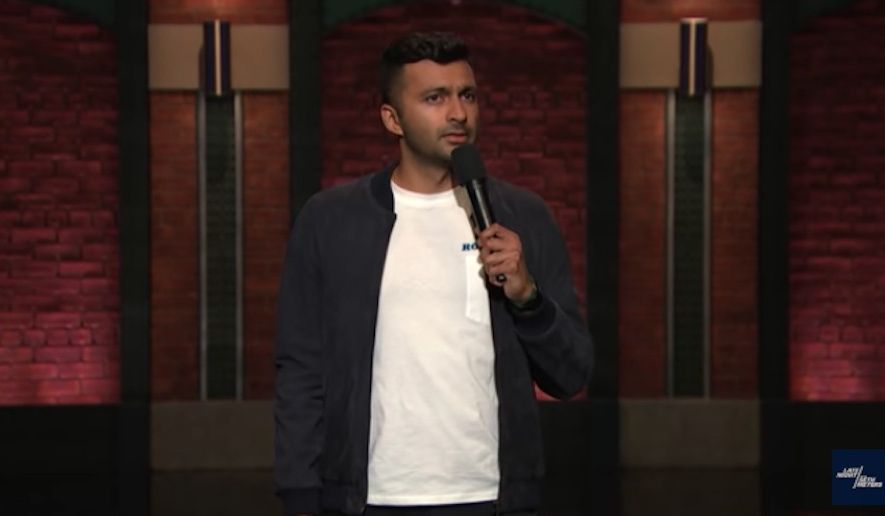 When Nimesh Patel was invited to a stand-up comedy event at Columbia University by the Columbia Asian American Alliance, he expected to perform his regular show to an audience that knew him, knew his schtick, and knew the general tone of his show. Unfortunately, things took a turn for the worst when he was kicked off stage – reportedly for telling a joke the organisers weren’t comfortable with…

Political Correctness is all the rage these days. Its proponents say that being politically correct just means not being a dick to each other, and its opponents say that those who push it are every bit as fascist as the conservatives they purport to be fighting against. We honestly don’t know where the line is, but this particular event is a great talking point. Here’s the footage of him being kicked off stage:

Patel is an Indian-American comic who writes for Saturday Night Live. Since the events happened, he has written a column for the New York Times where he talks about the event from his perspective. In that article he says the organisers had the right to cut his mic as it was their stage, but argues that “When you silence someone you don’t agree with or find offensive, not only do you implement the tactic used by the people you disdain; you also do yourself the disservice of missing out on a potentially meaningful conversation. You cannot affect change if you are not challenged.”

In that article, he provides his joke with some context. Have a read and let us know what you think in the Facebook comments:

This was the joke that prompted their decision, slightly paraphrased:

I open by saying I live in Hell’s Kitchen, a diverse area in New York populated by, among others, gay black men who are not shy about telling me they don’t approve of what I’m wearing. I try to learn things from everyone I encounter, and one day I realize oh, this is how you know being gay can’t be a choice — no one would choose to be gay if they’re already black. No one is doubling down on hardship. Then I say, no black dude wakes up and thinks that being a black man in America is too easy. No black dude says, “I’m going to put on a Madonna halter top and some Jordans and make an Indian dude real uncomfortable.” That’s not a choice. 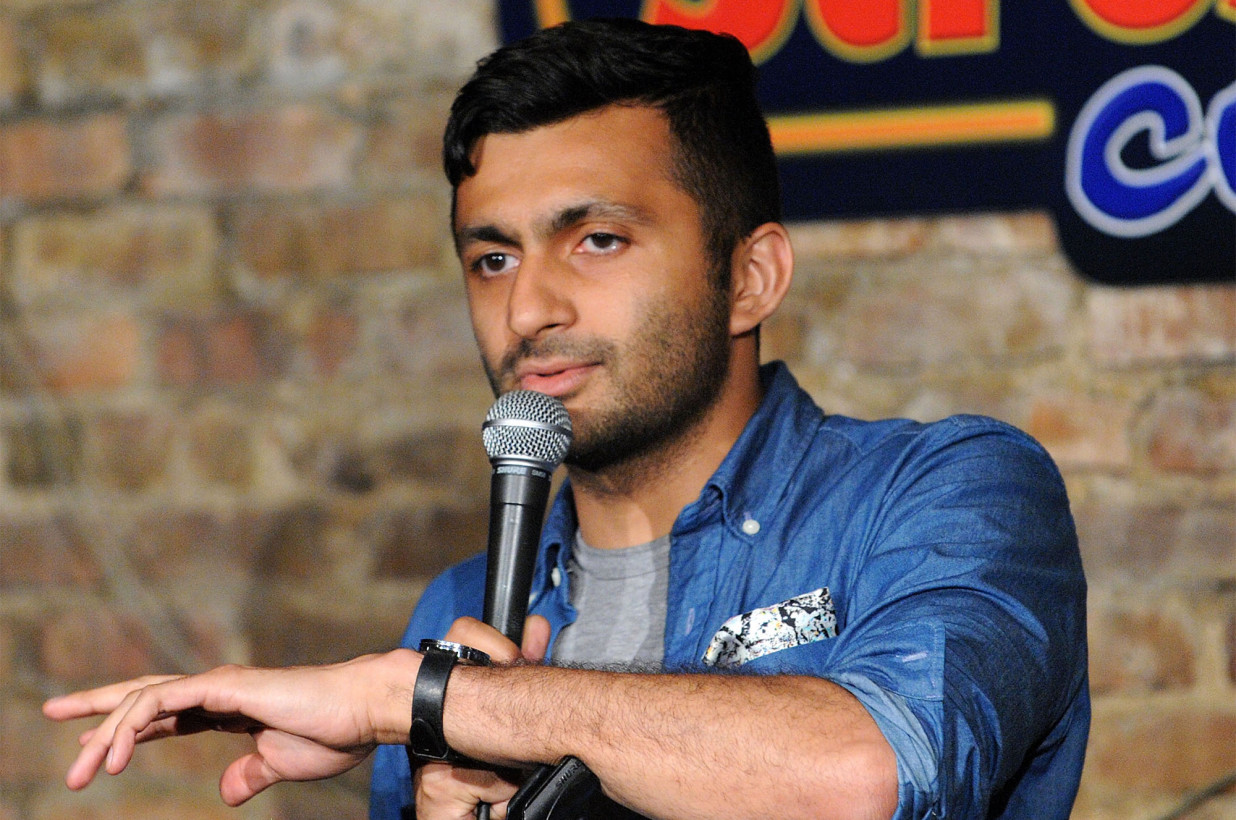 On the other side of the coin, one of the organisers of the event, Liberty Martin, has ‘spilled the tea’ in an article for the Columbia Spectator. They said:

“Patel’s mic wasn’t just cut off because he told offensive jokes to a sensitive, snowflake audience, which is the narrative that I see being talked about. He was booted off the stage because he sucked the energy out of an entire auditorium. When he told the gay Black joke, even he noted the tension. His routine was the antithesis of what cultureSHOCK stood for. He stepped into an uplifting atmosphere and soiled it, which is the opposite of what he was meant to do as a hired entertainer.”

While this whole shemozzle looks like its degenerating into he-said/she-said bullsh*t, and it’s hard to take sides if you weren’t directly involved, it does bring up a question we’re seeing more and more these days. What exactly is offensive, who can be offended and do we have the right to silence people because we think what they’re saying is offensive? 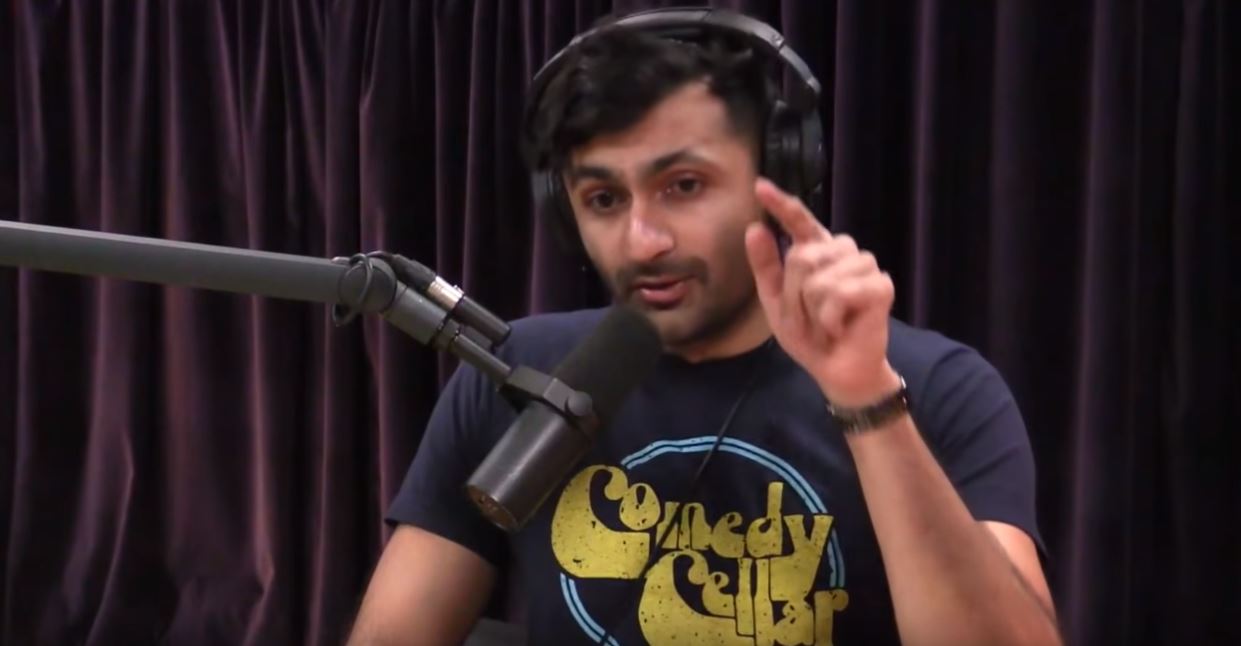 Final thought: To be honest, our gut-feeling is that you don’t really have the right to silence someone. You have the right to not listen and to not provide a stage – which I guess is what happened here – but the whole joke seems a little tame to be the subject of this sort of controversy. What do you blokes and blokettes reckon? Give us your opinion in the Facebook comments.

By Chuck Steinway 51 mins ago