As you probably know, one of the greatest joys of digital technology is that of the photograph filter. Deadset, if you’re having a bit of a shonky hair day, or you’ve forgotten your VB hat, or you just feel like giving yourself a bit of a spruce-up, you can make yourself look fabulous as f**k with just a click of the button. Of course, if you’re using your phone to record your weather reports, you probably want to make sure you’ve turned that s**t off.

One weatherman who didn’t make sure that s**t was turned off is WLOS ABC 13 anchor Justin Hinton. This silly sausage was out and about to report on Asheville, North Carolina’s snowfalls when he fired back some live video to the studio. 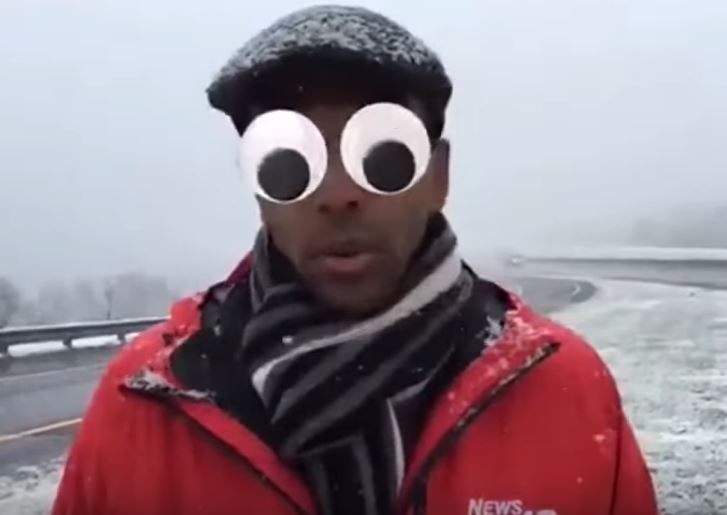 Considering the area doesn’t often get snow, the report needed to have a slightly serious tone. Unfortunately, Hinton’s failure to turn his filters off meant that the serious tone was just not going to happen. 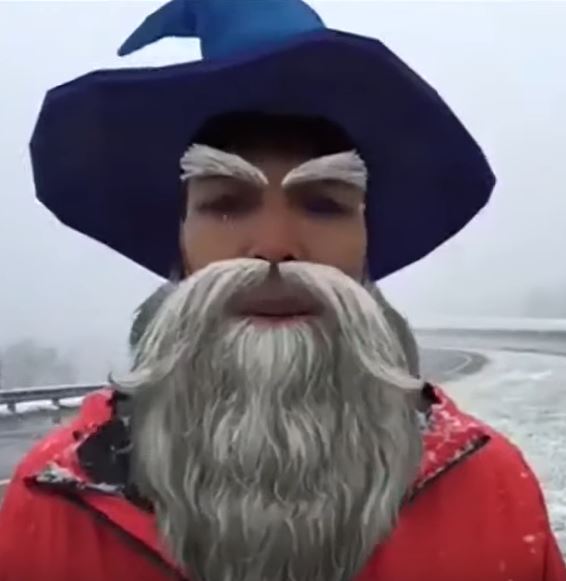 Yeah, nah, as he broadcast live – unstopped for the full minute he was broadcasting – the phone cycled through a range of filters that added a decided air of humour to his presentation. One minute he was an astronaut, the next he was a f**ken furry. 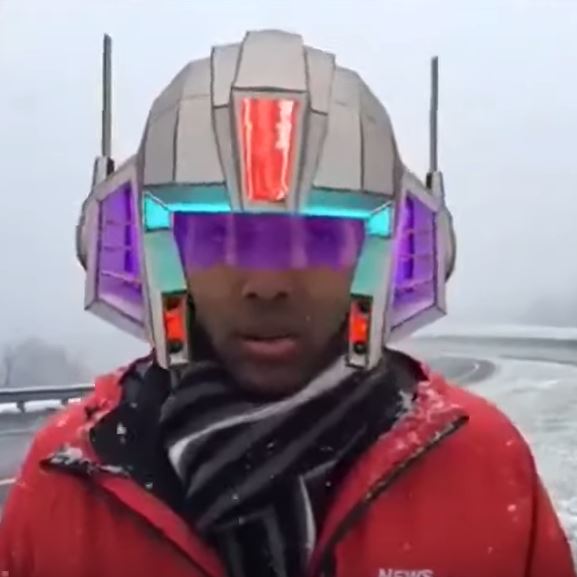 Making things even funnier, he was completely oblivious until he started seeing comments from Facebook users who’d been watching the hilarity live. Fortunately, Hinton took the whole thing like a champ, explaining how it happened on Facebook. 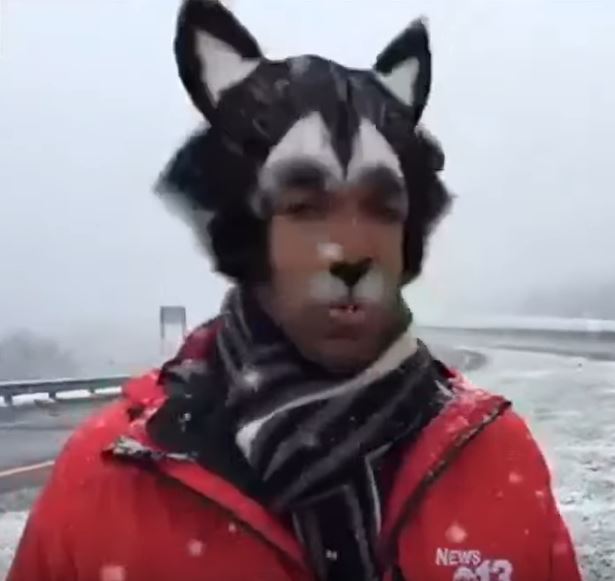 “The photographer I was working with said something about the screen having weird faces. He didn’t elaborate, so I said it would probably go away. Needless to say, it did not go away. I didn’t realize it until I stepped off camera and saw the comments where people were talking about the faces. My bosses, coworkers, friends, PIOs and more called/texted saying how funny it was, so here you go. If you can’t laugh at yourself, what’s the point of laughter? I hope you enjoyed the snow day, and remember to smile and laugh!” 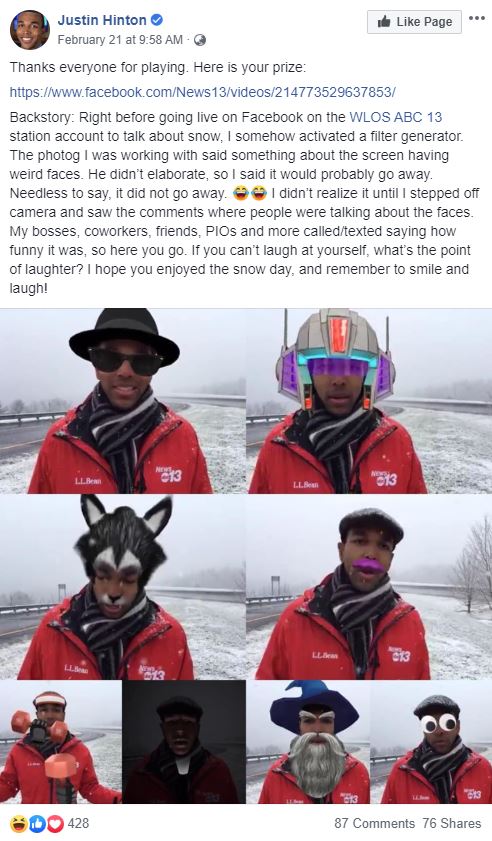 What a bloody champ.

Final thought: We make old mate right on this one. Being able to laugh at yourself is a f**ken serious skill that’ll get you out of loads of trouble in life. Good s**t, Juddo. Have a bloody Top Bloke award for being a top sport. Onya, mate!