It doesn’t matter what sport you’re playing, there’s nothing like scoring a last-minute winner to send the fans into overdrive, but it’s pretty clear that if you want to send the crowd into raptures and watch the players wheel away in ecstatic celebration, soccer’s the sport that truly ratchets up joy with a last-minute decider. One fella who’s clearly been watching the pros do it is this awesome deer. Deadset, check him out…

Yeah, nah, we know that soccer – or football if you’re a stickler about it – isn’t exactly confined to the likes of humanity. We know cows can play it, and now, we know deer can play it too. Of course, just like Timmy Cahill, the deer are far more capable with their head. 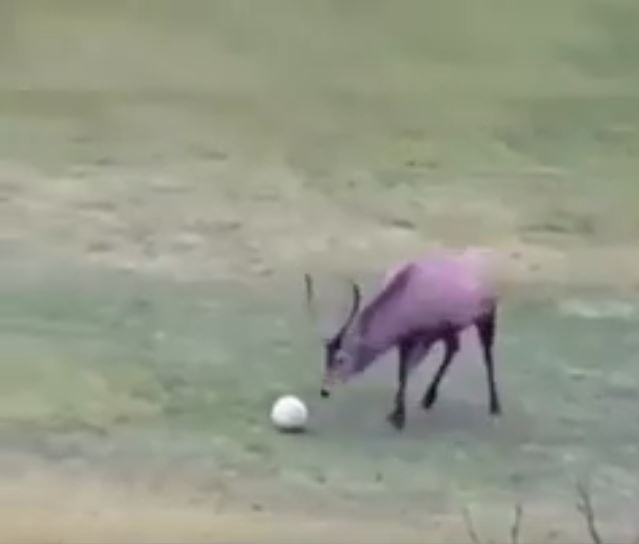 Not bad on the floor, but not exactly good either, if you know what we mean. Although, we’re not sure whether or not they should be allowed to use those antlers when they play. We know they can’t move them around, but it still seems a little advantageous, and no one likes a dirty handballing cheat like Thierry Henry. 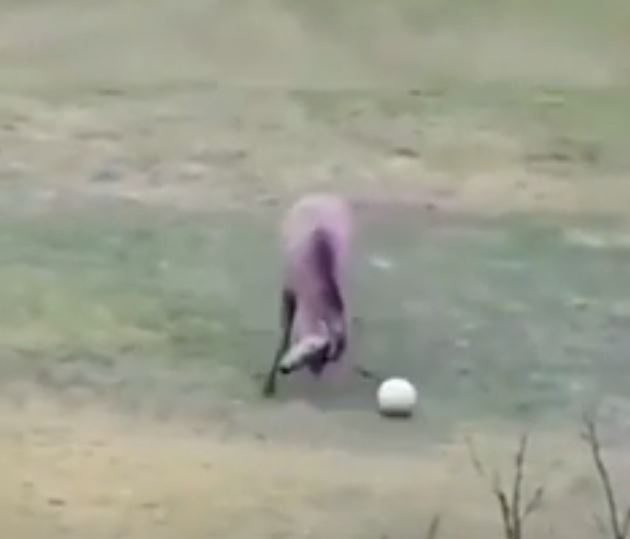 Still, let’s not take away from the fact that this deer zeros in on goal like Lionel Messi. He’s got the tricks, he’s got the moves and he’s got the shimmy. Then, as he approaches, you can see the steely intensity in his eyes as he targets the bottom corner and unleashes the bloody fury. 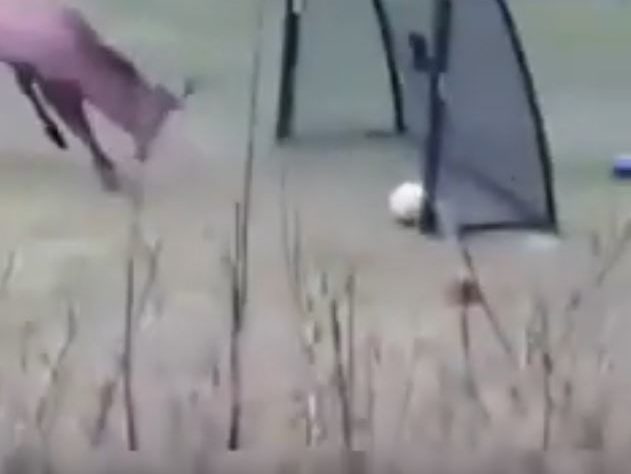 F**k yes, deer! F**k yes! Just like a Harry Kane strike, it’s liable to break the bloody net. It’s finished with aplomb and the keeper is nowhere to be seen. It’s no wonder the deer spins away in jubilation. The home crowd explodes into song, and his teammates swamp him, piling on, mussing his hair and exchanging customised handshakes. He finishes off with a kiss of the badge. What a strike. What a goal. What a player.

Final thought: It’s pretty obvious to us that as time passes, the animals are getting smarter and smarter. It can surely be only a matter of time before the ungulates form a team and challenge us to a match that will be watched by billions. To that we say, bring it!

Just in case you missed it, here’s one of Ozzy’s latest commentary videos…Ozzy Man Reviews: Ozzy Man Interviews GoT Actors (The Final Time)