Things have been pretty serious on the Korean Peninsula for a while now. There’s been US Submarines, North Korean weapons tests, threats of war, and intense conversations between the North Korean leader, Kim Jong Un, and South Korean President, Moon Jae-in. It’s been hectic. Thankfully, we have Kim Jong Un’s bodyguards running beside his car to help us make light of the situation.

“Any room in there for us, Dear Leader?” Credit: RT.com

The video you’ll see down below was filmed around lunchtime during crunch-peace-talks in the demilitarised zone. As you’re no doubt aware, North and South Korea have been at loggerheads for quite some time. Apparently, back in 1950, war broke out when the two countries fell in love with the same girl. From there, it was all downhill, and the two have barely spoken ever since. Apparently.

Anyway, now that President Trumpf has come in to save the day, he’s inspired the two warring nations to get over it, bro-hug it out and say, ‘war, yeah-nah, what is it good for?’

There’s still debate as to whether or not Trumpf’s input was actually helpful or whether the two countries thought, perhaps if we just get along, he might leave us alone. 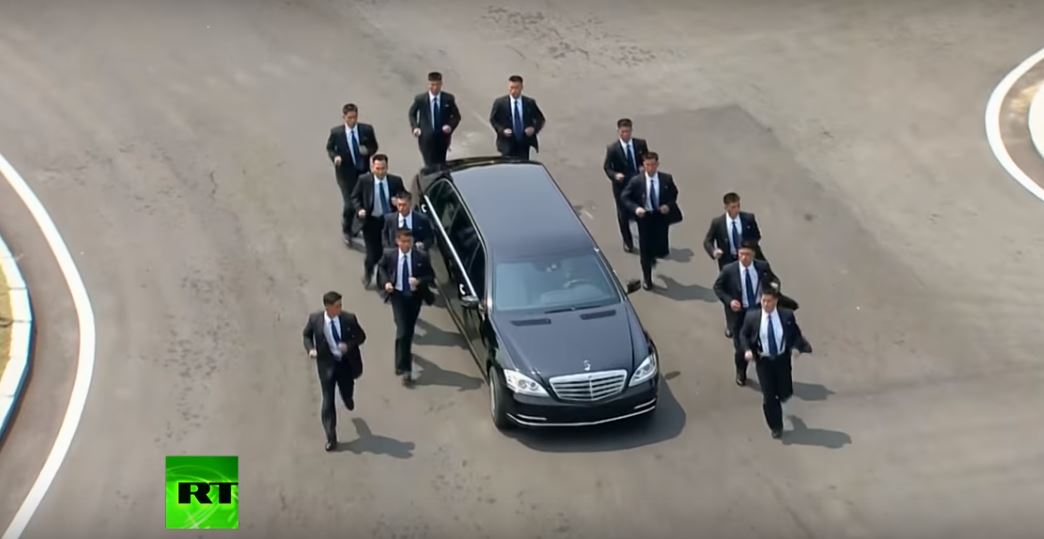 Off the record, Kim told Moon that, “we’re not doing anything nearly as overtly homo-erotic as Trumpf and that Emmanuel Macron.”

In return, Moon told Kim that he thought that was a bloody grouse idea. Which, presumably, is why they didn’t have lunch together, and in circuitous fashion, what brings us back to our purpose: North Korean bodyguards running besides the Dear Leader’s fancy-pants automobile. 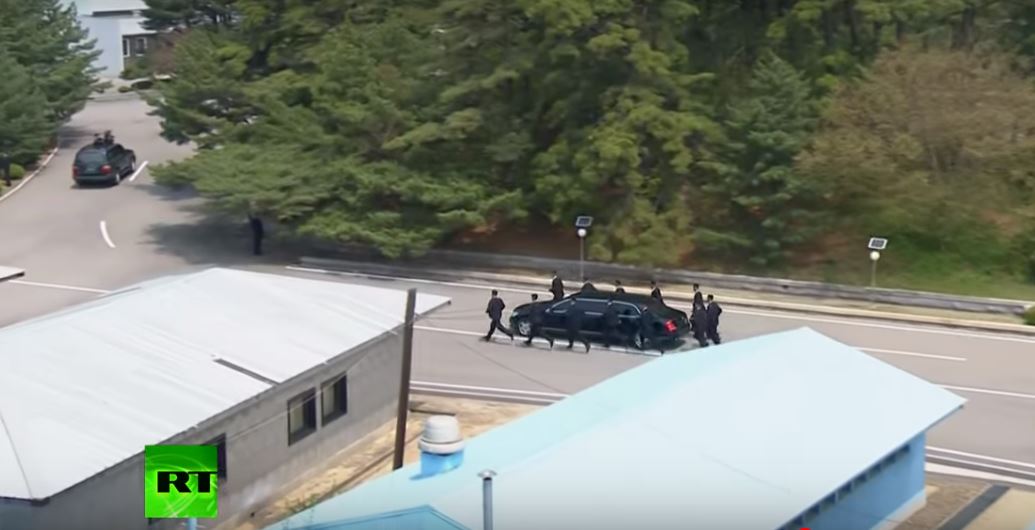 “Please be a traffic light up ahead. I need a breather.’ RT.com

And would you have a look at these guys? I’d say they put Random Task from the Austin Powers movies to shame with their chiselled physiques – and presumably their ability to throe shoes – but seeing as the actor has already got himself thrown in prison and seen to that, there’s not much point!

Seriously though, these guys look like they could fight anything and win. Even Trumpf’s hairpiece. They’re like Asian terminators. Look how easily they run beside that car. Proper suits and everything. D’ya reckon when they sign up, it’s on the job description? Look tough, die for the Dear Leader if necessary, run beside his car. 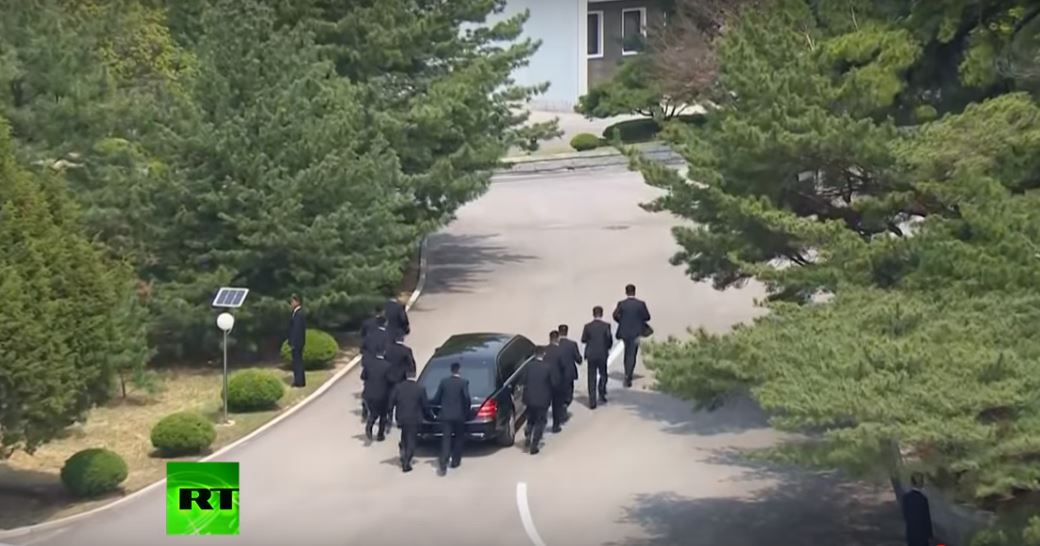 Final thought: You’ve gotta wonder– with guys like that keeping guard, would anyone really be brave enough to try and poison Kim? Is his home chef that amazing that he had to return to his own country in order to eat? Or is this just an elaborate way to make sure his guards are fit and ready to fight. Who knows? Let’s just hope peace on the Korean Peninsula sticks and the guards can one day experience the privilege of riding in the car.

Whenever something huge happens in the world, we invariably see celebrities and personalities having their say on things. Some people don’t really like that. We’re not sure it’s a bad thing. Yeah, nah, we actually rec...