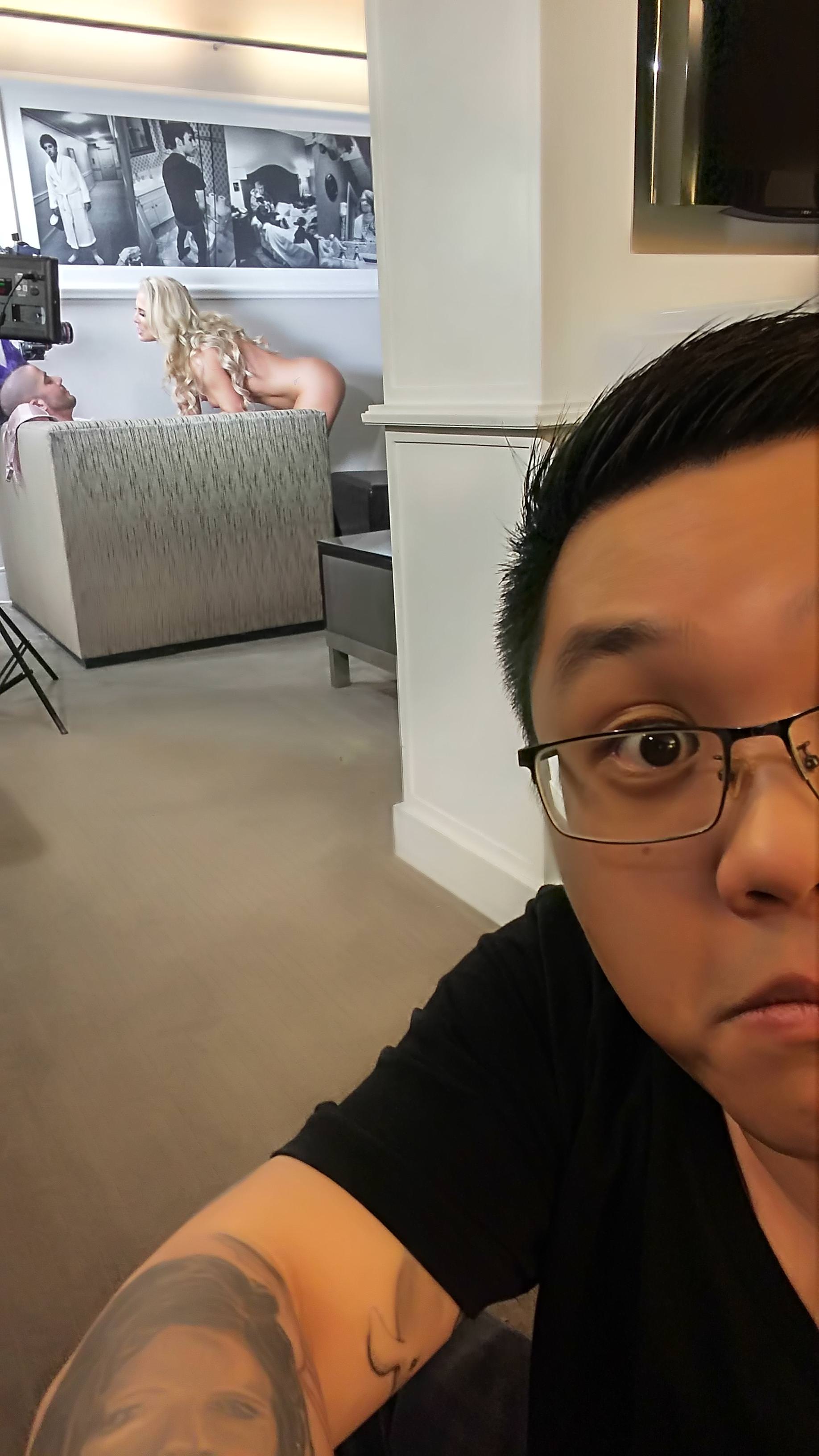 As you can see, George seems like a normal enough guy who figured it was about time the crew got some loving. He probably means that in more ways than one though. 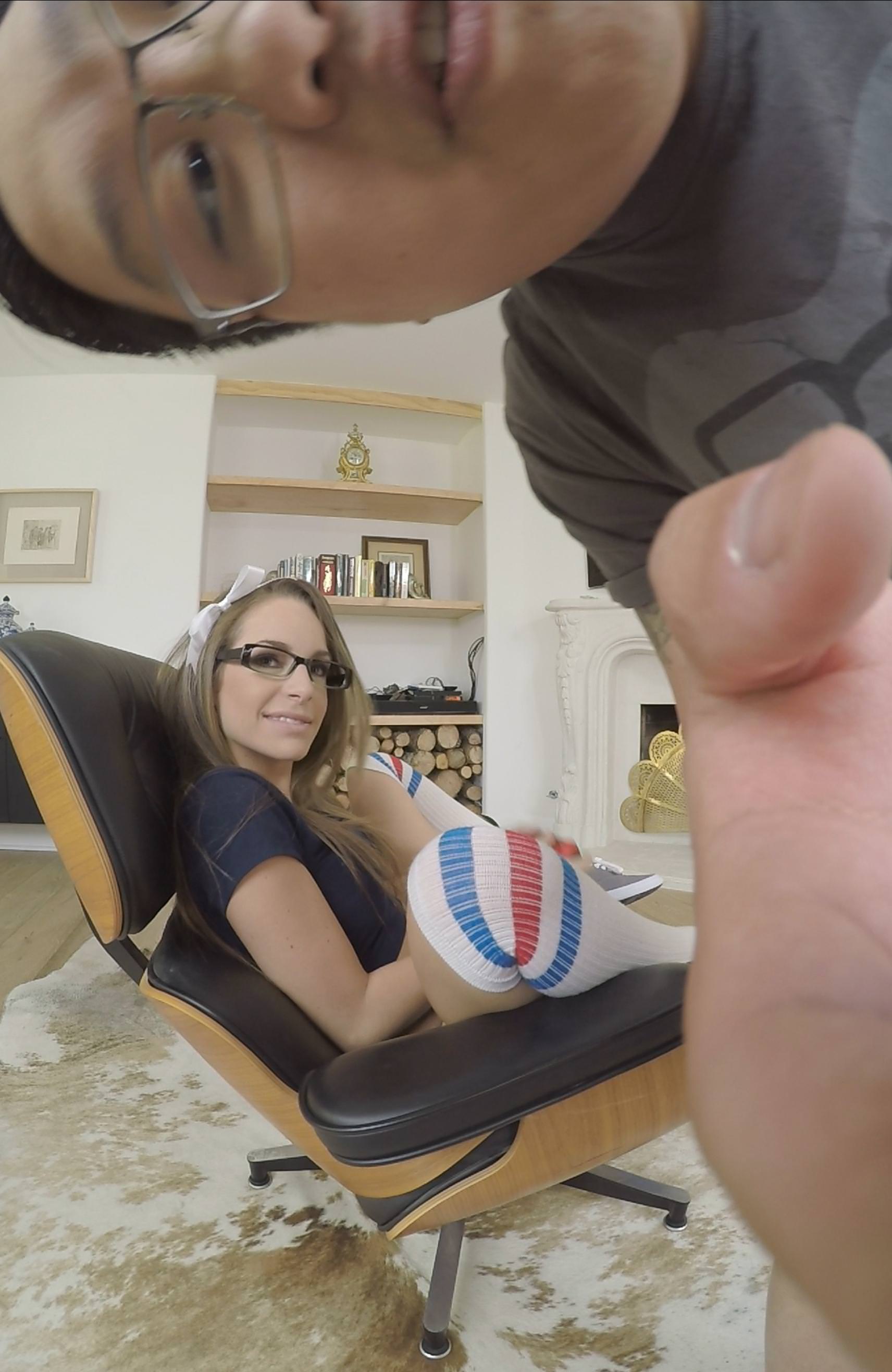 Here he is on the job. Credit: George 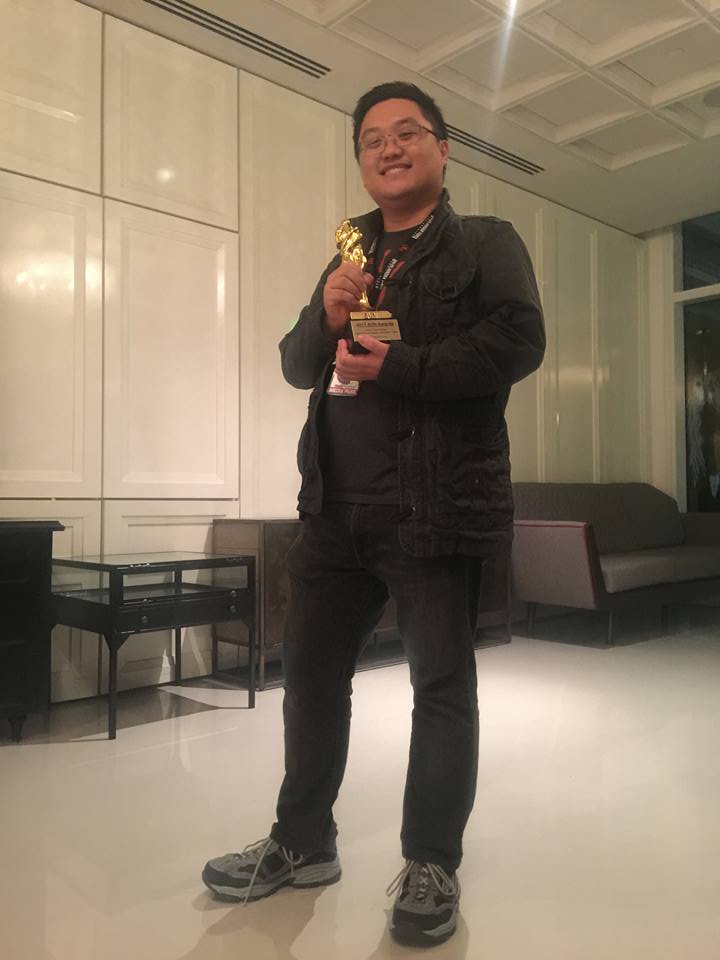 Here he is with his AVN award. Credit: George

Naturally, readers had a few questions to ask. Here are just a few of them…

That’s a great question. It certainly should be copyrighted.

This is possibly the creepiest thing I’ve ever heard. 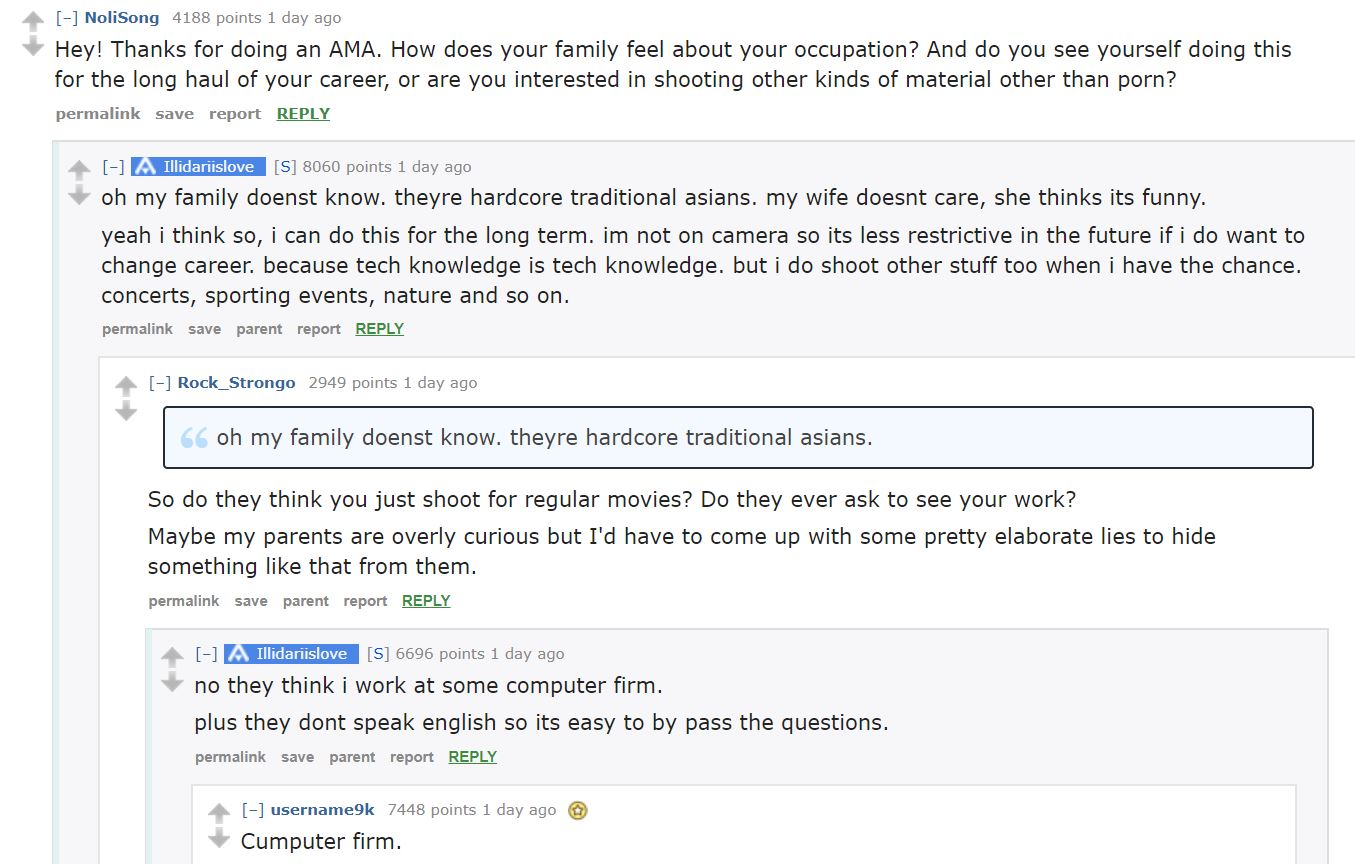 Now there’s a practical question. Can’t be easy being the cleaner though. “Can you guys please, for the love of all that is holy and not sticky and gross use some towels?”

If you can identify your workmates by their dicks, it’s probably time for a new career.

I dunno if I’d really want to eat chorizo after being surrounded by sausage all day.

If this is the sort of questioning that interest you, then check out the link. There’s loads more there for you to enjoy.